The A6 is Audi’s midsize luxury sedan, a rival to other luxury stalwarts like the BMW 5 Series, Mercedes-Benz E-Class, Volvo S90, Lexus GS, Cadillac CTS and Jaguar XF.

This sedan sits on the higher end of Audi’s sedan lineup; it’s larger than the base A3 and the A4/A5 compact sport sedan/coupe duo but smaller than the A7 (with which it shares most of its components) and the full-size A8. 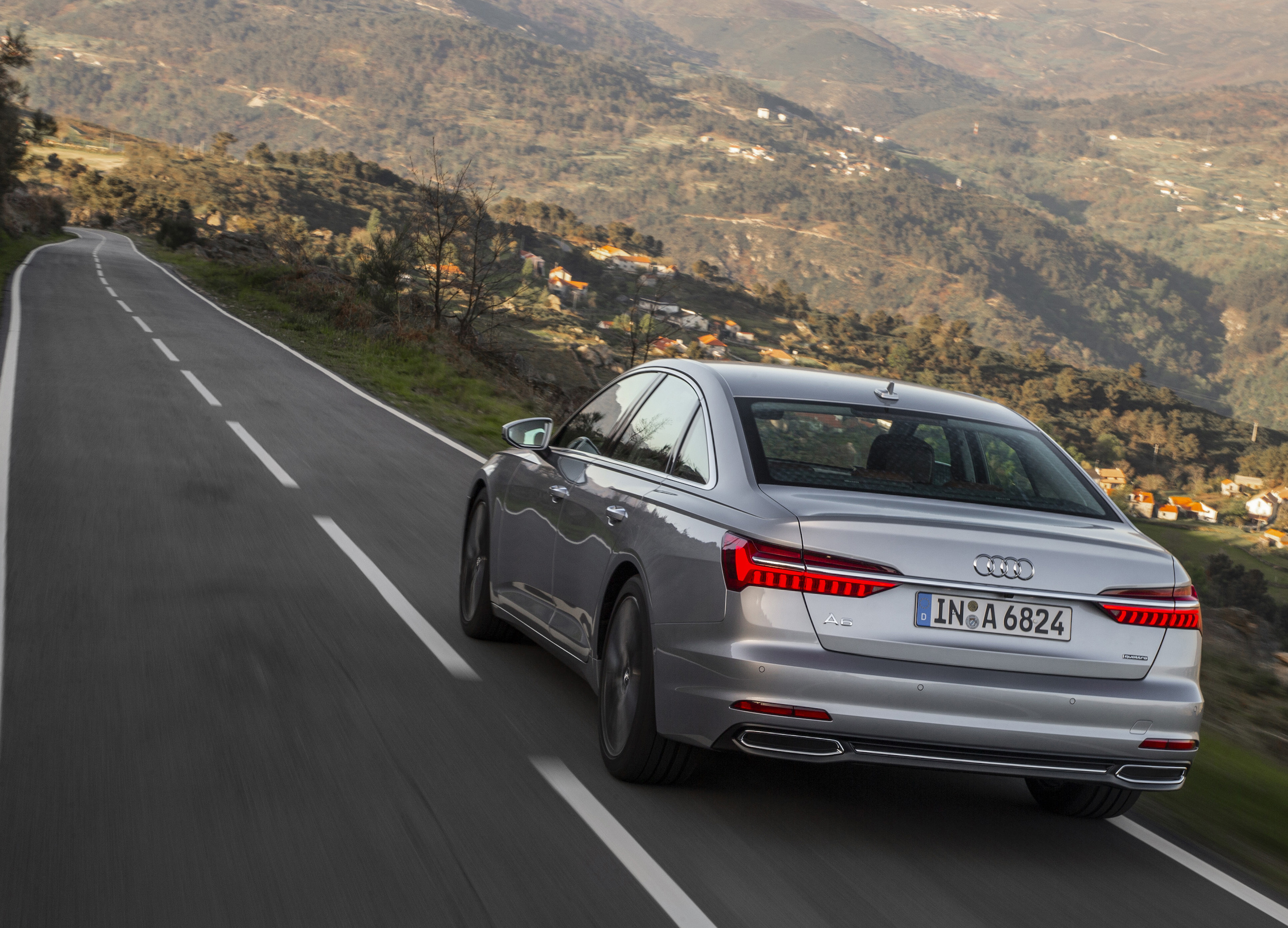 The A6 is all-new for the 2019 model year. This fifth-generation model is launching with a turbocharged 3.0-liter V6 that makes 335 horsepower and 369 pound-feet of torque. It’s paired with a seven-speed dual-clutch transmission and Audi’s esteemed quattro all-wheel-drive system.

Audi will introduce a cheaper base A6 with a turbocharged 2.0-liter, four-cylinder engine this coming summer.

In the U.S., the A6 is sedan-only, though Europe gets a wagon version. Later, Audi will likely roll out the performance-oriented versions; first the S6 and then later still the RS6 should debut. The previous generation of RS6 was wagon-only and thus not destined for the U.S. market but there are rumors that the next one could land here.

TLDR: Gleaning interior of the future, smart switch to a turbo V6. 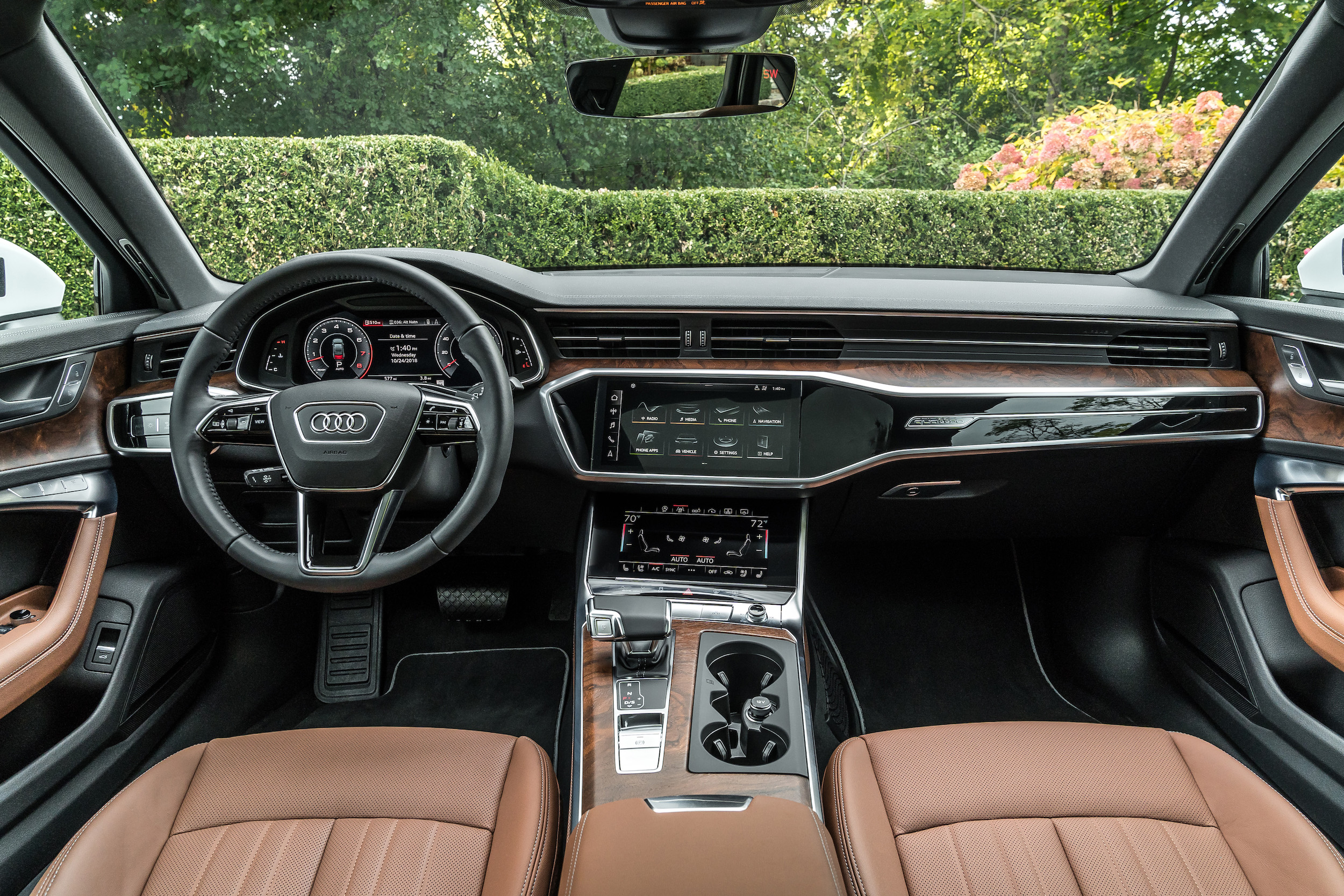 The interior. This alone will be a key selling point for Audi’s A6. The insides of this thing are class-leading. The dashboard is highlighted by two gorgeous touchscreens with both audible and haptic feedback (you feel a light click when you touch them). They control nearly every function in the car; their layouts and menus are intuitive yet stylish and the system’s performance is fast. Audi wisely programmed in multiple ways to do the same task so rather than forcing customers to learn its system, the system will respond to the command type that the user is most comfortable with.

The engine. Previously, the A6’s V6 was supercharged, but the switch to a turbo means the power is available during more of the acceleration curve so the fun is too. After you get past a wee bit of turbo lag, there’s gobs of mid-range oomph. Or just keep the car in the sportiest of its five driving modes (Dynamic) and the lag disappears entirely. We liked this. A lot.

Is that the new one? Audi’s designers played it safe with the A6’s exterior. Their thinking was that those buyers who want to make a bold statement will opt for the more progressive and eye-catching (yet mechanically identical) A7 four-door coupe. Still, this design is cold, uninspired and too similar to the outgoing generation for our taste. Audi missed an opportunity here to match the stellar interior with an equally impressive exterior. 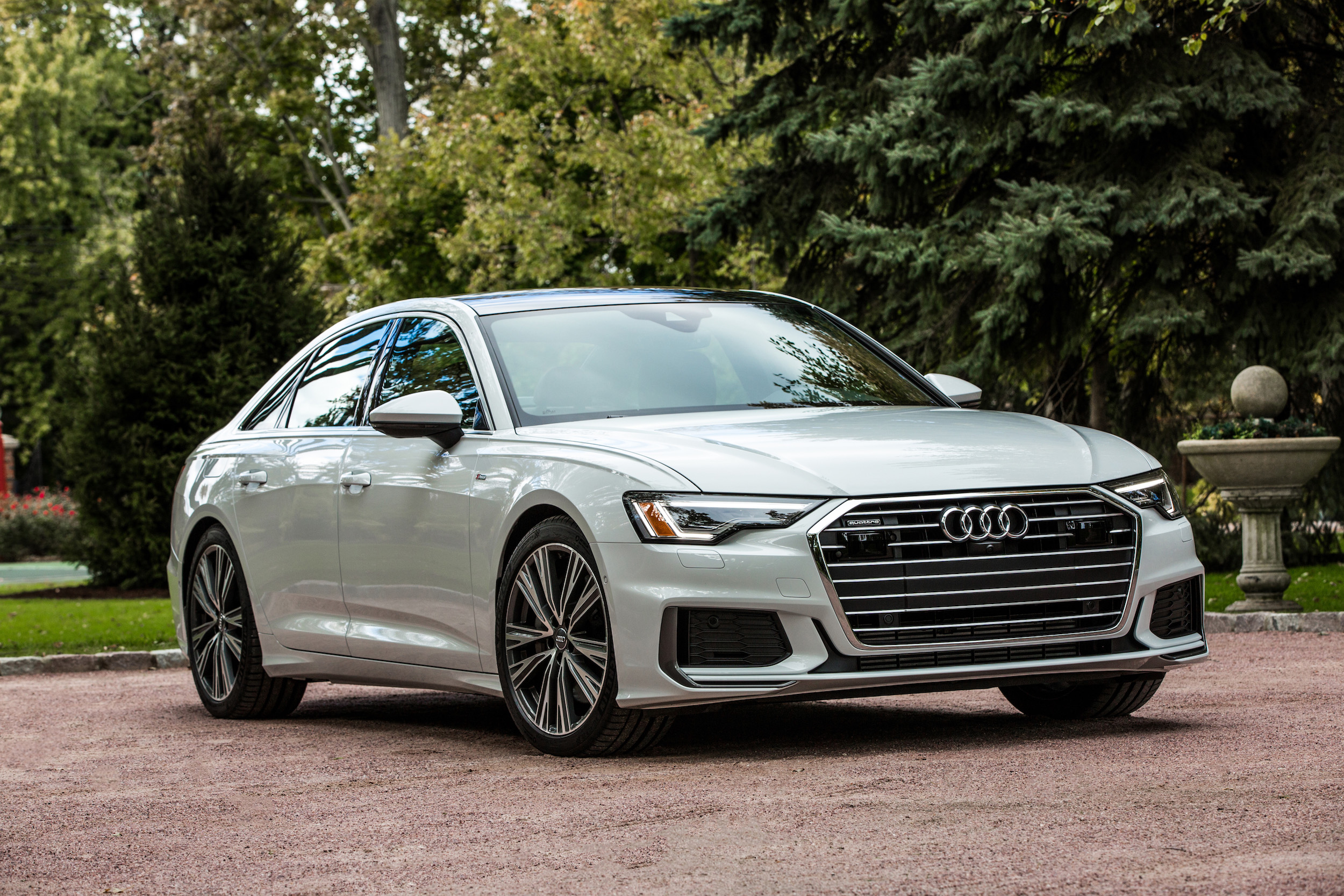 Less agile than some rivals. The A6 looks like it drives; conservatively. The handling is perfectly fine for daily driving, but we wouldn’t call it -- or the steering -- particularly engaging. Nor does the car feel light on its feel when you toss it around; a BMW 5 Series or Cadillac CTS will be more fun in this department.

Total Rating: 4 out of 5 stars

As we mentioned, the base A6 with the Premium trim starts at $58,895. That includes the turbo V6, quattro all-wheel-drive, navigation system, a 10-speaker, 180-watt sound system, 7-inch digital instrument panel display, two touchpads in the dashboard, LED headlights and taillights, a panoramic moonroof, wood trim, parking sensors, leather seats that are heated up front and 19-inch alloy wheels.

The Premium Plus starts at $63,695, including destination. It adds to the base model a fully digital instrument panel with a 12.3-inch customizable screen, the larger touchscreen in the dashboard, a Bang & Olufsen sound system with 16 speakers and 705 watts, a 360-degree parking camera, rear cross-traffic alerts and matrix beam headlights.

If it’s our money on the line, we’d opt for either the pure base Premium model (everything you need, nothing you don’t) for $58,895 or the Premium Plus model with the Driver Assistance Package for $66,445.

The A6 competes in a tough class of industry benchmarks so there are several great alternatives if you’re not set on the A6. BMW’s 5 Series is probably our favorite at the moment, largely for how it blends luxury and performance like no one else.

The Mercedes E Class is for the more conservative buyer; its interior is conservative compared to Audi’s tech-centric approach, but no one can match the Benz for tasteful elegance.

Volvo’s S90 sedan is an understated alternative that’s worth considering. While it comes with a four-cylinder engine only and its handling prowess isn’t on par with the A6, it does offer equal levels of design, luxury and panache. Reliability is its biggest weakness currently.

Skip Jaguar’s XF; while it’s a nice alternative to the Germans, reliability remains an issue. Plus, whatever you’re looking for it to do, one of the Germans can likely do it better.

The Lexus GS is old for its generation so many of its features (engine tech, interior design and amenities) won’t be on par with the A6 but it sells for less than the Audi in case you’re looking for more of a bargain.