Would we buy one? Absolutely.

Vehicle Type: The Audi Q5 is a midsize premium SUV.

A 362-horsepower, turbocharged 2.0-liter four-cylinder and two electric motors with 369 pound-feet of torque.

A seven-speed automatic transmission and all-wheel-drive are standard. 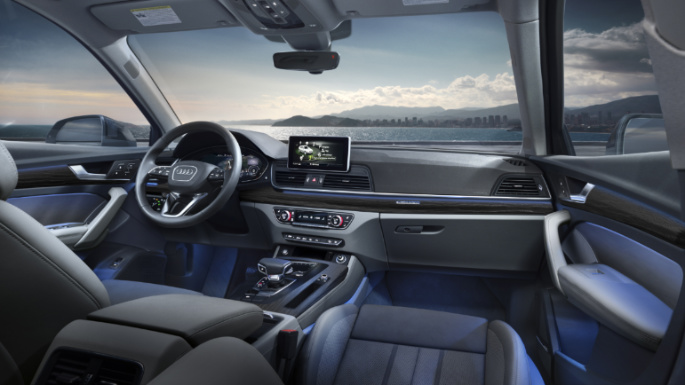 The 2020 Audi Q5 scored well in crash tests performed by the Insurance Institute for Highway Safety (IIHS). It earned Good ratings in each crashworthiness category and top Superior ratings with both its standard and optional front crash prevention tech. 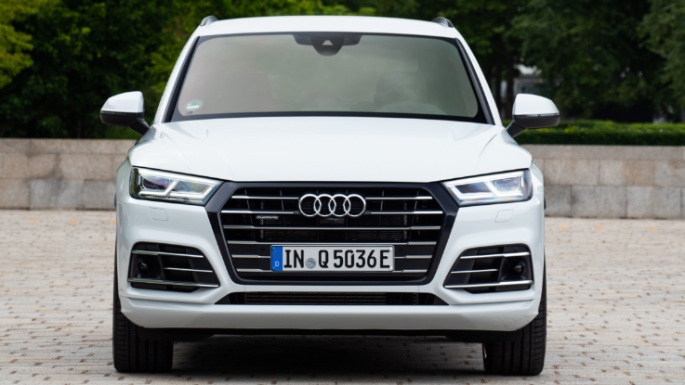 Though it has a price tag that checks in at over $43,000 to start, the Q5 can still be considered a good value. That's because of Audi's equipment packaging. The base model comes well equipped with many high-end features, such as a power liftgate, tri-zone climate controls, a 7-inch infotainment display, a panoramic moonroof, and more. Many of the Q5's rivals charge extra for some or all of these features.

Top-end Q5 models can be quite expensive, especially compared to non-premium crossovers, but they are loaded with desirable features not available on some models. The Prestige trim comes with a 19-speaker Bang & Olufsen sound system, a navigation system, a head-up display, among other lavish features. Unlike some of its premium counterparts, the Audi is available with a series of added cost options packages that can quickly drive its price. 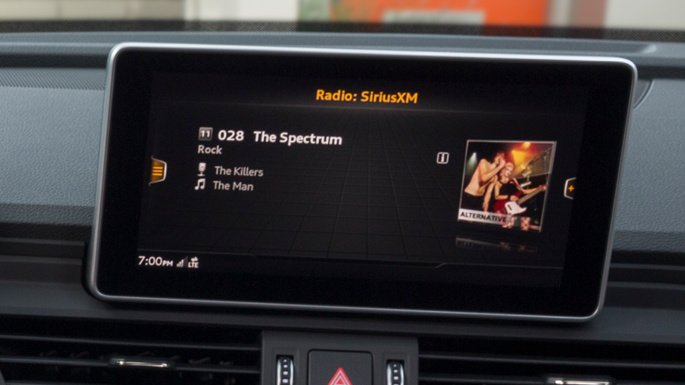 Audi's Virtual Cockpit is truly a sight to behold. Beyond the essential functions that many drivers are used to seeing, such as a speedometer and tachometer, the digital cockpit opens up the ability to view navigation and other pertinent information right in the instrument cluster. Combined with the infotainment screen, this feature can almost deliver information overload, but it can also help keep the driver on course and eyes on the road more. 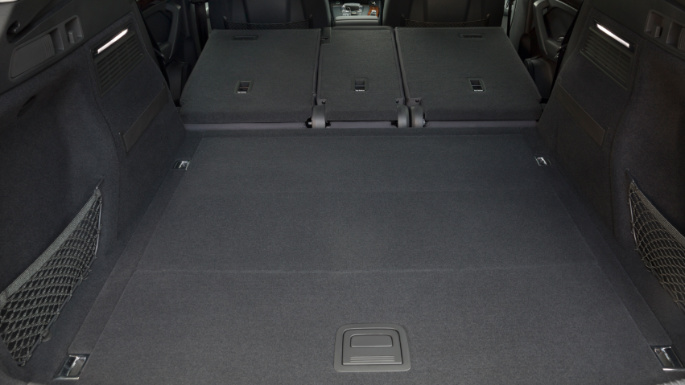 Behind the back seats, the Q5 offers 25.1 cubic feet of cargo space. That's less than most of its competition, but split-folding rear bench opens the space up quite a bit to 53.1 cubic feet.

Audi scattered thoughtful small-item storage spaces throughout the Q5's cabin. There are tons of bins and small cubby spaces to store keys, change, wallets, and electronic devices. The Q5's door pockets are decent, but the front cupholders are awkwardly positioned, which can make it hard to reach around tall cups to reach the infotainment display. 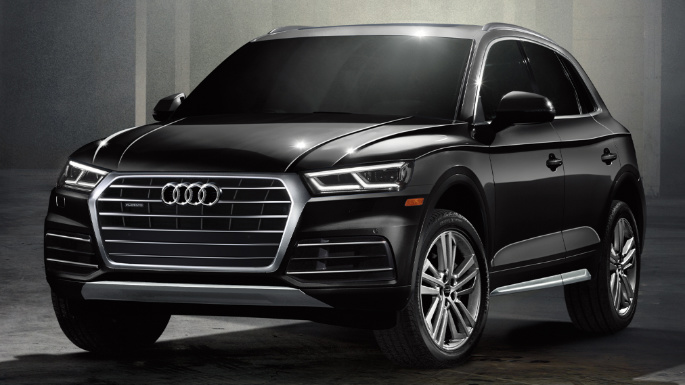 The Q5 features sweeping styling that gives it a sleek look with a trademark Audi clamshell tailgate and more than a passing resemblance to the company's other SUVs.

Inside, the Q5's controls and displays are laid out intuitively. There's little happening in the dash that can't be seen and touched by either front passenger, which makes the crossover more driver-focused. The front seats are exceptionally comfortable, and both rows feature generous head and leg room. Outward visibility is decent, though large D-pillars obstruct the view and create larger-than-necessary blind spots. 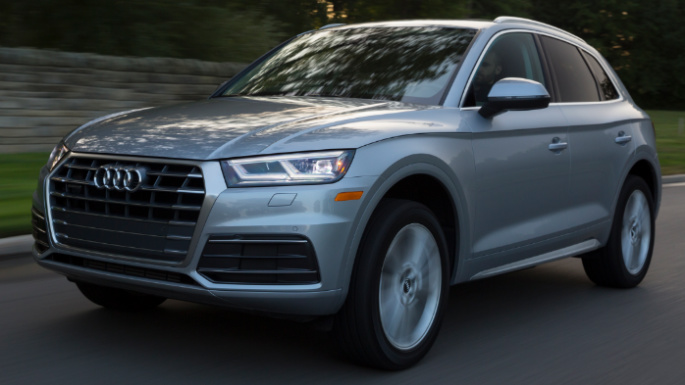 The Q5 can hustle to 60 mph from a standstill in around 6 seconds, quick for an SUV of this type. The hybrid powertrain feels even more lively than that, thanks to more low-down torque, and standard AWD creates better traction on slick surfaces.

But despite its sporty leanings, the Q5's steering feel is numb and doesn't communicate much about what's happening with the front wheels. Selectable driving modes help tighten things up considerably. They can change the steering weight and throttle response. 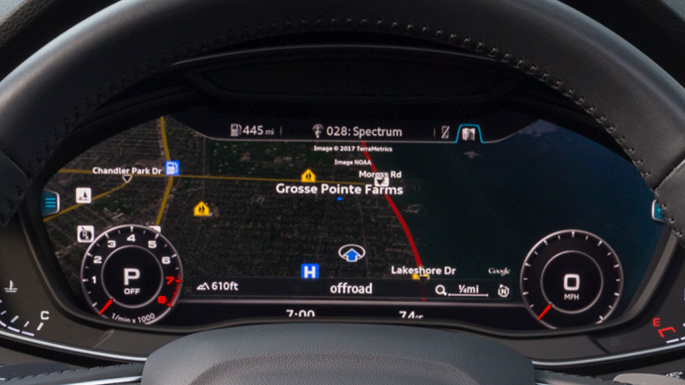 With the standard gasoline powertrain, the 2020 Audi Q5 is rated at 22 mpg city, 28 highway, and 24 mpg combined. The Q5 TFSIe plug-in hybrid received EPA-estimated gas mileage ratings of 27 mpg combined and up to 65 MPGe, the equivalent of efficiency while in electric-only mode.

The Q5's fuel economy numbers are just behind the BMW X3 and are on par with what is seen from the Volvo XC60 and Mercedes-Benz GLC. And all four of these vehicles are also available as plug-in hybrids with similar efficiency.