The BMW 8 Series is a range of grand touring cars that includes a coupe and a convertible, as well as a performance-oriented M8 Coupe and M8 Convertible. For this review, we’ll focus on the standard range of 8 Series cars, which includes the 840i and M850i xDrive models. The cars were originally produced in the 1990s and even starred in a James Bond film; eventually, they were discontinued due to poor sales.

The line was reintroduced in 2018 and expanded later to include the BMW M8 variants.

The 8 Series is aimed at new car buyers shopping for a luxury touring vehicle or a performance car in the premium segment. The cars are expensive, with a starting price of nearly $90,000 for the 8 Series Coupe, but that’s not completely out of line with what we’d expect from vehicles in this segment. 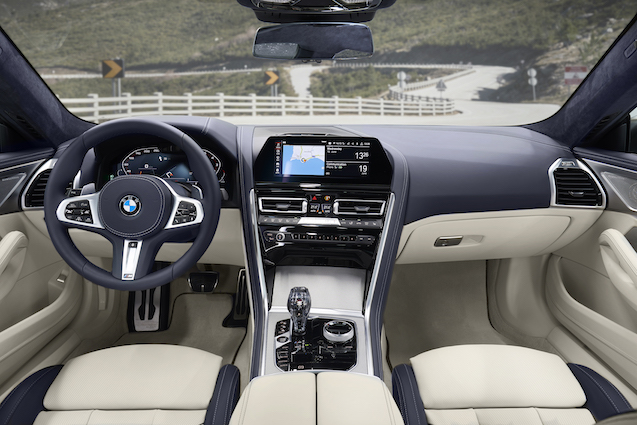 At the top end, the M850i models can feel like an outright bargain when considered against competitors like the Mercedes-AMG S63, which reaches upwards of $170,000.

In general, the 8 Series is in a tough spot because of its mild-mannered to crazy personality. Because of this and its wide price range, this BMW can be shopped against a variety of models, including competitors from Aston Martin and Mercedes-Benz.

TLDR: Gorgeous cars that have noteworthy performance and a high level of flexibility.

Beautiful: Beauty is in the eye of the beholder, but the 8 Series cars are both striking and unique in their designs. As large cars, they have a great presence, both in motion and when parked. A long hood and sharply sloped windshield give the cars a stance that is reminiscent of the sweeping and curvy cars of many decades ago. Inside, materials and design are fitting of a $100,000+ vehicle, and there is a sense of minimalism throughout the cabin. Buyers can even opt for a crystal gear shift lever and various control buttons – unnecessary but gorgeous, nonetheless.

Flexible: Few vehicles deliver as a “total package,” but the 8 Series gets top marks in all the most important categories. It’s comfortable and smooth as a long-haul touring car, competent as a canyon-carving weekend car, and thrilling on the track – especially the M850i cars. This high level of flexibility comes thanks to the cars’ selectable driving modes, which change the engine, steering, suspension, and other settings to match the type of driving being done. It helps the 8 Series feel like buying several cars in one and makes the BMW a true standout.

Performance: Plenty of vehicles deliver the 8 Series’ level of performance, but few can do it so effortlessly. The M850i’s 4.4-liter V8 delivers a twin-turbo punch to the tune of 523 horsepower, and the eight-speed transmission so competently finds its gears that there’s little need to engage the paddle shifters. The car’s breathtaking acceleration is aided by xDrive all-wheel drive, that effectively gets power to the ground and gets the car moving quickly.

Even the 3.0-liter that comes in the 840i models can deliver 0-60 mph times that hover around five seconds, which is more than quick enough for most drivers. It’s also the perfect level of “grunt” for road trips and long-haul cruising.

TLDR: Artificial exhaust sounds, little to no back seat space and an intimidating parking experience.

Artificial Exhaust Sound: The 8 Series’ exhaust note is glorious on its own, especially in Sport and Sport + modes, but BMW still felt the need to artificially supplement the sound through speakers inside the car. It’s especially noticeable when starting in Comfort mode, where there’s a moment of loud exhaust sound before the tone evens out. While it doesn’t detract from the car’s performance or external soundtrack at all, it’s completely unnecessary.

Tiny Back Seat: It’s true that almost no one is buying one of these cars intending to use it as a family transporter, but it would be nice to have the option of carrying more than two people at times. The 8 Series’ rear seat is nearly unusable by adults and even made trouble for my kids, who at ages six and two had trouble squeezing their feet behind the front seats when they were adjusted to a comfortable driving position. For a two-door car this large, a serviceable back seat should be table stakes. 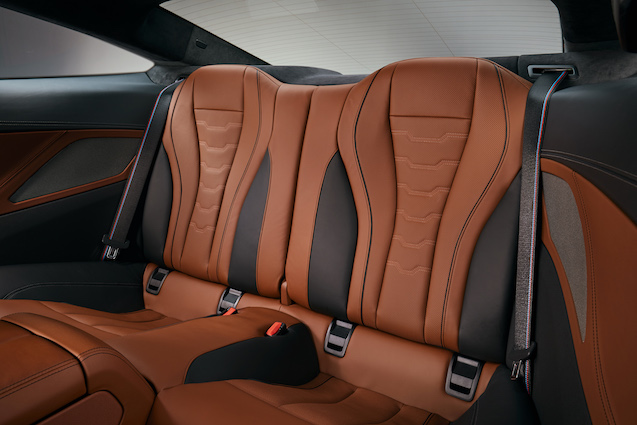 Limited Outward Visibility: Beauty giveth and beauty taketh away. The same sweeping window line and long hood that give this car its considerable presence also make it hard to judge distance and position when parking. This makes park assist a near must-have option. Maneuvering in tight spaces can feel intimidating, but there are cameras and a great view on the infotainment screen to help. 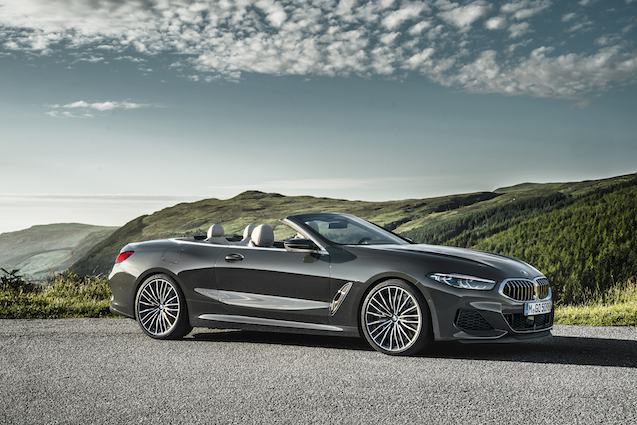 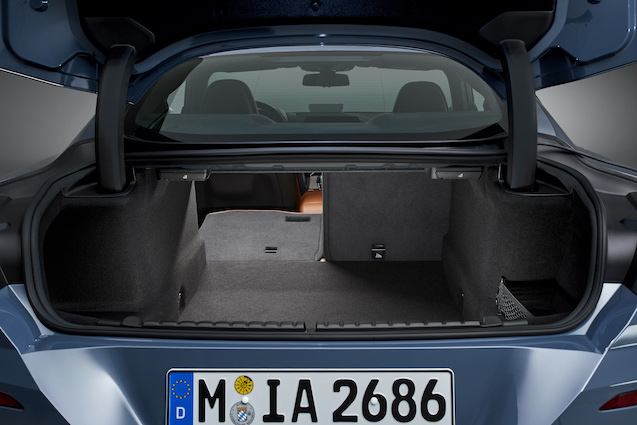 Upgrading to all-wheel drive will cost $2,900. The convertible starts at $98,395 with destination but before taxes.

The M850i xDrive Convertible has a starting price of $122,395, including destination but before tax.

If we were going to spring for the 8 Series, a move to the M850i would make the most sense. The extra power and added performance from the V8 engine and upgraded M parts make the cars feel much more valuable and memorable, despite the substantial price premium over the 840i cars. 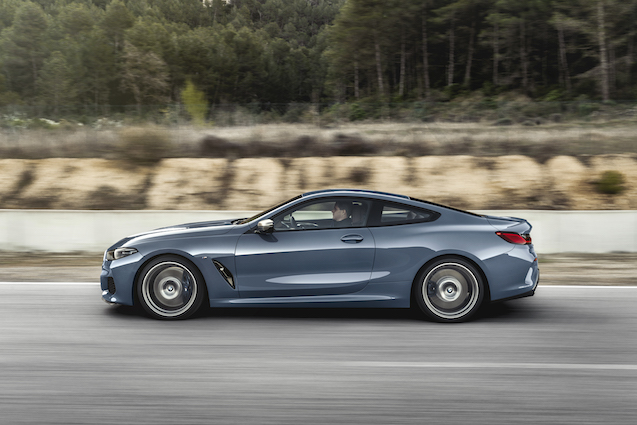 The 2019 BMW 8 Series sits in a tricky spot because of its spread of touring car comfort and screaming performance abilities. Depending on the buyer, there could be a cross-shop between anything from an Aston Martin Vantage to a Nissan GT-R. This not only means the BMW could get lost in the shuffle, but it also makes for a tough time judging the competition. A handful of Porsche models could be thrown into the mix for good measure.

The most direct non-German competitor is the surprisingly great Lexus LC 500. At just over $90,000 before any options, the Lexus has a solid (and great-sounding) 5.0-liter V8, a world-class interior, and eye-catching looks.

Any shopping the M850i models should also check out the Mercedes-AMG GT, which starts at around $117,000 and has a screaming turbocharged 4.0-liter V8. The GT doesn’t have a back seat, which is just as well because the 8 Series back seat is an afterthought.

The Mercedes-Benz S-Class is another obvious competitor, with both a coupe and a convertible available. Pricing ranges all the way up to a whopping $170,445 for the AMG S63 model with a hardcore 603 horsepower engine.