The BMW X5 was introduced in 1999 as the company’s first SUV and was built on a unibody platform playing an essential role in the shift away from truck-based body-on-frame SUV designs. BMW dubbed this model an SAV – a sports activity vehicle – to promote the vehicle’s handling and performance as a stand-out relative to its competitors in the SUV segment. Each generation grows slightly in size and high-performance variants are available in the three most recent generations. 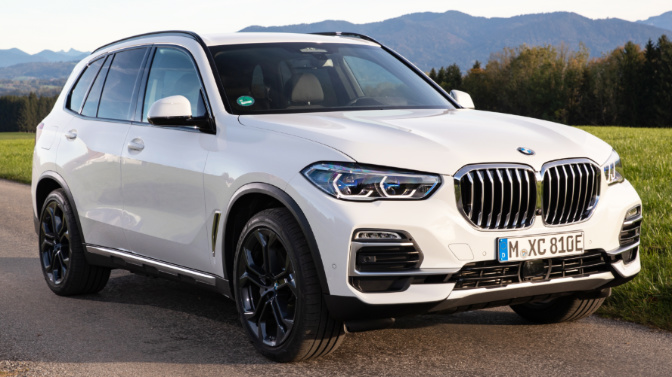 The current generation of X5 was launched in 2018 for the 2019 model year and continued production mainly at the Spartanburg plant in Greer, SC.

The two models released for 2019 were the xDrive40i and the xDrive50i sporting 3.0-Liter 335-hp six-cylinder and a 4.4-Liter 455-hp V8 engines respectively, both which came standard with all-wheel drive.

For the 2020 model year a rear-wheel drive sDrive version was also added to the lineup as well as another high-performance M variant.

The performance M model (M50i) comes fitted with a 600-hp twin-turbo 4.4-liter V8 engine and it drives with as much getup as expected. The newest X5 M goes 0-60 mph in just 3.8 seconds with a top speed of 180 mph with the optional M Driver’s Package. 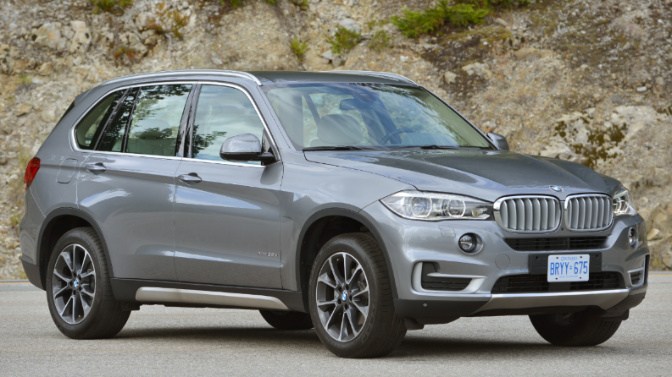 BMW used ultra-high-tensile steel in the body structure and thermoplastics in the side panels to make the new X5s roughly 200 lbs lighter than equivalent models of previous generations.

For the 2018 model year the X5 also received the option for Apple CarPlay compatibility.

In 2015 another high-performance M variant was released with a 567-hp 4.4-Liter V8 twin-turbocharged engine and continued production until 2018.

In 2015 BMW also released a hybrid version of the X5 known commonly as the X5 xDrive40e that came standard with a 242-hp 2.0-Liter turbocharged engine coupled to a 111-hp electric motor and a 9.0 kWh battery. 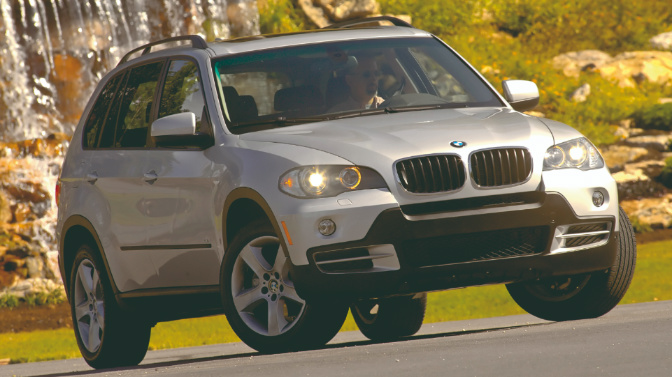 The second generation of the X5 entered the market with slight styling changes and major feature improvements. BMW’s iDrive system became standard on all models, while the option for manual transmission was eliminated, and the option for a third row of seating was introduced – the first time that option had been available in a BMW.

The 2007 model year entered the market with two powertrain options: a 3.0-Liter 260-hp six-cylinder and a 4.8-Liter 350-hp V8 both with six-speed automatic transmissions. New high-tech features were available for this generation to compliment a redesigned interior and included options for a heads-up display, active steering, active damping, and Dynamic Drive which actively counteracts body roll.

In 2008 the X5 received slight updates to include a standard sunroof and a power tailgate option. An update to the 2010 model year saw improvements to the iDrive system and navigation graphics while HD radio became standard on all models and a top view parking camera was introduced as an option.

In 2009 a 3.0-Liter 265-hp turbodiesel model was added to the X5 lineup, the first diesel option in the X5 family to be offered in North America.

A high-performance M variant was introduced in 2010 that features a 547-hp 4.4-Liter V8 twin-turbocharged engine. This variant was hailed as one of the most powerful cars in its class and continued production until 2013.

For the 2011 model year the X5 was given a slew of upgrades including Premium and Sport Activity trims and new engines paired to a standard eight-speed transmission that were lighter and more powerful than the equivalents on previous models. 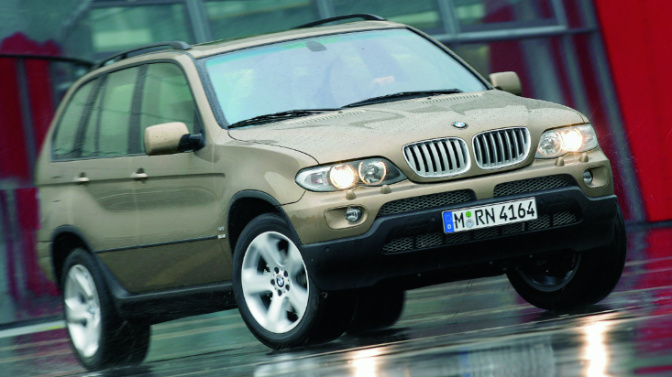 In 2000 BMW launched its first SUV, the BMW X5. The X5 was BMW’s first standard four-wheel drive vehicle although 60% of the engine’s torque was routed to the rear wheels to provide a feeling similar to BMW’s rear-wheel drive sedans.

BMW owned Land Rover from 1994 to 2000, coinciding with the initial design cycle of the X5 and thus this first generation shared a lot of components with the Range Rover L322 model. This included the entertainment system, the hill descent system, and the off road engine management system.

In 2003 Brakeforce Display was added as a standard safety feature that warns following vehicles in emergency braking situations. Dakota leather upholstery was also made standard for the 4.4i model and optional for the 3.0i model.

The 2005 X5 model saw the additions of front lumbar support and automatic climate control as standard on all models.

In 2004 the 4.6is was replaced to an upgraded 4.8is that came with an improved 355-hp V8 engine. In 2004 the base X5 model also received updates, introducing the new xDrive four-wheel drive system, a new 4.4i engine that increased power output on standard models from 290 to 315-hp, and a switch of the transmissions on all models from a five-speed to a six-speed, as well as redesigned headlamps and taillamps.

An X5 Security edition was also debuted in 2004 that boasted ballistic protection for the windows, an intercom to speak to people outside the vehicle, an assault alarm, and run-flat tires.