The iconic Chevy Impala has changed and evolved significantly over the years. Since its introduction in 1958, production of this classic sedan has halted and restarted multiple times, but it has remained a stable reminder of Chevrolet's rich history, as well as a timeless contribution to American automotive design. 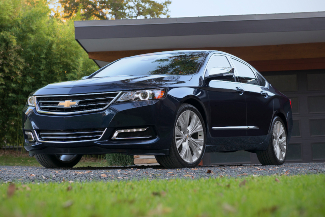 In 2014, Chevrolet unveiled an exciting redesign loosely influenced by the Camaro and Malibu, much to the delight of Chevy enthusiasts. In addition to new optional technologies such as a rear-view camera, blind spot monitors, ventilated seats, keyless ignition and more, the latest version of the Impala features a 4.2-inch color display (with Chevy MyLink integration) in the cluster, as well as an eight-inch screen in the center console that includes navigation technology and Bluetooth and smartphone integration.

The tenth-generation Impala also boasted a sculpted exterior and a more upscale interior design. This model is also larger than the previous iterations of the vehicle. Buyers can choose between a 2.5-liter 4-cylinder engine -- the first 4-cylinder offering in an Impala -- that produces 196 horsepower or a 3.6-liter V6 engine that produces 260 horsepower. 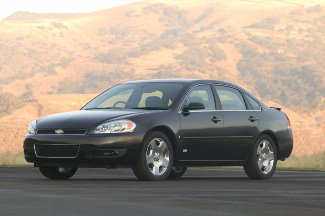 In 2006, Chevrolet introduced a redesigned Impala with a more basic, simple aesthetic that fit in comfortably alongside the large, rounded sedans that were popular at the time. Towards the end of this generation, Chevy added standard features such as Bluetooth integration, MP3 capabilities and satellite radio. The SS (Super Sport) Impala came loaded with a 5.3-liter V8 engine that produced 303 horsepower. Depending on the year, the non-SS models came with various V6 engines, with the final iteration in 2013 coming with a 3.6-liter V6. 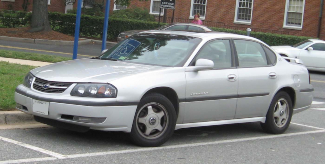 In 2000, the Impala was introduced to replace the Lumina. The ninth-generation Impala was the first to feature front-wheel-drive, and it was also the first not to have a V8 option. By 2004, buyers could choose between a standard Impala or the SS version that featured a souped-up 3.8-liter V6 engine that delivered 240 horsepower. The vehicle used General Motor's unibody construction on the W-body platform, and this iteration was only available as a sedan with six seats standard and five in the luxury models. 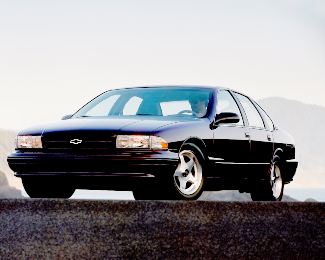 The seventh generation was released in 1994, the first Impala since production was halted in 1985. Naturally, fans of the series were surprised and thrilled. The vehicle featured a rounded exterior and four doors. It came loaded with a 5.7-liter V8 engine and a 4-speed automatic transmission. As SUVs became increasingly popular, the Impala was canceled in 1996 after just two years of production. 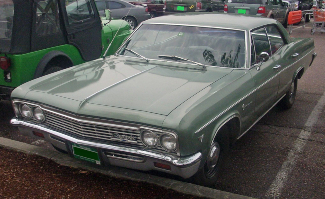 Due to the energy crisis that occurred in the 1970s, the sixth generation Impala was downsized to be shorter, slimmer and taller than previous models -- a more practical choice for the time. However, the interior of the vehicle was only slightly smaller and it featured more trunk space. By 1985, practicality was a desirable trait, and the Impala was re-branded as the Caprice sedan or wagon. 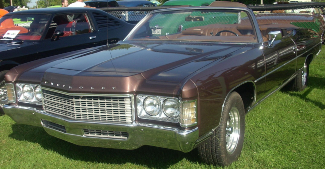 In 1971, the fifth-generation of the Impala was the largest Chevrolet vehicle of all time. It was also the last time that a convertible Impala option would be available. Unfortunately, the vehicle's ability to run on both leaded and unleaded gas led to lower compression rates, which negatively affected the vehicle's power and overall performance. In 1973, government regulations required the addition of energy-absorbing pumpers that -- in the opinion of many Impala enthusiasts -- diminished the car's stylish look. 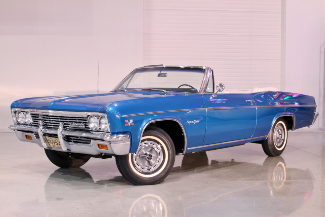 By the fourth generation, Chevy had sold a staggering one million Impalas in just one year. This new generation was redesigned with sharper angles, new window shapes, frameless side glass and other alterations that gave it a sleeker, more modern look (for the time). The car came stock with a 4.1-liter 6-cylinder engine, or buyers could choose from nine different V8 engines ranging from 4.6-liter to 7.4-liter options. 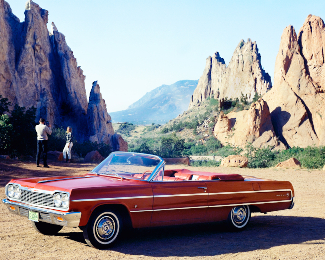 The third-generation Impala was slightly more conservative, featuring a boxier, more straightforward design, as well as smaller dimensions. Additionally, Chevrolet introduced a wagon body option. The third-generation is when Chevy introduced the SS (Super Sport) line, giving those who wanted to be a part of the American muscle car movement the option to select a big-block 6.7-liter V8 engine.

With famed automotive designer Bill Mitchell now in the boss' seat at General Motors, the second-generation Impala featured a fairly radical redesign that included a lower, wider body and bat-wing tails. The second-generation also gave buyers the option to choose hardtops and four-door sedans, in addition to the original coupe and convertible designs. In 1959, the second generation also introduced Chevy's new X-frame chassis. 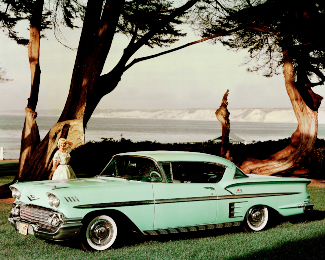 The first Chevy Impala was the most luxurious Chevrolet vehicle at the time. Buyers could choose between a coupe or convertible style that included 'futuristic' design elements such as heavily sculpted tail fenders, dual headlamps, triple tail lamps and plenty of chrome trim. The first generation Impala came stock with a 4.6-liter V8 engine. The Impala also introduced coils at the rear of the vehicle, replacing older Chevy models' semi-elliptic leaf springs.