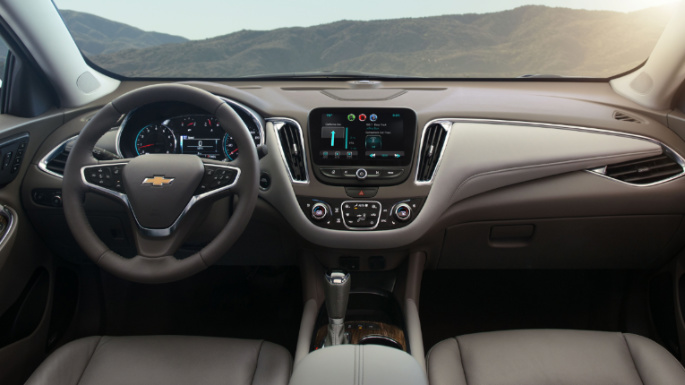 The Insurance Institute for Highway Safety awarded the 2018 Chevrolet Malibu its top mark of 'Good' in all crash tests. Still, the Malibu received 'Poor' and 'Marginal' scores for its headlights and child seat anchors, respectively. Other midsize sedans like the Hyundai Sonata and Mazda 6 received similarly mixed scores. The Honda Accord and Toyota Camry, arguably the category leaders, got a 'Good' for their child seat anchors.

Midsize sedans tend to fare better in National Highway Traffic Safety Administration crash tests, and the Chevrolet Malibu is no exception, with five stars out of five overall. Rivals like the Accord, Camry, Sonata, and Mazda6 also got fives overall. The Accord and Camry received a five in every crash-test subcategory -- a rare feat.

Unlike the Honda and Toyota, which come standard with driver assistance technology, the Malibu follows other Chevrolet models' lead, only making such features optional on upper trims. The LT and Hybrid trims offer a Driver Confidence Package, which provides things like low-speed forward emergency braking, automatic high beams, front and rear parking sensors, blind-spot monitoring, and rear cross-traffic alert. The Malibu Premier also gets an available Driver Confidence Package II, and it adds adaptive cruise control, enhanced emergency braking, and automatic parking assistance. As is the case with other Malibu controls, all of these safety features are very easy to use. Traction control, stability control, and airbags come standard on all Malibus. 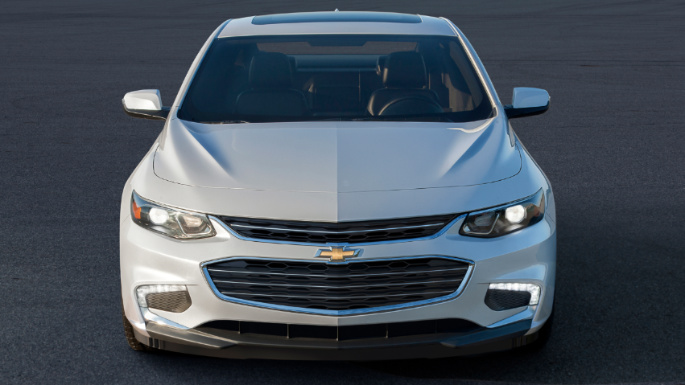 The Chevy Malibu has a lower starting price than most rivals, but Bluetooth and a backup camera are noticeably missing from the base L trim, so buyers are better off skipping it.

Across the Malibu's trim lineup, the lack of standard driver safety aids and LED headlights are a clear mark against its value proposition when other family cars have these features on most or all trims. And when shoppers add such items (available as options) to their Malibu, it increases the price, which again hurts its value.

The Chevy Malibu has a reputation for having good reliability, and depreciation is about average for the class. Shoppers wanting a car that will hold its value better may want to opt for the Honda Accord. 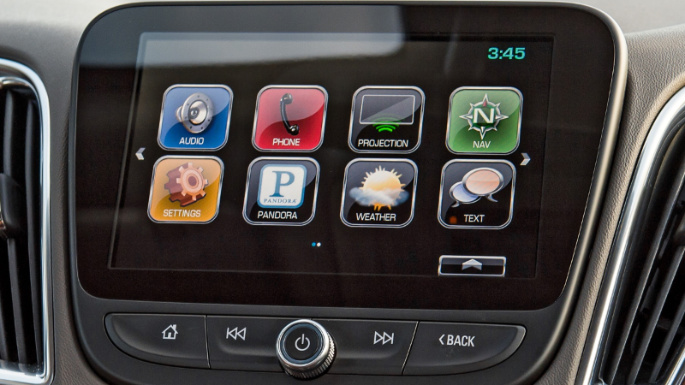 The Premier gets an eight-inch touchscreen and a Bose premium audio system. remote start, OnStar, a power driver's seat, and a sunroof are also available on some trims.

The Chevrolet Malibu LS trim level and above offer a fair amount of technology, not as much as competitors, but everything is easy to use. Chevrolet's infotainment system is considered one of the best on the market, with straightforward menus and quick response times. 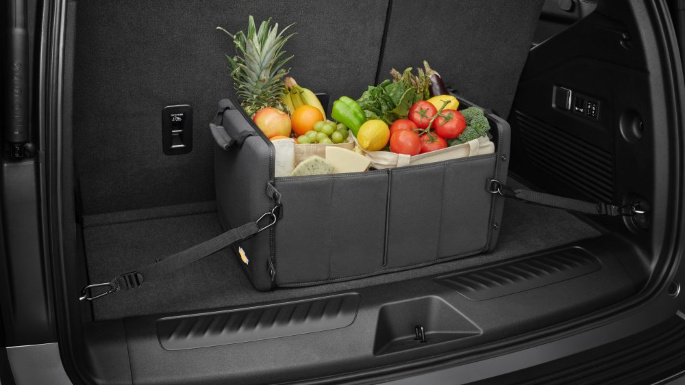 Midsize sedans are generally efficient with space, offering good interior and cargo space. The Malibu ranks in the middle of the class in cabin space. The front headroom is excellent at 39.1 inches, right in between critical rivals like the Accord (39.5 inches) and the Camry (38.3 inches). The legroom in front is virtually the same as those models.

Unfortunately, the Chevy's trunk space could be better. Most trims feature 15.8 cubic feet of space, which is pretty good but not top of the class. The Malibu gets low marks with the Hybrid trim, which loses some cargo space to its electric battery pack -- the Hybrid has just 11.6 cubic feet of space.

The rear seat folds, though, and that expands storage space. There are cup holders in both rows and decent in-cabin storage. 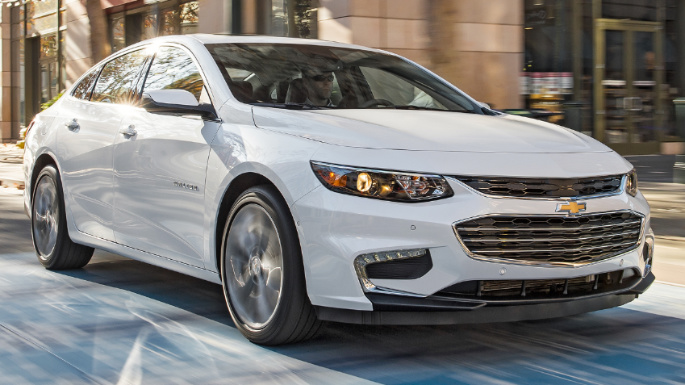 Like other Chevrolets, Malibu has a clean and modern style inside and out. Attractive alloy wheels are standard. It looks sporty yet elegant. The cabin feels warm and inviting, with rounded edges and rich color schemes.

The Malibu is designed very smartly, with a straightforward interior layout. The driver and front passenger seats are large and supportive. The steering wheel is also large and comfortable to grip. The buttons mounted to the wheel, and those on the center stack are simple and well-labeled. The infotainment screen is slightly angled out of the center stack, giving a better view of the digital menus. On either side of the screen are two large, chic air vents. The interior of the Malibu is close to a Buick or Cadillac in comfort and quietness.

Outward visibility is excellent, thanks to large windows, a low door line, and thin side pillars. The Malibu is comfortable to drive and relaxing to ride in.
The build quality is about average for the class. The panels and controls feel secure and well put together, and the overall refinement of the cabin feels above-average. 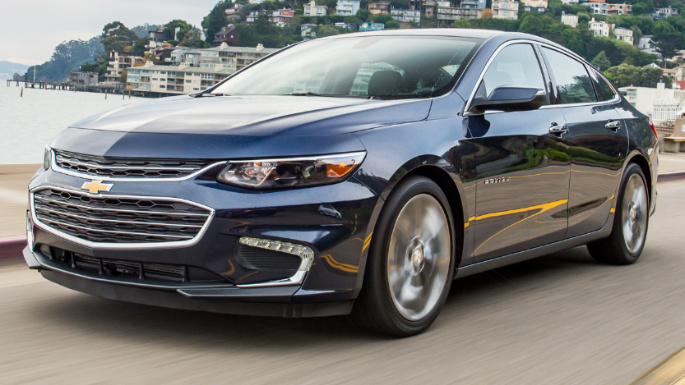 On the road, the Chevrolet Malibu is enjoyable to drive. It's quiet and refined, with a smooth powertrain. The base engine feels underpowered in certain driving situations, like passing cars on the highway, but the larger 2.0-liter turbo has plenty of power. Both six-speed and nine-speed automatic transmissions are excellent.

The Hybrid, with its small engine, shares the base gas engine's issues with slowness, but acceleration is somewhat better thanks to the added electric motor.
Maneuverability is quite good. The Malibu has one of the smallest turning circles in its class. Parking in tight spots and getting around the city should be no problem.

The handling isn't sporty, though, and the Malibu is not as fun to drive as other FWD cars, like the Mazda 6 and Honda Accord, which have more agile cornering, available sport suspensions, and better all-around driving dynamics for performance enthusiasts. The Premier's large engine, despite having 260 pound-foot of torque and a slick-shifting 9-speed automatic, does not have handling to match its power. 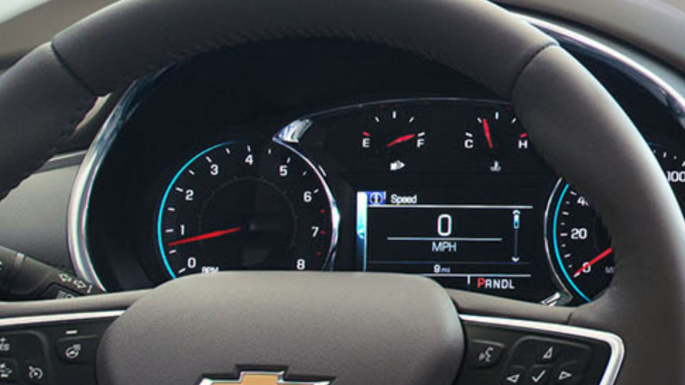 According to the EPA, the Malibu's base engine and 6-speed automatic returns 30 mpg overall. That's not bad, but competitors like the Accord and Camry get 33 and 34 mpg, respectively. The larger engine in the Chevrolet Malibu Premier trim does even worse, getting just 26 mpg combined.

The Malibu Hybrid, on the other hand, has phenomenal gas mileage. It should get 49/43/46 city/highway/combined, which is amongst the best fuel economy of any midsize family sedan. The Camry Hybrid is a stronger performer, with 52 mpg combined, but the Malibu's numbers are still outstanding.