The Chevrolet Tahoe is a smaller sibling of the Chevrolet Suburban SUV. The Tahoe is a roomy full-size SUV from General Motors that's built on a truck frame and boasts improved handling over its predecessors. This workhorse has been around for decades and can seat up to eight, handle rough terrain, and tow up to 8,600 pounds. Previously part of the Blazer family, the K-Blazer made its debut in 1995 as the renamed Tahoe. The Chevy Tahoe has a dominant presence on the road as a large SUV. 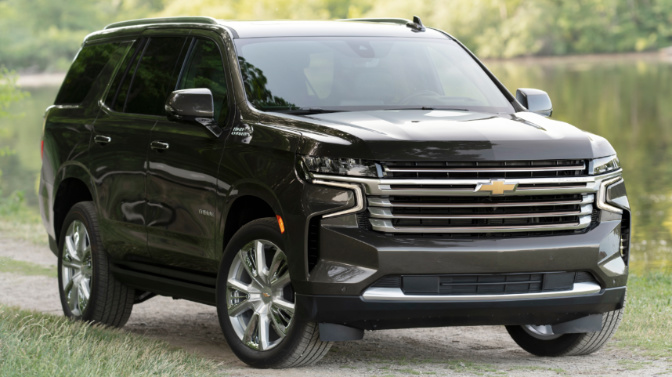 Alongside its fellow GM family members, like the Cadillac Escalade and GMC Yukon, Chevrolet has completely redesigned the Tahoe for the 2021 model year. Based on the same GMT T1XX platform as the Silverado 1500, the floor of the 2021 Chevrolet Tahoe is now lower and creates more cargo space and more room in the second-and third-row seats. The Tahoe expanded its length to 210.7 inches and its wheelbase to 120.9 inches, making it the largest SUV in its class and overtaking its rivals, like the Ford Expedition, Nissan Armada, and Toyota Sequoia. Finally, the 2021 model year introduced the long-awaited independent rear suspension.

The 2021 Chevrolet Tahoe features a new push-button shifter column on the dashboard, nine camera displays for enhanced towing capability, and there are a total of thirty additional safety features implemented throughout the vehicle. The Air Ride Adaptive Suspension is standard across the higher trims.

The Tahoe LS, LT, and Premier trim carried over into the fifth generation, with the Z71 and RST moving from package to trim level. 2021 also introduced a new top-of-the-line High Country trim giving the Chevy Tahoe the most trim levels of any vehicle in the large SUV segment. The newly added Duramax diesel engine is available across all trims and packages, except for the Z71, and is a 3.0-liter I6 producing 277-horsepower.

The 2022 Chevy Tahoe only saw a few tweaks to the Tahoe lineup. The 420-horsepower 6.2-liter V8 is available on the RST, Z71, and Premier trim levels. The off-road Z71 now has an electronic limited-slip differential. Every Tahoe offers the customizable 12.3-inch gauge cluster, except the base Tahoe LS. The infotainment system on the Tahoe LT is enhanced with Google's voice assistant, app store, and maps.

Finally, the 2022 Chevy Tahoe introduces automatic high beams, front and rear parking sensors, and lane-keep assist, as well as General Motor's Buckle to Drive Feature, which is now standard across all trim levels. 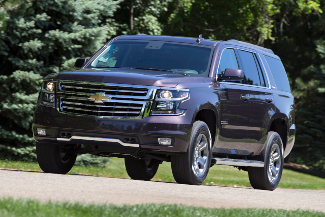 The Tahoe's hybrid version has been discontinued, and the vehicle's new platform features improved soundproofing to decrease cabin noise levels. The Tahoe is now being built on the GMT K2XX platform, and new in this model are improved aerodynamics and fuel economy and reduced interior noise. The new Tahoe's hood and liftgate are made from aluminum to help minimize weight. The fourth-generation Tahoe features a more efficient direct-injected EcoTec3 powertrain which boosts its fuel economy. Other changes include the front grille and headlights, which now have projector-beam headlamps situated on either side of the chrome grille.

Second- and third-row seats are now standard fold-flat seats on the latest model of the Chevy Tahoe, with an optional power-folding feature. Chevy made the second row more comfortable with the addition of two more inches of legroom. Tahoe now offers a touch-screen radio and navigation, in addition to rear-seat entertainment, multiple USB ports, and power outlets, which include a 110-volt outlet with three prongs. 2015 also introduced WiFi, Siri capability, a hands-free power liftgate, and a new color palette (Brownstone Metallic).

2016 ensured the Tahoe was even safer with power-adjustable pedals, forward collision alert, lane keep assist, IntelliBeam headlamps, and a safety alert seat. These features all form part of the new enhanced driver alert package available on the LS trim. New technology features include both Apple CarPlay and Android Auto connectivity.

The 2017 model year took safety a notch further with the teen driver feature, rear seat reminder, and low-speed automatic braking. The 22-inch wheels expanded to 23-inch, while the rear-seat entertainment system was upgraded.

In 2018 Chevy offered a performance package, which included a 6.2-liter V-8 L86 engine, available on the Tahoe RST. 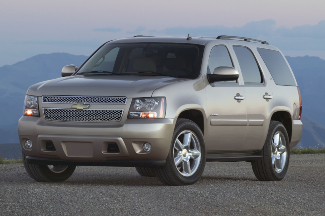 For the 2007 model year, the Tahoe was largely redesigned on the new GMT900 platform, and the standard engine was a 290-horsepower, 4.8-liter V8.

Tahoe four-wheel-drive models came standard with a 320-horsepower, 5.3-liter V8. This engine featured cylinder-deactivation technology that turned off half of the cylinders in certain driving situations to save fuel. A version of this engine ran on E85 fuel in addition to regular unleaded gasoline.

All Tahoes upgraded to six-speed automatic transmissions except for the two-wheel-drive models with 4.8-liter engines, which retained the four-speed automatics. Late in 2007, the Tahoe Hybrid made its debut, with an engine that used a combination of dual displacement 3.0/6.0 liter V8 engine and two 60 kW continuous 80-horsepower electric motors. It could run on gasoline alone, electricity alone, or a variable mixture of the two. This vehicle was considered a strong or full hybrid in that it could run entirely on the battery, albeit with a limited range and at low speeds. During city driving, the two-wheel-drive version of the hybrid got 21 mpg, while non-hybrid varieties maxed out at 15 mpg. For highway driving, the Tahoe hybrid managed 22 mpg.

Standard equipment included dual-zone air conditioning and cloth seating for five people on the Tahoe LS base model. This model also had StabiliTrak stability control and an eight-speaker audio system. Externally, changes included 17-inch wheels and a system for monitoring tire pressure. The new design also included a new front fascia and hood, as well as taillights. The Tahoe's grille had a central, body-colored bar similar to the chrome one found on most previous models. The redesigned Tahoe also had a more angular design than its predecessors. The interior was significantly redesigned too and featured a dashboard trimmed in real wood with chromed instrument controls.

In 2009 an optional 6.2-liter engine was available only in the LTZ model.

2010 introduced a mild mid-cycle refresh which included the removal of the GM "Mark of Excellence" door badge, a slightly raised bumper, side torso airbags, and an optional side blind-zone alert. 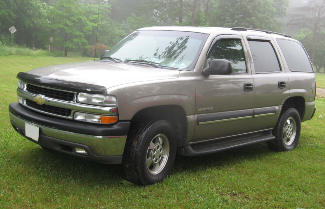 This generation's exterior saw a redesign with softer lines and a more aerodynamic shape; built on the new GMT800 platform. Two new engine choices replaced the old 5.7-liter small-block V8: a 4.8-liter engine, and a 5.3-liter version, both V8 and paired with a four-speed automatic transmission. Although both of these engines were smaller and generated more horsepower than their predecessors, they both produced less torque. The manual transmission dropped in the second generation, and the interior saw updated new seats, dashboard, and door panels. The 2002 model was the first to offer a flex-fuel engine.

2003 upgraded the interiors of the Tahoe and other GM full-size trucks. Changes included a new steering wheel and radio controls, XM Satellite Radio with Bose audio, and a built-in DVD entertainment system.

Although the second generation was built on a new platform, two special limited edition models greeted the 2000 model year that kept the earlier GMT400 platform. These were the two-wheel-drive Tahoe Limited and the four-wheel-drive Tahoe Z71, suitable for rough terrains and offered off-road capability. Both of these featured color-keyed bumpers (versus the traditional chrome bumpers) and came with Bilstein shock absorbers. The Limited had fog lamps in the bumper, no roof rack, and five-spoke aluminum wheels, while the Z71 had inset driving lights in the bumper, tail lamp covers, and sidestep bars.

2006 marked the final year for both the Tahoe and Yukon on the GMT800 platform and saw very slight changes. 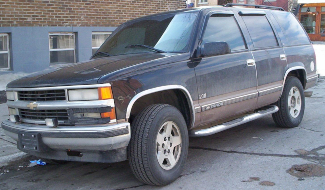 While Chevrolet continued to use the Blazer name through the 1994 model year, 1995 reintroduced the vehicle as the Chevrolet Tahoe.

The original Tahoe was shorter than the Suburban on which it was based but shared the GMT400 platform. Built on a solid truck chassis similar to the one used in Chevy's Silverado full-size pickup truck, both two-door and the longer-wheelbase four-door models were available with either rear- or four-wheel drive. The four-door model, at 5,500 pounds, weighed roughly 1,000 pounds more than the two-door model.

The first-generation Tahoe was available with either a manual or four-speed automatic transmission. The 1998 model year introduced "AutoTrac" automatic four-wheel-drive and a programmable Homelink transmitter. Air conditioning for the rear seats and a PassLock security system was also added. The Tahoe's engine was a Chevy 5.7-liter small-block V8, but a turbocharged 6.5-liter diesel V8 was also available.

In 1999, Chevrolet eliminated the two-door option and improved Tahoe's radiator and transmission. They also revised the steering wheel and added side curtain airbags for all three rows of seats in addition to optional front and rear side torso airbags and combination head and torso side airbags.