The Chrysler 300 is an American full-size luxury sedan with a front engine and rear-wheel drive or optional all-wheel-drive. It's currently in its second generation. It shares a platform with other large cars from FCA including the Dodge Challenger and Dodge Charger. 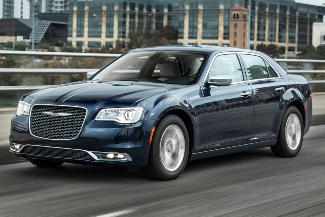 The second generation of 300 debuted for the 2011 model year and while it looked new on the exterior and interior, it carried over many of the components on the first generation.

A new 300 SRT-8 also debuted and it featured a 6.5-liter Hemi V8 that made 470 horsepower and could do zero to 60 in just over four seconds. The SRT also had larger exhaust tips, 20-inch wheels and a lowered sport suspension. The 300 SRT was discontinued for the 2015 model year.

There were several special editions of the 300 in this generation. The Mopar '12 came out for the 2012 model year, the 300S Glacier Edition came out for the 2013 model year, the 300 Motown Edition began sales in 2013, the John Varvatos Edition was available in 2013 and 2014, and the 300S Alloy Edition was announced in 2016. These special editions mostly featured exterior and interior tweaks, but no changes to the powertrain.

A mild facelift of the 300 arrived for the 2015 model year. The exterior was tweaked in the front and back, and a new chrome grille was added with black and silver mesh. Tech and safety features were also upgraded. Some of the new safety features included full-speed forward collision warning with active braking, lane departure warning and full speed-range adaptive cruise control.

An eight-speed automatic transmission with rotary shifter was also added across all trims. All V8 engines were offered as rear-wheel drive and the V6 had an AWD option. The SRT was no longer available by this year and two basic trims were offered: the Limited and the S model. 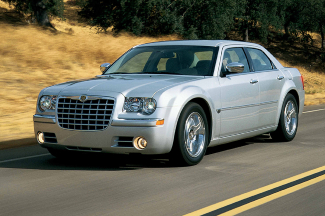 The first generation of 300 debuted for the 2005 model year after making its first appearance at the New York International Auto Show in 2003 as a concept car. Design cues were taken from the old C-300 from the 1950s and 60s and it featured an oversized grille, long hood and a sleek low roofline.

The interior took cues from the Chrysler Chronos concept, with chrome accents and tortoiseshell detailing on the shifter knob and steering wheel.

The 300 was based on the LX platform and retained the rear-wheel drive as well (all-wheel-drive was an option). It added components shared with the W211 Mercedes-Benz E-Class, such as the rear suspension, transmission, steering column, wiring harness and more since Chrysler and Mercedes' parent Daimler were the same company when development started.

A wagon variant was available in Europe, Australia and Japan. While Chrysler didn't bring a wagon to the U.S. market, the 300's close cousin, the Dodge Magnum, was sold in the U.S.

The base 300 model came with a four-speed automatic transmission and a 3.5-liter V6 that put out 190 horsepower. Other features included four-wheel disc brakes, 17-inch wheels, single disc CD player and a power driver's seat. Rear-wheel drive was standard, but AWD was available.

In 2009, this trim was renamed the Touring Plus and that remained through the last year of this generation. The Limited trim added 18-inch chrome-plated wheels and roll bars. The highest trim was the 300C; it came with a 5.7-liter, Hemi V8 engine that put out 340 horsepower.

The 300C received the Motor Trend Car of the Year award in 2005 and also made the Ten Best list by Car and Driver for 2005 and 2006. It was named Automobile of the Year by Automobile Magazine in 2005 as well. These and other awards made it one of the more celebrated vehicles of its time.