The Dodge Charger is an iconic American model that has appeared in several different forms throughout its lifetime. It was originally considered a muscle car but it's also been sold as a full-size sedan, luxury coupe, and even a subcompact hatchback. Here's a look at the various generations of the Dodge Charger. 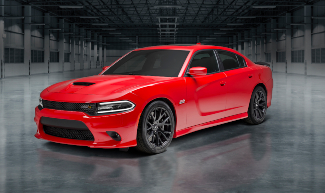 The current seventh generation of Charger has three iterations; one was sold for the 2011 to 2014 model years (seen in blue below), another has been on sale since the 2015 model year (seen above in red) and the most recent has been on the market since 2019.

This generation is loosely based on the previous Charger platform, which it shares with the two-door Dodge Challenger and the four-door Chrysler 300.

The interiors for this generation include a new, 7-inch instrument cluster display and a revised Uconnect touchscreen. Since 2015, the interiors have been reworked to include new materials and styling for all the door panels, console, and dashboard.

The V6 engine was rated at 300 horsepower while the largest SRT Hellcat Redeye's V8 put out 797 horsepower.

This generation has several different specialty trims in addition to the Hellcat, including the R/T Scat Pack, Charger Widebody, and Dodge Charger SRT 392. 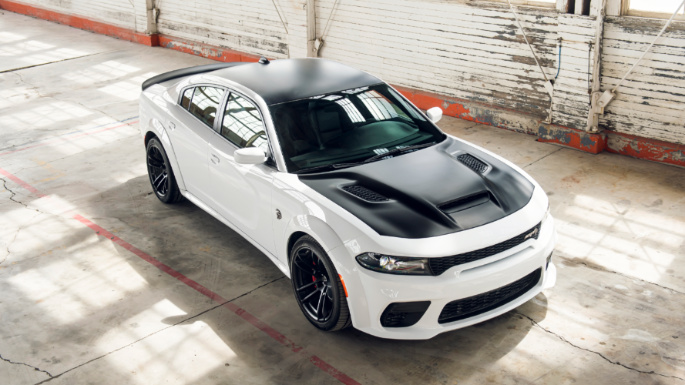 In 2021, Dodge introduced a significantly upgraded version of the Hellcat called the SRT Hellcat Redeye. This version is similar to the Challenger Redeye in that it features the same 6.2-liter supercharged V8 with specs of 797 horsepower and 707 lb-ft of torque and a top speed of 203 MPH but with the retro body style of the Charger.

It also has some other high-performance additions including an 8-speed ZF automatic transmission and a suspension tuned for the track with an aluminum rear differential for more rigid handling. On top of that, it also has an after-run chiller for efficient cool-down. 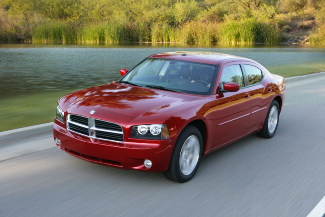 The sixth generation of Charger debuted for the 2006 model year as a four-door sedan, a departure from earlier generations which were largely coupes. This new LX platform was considered a half-sedan and half-muscle car; its design undoubtedly took cues from the more muscular look of earlier generations and Charger models. It featured rear-wheel-drive or all-wheel-drive and offered two V6s and two Hemi V8s. Transmission choices included a four- and five-speed automatic. The 250-horsepower, 3.5-liter V6 was in the base trims, while a 5.7-liter V8 Hemi engine put out 340 horsepower through 2008. In 2009, this went up slightly to 368. A 6.1-liter V8 on the Charger SRT8 model put out 425 horsepower. 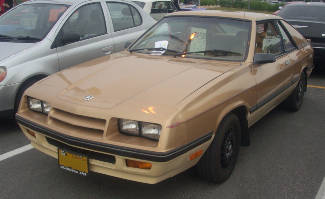 After taking a short production break, the Charger for this fifth generation looked absolutely nothing like any Charger that came before it. It had transformed into a three-door subcompact hatchback with front-wheel drive. Along with this new, smaller look came smaller engines. Only inline-four cylinder engines were offered throughout its run, including two turbo versions. A four-speed Volkswagen manual transmission was offered along with a five-speed manual and a three-speed automatic. The wheelbase was now less than 100 inches, which made it about 20 inches shorter than most previous Chargers. The inline-four cylinder engines put out anywhere from 62 horsepower on the low end to 84 on the high end. Eventually, a Shelby Charger was introduced and it offered a high-compression engine that put out 107 horsepower. After this generation, the Charger would disappear for nearly 20 years. 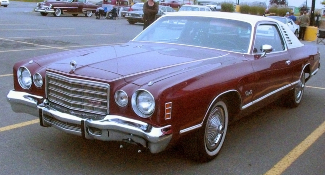 The Charger got a facelift as a luxury car for the fourth generation and the body was redesigned to look the part. Gone were the beefy muscle car lines, replaced with the sharp, stately lines of a sedan. The length increased by a whopping 10 inches from the previous generation. It was still a two-door car and transmission options remained the same and only V8 engines were offered. The standard engine was the two-barrel small block V8 with an optional high-performance four-barrel that featured 225 horsepower. The 1978 Charger was actually marketed as a Magnum, but it used the Charger body. 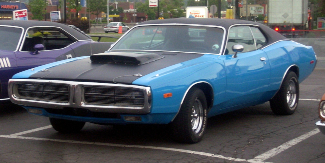 This third-generation Dodge Charger was distinctive due to its split grille and slightly more rounded body. Options for the 1971 model included a rear spoiler and a pop-up scoop on the hood. As with the previous generation, a range of V8 powertrains was offered as well as the lone inline-six. Three-speed automatic and manual transmissions were available as well as a four-speed manual. The wheelbase decreased by two inches as did the overall length. 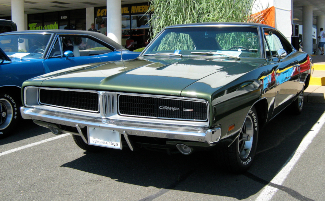 The second generation of Charger still built on the B-body platform, abandoned the sophisticated look of the first generation in its design. Both the rear and front clips now curved in what was known as a coke bottle profile. The wheelbase remained the same, but the car's overall length increased by about five inches. Again, mostly V8s were available in this generation, but a 3.7-liter inline-six cylinder unit was also offered for the first time for the 1969 and 1970 model years. The 1969 Charger featured two 383 cubic-inch V8 engines in the two-barrel and four-barrel. The former put out 290 horsepower and the latter topped out at 330 horsepower. This generation of Charger benefited greatly from being featured in popular media of the day. A 1969 Charger was featured in The Dukes of Hazzard TV show while a 1968 Charger R/T 440 was featured in the famous street chase in the movie Bullitt. This generation also featured the Dodge Charger Daytona, a limited edition iteration that was developed for racing in NASCAR events.

The first generation of Dodge Charger debuted as a two-door fastback for the 1966 model year. This original Charger was a large, hefty car, and it didn't immediately have the muscle car image. The only engine available was a V8, which came in various sizes and could be paired with a three or four-speed manual transmission. There was also a three-speed automatic available. The largest engine was the 7.0-liter 426 Hemi, which put out 425 horsepower. The Charger also featured a unique interior with rear bucket seats, which could be folded down to provide more space that was accessible from the rear hatch. Other Charger-exclusive interior items for this generation included courtesy lights and instrument panels lit with electroluminescence instead of bulbs.