The Ford Super Duty, short for F-Series Super Duty, forms part of a lineup of heavy-duty pickup trucks manufactured by the Ford Motor Company. Ford's F-Series trucks, like the Ford F-250, F-350, and F-450, marked a milestone for the brand as they entered the class of heavy-duty trucks. Earlier model years (1987 - 1997) were replaced by the F-450 chassis cab and the F-550 Super Duty.

The Ford F-250 Super Duty is a full-size, heavy-duty truck that is more robust and capable than the Ford F-150 truck. It has heavier-duty chassis and suspension components that better enable its impressive payload and towing capacity. It's usually available with either a gas or diesel engine in a wide variety of cab and bed configurations. There are also F-350 through to F-650 iterations. 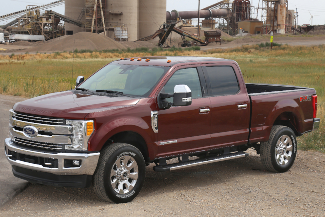 The fourth-generation welcomed an all-new truck for the Super Duty model lineup since its 1998 debut. All Super Duty models now had a frame made from 95% high-strength steel and a body made from 6000 series aluminum alloy (the same material specs as the Ford-150 sibling).

The lighter body and frame helped the F-250 shed almost 750 pounds in gross weight. A major styling departure included the removal of the stand-alone front grille and stepped front fenders. The 2-bar grille introduced for the 2011 model year was widened, integrating the truck's headlights into the exterior design.

Trim levels for the fourth generation include the base XL, XLT, Lariat, King Ranch, and Platinum. The Limited trim joined the lineup for 2018.

The 6.2-liter gas V8 engine and the 6.7 diesel V8 engine carried over from the previous generation though each was retuned for slightly more torque. The F-250 also picked up a new six-speed automatic transmission.

Safety features were improved and added for 2018. These include adaptive cruise control and a pre-collision assistance system with pedestrian detection ability.

All models come in 4x2 and 4x4 (four-wheel-drive) configurations.

The 2020 model year reintroduced the Tremor name for the F-250 and its larger sibling, the F-350 Super Duty. This badging last appeared on the 2014 Ford F-150 as a sport appearance package, but it is now an off-road-oriented version for the two Super Duty trucks. Tremor models feature a suspension lift and upgraded wheels and tires for off-road excursions.

The 2022 model year sees the addition of a much larger 12.0-inch touchscreen with wireless Apple CarPlay and Android Auto. There is a new Lariat Sport Appearance Package and a new exterior color, Atlas Blue. Rear-wheel-drive is standard across the lineup, with four-wheel-drive as an option. 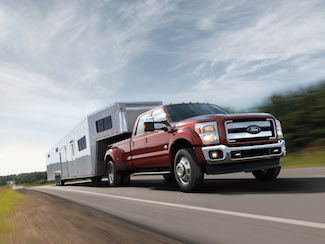 Ford trucks' third-generation Super Duty lineup received a large exterior upgrade that included a new, more prominent fascia and more powerful engines that could compete against competitors like the Chevrolet Silverado HD and Ram HD. A new optional locking differential was on offer.

Trim levels for the third generation included the base XL, XLT, Lariat, and King Ranch.

In 2015, it upgraded the PowerStroke diesel yet again to 440 horsepower and 860 pound-feet of torque.

The automaker dropped the manual transmission, and a six-speed automatic was standard on all models. 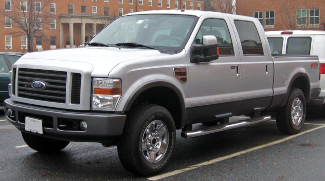 The 5.4-liter V8 and the 6.8-liter V10 engines carried over from the previous generation while a new 6.4-liter Powerstroke diesel engine was added, which produced 350 horsepower and 650 lb-ft of torque. On offer was a five-speed automatic or six-speed manual transmission.

For the second generation, Ford introduced its all-new optional "Rapid-Heat Supplemental Cab Heater." This was only available on Super Duty trucks with a diesel engine and TorqShift automatic transmission. 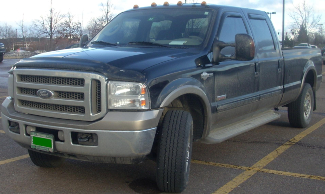 The Super Duty models were highlighted by an upgraded chassis, powertrain, and new body style that gave them a higher payload and towing capacity. Three cab configurations were available for the first generation, including the standard two-door, a 2+2 door Super Cab, and a Crew Cab with four full-sized doors and seating for up to six people. The SuperCab configuration introduced two standard rear-hinged doors on the extended cab for the first time in the F-Series lineup.

The engines available ranged from a 235-horsepower 5.4-liter V8 to an optional 310-horsepower 6.8-liter V10 with either a six-speed manual or a five-speed automatic transmission.

The 7.3-liter diesel engine is favored as one of the most reliable Powerstroke engines since the absence of emissions controls makes it less complicated.

In 2003, Ford introduced its King Ranch Package for the first time.

In 2005, Ford gave its Super Duty trucks an interior and exterior update, including a new grille, headlights, and bumper. A locking tailgate was added to all variants of the pickup truck. Updated Triton gasoline engines were introduced, offering more horsepower. In response, all trucks received four-wheel disc brakes to handle the added power. The Ford TowCommand was introduced for the 2005 model year while a trailer brake controller entered the dashboard. 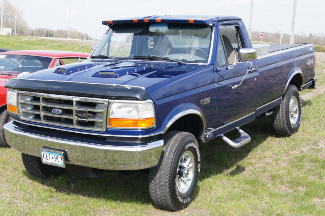 In 1992, the hood line dropped, and the front fenders and grille were rounded even more in their quest for improved aerodynamics. Once again, an interior redesign occurred. In 1996 engine options included a 4.9-liter I6, a 5.0- and 5.8-liter V8, as well as a 7.5-liter big-block V8 and a 7.3-liter Powerstroke V8 turbo diesel. The F-250 had significant differences from the standard F-250. These included a heavier rear axle and heavier springs and shocks. 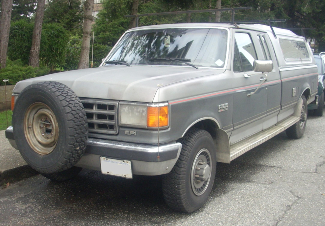 For the 1987 model year, further aerodynamic improvements were made, and an interior makeover took place as well. Supercab models came with four- and five-speed manual transmissions and the regular cab models were automatic. In 1988, electronic fuel injection was offered for the first time to the 4.9-liter inline-six engine and the 5.8- and 7.5-liter V8 engines. 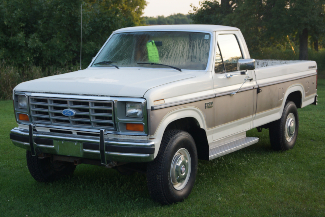 No changes specific to the F-250 occurred in this generation, but the F-Series had a complete redesign from the chassis upward. Aerodynamics was the primary focus of exterior restyling. The 5.8-liter 351M and 6.6-liter 400 M-Series V8 engines were replaced with 4.2-liter and 5.8-liter Windsor engines from the Panther platform in 1981. In 1982 and 1983, the base engine was a 3.8-liter Essex V6. Ford finally added a 6.9-liter diesel power to the F-Series lineup. Electronic fuel injection made its debut in 1985 on the 5.0-liter V8 engine.

In 1982 the Ford "Blue Oval" made its first appearance front and center on the truck's front grille. Amenities like power door locks, mirrors, and windows first appeared in this generation of the F-Series. 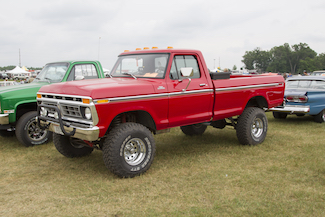 The sixth-generation saw the addition of front disc brakes, and the gas tank relocated outside of the cab to lie below the bed. Ford improved the heating and AC, and more of this model was crafted from galvanized steel. In 1976, the FE engine series retired, and the 351 and 400 series engines replaced it. 1979 was the final year for the 460 big block engine. 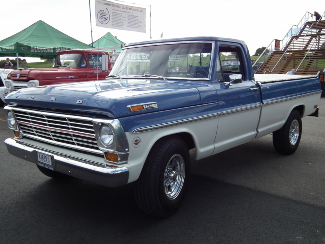 The F-Series continued on the same platform, and all 1969 F-Series models had 100 percent interchangeable suspension components. 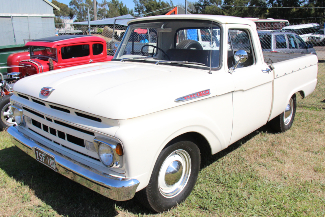 1961 introduced the unpopular, longer, lower unibody design style, which disappeared in 1964. This fourth generation of the F-Series introduced a front suspension style called "Twin I-Beam," which the F-250 used until 2016. 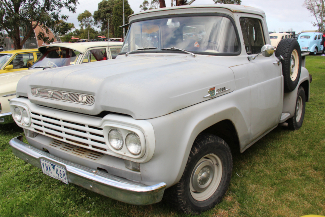 While there were no changes specific to the F-250, this third-generation brought a few F-Series changes, such as front fenders integrating with the body and a new bed design with smoother lines. 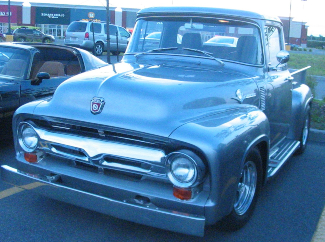 The 1953 model year saw the emergence of the Ford F-250 as its predecessors, known as the F-2 and F-3, were phased out. While the major body parts did not change during the second generation, there was a redesign of the cab and dashboard. Still, most significantly, the rear window offered a panoramic option. 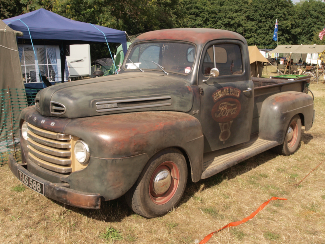