What Does the Average New Car/Truck Cost Today?

Edmunds reported the average amount financed for a new car in the first three months of 2022 was $39,340, up from $35,040 over the same period last year. Car shoppers are being hit with price increases for parts, supply chain issues, and other factors affecting new vehicle prices.

So while the average price of a new car might be trending down, data reveals consumers could be financing more and over longer terms, something that could prove risky as interest rates rise to combat inflation.

Buying a new car has become considerably more expensive in recent years, with the average price hitting record-highs in the last several months. A variety of factors are making it more challenging for consumers to make the purchase — if they can find a car on a dealership lot.

The Covid-19 pandemic that prompted lockdowns in 2020 created demand for cars for people who didn't want to travel by plane and eliminated many incentives used to sell cars in the summer and fall. But those lockdowns also shut many assembly plants down, creating a shortage of vehicles and then parts for cars in 2021. As a result, dealerships are still short of new cars going into 2022, and there's little sign of relief.

Couple that with the steepest inflation rate in 40 years and a priority on selling more expensive cars when there aren't many new vehicles to sell, and the average price of a new car, SUV, or truck has reached historic highs by the end of 2021. But there's some better news so far in 2022.

Some vehicle types have been affected by shortages and inflation less than others. So it's a good time to shop for a gasoline-powered car, less so an SUV, pickup truck, or anything electric.

Below is a list of typical vehicle types for new car buyers and their average prices so far in 2022 based on KBB's data. 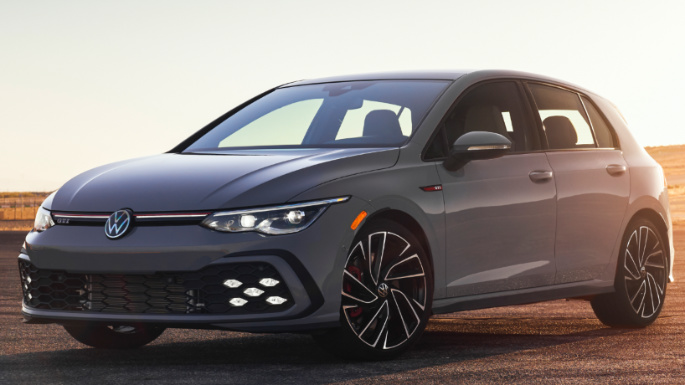 Small and compact cars have nosedived in popularity before the pandemic, and many significant players have dropped out. However, the remaining automakers making sedans and hatchbacks in this class are trying to up their game.

Several models were revised, such as the redesigned 2022 Honda Civic coming fully online with hatchback and performance Si variants. In addition, the Volkswagen Jetta was updated, and the 2022 Golf GTI and Golf R models slowly became available (VW dropped the standard Golf in the US, too). And subcompact models like the Honda Fit and Toyota Yaris have been discontinued, contributing to the rising sticker prices in this class. 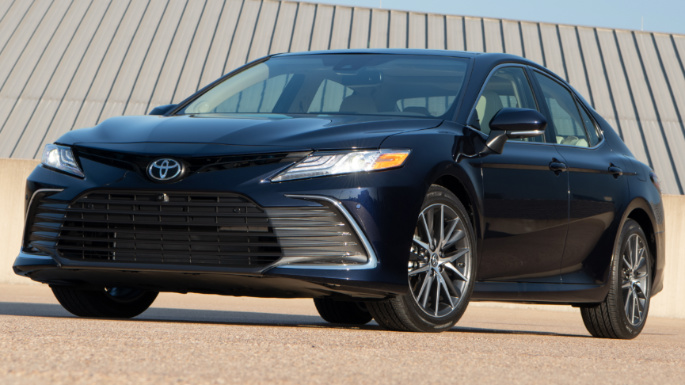 One of the most popular vehicle segments in the US is still the midsize sedan. Even though companies such as Chrysler, Ford, and Mazda have left the segment, models such as the Toyota Camry, Nissan Altima, and Honda Accord still make up about a million vehicles in sales every year.

The average price of a new midsize vehicle was $31,886 compared to $28,287 in 2021, up 12.7%. That can be attributed to diminished incentives on even popular models and fewer competitors offering steep discounts to clear out remaining inventory. 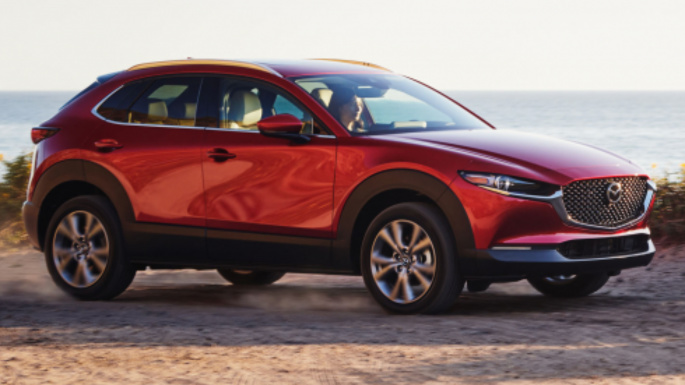 The average price of a subcompact SUV was $29,555, up from $26,425 and representing nearly a 12% rise over March 2021. Expect this type of vehicle to continue to rise in price because of new entries and the growing popularity of small SUVs. 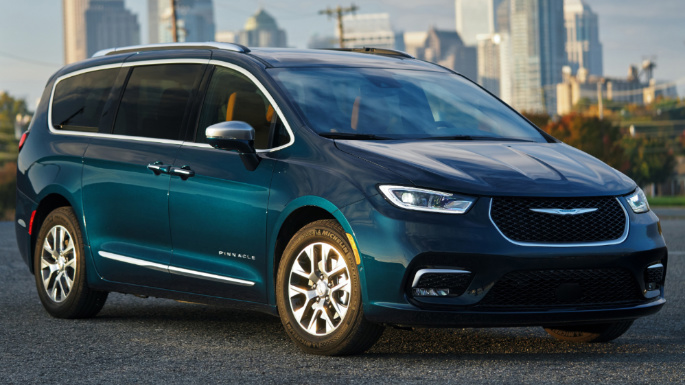 While they were falling in popularity for several years, minivans quickly became one of the most sought-after vehicles at the height of the pandemic. However, the problem was that the few automakers still making minivans prioritized quicker-selling SUVs instead. That left a few minivans on the ground, and they were quickly snapped up or had hefty markups slapped on the window stickers. Automakers still haven't caught up with demand, though, and this class has new and recently revised models.

The average minivan transaction price was $46,847 in March 2022, up from $40,964 a year earlier, a 14.4% rise and one of the steepest increases among all vehicle classes. The Chrysler Pacifica Hybrid is one of the models in shortest supply and happens to have one of the highest transaction prices (before plug-in hybrid incentives). And the Toyota Sienna is also in very short supply and was the best-selling minivan in 2021. 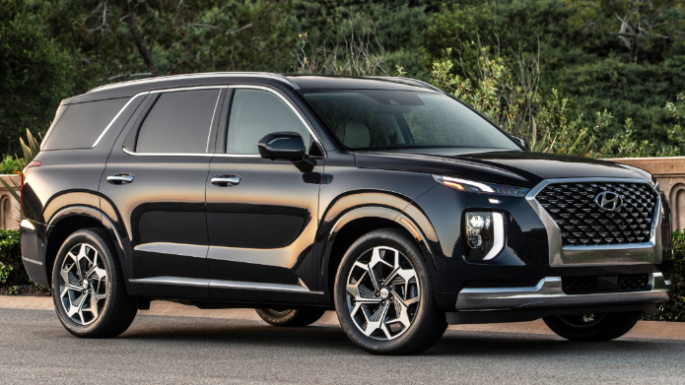 The average midsize SUV sold for $46,771, up from $41,757 a year ago, a 12% increase. The Nissan Pathfinder was completely overhauled for 2022, while best-sellers like the Honda Pilot and Toyota Highlander are also expected to get substantial revisions later this year. 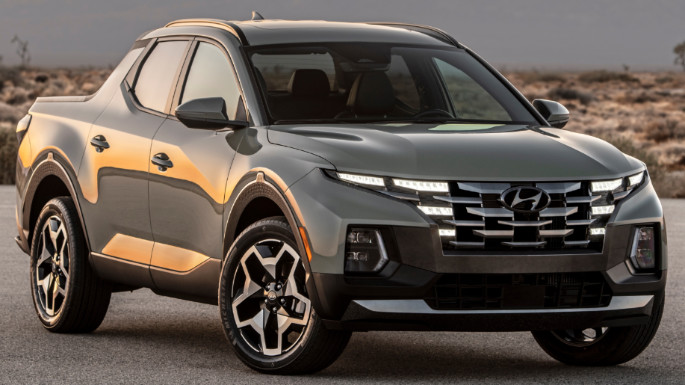 The most popular vehicle every year is the pickup truck, and there are new players for 2022 and increased interest in this competitive class from big companies such as Chevy, Ford, and Toyota. And it also includes popular new small pickups, such as the Ford Maverick and Hyundai Santa Cruz.

While companies such as Hyundai, Nissan, and Toyota are relatively small players in this class, they all have new or redesigned pickup trucks like the new Frontier and Tundra. In addition, there are also pricey new electric pickups, such as the Ford F-150 Lightning and Rivian R1T, that, while relatively minor in terms of sales, could increase transaction prices in the second half of 2022. 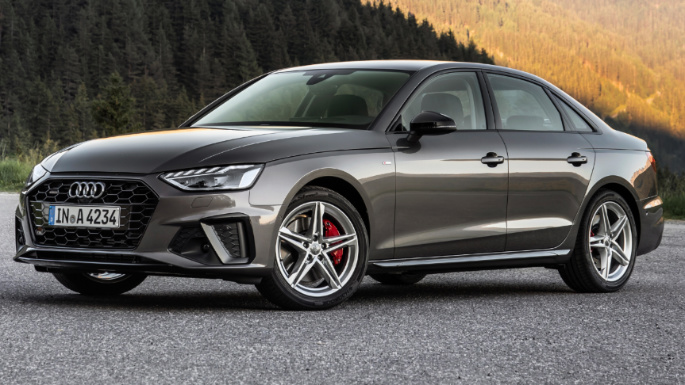 Compact luxury cars are suffering the same fate as mainstream small vehicles. Buyers have increasingly turned to small luxury SUVs, forcing automakers to promote more expensive versions to compensate for diminished sales of models like the Audi A4, BMW 3 Series, and Mercedes-Benz A-Class.

The average small and compact luxury car sold for $51,491, up 9.3% from 2021. There is some relief for the segment, however. The Audi A3, which was largely unavailable last year, has been redesigned and is now available. So has the Mercedes-Benz C-Class, one of the best-selling vehicles in the class. And the Acura Integra has been revived for 2023 and should appear in showrooms by summer. 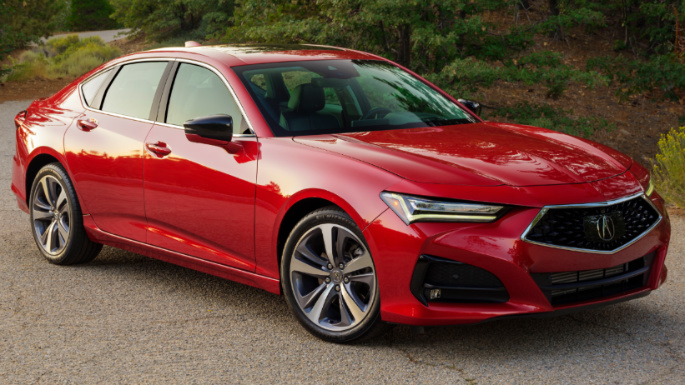 Like smaller luxury cars, midsize and large luxury sedans and wagons continue to take a hit from SUVs. And while Acura, Infiniti, and Lexus have thinned their sedan lineups over the years, Genesis now fields three luxury sedans, and sales for the startup brand are growing (although primarily due to its SUV line).

It doesn't help that relatively few new models are on the horizon. BMW's new 7 Series will likely arrive next year, although it doesn't contribute much to sales. Neither will the all-electric Mercedes-Benz EQS or upcoming midsize EQE. 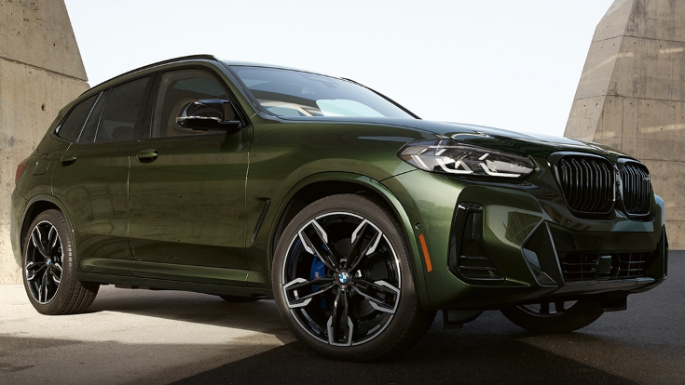 Compact luxury SUVs continue to be where consumers land when shopping for upscale brands. Models such as the Audi Q3, BMW X3, Genesis GV70, Mercedes-Benz GLB-Class, and Volvo XC60 continue to be hot commodities.

And expect prices to continue to rise as new models appear, such as a new version of the Mercedes GLC-Class, and electrified cars such as the Audi Q4 e-tron and Genesis GV60 that will join the Tesla Model Y and Volvo XC40 Recharge. 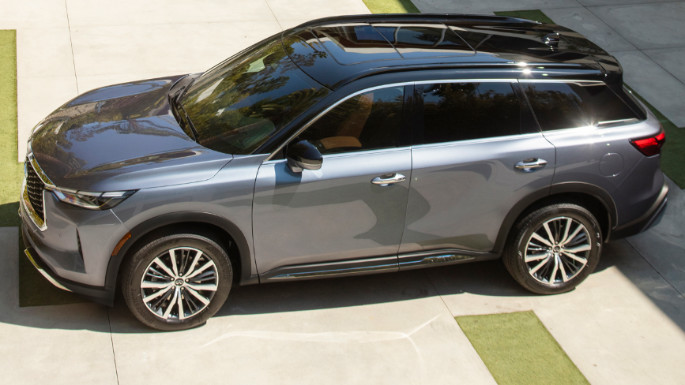 Finally, large luxury SUVs remain popular and have several new entries that are attracting buyers away from sedans. The Acura MDX was revised for 2022, as was the Infiniti QX60. And the revived Land Rover Defender barely stays on dealership lots before being snapped up — and can go for over $100,000.

Both size classes could see price jumps later in 2022, though. A new Range Rover is just arriving in showrooms, and prices go well past the $100,000 mark with modest options. A new high-performance Cadillac Escalade will cost $150,000, while the Jeep Grand Wagoneer continues to make inroads at the high-end of the category, also exceeding $100,000.

What Should I Look For?

If you can help it, wait to buy a new car. Prices are sky-high, interest rates have nowhere to go but up, and inventory levels are thin or non-existent at some dealerships. It's not a buyer's market, and you'll overpay for a new vehicle right now.

That said, it's a better time for those who have a vehicle to trade-in. Dealers are desperate for used cars and are more willing to accept cars with higher mileages, or that might need a level of reconditioning that they would have turned up their noses at three years ago. That could offset losing out on discounts or more favorable interest rates available in previous years.

Usually, it would be advisable to look for a lightly used example of a new vehicle that you're looking at, but used cars are in some cases more expensive than used examples. And some unscrupulous car dealers are still adding thousands of dollars to the manufacturer’s suggested retail price (MSRP) of popular vehicles.

Try to hold out until 2023, but continue to shop around like you’re car buying. Some automakers are starting waiting lists and taking deposits for 2023 models now, too, when they hope the parts and chip shortages will ease later in 2022.