Crossovers and SUVs are more popular now than ever before, which can make buying a used model difficult and expensive. Used SUVs from recent years still carry a premium over typical used cars, despite having more miles and, often, expired warranties. Careful shopping and critical test drives come in handy in this situation, as does a strict budget. We have decided to set ours at $10,000.

Read on to discover ten of the best-used SUVs under $10,000. All models should be reasonably easy to find under budget. Naturally, prices may vary depending on many factors, such as upgrades, condition, repair history, and so on. 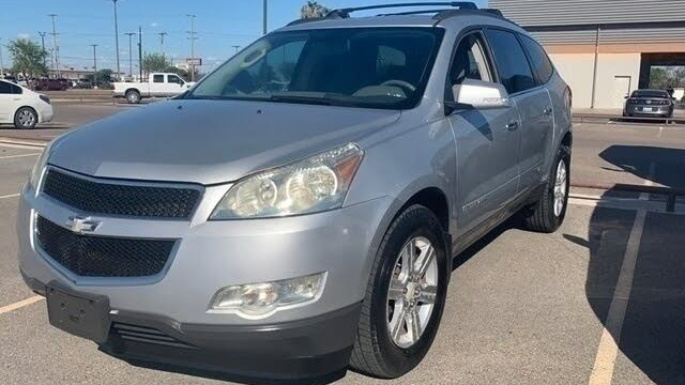 The Chevy Traverse was a brand new car for the 2009 model year and received good reviews at the time. The spacious minivan alternative offered ample space for both passengers and cargo, including rear seats that accommodate full-size adults. With configurations for seven or eight passengers and available all-wheel-drive, the Traverse is a great car for all-weather family transportation on a budget. 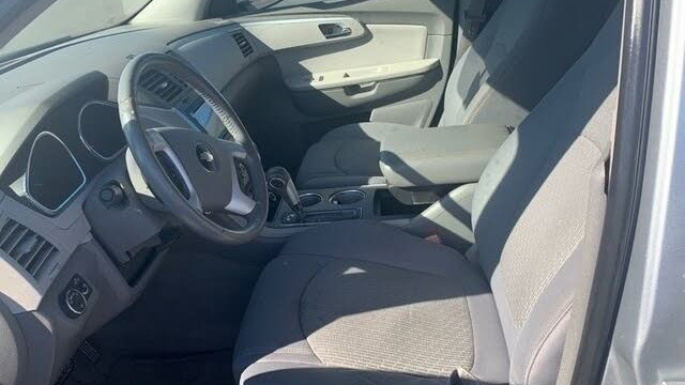 The Traverse doesn't have the nicest interior materials and lacks the capability of truck-based SUVs, but it delivers in other areas. When new, the Traverse received excellent marks for safety, and the 3.5-liter V6 engine is powerful, reliable, and delivers reasonable fuel economy. 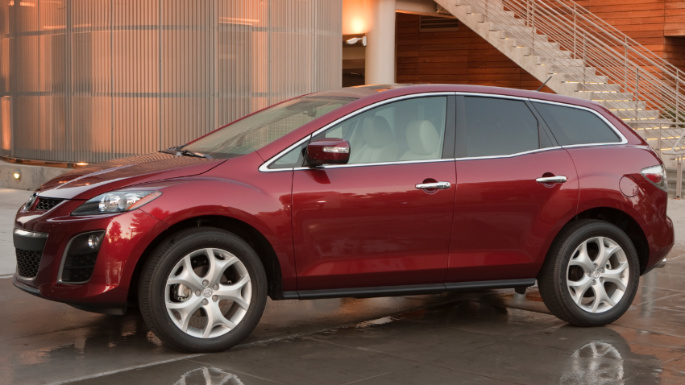 The 2011 Mazda CX-7 offers fun in spades. It is a five-passenger crossover with plenty of cargo space that is great for families, but a sports car at heart. The styling was inspired by Mazda's flagship sports car of the time, the RX-8. The vehicle was offered with the buyer's choice of either a non-turbocharged, 161-horsepower, 2.5-liter engine or a 244-horsepower, turbocharged, four-cylinder engine. Keep that in mind as you shop around. If you want to experience what makes this crossover such a blast to drive, you are going to want the turbo version. Of course, the standard engine still offers more than enough performance for the average commuter. 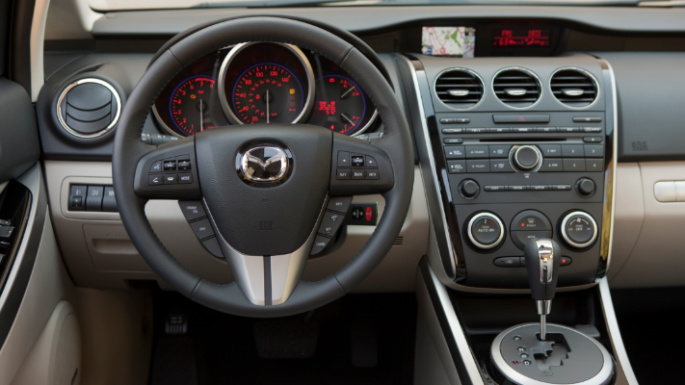 The Mazda CX-7 is available in five different trim levels, so be sure to do some homework before pulling the trigger. You should have no problem finding a solid CX-7 for less than ten grand, and you may be able to get it for significantly less if you shop around. Even the base trim level offers excellent features such as cruise control, power windows and locks, and 17-inch wheels. The higher trim levels include some exciting upgrades such as leather seats, a better sound system, and larger wheels, to name just a few. 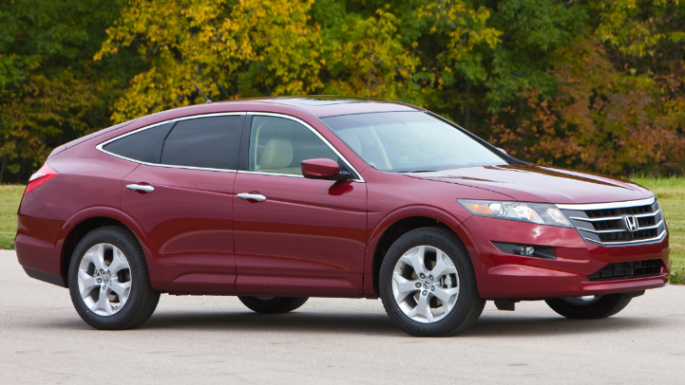 The Honda Accord Crosstour is a bit of an enigma, with a body shape that is a mix of SUV, hatchback, and car. It was not heralded for its looks at the time but has aged well. Those infamous exterior features, mean the Crosstour can be found at a bargain. 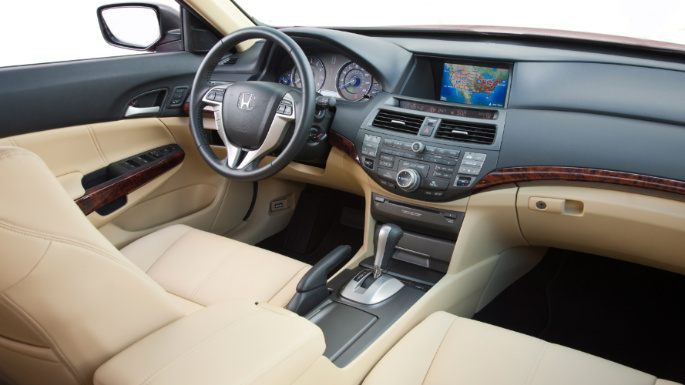 All Crosstour models are equipped with a 271-horsepower V6 engine and had available AWD. The awkward rear shape does add additional space when compared to the normal Accord but falls behind rivals with true wagon designs. The Crosstour has another advantage of its sedan sibling, a towing capacity rated at 1500 pounds. For your budget, you get Honda Accord reliability with much of the utility of larger SUVs. 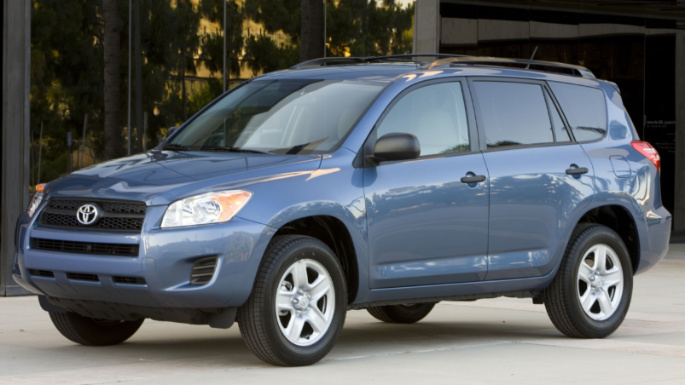 The Toyota RAV4 is both an elder statesman of the SUV and crossover world and a cutting-edge tech machine in today's market. Even in 2010, the vehicle offered many upscale features, including Bluetooth, that was not often found outside of luxury brands like Lexus. The Limited trim features heated seats, keyless entry, and leather seats that rival luxury SUVs of the time. 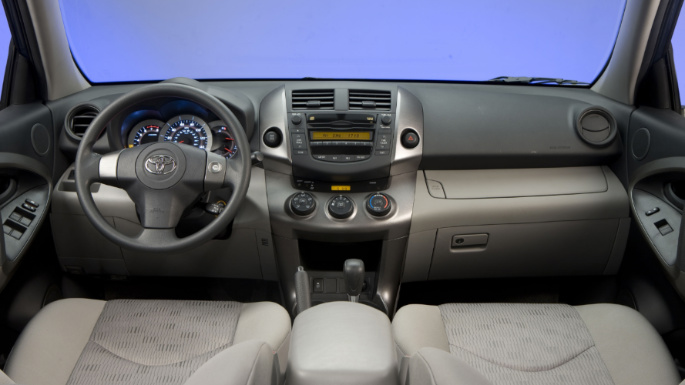 This crossover was available with either a frugal four-cylinder or strong V6 that turned it into a quick family hauler. Prices for the RAV4 started in the $20,000-range in 2010, but today the crossovers can be purchased for pennies on the dollar. 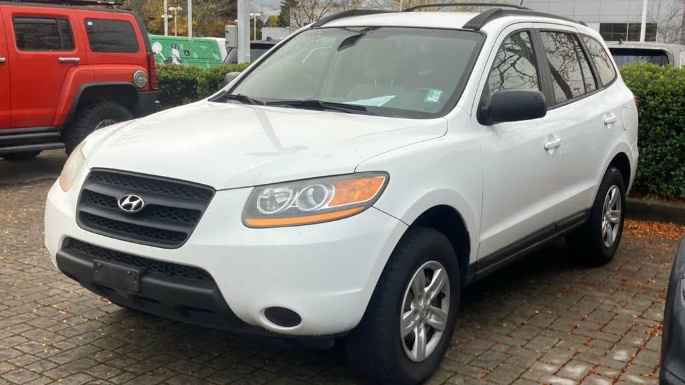 Hyundai is a brand known for packing their cars with value, and the mid-sized Hyundai Santa Fe is no different. With an available third row, the Santa Fe offers seating for up to seven, though the rear seat is a tight fit for adults. 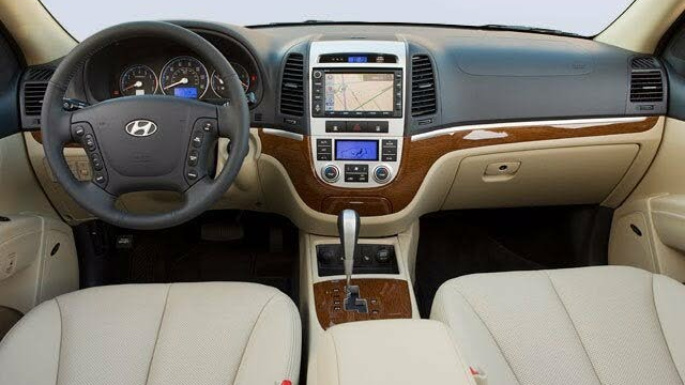 The Santa Fe came with the choice of two powerful V6 engines, which also returned good fuel economy for the time, even when equipped with four-wheel drive. Look for a top-tier Limited trim, which includes heated leather seats, upgraded stereo, and the larger more powerful engine. 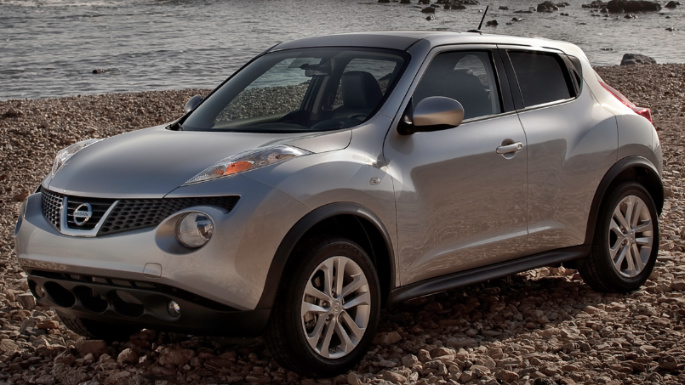 Nissan's plucky entry into the subcompact SUV category is well-liked by its owners, with an almost cult-like following. The Juke's frog-like styling was not well received when new, but as crossovers have generally grown blander, the Juke has become more attractive. The interior is small, but comfortable, though taller adults will find the back seat cramped. 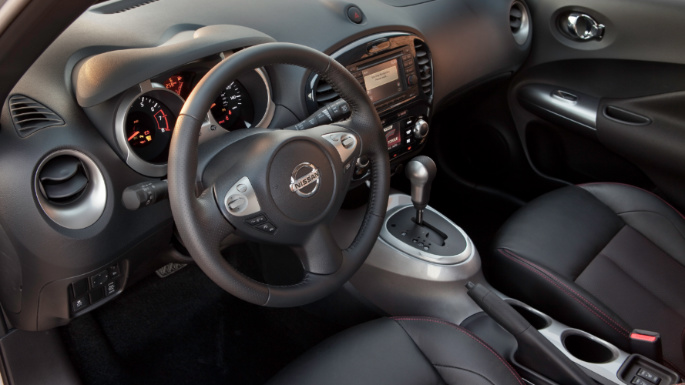 Where the Juke really shines is in driving pleasure. It's a small, sporty, maneuverable crossover, great for city dwellers wanting a little more utility. Keep an eye out for turbocharged AWD models with torque-vectoring for an even more engaging driving experience. Below the $10,000 budget, Jukes should be plentiful, in good shape, and come with mileage under 150,000. 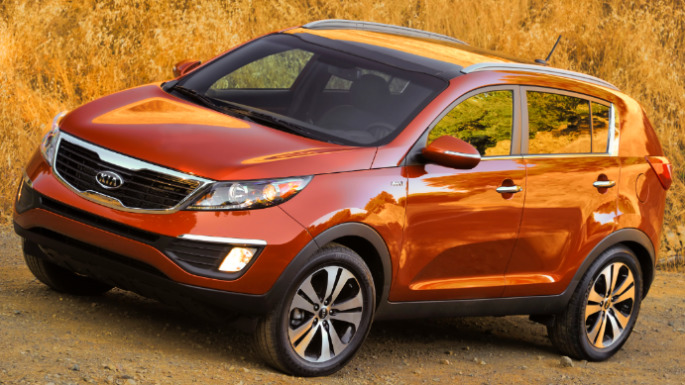 Kia has come a long way from its bargain-brand beginnings, and now makes some of the most desirable vehicles on the market. Though it is several years and a couple of generations old, the 2011 Kia Sportage is an excellent example of the company's focus on quality and value. The crossovers are known for dependability and good handling, both with front-wheel and all-wheel-drive.

The 2011 Sportage will likely scrape the top of the $10,000 maximum price, but both four-cylinder engine options deliver good fuel economy, the vehicle itself is spacious and comfortable, and there is plenty to like on the tech side, even if it is a little dated at this point. The Hyundai Tucson from this era is just as good. 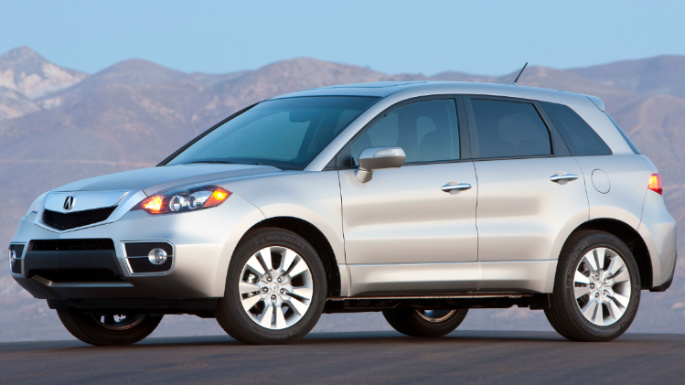 Today's RDX is sporty, full of tech, and luxurious, but earlier models still have appeal. The 2010 RDX is powered by a turbocharged four-cylinder engine and can still deliver a decent number of mpg if driven carefully. The big difference between yesterday's Acura and the ones we see today is interior quality. Previous generations were much closer to Honda than they were to luxury brands like BMW on build and materials, but that is not necessarily a bad thing. Honda is solid in its own right. 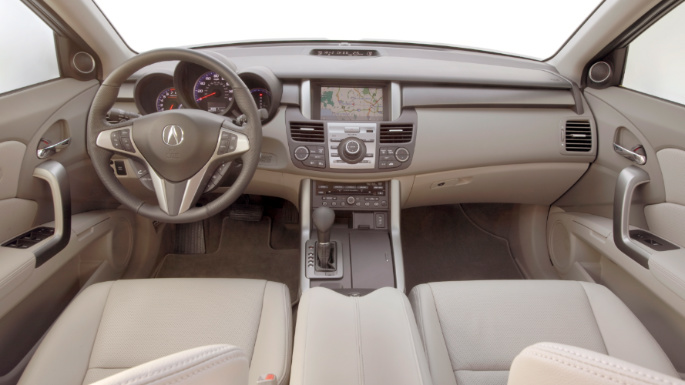 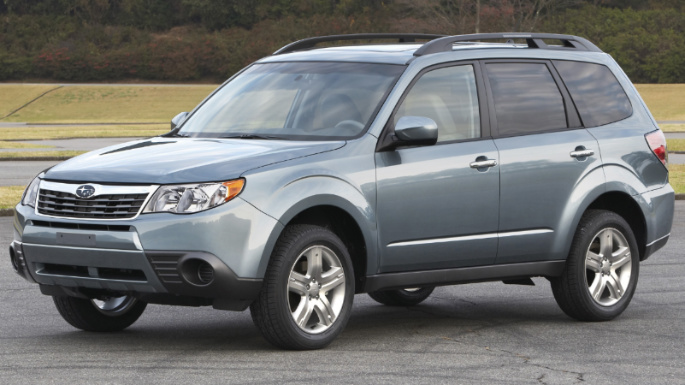 It might not be immediately apparent that the Subaru Forester is an SUV (crossover, really), but it has the size and capability to take on heavy-hitters like the Toyota RAV4 and even some midsize SUVs. Any model year will do the trick, but 2009 is a sweet spot for usability, cargo space, and even fun. Standard AWD doesn't hurt, either. 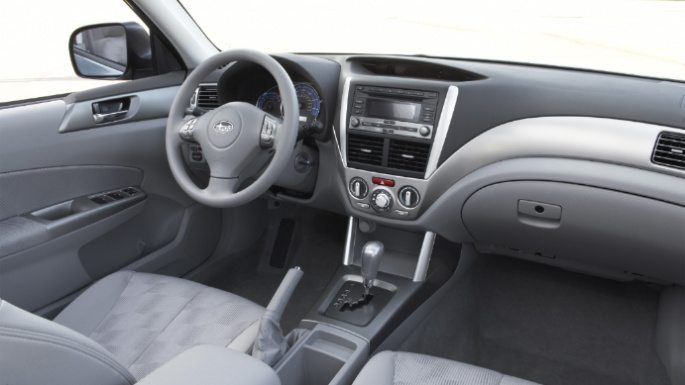 The Subaru Forester comes standard with a symmetrical all-wheel-drive, as well as a 2.5-liter four-cylinder Boxer engine. You can expect better-than-average fuel economy, as well as exceptional visibility (especially in the rear). The 2009 model may not have as many bells and whistles as some of the SUVs on the market today. But the interior is a joy to experience, thanks to its colorful, easy-to-read gauges, stereo controls, and climate controls, as well as the sunroof that is perfect for cruising during nice weather. 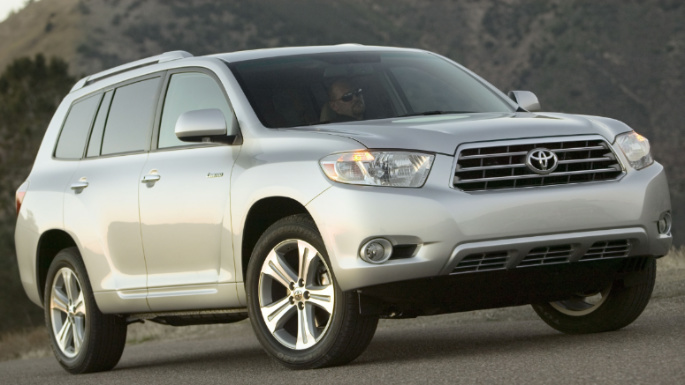 The 2008 model year was a good one for the Highlander. It marked a full overhaul for the venerable utility vehicle and brought new styling, a powerful V6 engine, and more standard equipment than the model years before it. The larger dimensions also brought more practicality and plenty of room for kids, pets, and gear. There's also an available third-row seat. 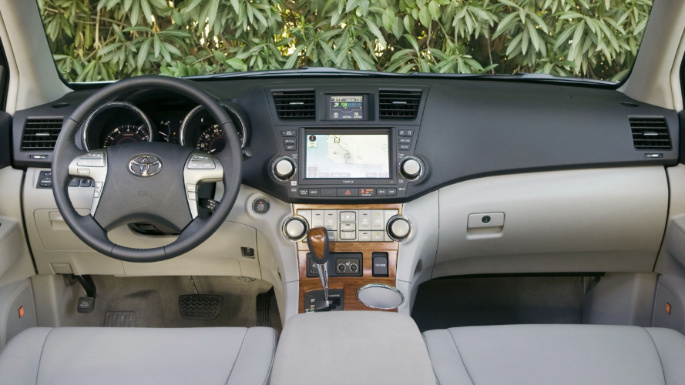 New on the dealership lot, the Highlander carried a base price of almost $30,000 in 2008, but today the vehicle can be purchased for well under our $10,000 mark. The Toyota has also proven itself to be dependable, so you might get away without the need for an extended warranty. 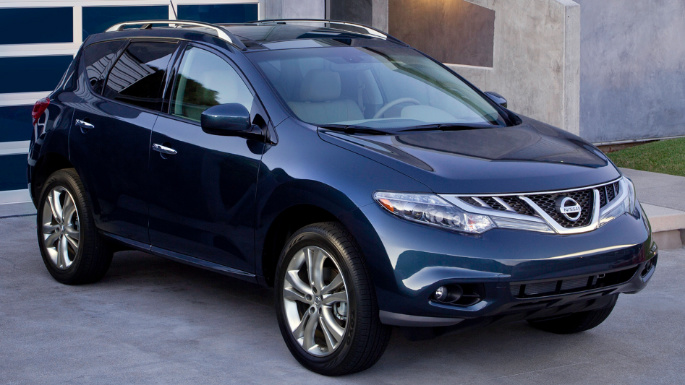 While you could technically spend more than ten grand on a 2011 Nissan Murano, most trim levels sit comfortably underneath that range. Additionally, the 2009 and 2010 models are also great buys, as 2009 marks the year when Nissan revamped the Murano design. This mid-sized crossover SUV seats five passengers and is known for its outstanding reliability and safety, as well as its attractive interior and responsive handling. At the time, the bold body styling was met with both praise and criticism, but these days it is not quite as polarizing. 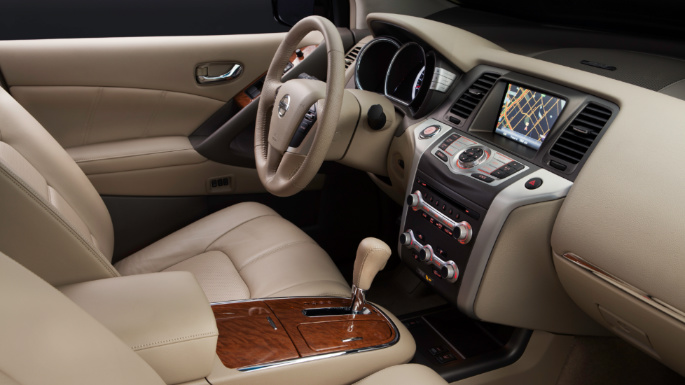 If you drive in an area with a lot of hills, the 2011 Murano will be a fantastic choice, as the V6 engine delivers ample torque for varied terrain. The crossover's Continually Variable Transmission keeps the vehicle's RPM rate consistent so you can enjoy a smooth ride wherever life takes you. The Murano offers a pleasant and often luxurious interior, including excellent leg and headroom, a heated steering wheel, leather seats, and an impressive Bose audio system. The Nissan Murano is known for pulling out all the stops when it comes to technology, and the 2011 iteration is no disappointment in that department. 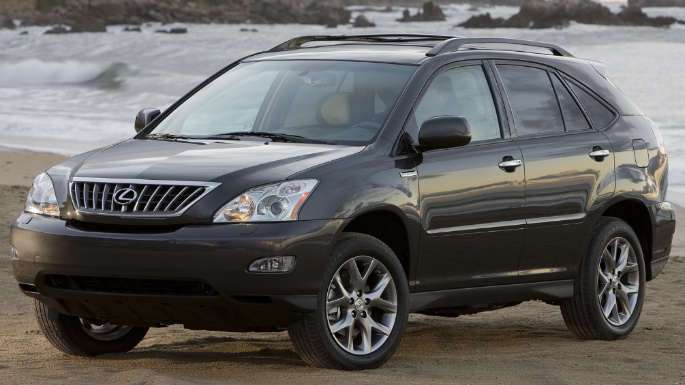 Yes, it is possible to find a Lexus RX for under $10,000. It will probably have plenty of miles on the odometer, but it should be quite reliable, as the models are known for just running without complaint. You will not be taking it off-road anytime soon, but the Lexus RX is a solid choice for a luxurious commuter. 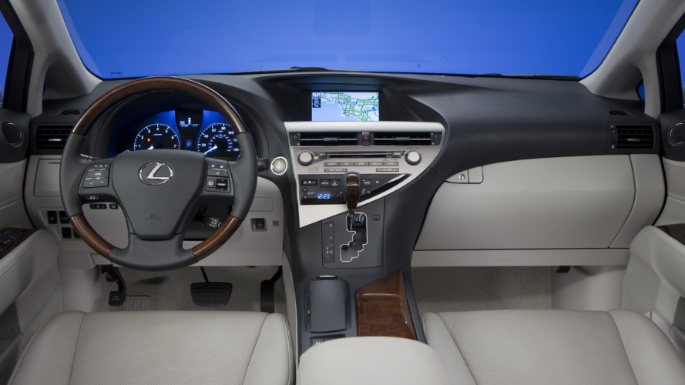 The 2009 RX came standard with a V6 engine and plush leather upholstery. Many were equipped with a kit that included a power liftgate, upping their usability considerably. The RX also delivers a car-like driving experience, with the utility of a small SUV. 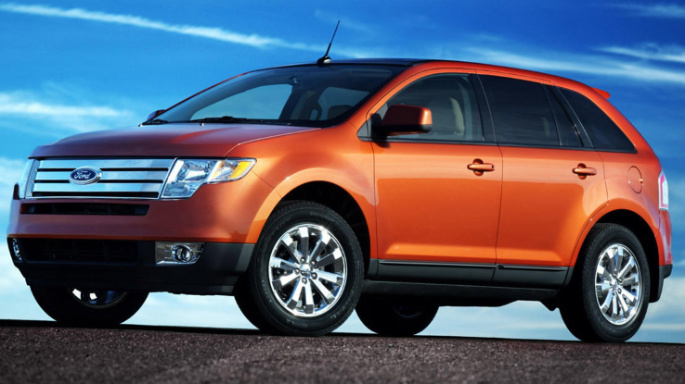 The Ford Edge is commonplace today, but when it came out, it was a revelation. Sharp styling, a powerful V6 engine, and a cushy cabin were big headlines for the crossover. Just do not look for one if you need a third row. That is what a minivan is for, after all. 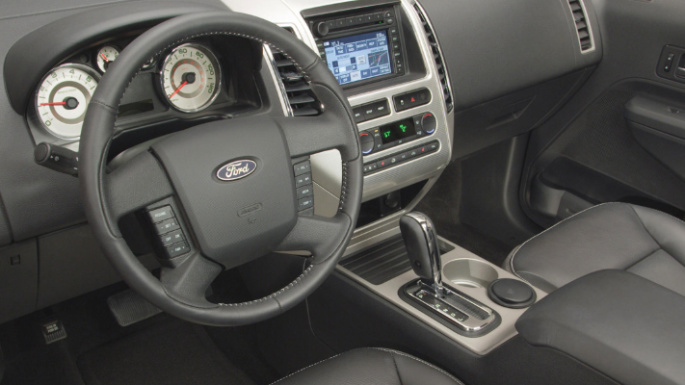 Though it does not deliver the best fuel economy with AWD equipped, the 265-horsepower V6 can deliver thrills when asked. Plus, it is hard to argue that Edge's styling is not attractive. The Ford carried premium-level pricing when new, at up to $40,000 or more in some configurations, but today they can be found for under $10,000. 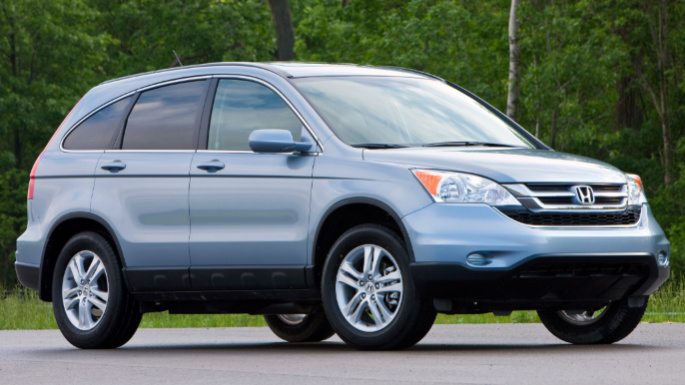 The 2010 Honda CR-V is on par with the Toyota RAV4 from the same era. The compact SUV offers excellent family space, good fuel economy from its four-cylinder engine, and great value for the money. 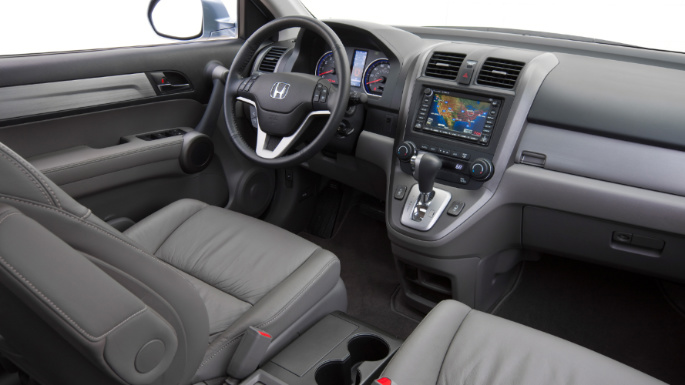 Good standard safety equipment is also part of the deal here, as the CR-V got traction control, a slew of airbags, child door locks, stability control, and more as standard equipment during this model year.

Do Your Due Diligence

These days, there are a lot of amazing deals on top-quality SUVs that you can depend on to last for the long haul. This list has some of the best cars and is a great starting point, but everyone has their unique preferences and needs. Spend some time researching your options. If you are not able to find an exact make or model on this list, you may still be able to score an incredible deal if you shop around. The $10,000 price point will go a long way when it comes to buying used SUVs, so do not underestimate your buying power.

Finally, take the time to get a pre-purchase inspection. This is important when buying any used car, but is absolutely vital when shopping for vehicles under $10,000. Most of the models you see here have been around long enough now for major problems to have been reported and fixed, but it is up to you to have the vehicle checked out to avoid costly issues down the road. A cheap pre-purchase inspection will save major headaches.