When searching for a new car, it is not uncommon to find yourself feeling a little bit uninspired. So many new vehicles come in bland, neutral colors that don’t do much to bring up a feeling of excitement or innovation.

While black cars, white cars, and other paint colors on the grayscale are incredibly popular, they aren’t going to be very thrilling. Fortunately, some new car colors are coming to the market for the 2022 and 2023 model years that are bringing some eye-catching flavor to new vehicles.

While the most popular colors for new vehicles have that distinction for a reason, it is nice to know that you have different color options if you want to go a little wilder.

Knowing what some of the best car colors for 2022 and 2023 are can show you want options you have and get you thinking about your next car purchase. With the right color, you can make your sensible SUV or minivan feel like a sports car that stands out from the crowd without having to deal with all the power and impracticality of a Dodge Challenger, Charger, or Mustang. 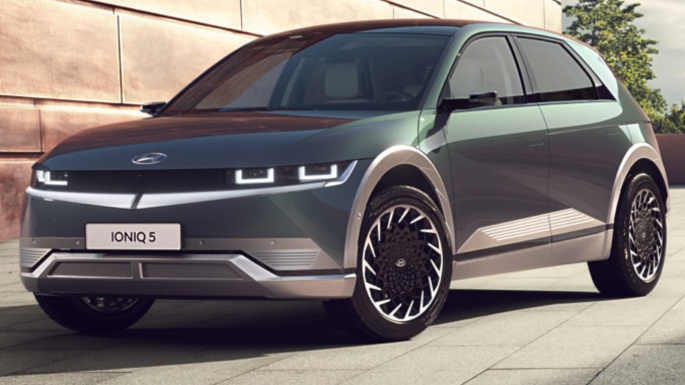 In a world where neutrality and sleek, dark colors are the norm, Hyundai’s Digital Teal is a welcome addition to the flock. This metallic blue-green is heavy on the green side when it is in the sun but in the shade, it comes off more as a deep ocean blue.

These kinds of color-changing effects are incredibly bold and bring a level of unique futurism to the vehicle. This modern look and feel is perfect for the vehicle it was formulated for: The Ioniq 5. As an all-electric crossover, the Ioniq 5 is a great choice when it comes to a unique, head-turning style. 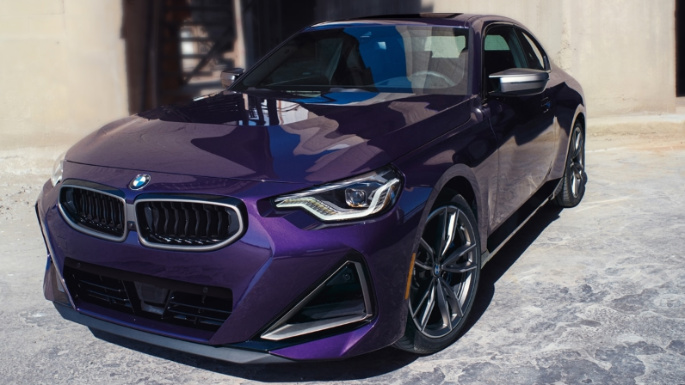 For years, BMW has been known for creating wild, interesting colors for their vehicles. However, most of the time, they were only available for the higher-end models. That is, until now. The BMW 2 Series is now available with the truly striking Thundernight Metallic. This color is very close to straight-up purple but has a more refined, subdued darkness to it that makes it classier and less garish.

This color fits especially well with the vintage charm of the 2-Series and gives you a way to stand out while still maintaining a sense of style and elegance that other vehicles in its class, such as the Audi A3, may not have. This is a tough middle ground to strike but it could be one of your best options if you are tired of the same old factory colors. 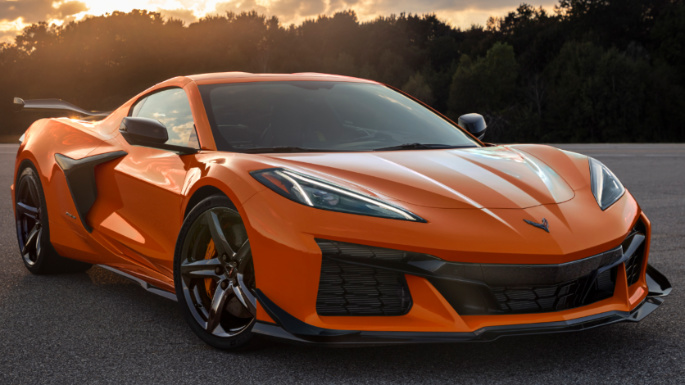 Orange is a difficult vehicle color to make work but with the right application on the right car, it can be stunning. Chevrolet’s Amplify Orange is replacing their previous orange offering, Sebring Orange Metallic, and is available on the Stingray C8 and Z06.

Unlike the previous orange color, Amplify Orange is a flat, non-metallic paint that lets the actual hue speak for itself. Since the models that the color is available on are already incredibly flashy and performance-oriented, it makes perfect sense that Amplify Orange should work so well with them. It brings even more showmanship and drama to an already-wild vehicle. 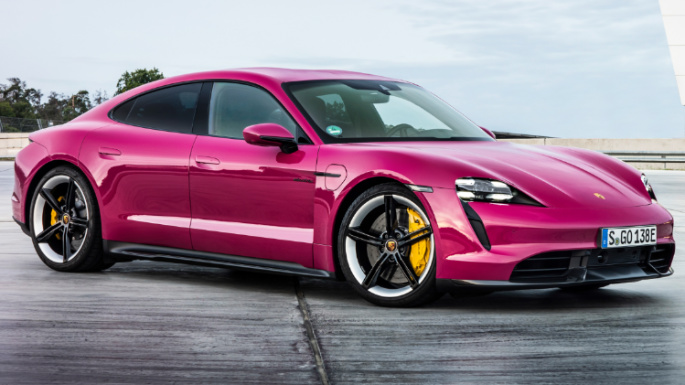 The Porsche Taycan is one of the examples of throwback trends with a modern twist that have become so popular in recent years. Nowhere is this more apparent than in the reintroduction of Porsche's bold Ruby Star paint color, which has been revived from the 911s of the 1990s. This color used to be called Ruby Stone Red and was available throughout the early 90s and for an electric car like the 2022 Taycan, it is back in all its bold, retro-futuristic glory.

The name change is partially due to the fact that it is closer to pink than red and it has a slightly lighter tone than the previous incarnation. It is a non-metallic paint and brings out the radical, sleek styling of the Taycan perfectly with its astounding depth. 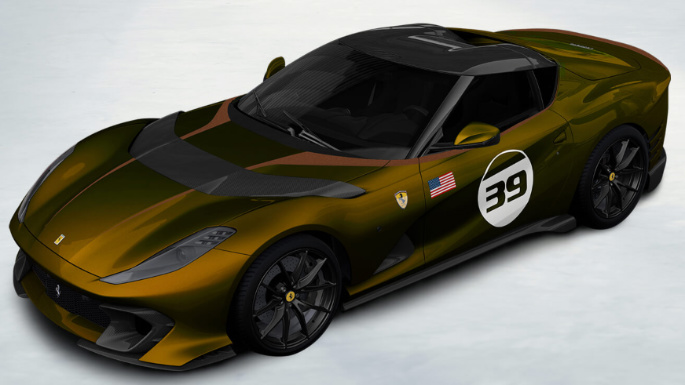 While most people will be looking for more sensible cars in the current economic climate, that doesn’t mean that high-end vehicles are going to be left out in the cold when it comes to bold new colors. One example is Ferrari’s Verde Volterra, which is currently available on the SF90 Stradale, SF90 Spider, and 296 GTB.

This color is meant to celebrate 10 years of the Ferrari Cavalcade series and got its inspiration from the deep green and earth tones of Tuscany. Equal parts green, orange, and gold depending on what angle you are looking from, this is a truly unique color that has a lot to offer. Its iridescence is one of the things that sets it apart from other colors in the series and it has a dynamic, constantly changing look that is perfect for these vehicles. 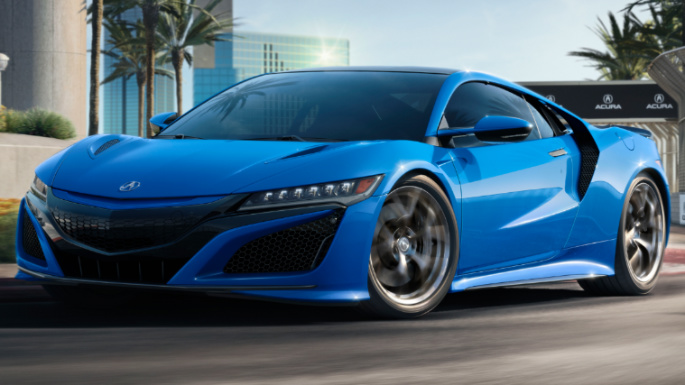 Honda’s luxury cars division, Acura, has recently started making the NSX again. This vehicle dominated the 90s and to celebrate its return in the last few years, it is being offered in an incredibly retro blue hue called Long Beach Blue Pearl. This new blue is luxuriously deep and bold and brings back some of the neon flashes of the 90s with a modern twist.

The color is named after the Long Beach Grand Prix, which Acura sponsors. This is the longest-running street race in North America and the homage is not unusual for Acura, who will often name colors after different races such as Indy Yellow. The color of this blue car is a new version of one that was available on the first generation of the NSX with a new, brighter pearl mixture that brings out its depth. 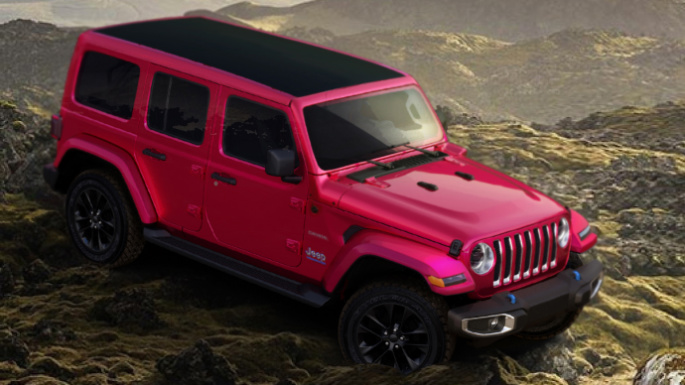 Pink is not necessarily known for being one of the most popular car color choices but the people who love it will clamber for it when it comes out. This is very true with Jeep’s Tuscadero Pink, which brings a new level of fun and excitement to the already-retro Wrangler. While many people made jokes about it when it first came out in 2021, it was extended into the 2022 model year simply out of popular demand.

The bright pink paint color was made available on all trim levels of the Wrangler and quickly racked up over 30,000 orders in 2021. Since then, it has been just one of the many bold and interesting color options that Jeep has introduced including Gobi Tan and Firecracker Red. If you are looking for a vehicle that will turn heads not only with its color but also with its off-road, vintage credibility, a Wrangler could hold the key for you. 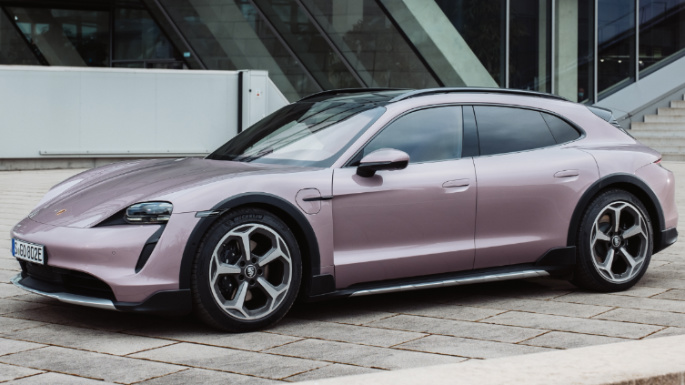 Many of the bold and wild colors available on new or used cars are so exciting because there is nothing understated or subtle about them. In a world where people are looking to make their cars blend in, those who seek out something different usually want something extreme. For those who are looking for a color that is a little more subdued but still has an interesting edge, Frozen Berry on a Porsche Taycan could be the answer.

Keeping with Porsche’s late tradition of renewing and refreshing old color options from the 90s, Frozen Berry was previously known as Raspberry Red. However, for the new Taycan, it has been completely renewed with adjustments to the tone that make it incredibly fresh and airy. 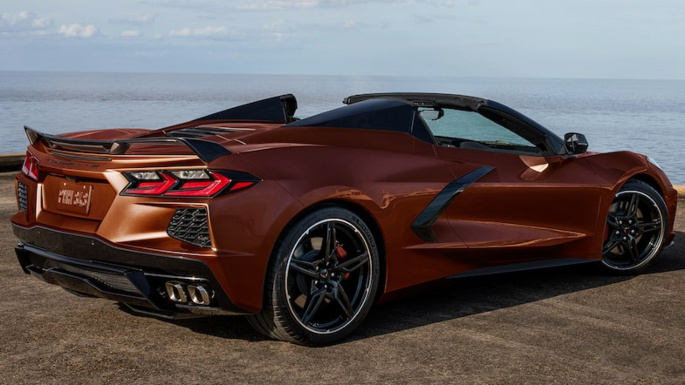 If you want something new for your vehicle but bright colors aren’t your favorite, Chevrolet’s Caffeine could be a good option. This metallic reddish-brown is available on the Corvette Stingray convertible or coupe and brings some warmth to the table that you might not think of when you think of wild colors. However, it is just as striking as some of the other red cars or green cars you might see with unique paint jobs without being so bright or eye-catching.

One of the most interesting qualities of the Caffeine paint formula is the fact that it has more metal flake in it than any other color previously offered in a Corvette. This means that even though it is a darker, warmer color than you might be used to with these bold paint jobs, it is incredibly dynamic. What you see in the shade will be much different than what you see when the vehicle is in the sun. 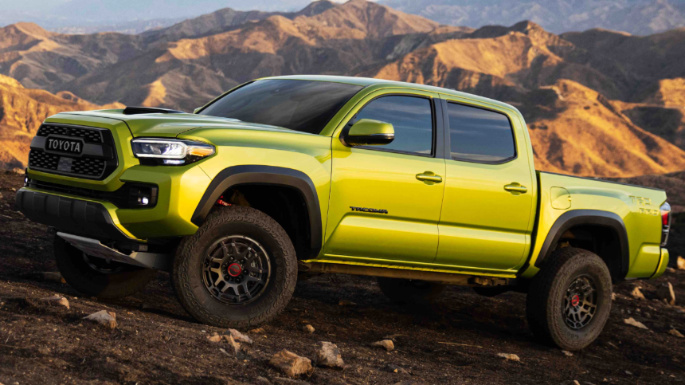 Toyota has long been known as an automaker that produces practical, economical cars. However, that doesn’t mean that they can’t have a little bit of fun every now and then. This is most apparent in the TRD Electric Lime trim level, which is available for the 2023 model year on the Tacoma pickup truck, Tundra, and 4Runner. This bright, neon green is an excellent addition to the rugged look and feel of the TRD line.

If you are looking to bring an extra element of style to your Toyota SUV or truck, the Electric Lime TRD trim could be a great option. It is a metallic, light green that brings out some of the interesting exterior features of the TRD lineup that could otherwise be missed. Combining this with the off-road capabilities of these vehicles makes for a truly unique ride. 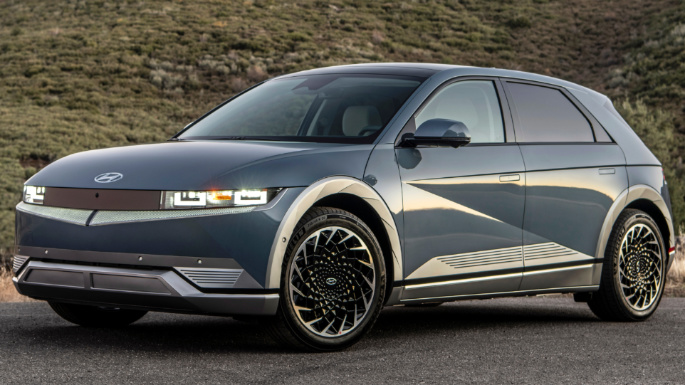 While many of the unique colors currently available are in the metallic category, that doesn’t mean that they all have to be shimmering to be interesting. Hyundai’s Shooting Star is a matte gray that screams retro-futurism and its addition to the Ioniq 5 color lineup makes perfect sense. This electric crossover is a modern look at what is to come with SUVs and Shooting Star is a great color option.

The thing that makes a matte car paint like Shooting Star so unique is that it accentuated the sleek look of the Ioniq itself. By being so nondescript, it manages to stand out in a way that you would never think of just by seeing the name on paper. In some cases, all it takes to be different is to be as low profile as possible.

Car buyers are always looking for something that jumps out at them when they are browsing for a new vehicle. By knowing what the boldest and most interesting color options are for 2022 and 2023, you can see what is available and hopefully find something that grabs your attention while also boosting the resale value of the car and slowing depreciation. Sometimes, the color of your car can be all it takes to make you fall in love with driving again and to get excited about getting out and hitting the road.