Body on Frame vs Unibody - What's the Difference?
Share

Body on Frame vs Unibody - What's the Difference?

When it comes to unibody and body-on-frame vehicles, the differences between the two are pretty straightforward. The body and chassis of a unibody vehicle are together, while the body-on-frame vehicle is just what the name suggests: a vehicle with a frame with a body that rests atop it.

These two types of vehicle construction have dominated the car industry in the United States since the invention of the automobile. So if you're shopping for a new or used car, it can be helpful to know more about both unibody and body-on-frame options.

Essentially, body-on-frame construction entails mounting the car or truck's body on a chassis carrying the powertrain -- like the Ford F150 seen above.

In contrast, unibody construction (sometimes called car-based construction) involves manufacturing the frame and body of the vehicle as a single piece.

Today, almost all cars, SUVs, and even some pickup trucks feature unibody construction, but that wasn't always the case. Therefore, a more in-depth breakdown of the differences between body-on-frame and unibody vehicles can help understand the two.

Nearly all midsize and full-size trucks are body-on-frame construction. This includes industry favorites like the Ford F-150 and Ranger, Chevy Silverado and Colorado, Ram 1500, GMC Sierra and Canyon, Toyota Tundra and Tacoma, and Nissan Titan and Frontier.

Modern body-on-frame SUVs for 2021 include the Ford Expedition and Expedition Max, the Cadillac Escalade and Escalade ESV, and the Lincoln Navigator and Navigator L. Other 2021 frontrunners in this category include large SUVs such as the GMC Yukon and Yukon XL, the Chevrolet Tahoe and Suburban, the Toyota 4Runner and Landcruiser, the Lexus GX Infiniti QX80, and the Nissan Armada.

Over time, many SUVs, such as the Jeep Wrangler and Cherokee, and the Ford Explorer, have switched to unibody construction. The Honda Ridgeline is a unibody pickup truck, and Hyundai plans to release a similar vehicle.

Two modern passenger cars that use body-on-frame designs are the BMW i3, an electric vehicle, and the BMW i8, a plug-in hybrid sports car, both of which use carbon fiber throughout the design.

Which Vehicles are Unibody? 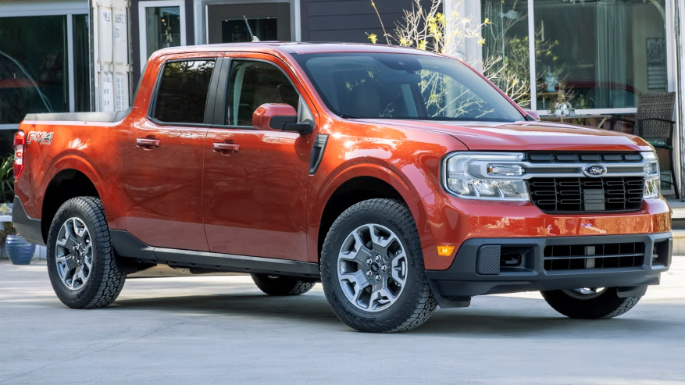 Meanwhile, nearly every other type of passenger vehicle (sedan, hatchback, minivan, crossover, SUV, and even some pickups like the Ford Maverick seen above) uses the unibody design. That includes crossover SUVs, which increasingly featured unibody designs after the release of the Toyota RAV4 in 1994.

The Benefits of Body-on-Frame Design

The Drawbacks of Body-on-Frame Design

Despite their benefits, body-on-frame vehicles are far from perfect. For example, their torsional flexing hurts their handling and road grip, and they're heavier overall than unibody vehicles, which cuts into their fuel economy. The high ground clearance of many body-on-frame vehicles — and resulting high center of gravity — also makes them harder to drive.

A significant drawback of body-on-frame vehicles is that they lack crumple zones. Crumple zones are regions of vehicles that absorb kinetic energy during a crash, so the passengers don't absorb it instead. They're a significant safety feature of modern cars and regularly save lives. According to a National Center for Biotechnology Information study, occupants of body-on-frame SUVs are more likely to die in accidents than occupants of unibody SUVs. Finally, although body-on-frame vehicles are better for off-roading, they sometimes produce a rougher ride on normal roads.

The Benefits of Unibody Design

Unibody vehicles have come to dominate the market for many reasons. In addition to their superior safety features and better fuel economy, they're easier to design. Computer-aided design software allows automakers to mold the shells of cars like clay to achieve precise contours. Sophisticated manufacturing processes can pump out these shells quickly, even if they consist of many materials that must be welded or riveted and parts that must be attached. Since unibody vehicles are much more common than body-on-frame ones, finding one to buy is also easier. Also, the unibody's low center of gravity makes rollovers less likely and offers a smoother ride. Many unibody SUVs handle as smoothly as cars.

Some of the most popular unibody models for 2021 include the Toyota Highlander, Chevy Traverse, Hyundai Santa Fe, Ford Explorer, and Honda Pilot.

The Drawbacks of Unibody Design

Despite their perks, unibody vehicles don't handle twisting forces as well as body-on-frame cars. As a result, hauling and off-roading are more difficult with unibody vehicles. Unibody SUVs are also more expensive to repair since damage to part of the SUV is more often damage to the whole.

Although testing points to unibody SUVs being safer than body-on-frame ones, differences in the average model age between the two types of vehicles may be a confounding variable. Body-on-frame vehicles skew older, and many improvements in vehicle design have taken place since the shift to monocoques. That includes the advancement of driver assistance technologies that have become available on body-on-frames and unibody vehicles, too.

Which type of vehicle is right for you? That depends on how you plan to use it. If you want cheaper repairs, superior towing capacity, better off-roading capabilities, and more customization opportunities, consider a body-on-frame vehicle. However, if you want better handling and greater fuel economy, a unibody vehicle might be the way to go. Perhaps you're hoping for a vehicle that combines the two: something that you can drive with your family to run errands while also having the option to tow a trailer when needed or take your vehicle off-road when the occasion calls for it. If that's the case, determine whether the drawbacks associated with a body-on-frame vehicle are worth it for your particular situation.

The History of Body-on-Frame vs Unibody:

The first cars ever made featured wooden chassis similar to the buggies that had come before them. In the United States, Ford continued this tradition with the Model T, as body-on-frame vehicles were easy to manufacture on an assembly line. As the 20th century progressed, the frame chassis of cars consisted of steel ladder frames featuring two symmetrical frame rails connected by cross-members. Because the body was separate from the chassis, automakers could experiment with the design of the body without having to alter the whole car significantly.

By the end of the 1930s, unibody or monocoque designs — which were more efficient to construct and came with other benefits — started to appear. The Citroen Traction Avant and Opel Olympia were the first popular unibody cars. Trucks and sport-utility vehicles continued to use separate frames predominantly until the 21st century, and many still do so today.