Electric Cars vs Gas Cars - Which is Better for Me?
Share

Electric Cars vs Gas Cars - Which is Better for Me?

Electric cars are becoming more prevalent in both the new and used vehicle market. There are more models out there, and in certain areas, they're widely available and growing in popularity. But there are still many considerations to make when weighing the move to an electric car or stick with a gasoline-powered vehicle.

In this electric cars vs. gas cars debate, the factors broken down here can determine whether fluctuating gas prices are enough to make the jump to EV technology.

But there are many reasons why a gasoline car is more efficient than ever thanks to new technology. The two technologies are compared here. Of note, the term "electric car" does not include gas-electric hybrid cars (HEV) or plug-in hybrids (PHEV). 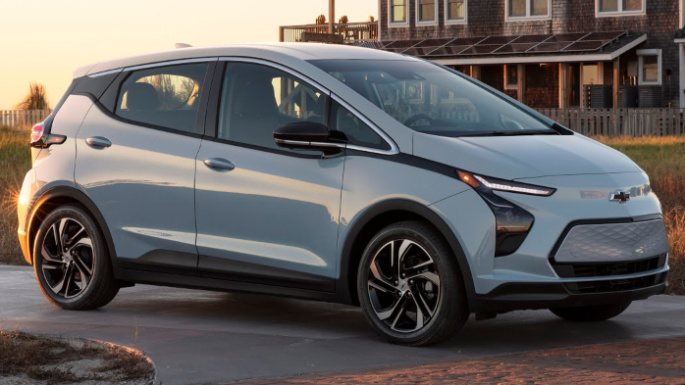 The growth of the electric car market has resulted in a more diverse crop of vehicles and purchase prices now span a range just as wide as gas cars.

Some electric car manufacturers, such as Tesla, charge more than $100,000. There are several reasons why electric vehicles are more expensive. There are fewer options available, and most car manufacturers have not invested in creating multiple models. However, electric cars may be much more common in the future as fewer traditional automakers invest in gas-powered sedans.

Although the initial price tag is more expensive, EVs may save you more money in the long run. 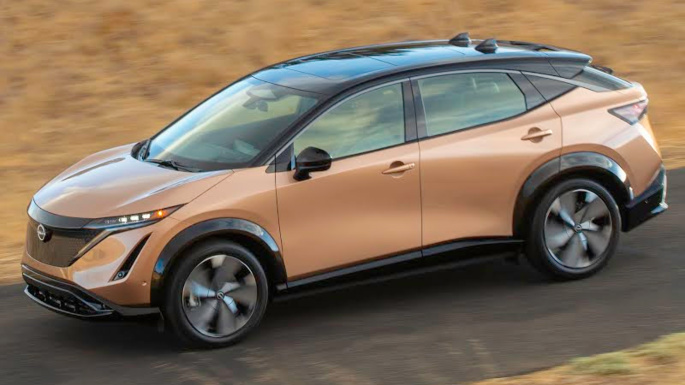 One drawback to electric cars is the lack of vehicle choice. There are only approximately 30 exclusive electric models available, although there are several more hybrid choices. Electric cars only make up about 1% of all vehicles in the U.S. auto market.

Some of them are much less expensive than a battery electric vehicle. If you have a particular type of vehicle in mind, you may have trouble finding an electric model that suits your needs. 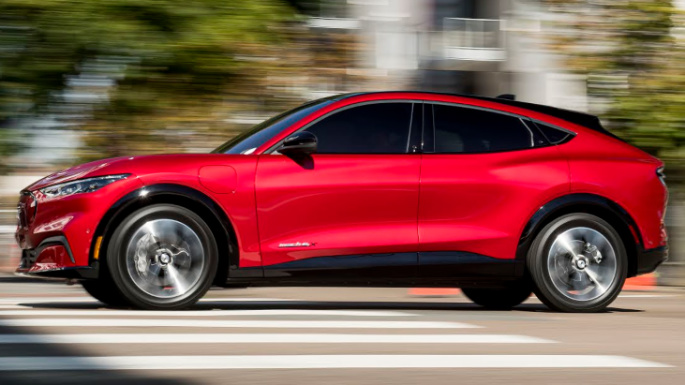 There is a significant difference in maintenance costs and responsibilities between ownership of electric vehicles and combustion engine cars. A gas car requires oil changes as well as transmission work. There are also more mechanical issues to maintain on gas vehicles.

All of this can cost a lot of money, and the price can vary depending on location and mechanic. Costs for a luxury vehicle, such as a BMW or Mercedes-Benz, will cost even more to maintain or replace parts.

Also, you can save time and effort on maintenance responsibilities when you have an electric car. Manufacturers typically set longer service intervals for them because there are fewer moving parts to lubricate — merely door hinges and washer fluids that need checking.

Although the savings are significant, there are still maintenance items no electric vehicle can avoid. You still have to regularly rotate your tires, service brakes, check some fluids, check lights and other electrical devices.

While there are some concerns about battery life, most automakers have an 8-year/100,000-mile warranty on battery packs (in California, it's 10 years or 120,000 miles).

Replacement battery packs vary widely and continuously change as battery prices fluctuate, so it's likely only a significant factor when buying an older used EV.

Most modern lithium-ion EV batteries last between 8 and 15 years, depending on the climate and how they're treated in driving and charging.

When considering a used EV, however, consider that battery technology evolves very quickly and can change year to year. Do some research on the specific year of the vehicle you're considering.

Like fueling a gasoline-powered car, there are various costs associated with fueling — or rather, charging — an electric vehicle. Many cities offer chargers around the city, but you do have to pay for them. A typical rate to charge at a Level 2 public station in California, for example, is $1.50 per hour, or 8 cents per mile with a 40 kWh battery.

Some university campuses offer EV charging stations that are free. It is also possible to purchase an in-home charging station which will require an initial investment and raise your electricity bill each month. However, without the cost of gas or regular maintenance fees, you will save money over time using an electric vehicle.

It can also be a lot more convenient to charge at home than stopping at the gas station to fill up the tank. Fuel costs can also vary widely, so it can be comforting to know you do not have to worry about a surge in prices or a shortage. 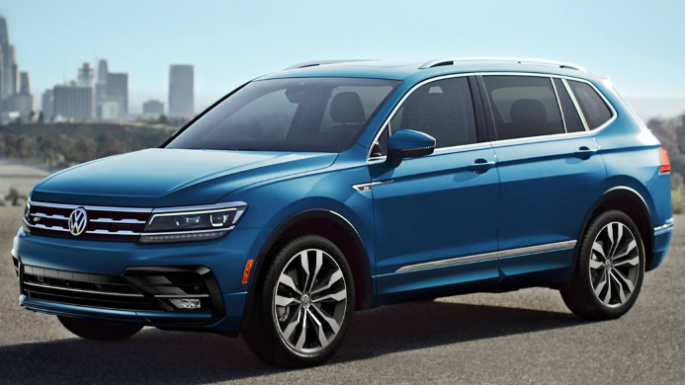 Maintenance costs are not the only way to save money with an electric vehicle. Many states offer rebates or incentives for choosing an EV over gasoline vehicles. Some states also provide tax credits instead of rebates that would otherwise come in the mail or be applied directly to a down payment.

The federal government currently provides a one-time tax credit of $7,500 upon purchasing or leasing most new electric vehicles, depending on income. As of March 2021, if an automaker sold more than 250,000 vehicles under the program, its vehicles no longer apply for any portion of the credit. That currently applies to General Motors and Tesla.

Some cities and power providers also offer electric vehicle incentives, mainly for paying for home wall chargers that can replenish the battery on the car much more quickly than a simple 120-volt household outlet. 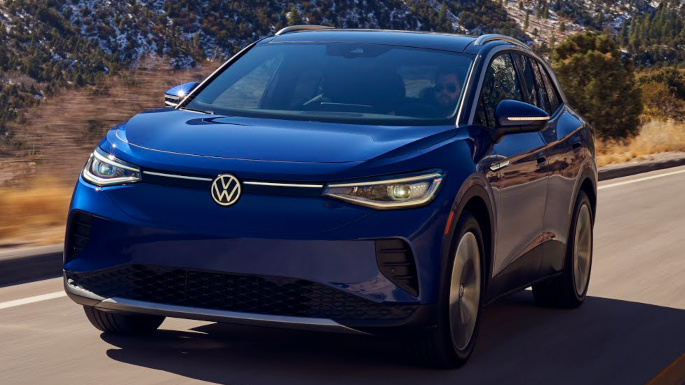 The infamous "range anxiety" is perhaps the most significant drawback to EV ownership. Unlike a gas-powered car, electric cars usually can go significantly fewer miles before they need to stop and "fuel."

While most gasoline-powered cars have a range of comfortably more than 300 miles on a tank of fuel based on current fuel economy standards, electric vehicles vary widely based on price and performance.

A Mini Cooper SE, for example, is EPA-rated at 110 miles on a charge, which is why its small size makes it more of a city EV. A Nissan Leaf is between 151 and 226 miles, depending on battery size (which affects the price).

However, a Chevrolet Bolt EV gets up to 259 on a charge and is comparable in price to the Leaf.

Moving up the price and size scale, cars like the Tesla Model 3 are rated at as much as 353 miles on a full charge — on par with most conventional vehicles. And most people still commute about 60 miles a day, which an EV will do comfortably. Better still, they're most efficient at city or dense traffic speeds where gasoline-powered cars are at their lowest efficiency.

But there's a big catch.

Refueling a gasoline-powered car takes between 5 and 10 minutes once at the pump. Charging up an electric car varies widely between the vehicle and what type of outlet the power is coming from. Household-style 120-volt outlets can take more than a day to charge up something with a big battery like one of the long-range vehicles above.

Still, a DC Fast Charger (only found in public areas) can take as little as 30 minutes. That's still a huge difference, though.

Things can be even worse if, like many Americans, you lack a way to charge your car at home. Many EV drivers plug in their vehicles to charge overnight so that they're ready in the morning. That method is less successful if you have to use a public charging station.

Charging at work or having a second car is one way around this problem, but that doesn't address the ease of finding a gas station to fill up a traditional vehicle.

Weather also plays a significant factor in the performance of all cars. But battery electric vehicles can be more adversely affected by cold weather and even more affected if drivers use accessories such as air conditioning or the heater.

A gas engine, however, will eventually warm and deliver heat to its occupants, and many new cars are optimized to run with air conditioning all the time.

Climate, access to charging, and commute styles all factor into this equation. 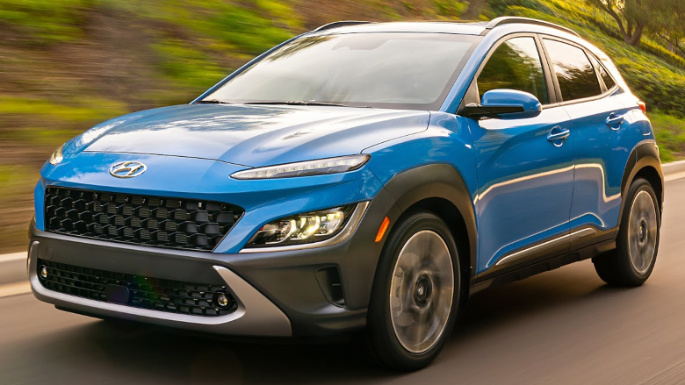 One significant benefit electric cars have over most gasoline-powered equivalents is performance. They offer instant power from the point of acceleration.

In the case of some Porsche Taycan and Tesla Model S versions, acceleration is startlingly quick. However, that comes at the expense of maximum range. Still, even the little Mini electric can dart through city traffic just as well as its gas-powered equivalent.

EVs and gasoline-powered vehicles are subject to the same crash protection standards required for all new vehicles. Every Tesla model has earned top marks from the National Highway Traffic Safety Administration (NHTSA), while the Tesla Model 3 is one of the highest-rated cars tested by the Insurance Institute for Highway Safety (IIHS).

Volvo, for example, has taken strides to compensate for its XC40 Recharge not having an engine to absorb some of the forces of a front-end crash.

And because there is no highly combustible gasoline in a tank, analysts say certain crashes slightly favor EVs. However, battery fires do happen at roughly the same rate as gas tank fires on new cars.

There are new electric car models revealed rapidly, and the list of choices in the EV market is growing. Those interested in minimizing greenhouse emissions, cutting fossil fuel usage, and concerned about global warming on their drives continue to have several new vehicles to choose from and at various price and performance points.

However, there are still serious drawbacks to ownership. Tax credits and rebates are constantly changing and vary between markets, but they help offset an electric car's added initial costs and maximize the average cost of ownership. And new charging stations are coming on line.

But there is still a lot of life in the conventional gas-powered vehicle. There are numerous fuel-efficient hybrid vehicles like the Toyota Prius to choose from that don't need charging stations and provide the efficiency thought to be reserved for much smaller vehicles.

Consider what works best for your situation now and be open to many changes coming in the years ahead.