There are 30 states plus Washington D.C. that require a front license plate.

The states are as follows: 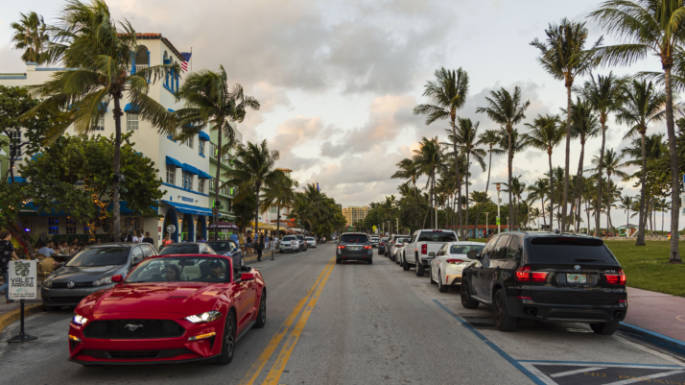 States Without A Front Plate Law 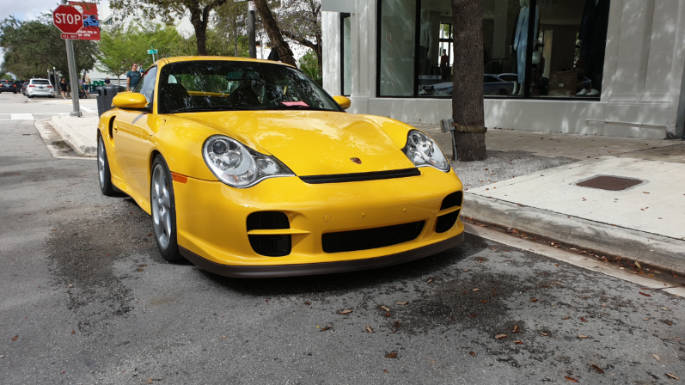 There's no doubt that plenty of drivers in front plate states don't even think about their cars having front plates. However, drivers who own sports cars, classic cars, and high-end luxury vehicles often object to the front plate law because of how it detracts from the appearance of their vehicle. One of the reasons for this is that some vehicles were never designed to allow for a front license plate. Classic cars are a great example of this, but there are exotic foreign cars that fall under this category too. Car manufacturers have designers who mold cars into reality. Some car enthusiasts see cars as works of art and find front plates to be defacing this art form.

In some sports cars, front license plates can hinder performance. Some turbocharged vehicles have an intercooler that is placed at the front of the vehicle allowing for optimal collection of cool air to flow directly into the turbo system. A front license plate on the front bumper detracts from the cool air flowing into the turbo of these types of vehicles hindering performance.

Technology in vehicles has advanced greatly over the years and is mainly targeted at keeping both the driver and passengers safe. Some luxury cars have 360 camera views that link with satellites to provide you a real-time picture of your vehicle and what surrounds it. Outside of luxury vehicles, newer vehicles are receiving standard safety features that can be interrupted by a front license plate.

Features such as adaptive cruise control, lane-keep assist, and automatic braking are among the features disrupted by front plates. The sensors used in these features rely on accurate readings of the road which can be read incorrectly by the vehicle's technology due to a front license plate; rendering the advanced safety features useless.

Ways Drivers Get Around the Front Plate Law

Some drivers attempt to circumvent the plate law by placing their plate in the window or by keeping it somewhere else inside the car. Popular locations for license plates to be stored are the glove box or on the floor. The law in most states that have a two-plate law, is that the plate must be in a fully visible location on the car not inside the car. Some states have various exceptions in place, such as Washington state, which allows for exceptions in the case of vehicles that do not have front locations specifically built for a front plate. To qualify for such an exemption, you have to write the Washington State Patrol and ask for a waiver.

Another variation of license plate brackets that are gaining popularity are brackets that allow for the front plate to hide under the vehicle when you desire and pop out when you want them to be visible. This style of the bracket could land you in trouble with law enforcement, however, if you live in a two-plate state and ever forget to pop your front plate out before driving.

Police will often pull over drivers who do not carry a front plate if the state requires it. The penalties vary by state. Sometimes a ticket is issued immediately and other times the driver may receive a verbal warning. Fines for this violation are usually between $100 and $200.

Another method law enforcement uses is the fix-it ticket. This means that you initially get a ticket, but if you add the plate and then verify it with your local police department, the ticket will be canceled. If you're determined to drive without a front plate, the good news is that equipment tickets such as a fix-it-ticket rarely affect car insurance rates.

In some states, vehicles parked on the street with no visible license plate can get a parking ticket from the local parking authority. These fines often vary and can be as little as $25.

It's not just drivers who object to required front plates on cars, but also lawmakers in some states. They argue that manufacturing and distributing front plates cost more than it's worth. However, due to the fines levied on violations of the law, other lawmakers argue that the plates pay for themselves. For example, in Denver, a particular toll road generates up to a third of its revenue by scanning front license plates. States not requiring front plates often see a large number of toll violators due to unreadable rear plates.

The Phoenix Sky Harbor Airport in Arizona calculates parking fees with Automated License Plate Recognition. But due to glare on the rear license plates, it is forced to determine fees on up to 15 percent of vehicles by hand rather than automatically. Naturally, this requires more manpower and paying workers to go out and record license plate numbers.

With technology advancing quickly, an argument could be made that these toll roads can use more advanced camera technology to capture rear license plates more accurately instead of the state enforcing a two-plate law. At the same time, however, each state has to decide for themselves if two plates are better due to their ability to assist law enforcement with toll road accuracy being a bonus. 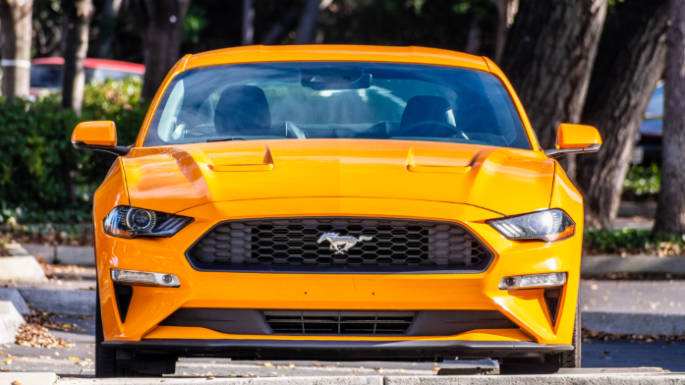 Proponents of front plates argue that they make the public safer. Two plates generally make it easier to find stolen cars, according to the police. License Plate Recognition (LPR) systems are used by the police to identify stolen cars and cars whose owners have outstanding violations or arrest warrants. The police use this technology by taking pictures of passing vehicles with a high-speed camera.

The LPR identifies the plate numbers and checks them against a hotlist. LPR systems can read 10,000 plates in about eight hours. If the LPR is only able to work with a rear plate, that number falls by half. A second area where front license plate importance applies is when victims of a crime or bystanders need to read the plate numbers of a vehicle.

If the vehicle is fleeing a crime or accident scene it could become difficult to read the plates to relay the important information to law enforcement. When only one plate is required, it makes it more difficult for the authorities and witnesses to correctly identify the plate of the vehicle involved especially in a traumatic situation.

Vanity plates are issued in every state, including the District of Columbia. Vanity plates are customized plates that allow vehicle owners to express their individuality through their license plates. The DMV has regulations on what can be on a customized plate, disallowing anything offensive, vulgar, or misleading. Vanity plates have an additional charge for customization, and actually, improve law enforcement's ability to read your plate.

Vanity plates can be dangerous to an extent, with some drivers choosing to boast about their level of income through their vanity plate; leaving them more susceptible to thieves. The DMV does its best to limit what is presented on driver's license plates, but some drivers find ways to trick the system.

Most states have a license plate database that allows you to see if your vanity plate idea has already been taken by someone else in your state. When individuals have the same idea for a custom plate, variations of the plate surface. Vermont recently proposed legislation that would allow drivers to choose from one of six emojis to add to their vanity plates in addition to the normal numbers and letters. Similar to the front license plate debate, lawmakers and drivers alike are split on their approval of adding emojis to license plates.

License plate laws regarding both plates are generally straightforward. Plates need to be valid and fully visible. They need to be properly mounted on the car in the designated space without obstruction. All numbers, letters, stickers, and other identification on the plate should be fully visible. Plates should not be muddy or marred with debris, and some states even ban plastic covers due to the glare they cause. Drivers are not allowed to customize their plates by cutting them or filing down the edges, they have to remain stock as sent to them by the department of motor vehicles (DMV). Car manufacturers and dealers are not allowed to distribute passenger vehicles with only one plate in states that require two plates.

Occasionally license plate laws come up for debate in state governments. In 2017, several states attempted to introduce bills to amend license plate requirements in the two-plate states. The laws were largely aimed at historic vehicles that lacked space for a front plate. In 2020, Ohio dropped their front license plate law with representatives believing that lack of front license plate-related traffic stops by law enforcement lead to negative confrontations. As it currently stands in 2021, however, the majority of the US has a two-plate law which the majority of states are unwavering from their current stance.