Hybrid vs Electric: What Should I Buy?

There are so many electrified options on the car market; this article explains the available options, and helps decide which is right for you. These days, consumers have a lot of options when it comes to electrified transport. Hybrids, plug-in hybrids, and electric cars are becoming more common, and available from nearly every manufacturer.

You don't need a degree in electrical engineering to understand the differences between these options, but we can help walk you through them. Buyers looking to reduce their carbon footprint with their next new car purchase should consider any of the three. We have put together a simple explanation below that will help you sort through the options and decide which is best for you. 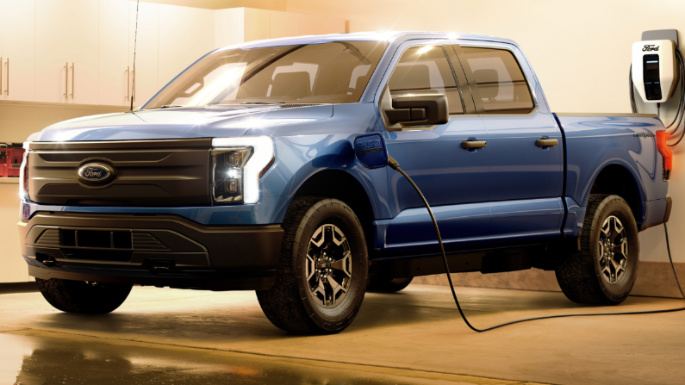 Fully-electric cars eliminate the gasoline engine altogether. Many electric cars on the market now are designed from the ground up as electric cars. This means that battery packs can be placed under the floor, keeping the weight low and centralized. Early electric cars were largely crudely adapted from case-powered cars, with batteries put wherever they fit, on platforms designed to hold gas engines and traditional drivetrains. 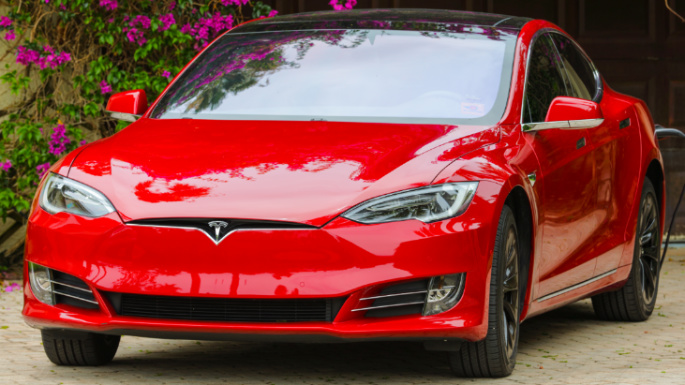 Probably the most famous electric car is the Tesla Model S (seen above), which is a top-tier Plaid configuration that has nearly 400 miles of driving range, and claims over 1,000 horsepower.

Other manufactures are in on the electric game as well, including more affordable offerings like the Nissan Leaf and Chevy Bolt. 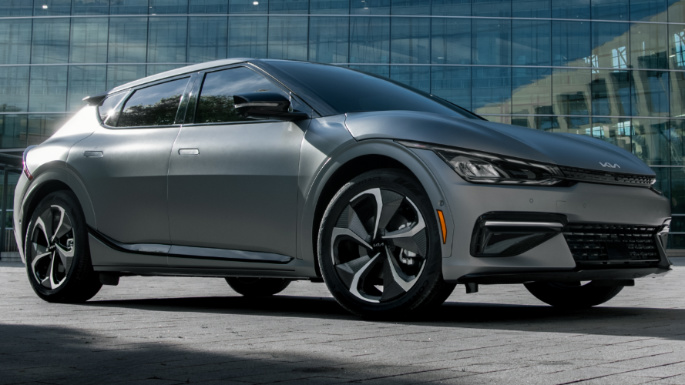 Exciting upcoming new EVs from mainstream automakers include the Hyundai Ioniq 5 and Kia EV6 (seen above), and of course the Ford F-150 Lightning.

There are also a number of startups hoping to be the next Tesla. 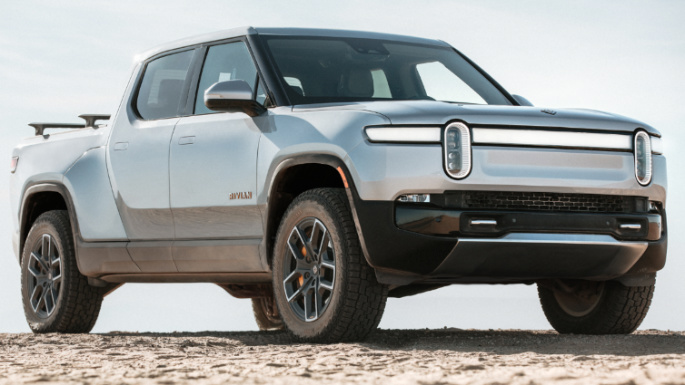 Rivian recently announced they are planning an IPO and looking for a valuation of 80 billion dollars. Rivian designs electric vehicles with adventures in mind. Their R1T truck (seen above) and R1S SUV are heavily marketed toward the outdoor activity crown. Similar to Tesla, the current Rivian lineup is out of reach of the average car buyer.

Electric vehicles have benefits like zero tailpipe emissions, no oil changes, and an even cleaner power source. As power from the grid moves to cleaner sources of generation, like solar, the environmental benefit of automotive electrification increases. Simply put, cleaner electricity means every electric mile is more efficient than the last. Compared to gas and hybrid vehicles are pretty much as efficient on the day they are made, as they will ever be.

Electric vehicles can also be mind-bending fast. With 100 percent of the electric motor's torque available at all times, electric cars can launch from low speeds without hesitation. The previously mentioned Model S Plaid is one of the quickest cars ever made, with a zero to 60 time of about two seconds. 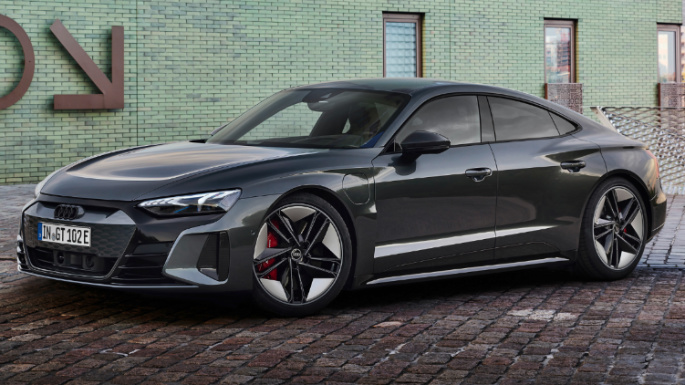 Other manufactures are getting into electric speed as well. The Porsche Taycan and its cousin, the Audi e-tron GT (seen above) get to sixty in around 3 seconds.

The main electric vehicle cons include a shorter range with longer refueling times, limiting the distance you can cover on road trips. As with many new technologies, electric cars are also still working out some bugs. Even the most established manufacturers can have issues with reliability, build quality, and even fires in some cases. 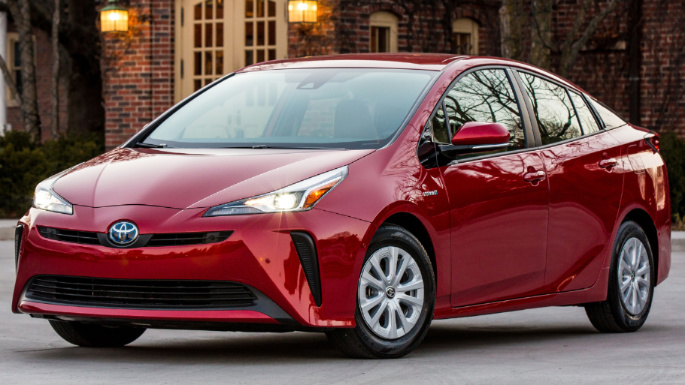 Hybrid cars can be thought of as the stepping stone to electrification. Rather than running on electricity, hybrids try to stretch the fuel efficiency of gasoline engines.

Early hybrids like the Toyota Prius (seen above) and Honda Insight emerged in a time of high fuel costs and delivered real-world fuel mileage of double the average for a passenger car of the time.

There are actually several types of hybrids that fall into the category. Generally, a hybrid vehicle combines both electric motors and an internal combustion engine. They work together to provide more power and/or better fuel mileage. This can be accomplished in three ways. The first is called a parallel hybrid, which means the gas and electric motors can both drive the wheels, either independently or working together. The Toyota Prius operates this way.

Another hybrid architecture is called a series hybrid, which means that only the electric motor directly drives the wheels.

Interestingly, many locomotives operate using a series hybrid system, with the diesel engine generating power for electric motors. The gasoline engine's only job is to create electricity to charge the batteries.

The third hybrid type is called mild hybrid, which combines a small battery and electric motor to boost power only at a specific time, whether to increase power or take a load of the ICE motor to increase fuel economy.

Ram and Jeep use this type of system in their eTorque engines to boost power and help with fuel economy.

The benefits of hybrid cars include increased power, and/or increased fuel economy. Traditional hybrids also can be fueled up at any gas station, and never need to be plugged in to charge.

Traditional hybrids are also less expensive than other electrified options. 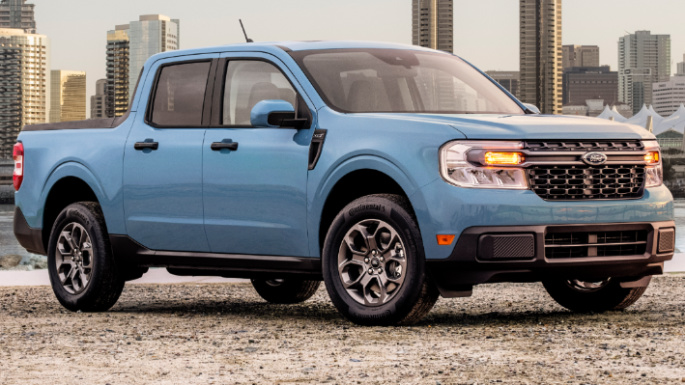 Ford recently announced the new Maverick pickup (seen above) would start at around $20,000 in a hybrid configuration, and get about 40 mpg. The drawbacks to this are that these cars have very limited all-electric driving, and still depend on fossil fuels which emit greenhouse gasses and contribute to global climate change. 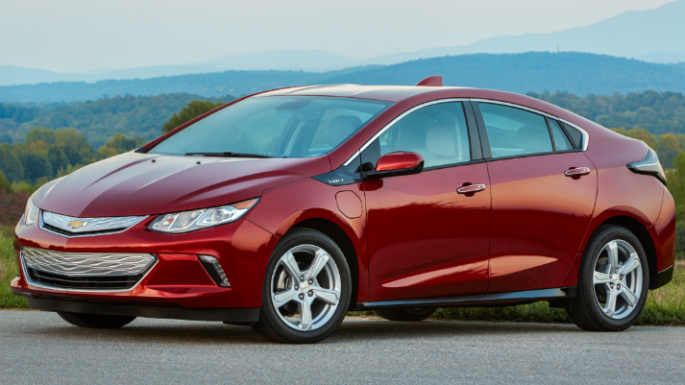 Plug-in Hybrid Electric Vehicles (PHEV) split the difference between electric cars and traditional hybrids. PHEVs still have both electric and gasoline powertrains, but have larger battery packs, and can be charged externally via an outlet or charging station. The increased battery size means PHEVs have longer all-electric ranges than traditional hybrids.

Many brands are offering plug-in hybrids in their fleets. Some standouts are the Prius Prime with 25 miles of all-electric range at speeds as high as 84 miles per hour, and over 50 miles per gallon when the gas engine is running. The Porsche Cayenne E-Hybrid gets only 13 miles of all-electric range, but packs at least 450 horsepower and can rocket to sixty in under five seconds.

The positives of plug-in hybrids include the ability to charge externally, meaning the first several miles of a commute can be all-electric. Some drivers may be able to complete their entire commute on electric power only and plug in at home, rarely using gasoline. Drawbacks include higher initial cost compared to traditional hybrids, short all-electric range compared to fully electric vehicles and long charging times on 110v power. It may be worthwhile to add a high voltage charger to your garage at home if considering a plug-in hybrid. 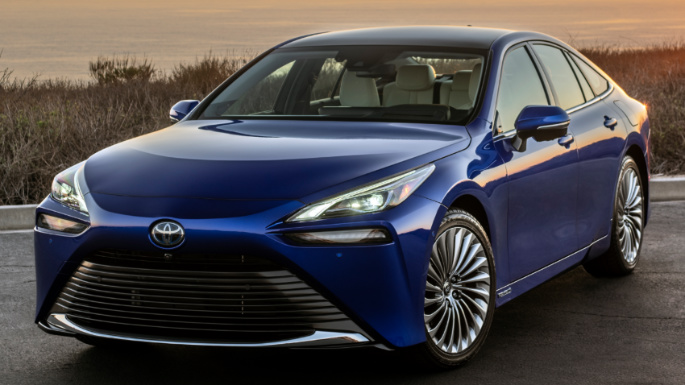 In an attempt to solve the range issues of electric cars and the emissions issues of traditional hybrids, many manufacturers are experimenting with Fuel Cell Electric Vehicles (FCEV). Fuel Cell Hybrids are powered by hydrogen, which can be refilled in minutes for longer trips, like a traditional gas tank. That hydrogen passes through a fuel cell, where a chemical reaction occurs when the hydrogen is combined with oxygen, generating electricity to power the car's electric motor.

Aside from the benefit of quick fuels, FCEVs also do not emit harmful pollutants or greenhouse gasses. The process of combining hydrogen and oxygen to produce electricity creates water vapor. The only emission from an FCEV is H2O. Because FCEVs generate power via an onboard process, they can operate with smaller battery packs, meaning less hazardous waste to deal with in the future, and less mining and other harmful activities to produce batteries in the first place.

FCEVs do have one main drawback; infrastructure. There are very few hydrogen fueling stations in the US, so right now the sale of Fuel cell vehicles is limited to specific markets. The production of hydrogen is also energy-intensive, meaning a large amount of electricity is needed just to make the fuel that eventually ends up in the pressurized tank. 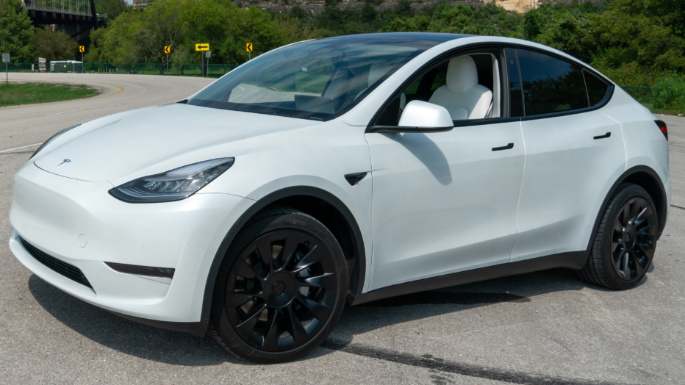 Hybrid and electric vehicles may qualify for state and federal tax credits. The federal tax credit for electric vehicles is a little confusing. To qualify, vehicles must have a battery pack of a certain size, and be able to be recharged by plugging into an external power source. The battery size is the only 4kWh, which means most plug-in hybrids will qualify for some amount of credit.

The second qualifier is a little confusing. Up to $7,500 in credit is available, but that amount diminishes for smaller batteries and is based on the number of qualifying vehicles the manufacturer has sold. Only the first 200,000 electrified vehicles that meet the requirements are eligible for the credit.

Because Tesla and GM have sold so many electric cars, they no longer qualify for a federal credit. Also, the tax credit is not a check you are handed at the time of purchase. Tax credits offset the taxes that you owe. If you don't owe enough in taxes at the end of the year, you may not receive the full amount of the benefit.

Several states have additional tax incentives as well. California has an incentive that is based on the income of the purchaser. Colorado has up to $5,000 for EV buyers, Massachusetts has up to $2,500, and New York has up to $2,000. Even more, states have benefits to help offset the installation of at-home charging hardware. Check out your state to see if any additional tax savings are available.

So, Which Car is Best for You?

It increasingly appears as if electrified vehicles are the wave of the future. What that means for you depends on your budget and your needs. Buyers looking to stretch the mileage of ICE engines should consider a traditional hybrid. Someone with a very short daily commute who occasionally takes long trips might look for a plug-in hybrid.

A city dweller with a short to medium commute, who rarely drives further than 100 miles can probably get away with a used, or less expensive new fully electric vehicle. An eco-conscious buyer with more cash to spend, and longer drives to make, might be happiest with a longer-range electric vehicle.

Using the information in this article, you can weigh the pros and cons of each type of electrified ride, and then you can decide what is best for your lifestyle and specific situation.