What are the Most Reliable Car Brands for 2021?
Share

What are the Most Reliable Car Brands for 2021?

Everyone has their criteria when it comes to new car buying or finding a used car. Some buyers want a safe vehicle, others want performance for a specific purpose, and others want a new car with the latest technology.

However, most people want the best car available that won't have to take to the shop frequently. Some automakers produce more reliable vehicles than others, but picking certain brands based on reputation has become more complex as new technology is integrated into recently introduced models.

Based on the reliability ratings of new vehicles from Consumer Reports and models from three model years ago from J.D. Power Vehicle Dependability study and reader responses, we've compiled a list of top automakers whose vehicles are considered most reliable, plus some brands and models that whose ratings have declined. 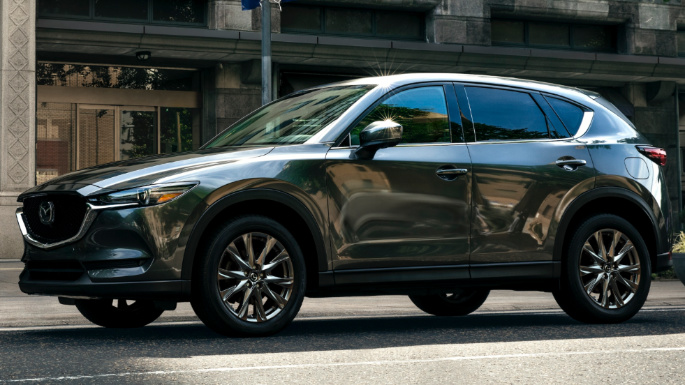 Mazda bested Lexus and Toyota in Consumer Reports' reliability rankings for the second year in a row. While that may speak a little to the slips Toyota made last year, Mazda has been moving up the survey charts for several years. Older models such as the Mazda6 and MX-5 Miata sports car continue to be reliable. 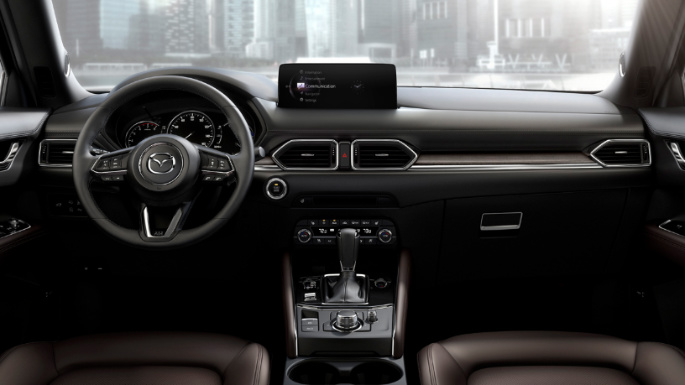 Still, newer cars such as the redesigned Mazda3 and CX-5 also prove more dependable than second-year versions usually do. As a bonus, the entire Mazda lineup gets high praise for style and driving dynamics. Among mainstream reliable car brands, Mazda is now one of the most premium car choices. 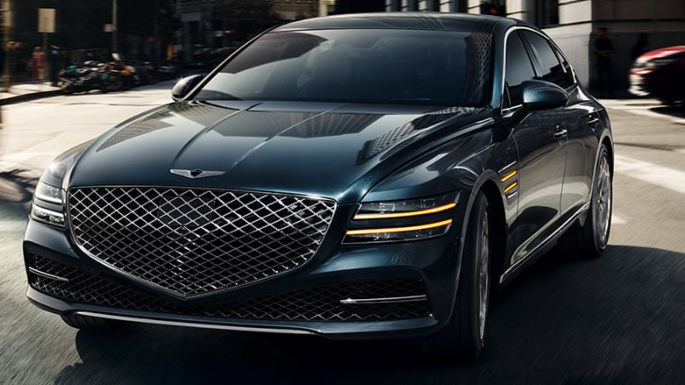 The Hyundai Group's new luxury division is already garnering praise for the way its vehicles drive, but it's also scoring highly in dependability. It topped J.D. Power's dependability study for 2021, besting Lexus by 11 points among three-year-old cars. Some of that has to do with those early Genesis models using older technology, and because of its limited lineup, it did not rate in Consumer Reports' 2020 vehicle study. 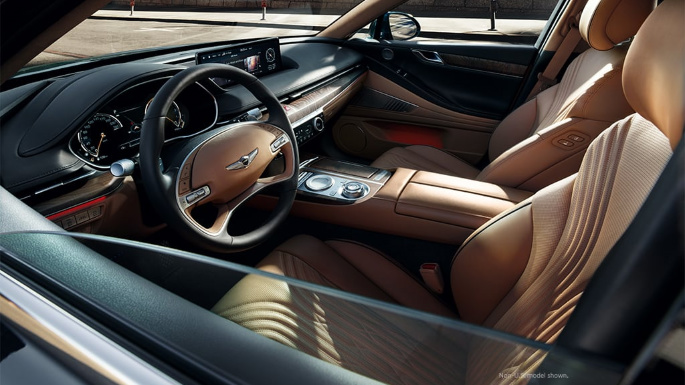 Genesis places 15 in the top 15 most reliable brands in 2021. Both publications have seen more problems with recent models from Hyundai and Kia, which will eventually share Genesis parts. With several new Genesis vehicles on the horizon, it remains to be seen if the brand can keep at the top of the rankings, but these results are promising. 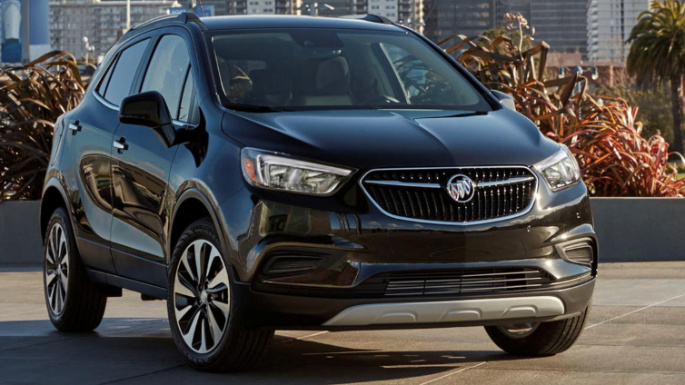 Buick has been an increasingly reliable brand over the years and typically the most reliable American brand, dispelling the notion that only Japanese brands do well in these surveys. Buick has a relatively limited lineup, and its models have had a few years to work out some early problems. The Encore small SUV has been highly reliable among current models, although it's the brand's oldest vehicle. Some early issues from the redesigned Enclave three-row SUV have also been worked out. 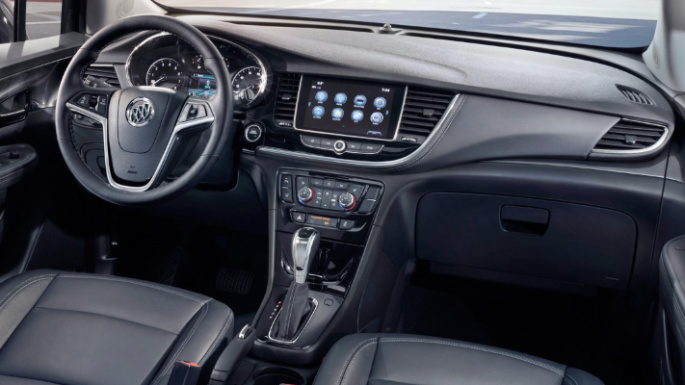 Among discontinued models, the Regal and LaCrosse have generally performed well, as has the Cascada convertible. Buick has also posted fewer problems with infotainment systems and other electronics than fellow General Motors brand Cadillac. 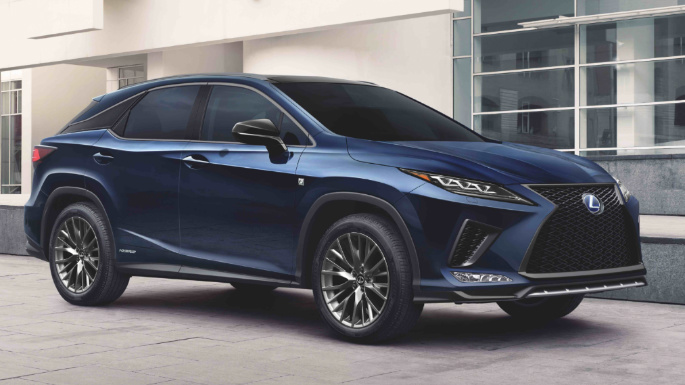 Lexus has slid down the rankings a little as it revamps its lineup with lots of new models and new technology. But even then, it remains a dependable brand across several studies, thanks to the widespread use of proven mechanicals. Both gasoline and hybrid powertrains continue to be fuss-free, so established models such as the ES, RX, and the recently discontinued GS score highly and are among the best picks for new or lightly-used vehicles. 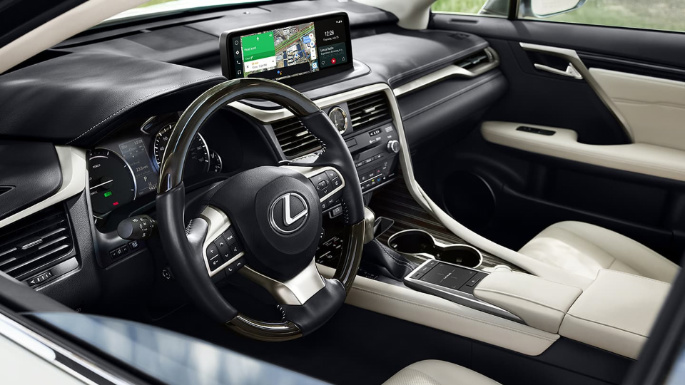 But the company's latest infotainment system has been poorly received, and Lexus is in the process of rolling out updates that should improve the system's reliability. 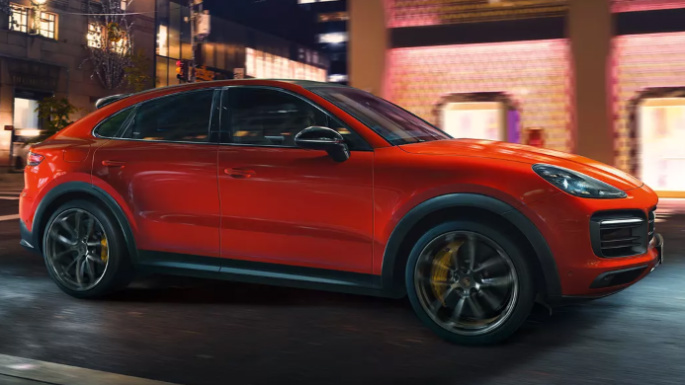 Bucking the norm among European brands, Porsche's new and three-year-old vehicles continue to score highly in reliability surveys. The company's line of sports cars like the 718 and 911 have few reported problems, but so do higher-volume cars like the Panamera and Cayenne. Its six-strong lineup scores are higher than BMW, Lexus, and Mercedes-Benz in 2021 and much higher than Volvo, Jaguar, and Land Rover. 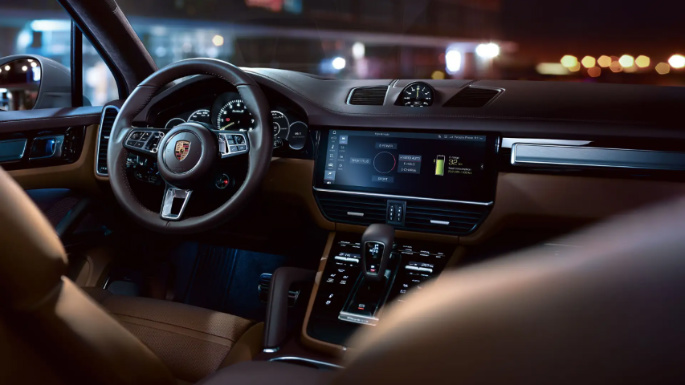 The only sore spot has been the new Taycan electric vehicle, which Consumer Reports recently called out for abysmal first-year reliability. 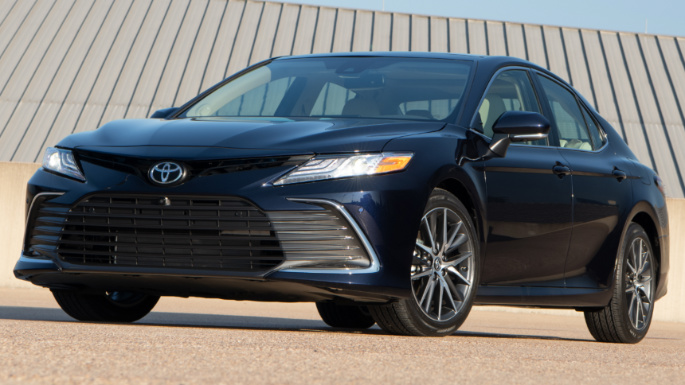 Like Lexus, Toyota has staked a reputation on reliability. And for buyers looking for used vehicles, it still holds up. The brand is a close fifth among three-year-old cars in J.D. Power's rankings, and evergreen vehicles such as the Corolla, Camry, and Prius cars, Sienna minivan, and Highlander SUV continue to be dependable. 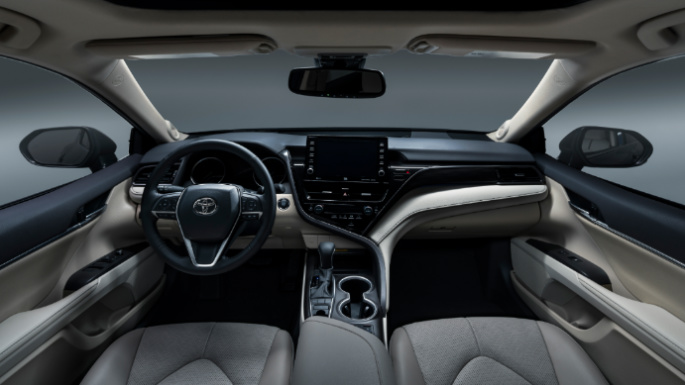 However, according to Consumer Reports, Toyota is also in the middle of introducing new models with hit-or-miss mechanical reliability in their first years. And the company's latest infotainment systems need some updates to satisfy customers. 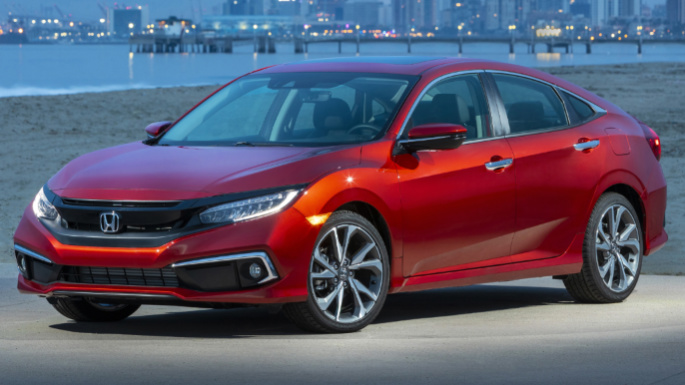 Honda has had a rough few years as problems emerged in its long-standing popular vehicles such as the Civic compact and CR-V crossover. Engine and transmission issues seem to be ironed out for Honda in 2021. While the brand scored below average in the J.D. Power study, Consumer Reports noticed in 2021 significant improvements for these standbys, and most of the company's models are recommended. Some infotainment glitches remain, and the publication still notes low reliability on the Odyssey and recently introduced Passport. 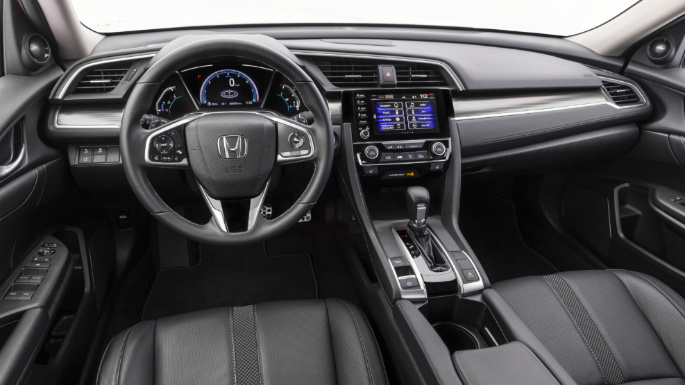 Honda's Acura division also continues to have reliability problems in both surveys, although the company has still produced more dependable vehicles in recent years than Nissan and its Infiniti division. 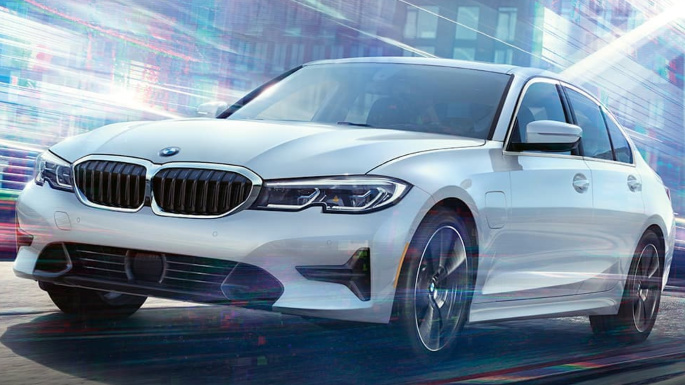 Another brand with significant reliability improvements in recent years, BMW's technology glitches of a decade ago have mostly been ironed out. BMW scores highest in luxury cars for the first time in 2021. It has also consistently refined its mechanicals, placing it in the top 10 in the J.D. Power survey. 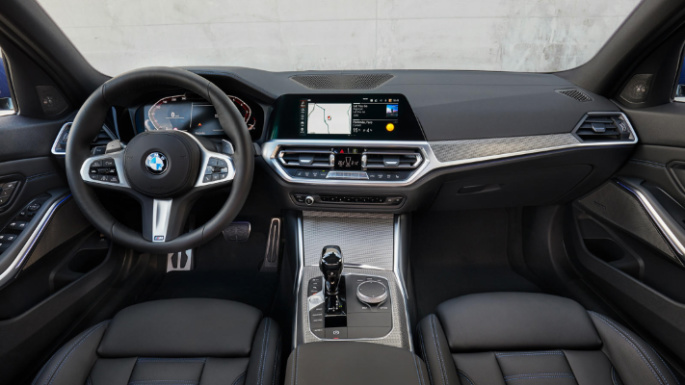 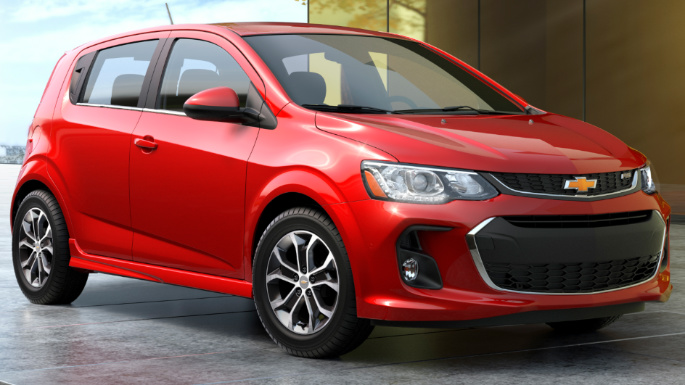 Chevrolet is the only domestic brand other than Buick that scored well for both new and three-year-old vehicles. While that still doesn't speak well for American-branded cars, it gives some guidance for buyers who want to buy from a U.S.-based company. 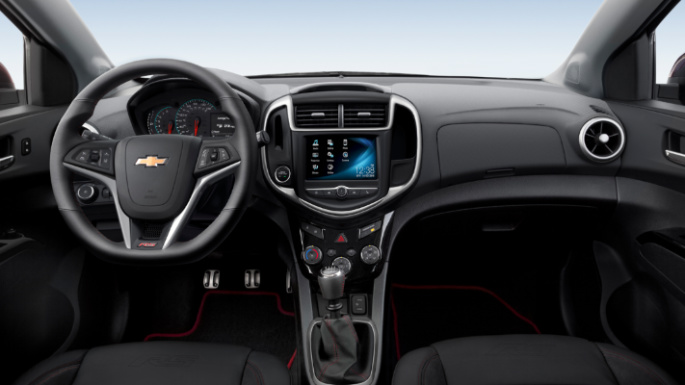 J.D. Power found its three-year-old vehicles scored above the survey average. At the same time, Consumer Reports noted that the reliability of the brand's full-size pickup trucks and the Bolt electric vehicle has recently improved. Several models are also more reliable than mechanically similar trucks from the GMC brand. But GM phased out many of their more reliable models like the compact Sonic and Cruze and the full-size Impala while introducing several new SUVs that have experienced some first-year problems. 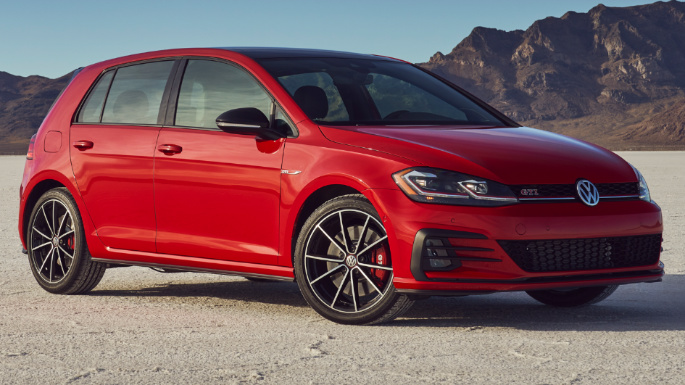 Volkswagen's history for reliability has been checkered, and many consumers likely think of the brand as one of the most problematic and expensive to maintain. Yet it's recently worked out some bugs and has a lineup that's proven reasonably dependable.

Among three-year-old VWs, J.D Power places the brand in sixth place, not far behind Toyota. Consumer Reports also finds that even some of their newer redesigns like the Jetta and Tiguan earn competitive scores. 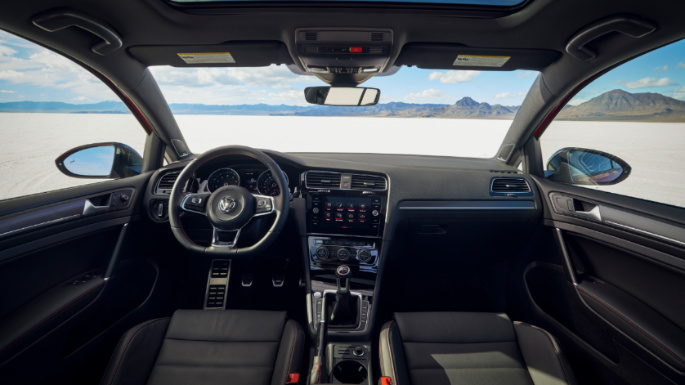 However, there's still some work to be done as the Atlas three-row SUV continues to have faults, and the Golf and Golf GTI hatchbacks also don't produce consistent results. But it appears VW is on the right track.

Among the brands that have consistently posted problems, the entire Fiat Chrysler automobiles like Chrysler, Dodge, Jeep, and Ram have been riddled with faults over the years for both new and three-year-old vehicles. J.D. Power's survey found all four brands hovering near the bottom, with Chrysler second-worst overall. Consumer Reports, however, reports that there have been some improvements as the new Jeep Gladiator had good reliability scores in its first year.

While older Ford and Lincoln models overcame some reliability problems, the brand has been phasing out older vehicles like the Fusion and Continental and replacing them with the Escape and Explorer's problematic redesigns. The new Lincoln Aviator SUV also inherited some of the Ford brand's issues. The problems are not only with the electronics, but also mechanical and bodywork.

Audi was once one of the most reliable European brands, and the company still has some bright spots with popular models like the A4, A5, and A6. But Consumer Reports recently gave the new Q3 compact SUV and e-Tron electric SUV a very low-reliability score. And J.D. Power put the brand just below the survey average.

J.D. Power's study doesn't score Tesla, but Consumer Reports has rated its vehicles for several years, and scores have been inconsistent. The Tesla Model Y has scored low in its first year, while the Model 3 and Model S are sometimes recommended. And the Model X has had a litany of problems since its introduction. Given other brands' issues with new electric cars, though, Consumer Reports rates Tesla's batteries and drive systems highly, but its infotainment and bodywork low.

Consumer Reports Most Reliable Vehicles for 2021: