SUVs With the Best Resale Value

In the automotive world, SUVs have become the family vehicles of choice, overtaking minivans, compact cars, and all other types of vehicles for the family crown. As a result, automakers are building utility vehicles in all shapes and sizes, and have even expanded into the electric vehicle space with the current and upcoming model years.

Since they are so popular, SUVs have to be the do-all vehicles for families, handling sports car duty, pickup truck duty, and everything in between. Their popularity also means that SUVs tend to be expensive well after their original dealership shine has worn off.

Kelley Blue Book's study on depreciation and value retention lists the models predicted to hold onto their resale values best over a five-year period. KBB looks at vehicles from all categories and determines the percentage of their original values that stick around for the long haul. Though we usually see vehicles like the Lexus LS, Toyota Sienna, and even sports cars like the Chevrolet Corvette, this list is for SUVs only.

Here are ten SUVs that the study found will retain their value best: 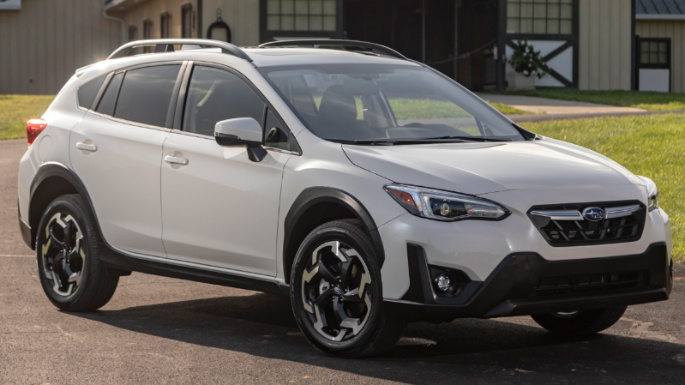 Subaru knows SUVs. While the automaker, like many others before it, has moved much of its lineup to more off-road friendly utility vehicles over new car models, the Crosstrek is a small, approachable vehicle with plenty to offer on the road as well. The Subaru is expected to retain over half its value over a five-year period, making it an excellent buy for the family on the go that doesn't want to purchase a new compact SUV every couple of years. 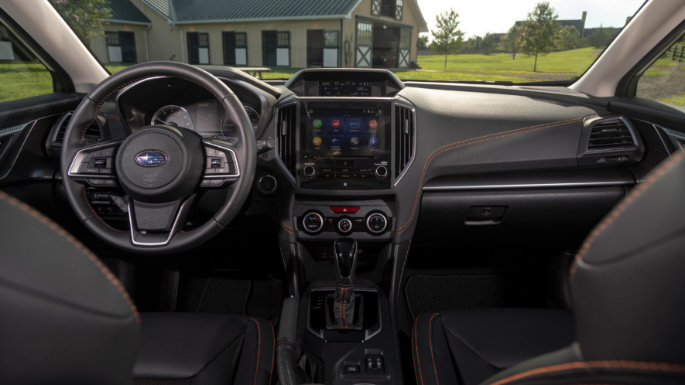 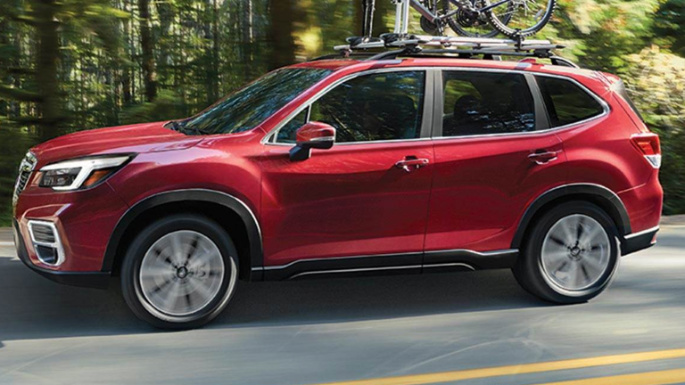 The Subaru Forester has grown in size and stature over the years but retains the value proposition that made it so popular in the first place. It offers one of the best resale values of any Subaru model and should hold almost half of its value over a five-year period. Depreciation aside, the Forester offers much of the capability that a heavy-duty off-roader could, with stout ground clearance, plenty of cargo space, and a tall roof that brings generous headroom. 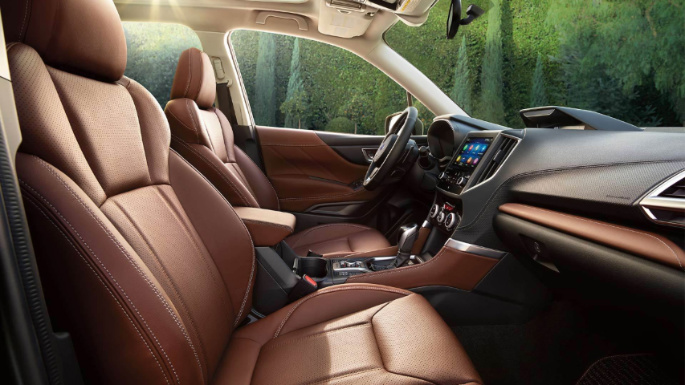 Subaru offers the 2021 Forester with one engine choice. It's a 2.5-liter four-cylinder unit that produces 182 horsepower and 176 pound-feet of torque. Paired with a CVT, the engine sends its power to all four wheels through Subaru's Symmetrical All-Wheel-Drive system. The compact SUV can also tow, with up to 1,500 pounds of capacity on tap. 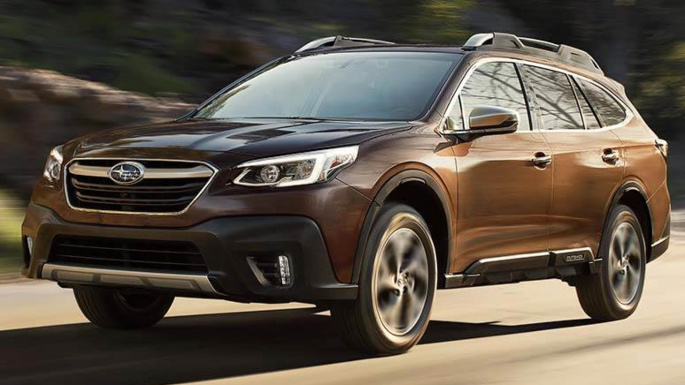 The Subaru Outback, like its corporate cousin the Forester, has grown in size, price, and capability over the years. Even so, the vehicle is still a quirky any-road SUV with plenty of room and comfortable accommodations. It also has an awesome expected resale value, retaining just over 40 percent of its initial MSRP. It's no luxury car, but the Outback has shifted away from being "just a wagon" to much more of an all-around crossover that can handle almost anything its driver throws at it. 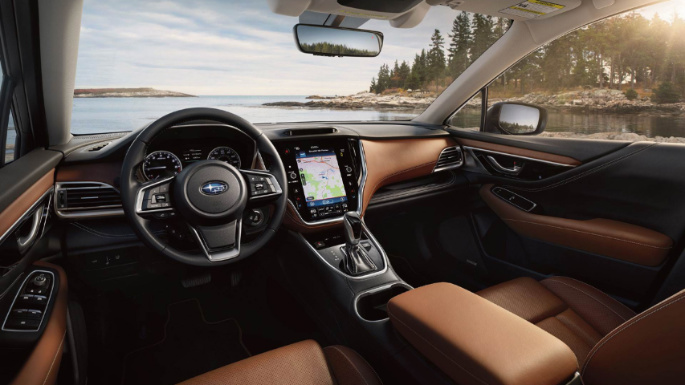 While it's no Subaru Impreza WRX, the Outback offers plenty of off-road fun and capability. It's available with either a 2.5-liter four-cylinder making 182 horsepower or a 2.4-liter turbo-four making 260 horsepower. 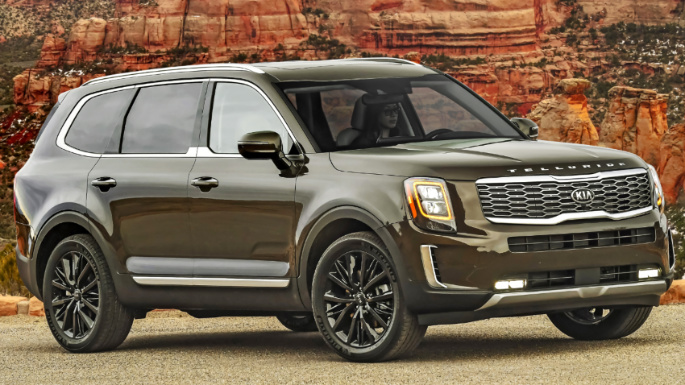 The Kia Telluride is a three-row masterpiece that has remained at the top of sales and rating lists since its release in 2019. The midsize SUV offers three rows of seating, luxury brand levels of interior finishes and quality, and a value-packed price tag that buys an astonishing list of standard features. Telluride's price and configurations make it an excellent alternative to luxury compact SUVs or even full-size SUVs. 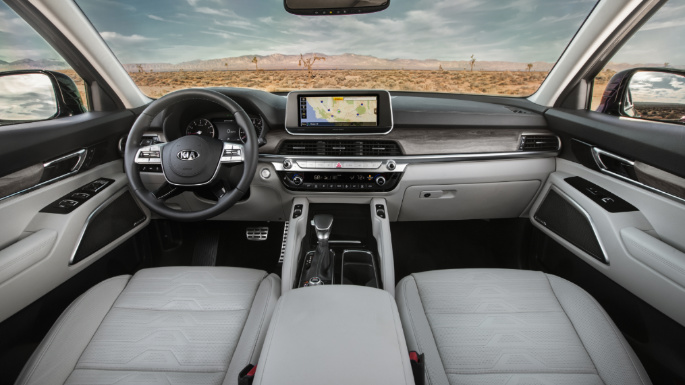 Kia offers the Telluride in several configurations, all of which are powered by the same 3.8-liter V6 engine. It produces 291 horsepower and 262 pound-feet of torque and sends its power to either the front or all four wheels through an eight-speed automatic transmission. 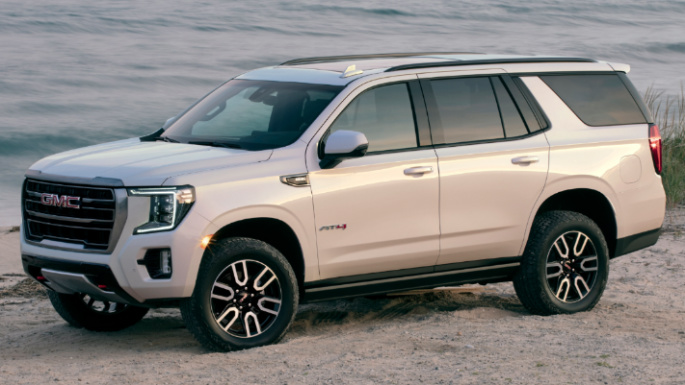 Full-size SUVs are seemingly more popular than anything else today, and the GMC Yukon is a great example. On the road, it's easy to spot nearly as many Yukon models out and about as it is to spot the ultra-popular Toyota Camry. Midsize cars aside, the Yukon's resale value is predicted to be nearly half of its original value after five years. 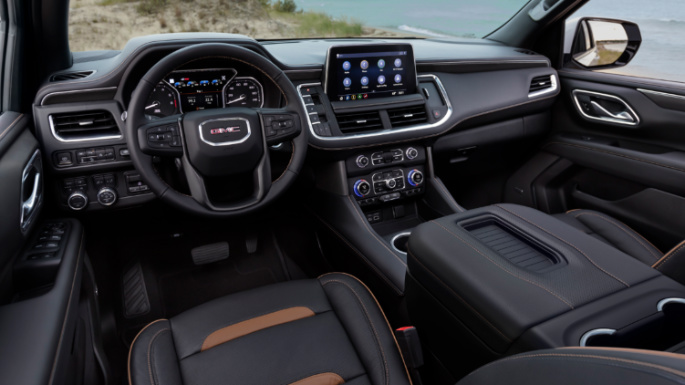 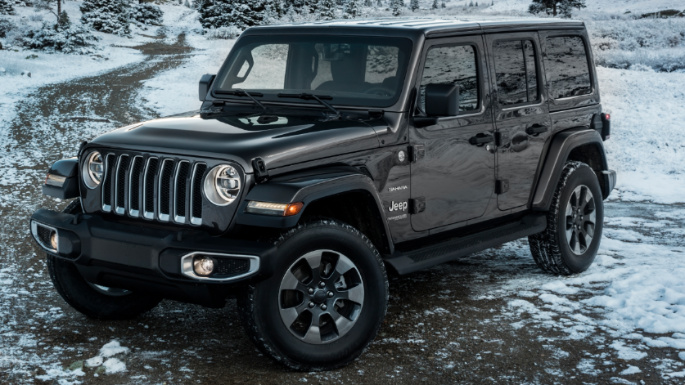 The Jeep Wrangler is the ultimate in off-road SUVs. Everything about its construction is focused on taking its occupants far off the beaten path and returning them safely after a romp in the woods. It's not a pickup truck and it's not a subcompact SUV but is instead its own animal altogether. Only recently has the Wrangler gained a direct competitor in the Ford Bronco, but it's yet to be seen if the Ford can match the Jeep's predicted trade-in value of almost 56 percent of its original price tag after five years. 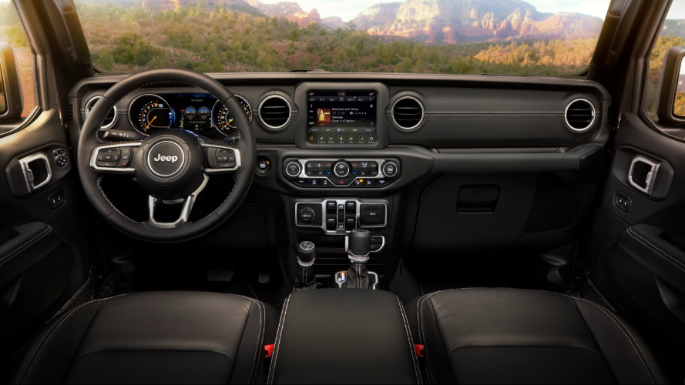 The Wrangler offered several different powertrains for the 2021 model year. The base engine is a 3.6-liter V6 that makes, and the optional engines include the 3.6-liter engine with a mild hybrid system, a 2.0-liter inline-four, a 3.0-liter diesel V6, a plug-in hybrid powertrain, and a rowdy V8. 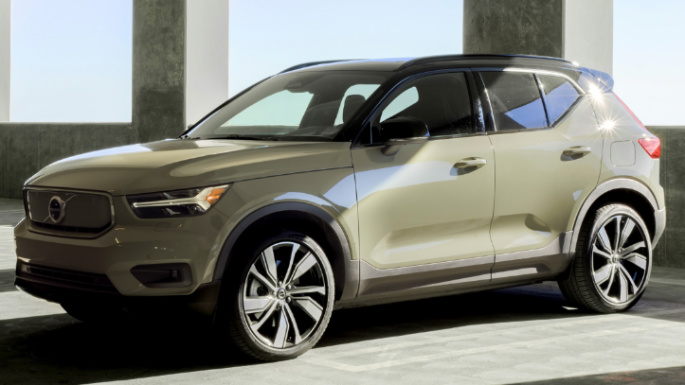 The Volvo XC40 is a quirky but upscale subcompact SUV with personality and style to match. It competes in an ultra-crowded segment with heavy-hitters from Lexus, BMW, Audi, and others, but those "other" new vehicles don't quite match Volvo's predicted resale values. The XC40 is expected to retain a little over 37 percent of its original value after five years. 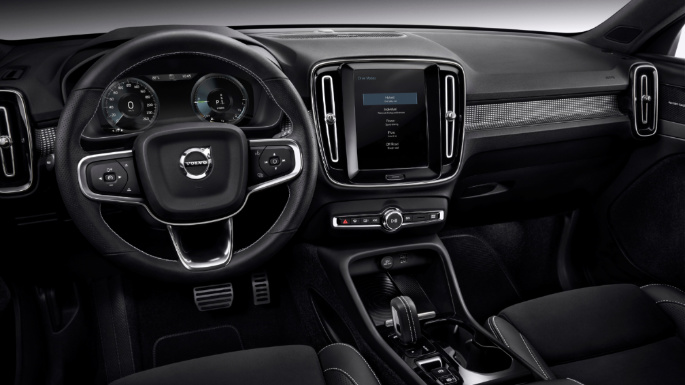 Volvo offers the XC40 with a 2.0-liter four-cylinder engine that produces 187 horsepower and 221 pound-feet of torque. The turbo-four is paired with an eight-speed automatic transmission. The upgraded powertrain is another turbo-four that produces 248 horsepower. While the base engine is paired with either front- or all-wheel-drive, the upgraded powertrain features AWD exclusively. 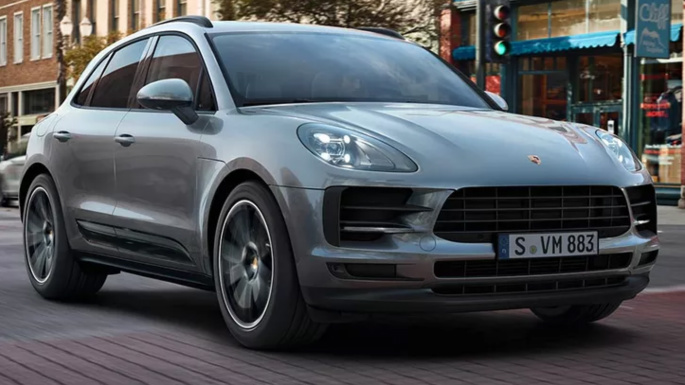 The Porsche Macan is one of the most fun to drive, quickest, and most powerful sporty compact SUVs on the market. It truly feels and drives like a sports sedan and looks the part with racy Porsche style and dimensions. It's also a reasonably good deal, as it's expected to hold onto 42 percent of its original value over a five-year period. 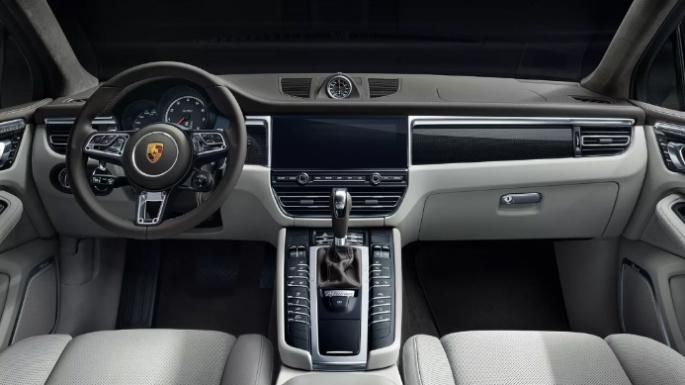 One four-cylinder and two twin-turbo V6 engines are on offer. The entry-level mill makes 248 ponies. while the two V6s make either 348 or 375 horsepower, depending on the trim. The Macan is all-wheel drive across the board and features one of the most comfortable and welcoming interiors to be found anywhere. 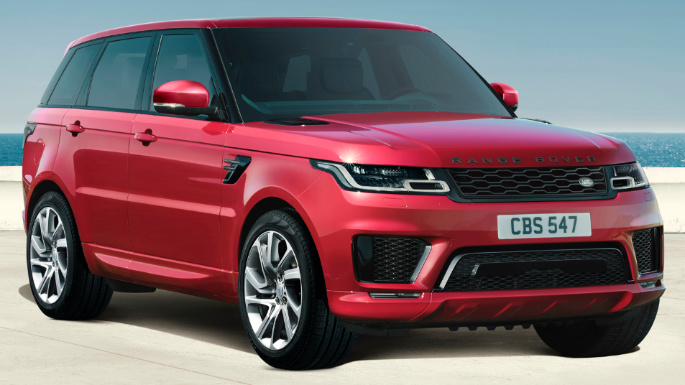 The Land Rover Range Rover Sport effortlessly blends luxury, performance, and off-road capability in a smooth and attractive package. It's also quite economical, at least in terms of value retention, and should keep around 35 percent of its original purchase price after five years. 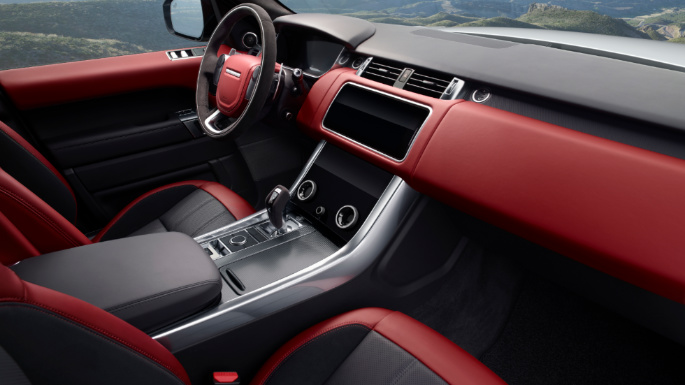 Land Rover offers the Range Rover Sport in a huge variety of trims and configurations that range from nice to over-the-top. Engine choices include a 254-horsepower 3.0-liter diesel, a 398-horsepower 2.0-liter four-cylinder with a plug-in hybrid, a 3.0-liter inline-six that makes 355 horsepower, an upgraded inline-six that produces 395 horsepower, or two different 5.0-liter supercharged V8s that make either 518 or 575 horsepower. 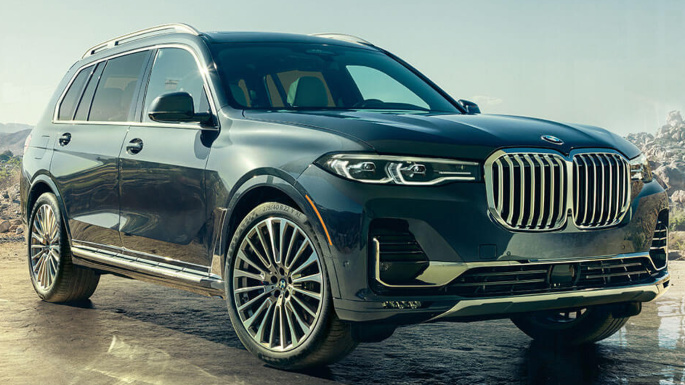 The BMW X7 is large and in charge, and is capable of hauling several people and all their gear. Though it won't tow as much as a full-size pickup truck, the X7's capabilities are a big plus. So is its resale value, which is predicted to reach almost 38 percent of its original price tag after five years. 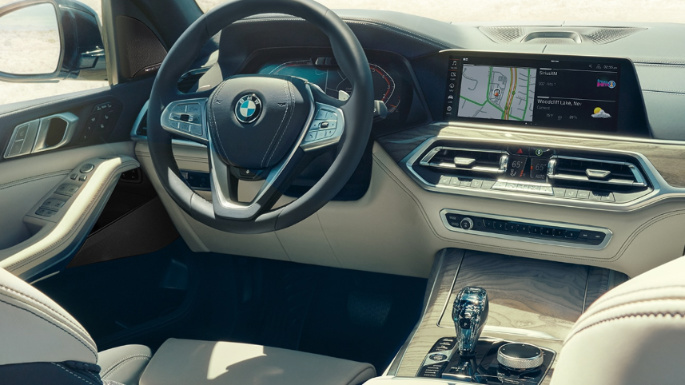 Resale value is important, but it's not everything. An SUV has to meet your needs and be able to handle everything you throw at it, or the best resale value award doesn't mean much. Warranties and dependability are also important. Though they aren't the best-selling vehicles - yet - Hyundai's warranty that extends out to ten years or 100,000 miles can't be ignored. Further, the brand makes entry-level luxury cars and SUVs that are nearly as good as their rivals from Europe.

Vehicles on this list are great at retaining their value, but there are several others that rated well. The Toyota-heavy list includes the Honda CR-V, Toyota 4Runner, Toyota Highlander, Toyota RAV4 Hybrid, Toyota Land Cruiser, Mercedes-Benz G-Class, Tesla Model X, and others. If you're in the market for a pickup truck several models perform well on that side, including the Toyota Tacoma, Toyota Tundra, and GMC Sierra 2500. If it's the value you're seeking over all else, the Nissan Frontier can't be beat.