Many buyers are now considering new electric cars. However, with range anxiety still a concern, plug-in hybrid vehicles offer a practical solution to being caught without a charged-up battery. Plug-in hybrid electric vehicles (PHEV) are also more widely available from large manufacturers and in various sizes and styles of cars.

Many of these cars are also eligible for state and federal tax credits, helping offset the premium cost of adding the PHEV powertrain. Plus, California owners will benefit from the added convenience of carpool lane eligibility, even with just a single person inside. 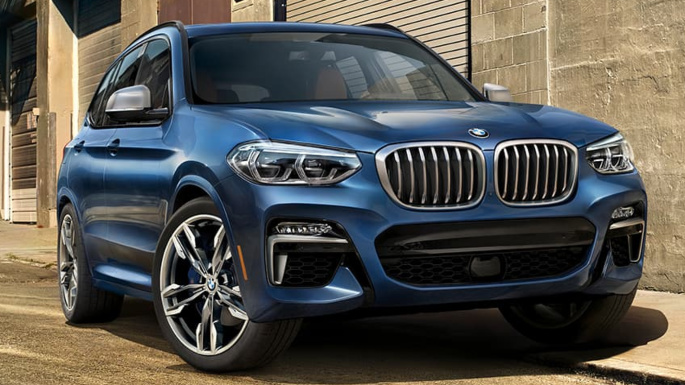 The BMW X3 xDrive30e is a bit of a mouthful, as with many BMW models these days. All those numbers and letters mean this is the version of BMW's most popular SUV equipped with a plug-in hybrid drivetrain. The electrified X3 could be an ideal car for shorter commutes, with an estimated 18 miles of all-electric range. Those with longer average drives may need to do some math before choosing the X3 PHEV because when that electricity runs out, the crossover gets worse MPG than its non-hybrid equivalent due to the additional weight of the battery pack and electric motor. 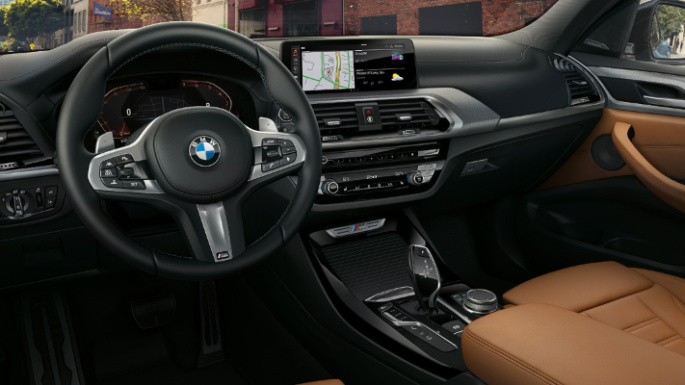 But the BMW X3 xDrive30e retains much of the excellent driving characteristics the brand is famous for, and the gasoline-powered turbocharged, 2.0-liter four-cylinder is energetic. Android Auto compatibility is new for 2021, something BMW has been dragging its feet on for years. With a base price of $49,600, the PHEV costs an additional $4,600 over a similarly equipped all-wheel-drive X3 xDrive30i before any incentives. 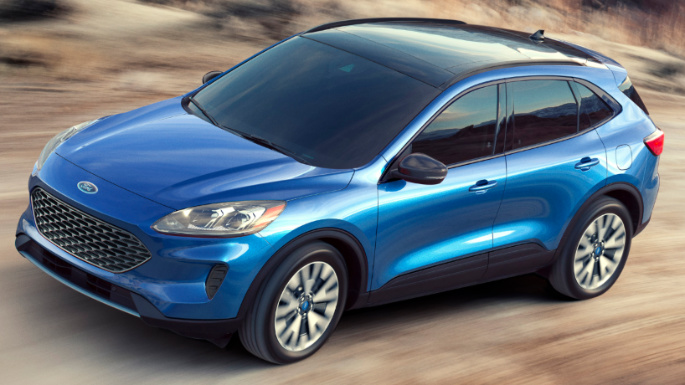 Though it has suffered from delays, the 2021 Ford Escape PHEV is coming later in the year. With an estimated range of 37 miles when running on all-electric power, the Escape PHEV has a healthy range for those who can charge the battery up overnight. A full charge on a standard 120-volt home outlet will take about 10 hours, and with a Level 2 charger, that time is cut to about three-and-a-half hours. 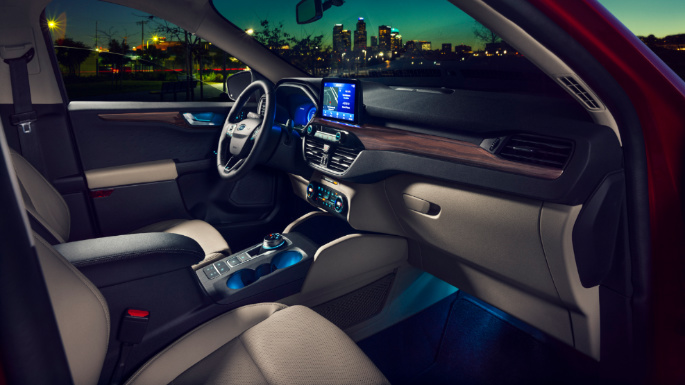 The 221-horsepower Escape gets an estimated 100 MPGe (the EPA's fuel economy estimate when combined with electric-only power) and a respectable 41 mpg when the gasoline engine is used to charge the battery pack. Pricing starts at $34,285 in base SE trim, but the Escape PHEV is only available with front-wheel-drive, which may put off some drivers where snow is a factor for at least part of the year. 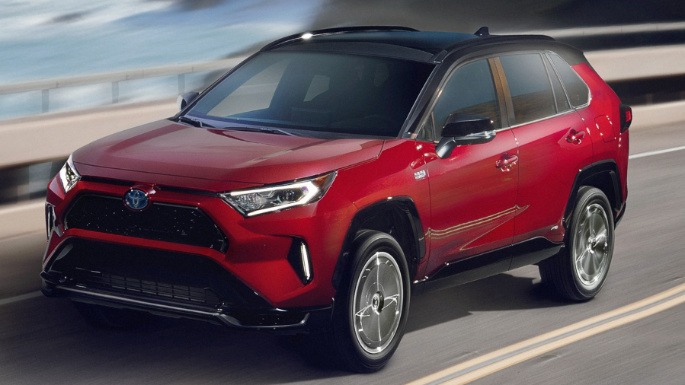 After being a fixture among gas-electric hybrids, the RAV4 Prime is Toyota's entry into the compact PHEV crossover segment. According to Toyota, the first stat to jump off the spec sheet for the RAV4 Prime is 302 total horsepower, which helps to rocket the crossover from a stop to 60 mph in just 5.4 seconds. 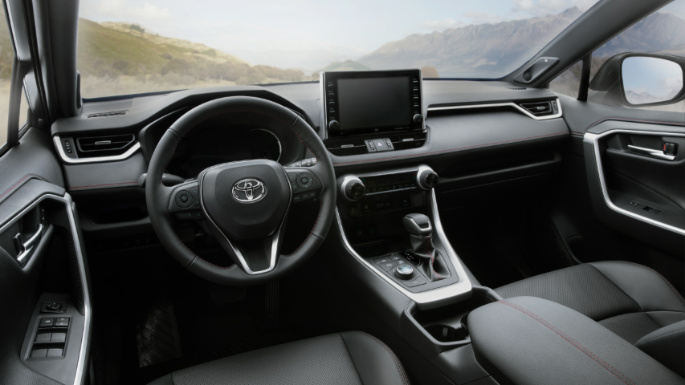 It's the most powerful RAV4 available and includes all-wheel-drive standard to put that power down. With up to 42 miles of electric driving, it can cruise at freeway speeds without firing its engine. With a starting MSRP of $39,220, it's a little on the spendy side, but it might be the most compelling option in the segment. It will take a while to break even in fuel savings, but that premium gets you the most useable RAV4 in the lineup. 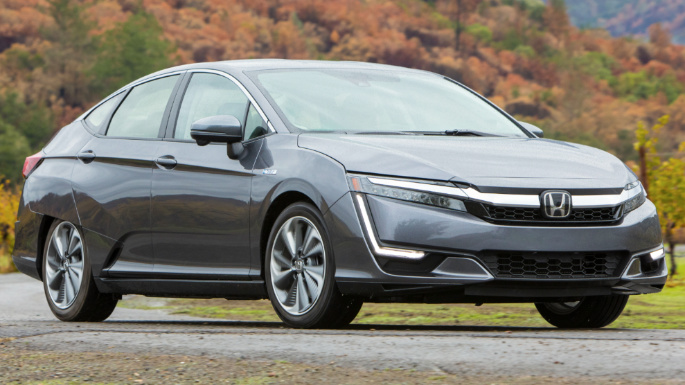 Though they look identical and share a model name, this PHEV is not to be confused with the Honda Clarity Fuel Cell, which has extremely limited availability, exhaust pipe emissions in the form of liquid water, and is available for lease only. 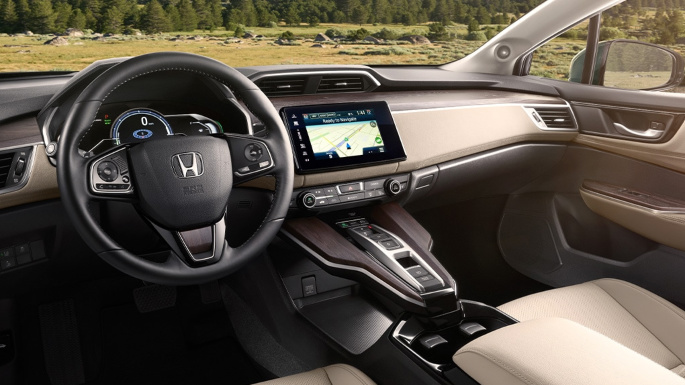 That makes the Clarity PHEV ideal for various commutes, especially because it's a conventional five-seat sedan with few packaging compromises. Charging time is 12 hours on a standard outlet or about 2.5 hours with Level 2 charging. The Clarity PHEV also includes a suite of driver assistance features, with lane-keeping assist, automatic emergency braking, and adaptive cruise control included on all models. 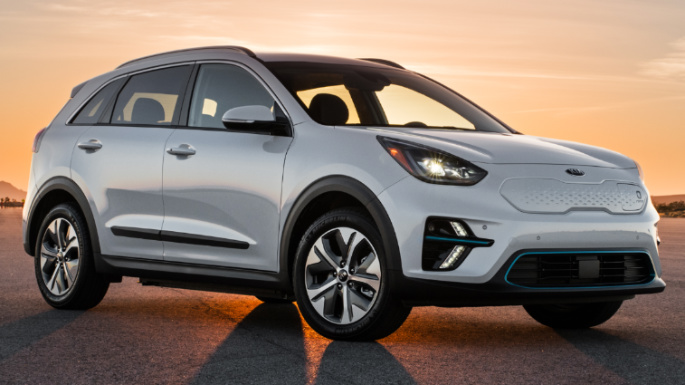 Like the Ford Escape, the Kia Niro PHEV is front-wheel drive only. That doesn't help it in harsh weather but increases efficiency and lowers its asking price. When in electric-only mode, the Niro delivers up to 26 miles of range, gets an EPA-estimated 105 MPGe, and manages a decent 46 mpg in combined gas-electric driving. In base trim, the Niro PHEV starts at just under $30,000, undercutting much of the competition. 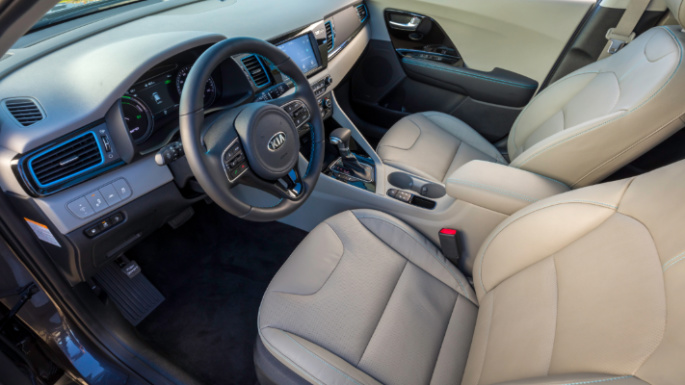 That low price doesn't mean owners will have to go without the most basic comforts. Standard features include Apple CarPlay, Android Auto, and dual-zone climate control. Kia also includes a 10-year/100,000-mile powertrain warranty. 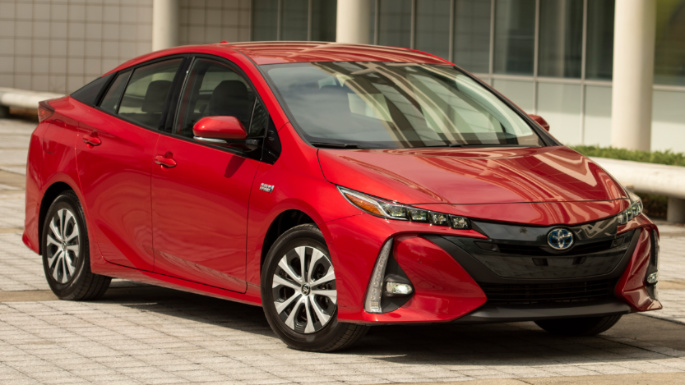 The original hybrid from Toyota gets a plug-in with the Prius Prime. That means an EPA-estimated 25 miles of electric-only driving, 50-plus mpg in hybrid mode, and 640 miles of total range. The aerodynamic styling of the current Prius is polarizing. Still, if you like or can get over the unusual styling, the Prius Prime is a PHEV option worth considering, with a reasonable starting MSRP of $28,200. 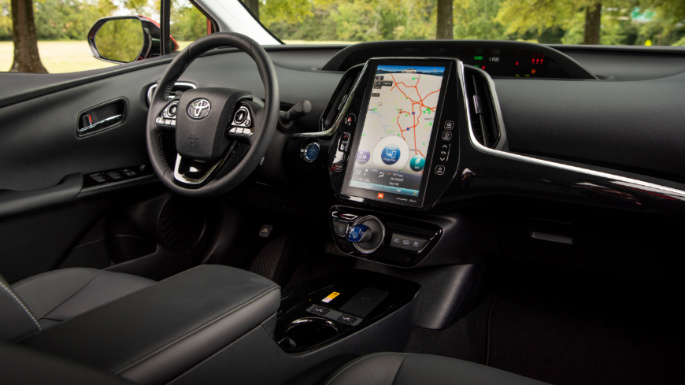 All Prius Prime's include Toyota's Safety Sense driver assistance features like automatic emergency braking and adaptive cruise control, too, which is a welcome addition at this price. Toyota also offers an excellent warranty of 10 years or 150,000 miles on the hybrid powertrain system. 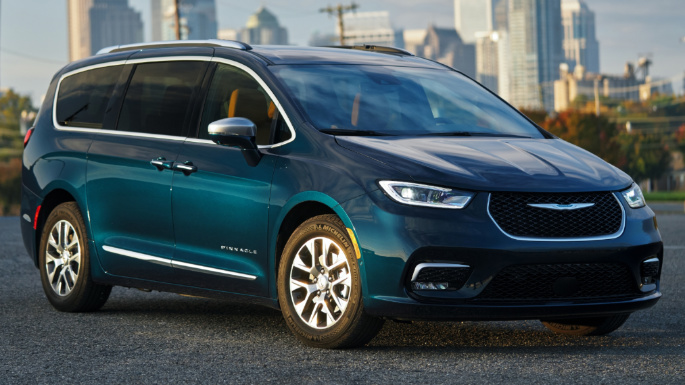 The Chrysler Pacifica Hybrid is an excellent vehicle for families, one of the best minivans available overall, and the only minivan offered as a plug-in hybrid. With a starting price of around $40,000, the Pacifica is more spacious and generously equipped than many seven-seat SUVs. The electric-only range is an estimated 32 miles, and the van can travel an estimated 520 miles as a hybrid with assistance from the 3.0-liter V6 gasoline engine. The battery can also be charged from empty in as little as two hours and give drivers the ability to do most daily commutes gas-free. 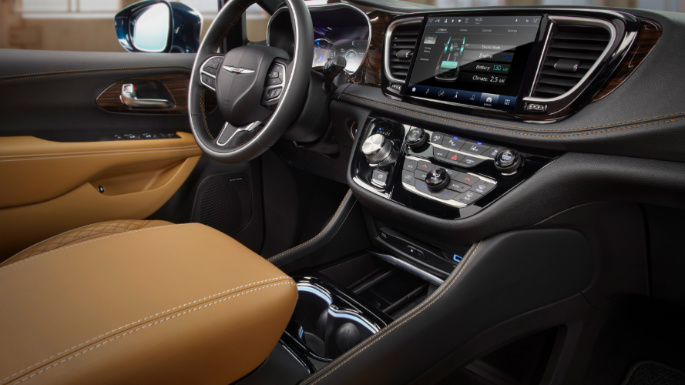 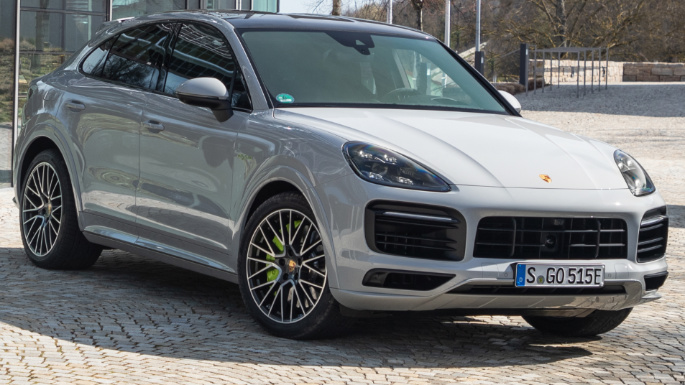 Buyers with a big budget looking for a performance PHEV SUV will undoubtedly find the answer from Porsche. The Porsche Cayenne E-Hybrid starts at $81,800 and has a total output of 455 horsepower. If that's not pricey or powerful enough, the Cayenne Turbo S E-Hybrid starts at $163,200 and combines a twin-turbo V8 and electric motors to create a combined 670 horsepower. 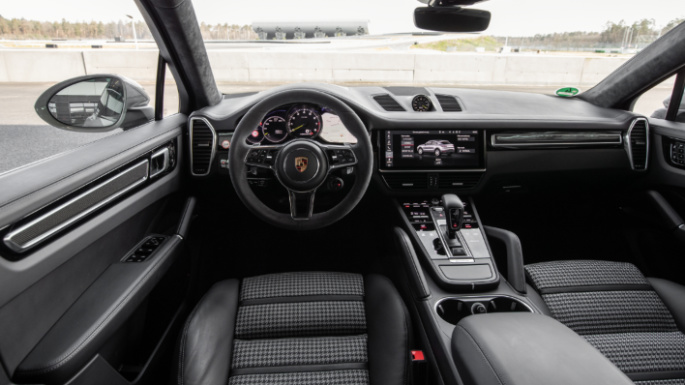 All that moves this 5,600-pound monster up to 60 mph in just 3.6 seconds. A larger battery pack on 2021 models could also boost the electric-only range from 15 miles. Still, the Porsche Cayenne E-Hybrid models are meant to responsibly raise the performance levels while incurring less of a hit to the environment. 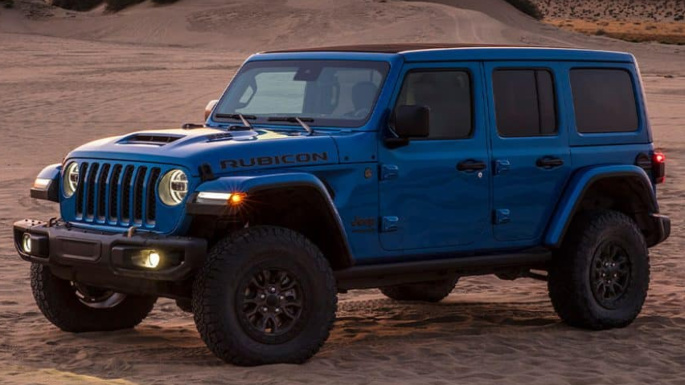 One of the most exciting entries into the PHEV space for 2021 is the brand-new Jeep Wrangler 4xe on four-door Sahara and Rubicon models. That means that while the off-roader will come relatively well optioned, it will also have a hefty price tag starting at just under $50,000 before incentives. The 4xe combines a 2.0-liter turbo four-cylinder with a total of 375 horsepower and 470 lb-ft of torque.

That combination also allows for a respectable electric-only range of up to 25 miles. None of this has softened the Wrangler's off-road abilities, according to Jeep. It still has almost 11 inches of ground clearance, and it's able to ford 30 inches of water. That makes it the best plug-in option on the market for those looking to hit the trails. 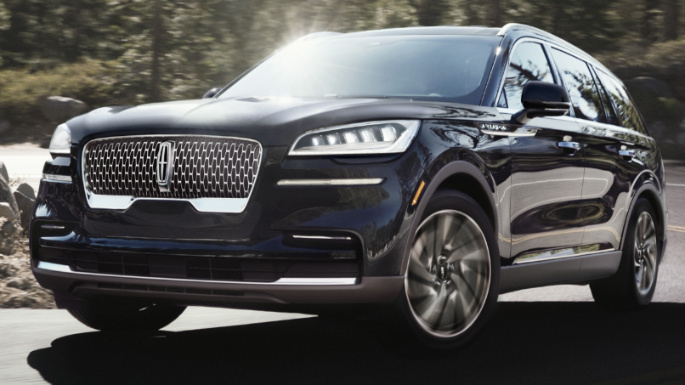 Those looking for expansive passenger and cargo space should check out the Lincoln Aviator Grand Touring. This SUV is handsomely styled, and with standard third-row seating, can comfortably fit up to seven people. With an estimated all-electric range of 15 miles, short commutes are possible in EV mode. Still, when the battery runs out of juice, the extra weight is a fuel efficiency penalty, dropping one MPG versus the traditionally powered Aviator. 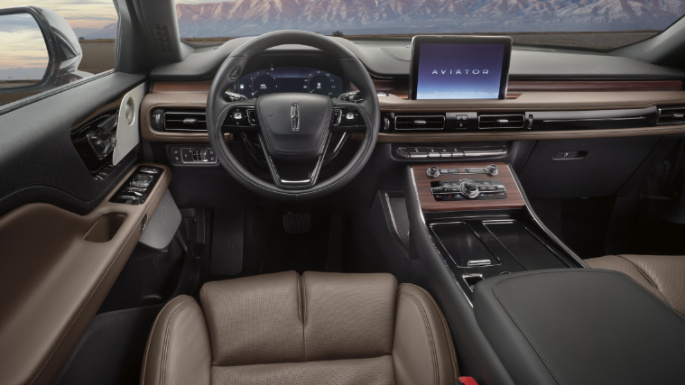 The hybrid powertrain gets 494 horsepower and stunning 630 lb-ft of torque, significantly more than the standard Aviator's 400 horsepower, though, which makes the PHEV Lincoln a viable alternative to a gas-hungry V8 SUV. With a base price of nearly $70,000, though, the Aviator Grand Touring is firmly in the realm of very luxurious SUVs. 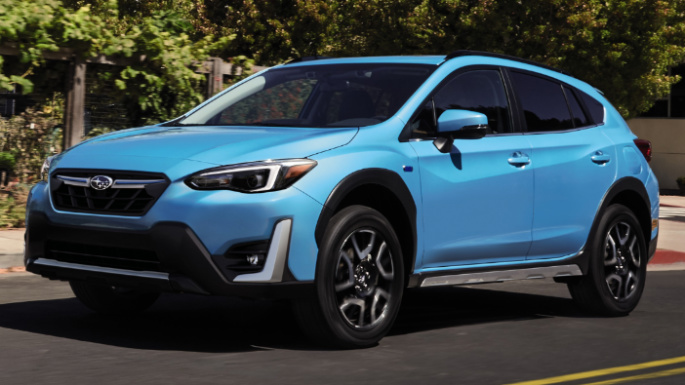 The Subaru Crosstrek Hybrid lines up with the brand's commitment to all-wheel-drive and its environmentalist image with a renewed focus on efficiency. With a $36,395 starting price, it's also one of the least expensive AWD plug-in hybrids. That price also includes standard features like leather upholstery, heated front seats, and an 8.0-inch touchscreen. It's not the most practical PHEV, though, with a battery pack that significantly cuts into cargo space. 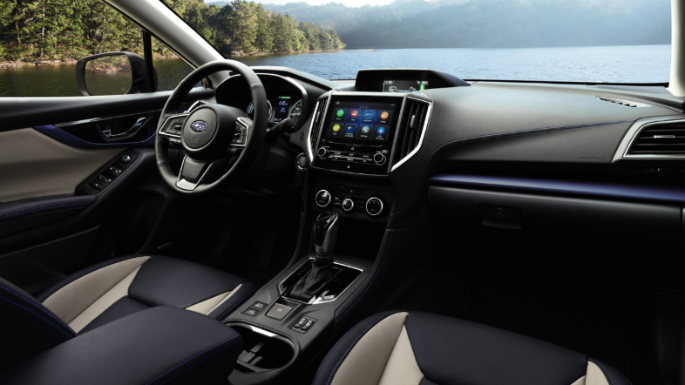 The all-electric range of the Crosstrek Hybrid is a modest 17 miles, though, and 35 mpg in combined gas-electric driving is expected, with a total range of 480 miles. But recharging the battery only takes about five hours from a 110-volt outlet or two hours on a Level 2 charger. But for Subaru loyalists who want to go partially electric, the Crosstrek Hybrid will do. 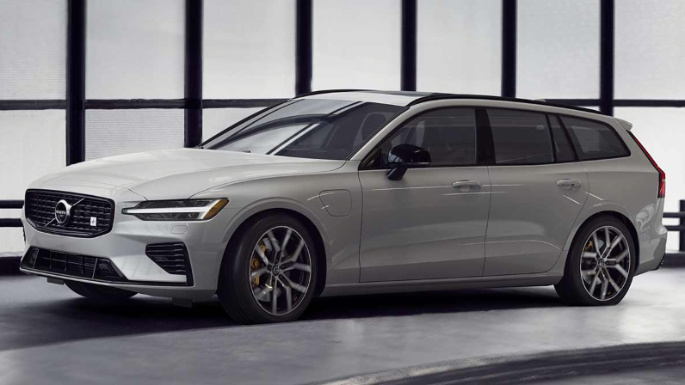 Volvo's lineup consists of numerous PHEV sedans and SUVs. But on the V60 wagon, its sportiest variant is also the only PHEV option. With 415 total output, the V60 T8 Polestar Engineered is estimated to get from 0-60 mph in just 4.4 seconds with the help of two electric motors and a supercharged and turbocharged 2.0-liter four-cylinder engine. 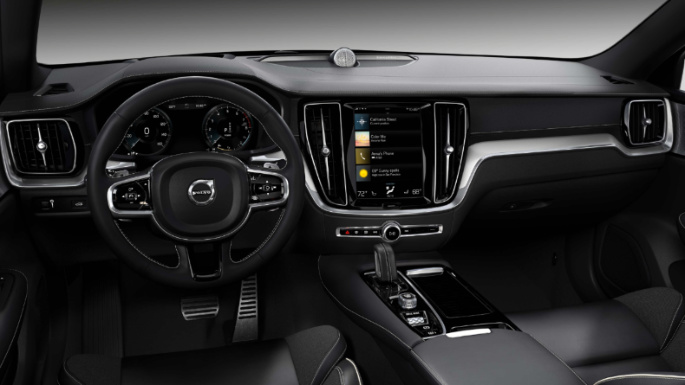 Driven conservatively, the PHEV V60 is estimated to achieve up to 22 miles on electric power only, while its cargo area is larger than that of some SUVs. All that speed and practicality does come at a cost, with an MSRP of $68,395. While the S60 sedan and XC60 SUV are also available with this powertrain, the V60 T8 Polestar Engineered is a more exclusive way to combine Volvo's power and efficiency. 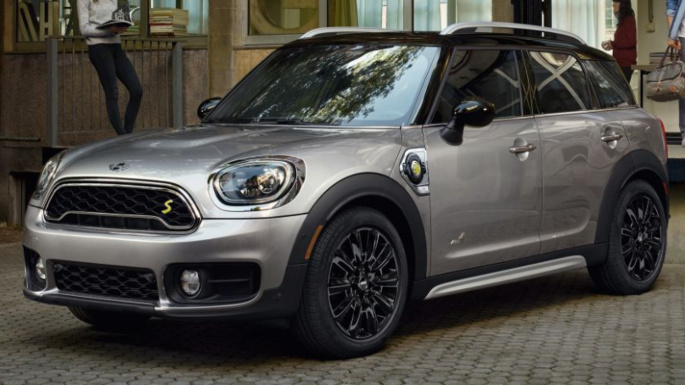 The Mini Cooper SE Countryman ALL4 PHEV is Mini's rival to other compact plug-in SUVs. Starting at $41,500, it's far from the cheapest entrant in the segment, but it provides more distinctive styling, a premium interior, and a more lively driving experience. With an all-electric range of 17 miles, city dwellers may be able to avoid the pumps. When longer trips are required, an EPA rating of 73 MPGe means the Mini has a total range of 300 miles. 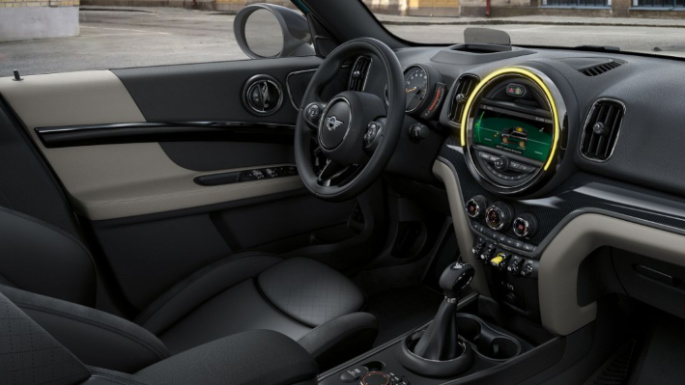 Level 2 charging will top off an empty battery in about two and a half hours. The Countryman should be a decent all-weather vehicle, and in PHEV trim, all-wheel drive is standard. The combined output of gas and electric motors is a somewhat modest 221 horsepower. Still, Mini's have always done more with less, and the handling characteristics make the Countryman more entertaining to drive than typical cars of this type. 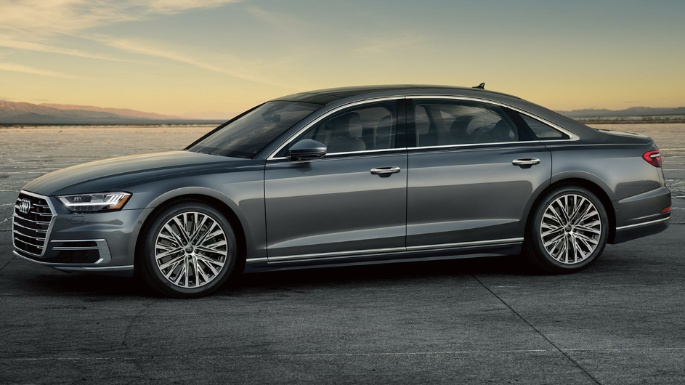 The A8 60 TSFI e electrifies Audi's largest sedan, adding a 14.1-kWh battery pack to the 3.0-liter six-cylinder engine for a combined output of 443 horsepower and 516 lb-ft of torque. That battery pack charges in a little under two and a half hours when connected to a Level 2 charger. The PHEV A8 also includes standard Quattro all-wheel drive. 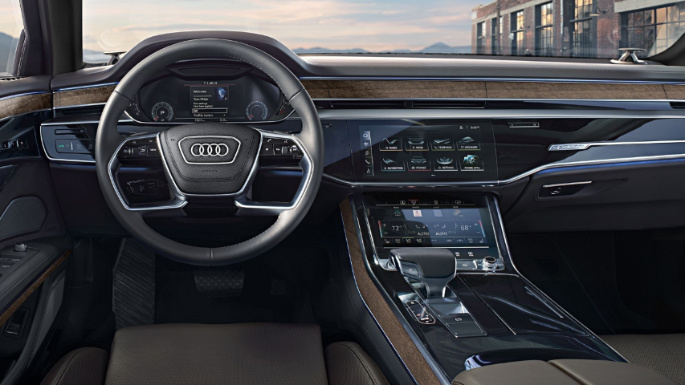 The electric-only range is an estimated 18 miles with an EPA-estimated 53 MPGe. The interior is awash in leather and wood, and all of that luxury and tech comes with a typically Audi price tag, with MSRP starting at $95,900. Thrifty buyers should note that some tax credits remain available, offsetting a fraction of that price tag.