What is a JDM Car?

What Does JDM Stand For?

JDM is a term you have probably run across in car articles, Craigslist ads, or social media. JDM stands for Japanese Domestic Market. It's an acronym used for cars from Japanese manufacturers, like Honda, Subaru, Nissan, or Mitsubishi, made for sale specifically in Japan.

Not all Japanese cars are JDM, such as cars made for export. However, there are many cars sold in other markets that may have a JDM twin.

One example is the Toyota Supra. 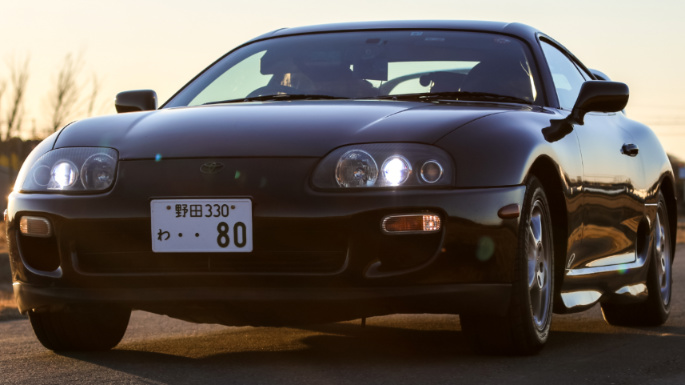 Though Toyota sold it in the United States, it was also sold in Japan as a right-hand drive vehicle, with other changes specifically for the Japanese market. The JDM Supra is now eligible for import to the US. Though it is similar to the American version, the JDM car generally sells for a slight discount compared to the USDM model, making it worth bringing over. 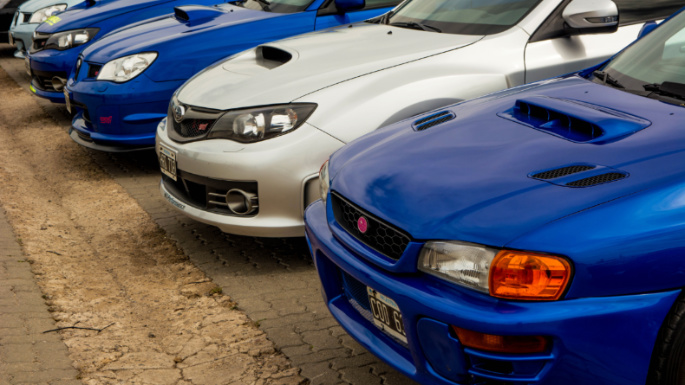 Some JDM cars that were broadly similar to their American counterparts were just under a different brand or had another name. Notable examples of these twins include the USDM Acura NSX versus the JDM/European Honda NSX, where the Acura name doesn't exist. 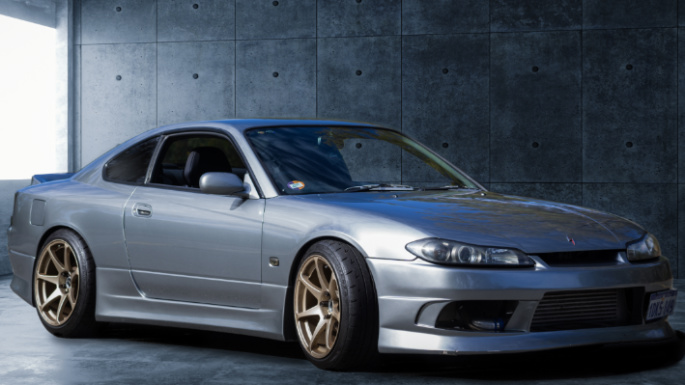 Likewise, the Nissan 240SX -- seen above -- was under various names, such as the Nissan 180SX and Nissan Silvia. And the 1992-2006 Lexus SC sold in the US was a mildly altered version of the Toyota Soarer.

Kei Cars
There are also cars intended strictly for the Japanese market and largely not exported anywhere else. 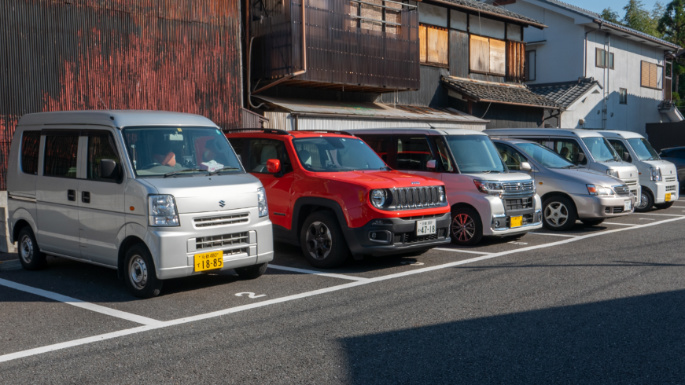 For example, Kei cars are a class of tiny cars, trucks, and vans with strict size limits meant just for the Japanese market. These JDM vehicles are limited to 660cc or smaller engines and dimensions of no longer than about 12 feet long, five feet wide, and a little over six feet tall.

Luxury Models
There are also several high-end luxury models reserved for the Land of the Rising Sun.

The Toyota Century was first introduced in the late 1960s and is still transporting CEOs and diplomats around Japan today in its third generation. 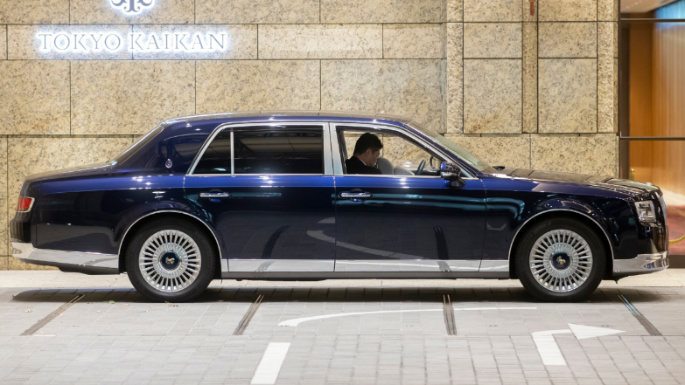 The current iteration -- seen above -- packs a 5.0-liter V8 with a hybrid powertrain, but a V12 also powered some previous versions. In Japan, these cars compete with the cream of the luxury crop, starting at the equivalent of around $200,000. Luxury features included a four-seat arrangement, where the front passenger seat could be moved out of the way, allowing one of the rear seats to recline fully.

Many of the cars intended for the JDM market have begun appearing on American soil. By federal law, cars produced 25 years ago or older can be brought into the US and registered to be legally driven on the streets. 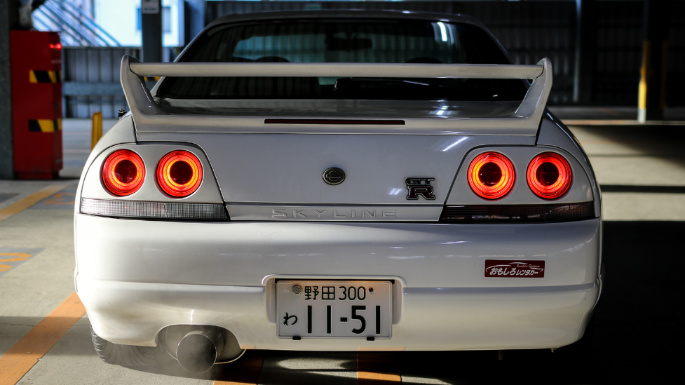 As a result, importers and dealers helping buyers import vehicles from other countries are starting to specialize in selling JDM cars.

The dealers specializing in importing JDM rides also bring over cars initially sold in the US but are now reaching peak values. Popular models, like the Supra, Mazda RX-7, and Nissan Fairlady Z (300ZX), are commonly imported to compete with more expensive USDM versions of the same cars. 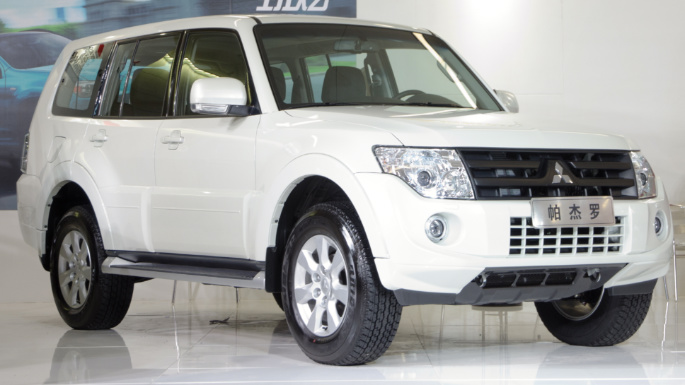 Some JDM SUVs are also popular imported rides. For example, the Nissan Safari and Mitsubishi Pajero (seen above) were occasionally sold in the US as the Armada and Montero, respectively. But the manufacturers equipped the home market versions with different engines and features.

Japanese 4WD minivans are just as popular as these SUVs, with names like the Mitsubishi Delica gaining fame in the camping and overlanding communities. 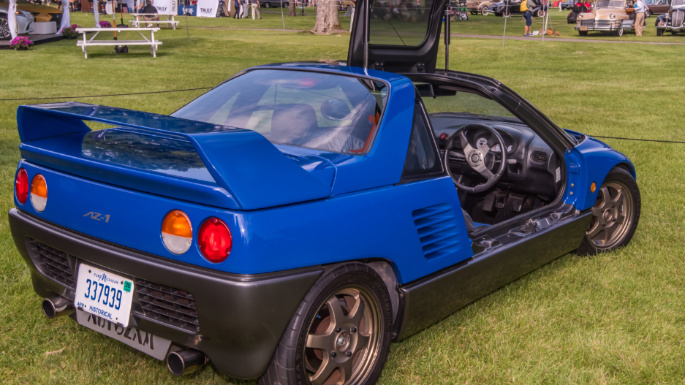 The Suzuki Cappuccino is another tiny sports car, looking something like an even smaller second-generation Mazda Miata. Weighing in at under 1600 pounds and rocking a turbocharged three-cylinder engine, this little car is fun to drive.

Other Kei trucks and vans are also imported and have a faithful following for their practical nature in a small footprint.

Nissan designed two retro-look cars in the late 1980s and early '90s and are now popular imported vehicles. The Nissan Pao was styled to look like a classic European automobile with design cues hinting back to the 1950s. 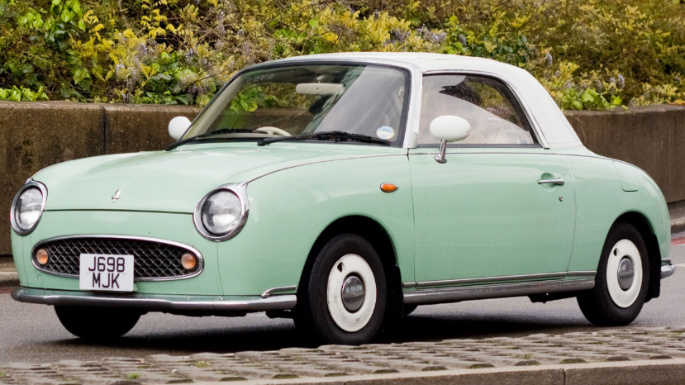 The Nissan Figaro -- seen above -- is an elegant 2+2 convertible with a French or British design from the 1950s and a folding fabric roof. And the Nissan S-Cargo was a curious take on a modern Citroen but as a small van.

Another famous forbidden fruit from the JDM market is the Honda Civic Type R. Introduced in 1997, the Civic Type R was a stripped-down track machine, lighter and more race-oriented than other Civic trims. It included a high horsepower naturally-aspirated engine, red racing seats, and a limited-slip differential.

Later versions were also available in the UK, and it started to be offered in the US only in 2017. Still, the Japanese Domestic Market car is considered the holy grail as it retained the limited-slip differential and red Recaro racing seats, which were not available on the UK version.

There are many cool JDM cars available to import but do so at your own risk. It is a wise idea to seek the help of an expert. There are many cases of shady importers getting cars to the US illegally and even getting them registered, only to have the next owner find out the vehicle does not meet import qualifications and having it seized. 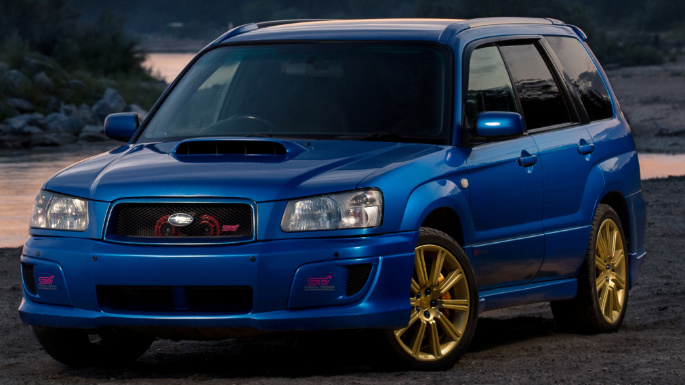 Some states are also more strict when it comes to imported cars. California, in particular, may have more requirements for an imported vehicle to be registered and driven on the roadways, such as emissions controls.

Recently, Maine revoked the registration of many imported vehicles for not meeting federal crash safety and emissions standards. Though these owners initially thought they had imported a street-legal car correctly, Maine has declared them ineligible to use on the road.

Besides JDM vehicles, it is somewhat common for people to install a JDM engine in an American version of a Japanese car. It can be for many reasons, such as cost or performance.

In Japan, there can be taxes and fees for owning and driving a vehicle with more than 100,000 kilometers (62,000 miles) on the odometer. That means cars may be scrapped or sold overseas with relatively low miles. Many of these JDM engines will fit the US market version of the car and come at a significant discount compared to having an existing engine rebuilt or buying a new engine.

There are also performance reasons to upgrade to a JDM engine. For example, the Nissan 240SX, as sold in the US, came with a naturally aspirated 2.4-liter engine, while the JDM counterpart came with a turbocharged 2.0-liter.

Many 240SX owners swap these engines into their left-hand-drive American-spec model because the turbo engine is easier to tune to higher power ratings.

Just like with JDM cars, there may be standards required for your state. A replacement engine from Japan may not have all of the required emissions equipment, or it may not be legal for other reasons. These engines are often advertised as low-mileage, but that usually can't be verified. As with any used engine, the condition is difficult to confirm without an expert looking at the internals.

If you consider a JDM engine, shop around for a reputable importer, or go through a mechanic shop that offers guaranteed mileage and a warranty.

Fans of 'The Fast and the Furious' franchise may know that JDM is about more than just cars. For example, suppose you need to overnight parts from Japan. In that case, many highly renowned aftermarket tuners and car parts suppliers call Japan home, and many of their products were available in the Japanese market only.

Parts such as wheels and performance mods to keys and badges are also imported and have a cult following. Many of these brands are familiar to Japanese cars like wheels from Rays, Work, or Watanabe. And performance parts from Mugen or HKS are relatively well known in the USA. Therefore, JDM fans will scour online markets to get original products from these brands to modify their ride in the most authentic way.

A fascinating subset of this JDM obsession is "fashion keys." The keys have various designs on the head of the key and are meant to be a style statement.

One of the most sought-after designs is the Royal Clover brand Duetto Queen key.

Mazda Miata owners are willing to pay $300 or more to get a pristine uncut key for their tiny affordable sports car. As deep as this obsession with keys goes, there are parallels in every possible market. From bubble shift knobs to Bride racing seats, JDM crazy car enthusiasts search the internet and shell out big bucks for authentic Japanese Domestic Market products.

In Canada, the rules are more relaxed, and individuals can import cars into that county just 15 years after the month of manufacture. You can now get several generations of the Nissan Skyline GT-R and standard Skyline before Nissan started selling the current GT-R here. The earlier models don't come cheap. Expect to pay $45,000 or more to get an R32 Skyline GT-R in decent shape on the American market. Special JDM cars often demand a premium.

Therefore, JDM is a simple acronym for Japanese Domestic Market, but a much deeper topic of discussion. In American car culture, JDM is a subsect, alive with varying degrees of obsession. So whether you are interested in finding a cheap used replacement engine for your old Subaru, or you're someone who must have the perfect rare body kit for a pristine show car, there is probably some part of JDM culture out there for you.