The Elantra is a four-door compact sedan and hatchback made by South Korean automaker Hyundai. It competes against vehicles such as the Honda Civic, VW Jetta, Toyota Corolla and Nissan Sentra. 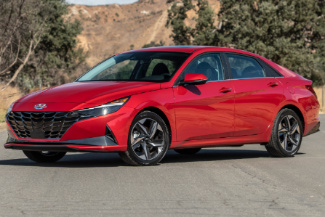 For the 2021 model year, Hyundai completely redesigned the Elantra and gave it more modern styling on the exterior as well as the interior. With available trims like the SE, SEL, Blue Hybrid, N-Line, Limited, and Limited Hybrid, there are all kinds of options to choose from.

For standard engines, the 2021 Hyundai Elantra comes with a front-wheel-drive four-cylinder engine putting out 147 horsepower as a standard. This also includes Hyundai's continuously variable automatic transmission or CVT.

If you want to go with a hybrid version, the internal-combustion engine on this has a 1.6-liter four-cylinder, which works in conjunction with a 34-kilowatt electric motor and puts out a combined 139 horsepower.

The new Elantra N-Line trim level features a turbocharged 1.6-liter four-cylinder that puts out 201 horsepower and 195 pound-feet of torque, which is exceptionally powerful for a compact car in this class. The N-Line can also be paired with either a six-speed manual transmission or a seven-speed dual-clutch automatic.

The interior styling is all-new for the seventh Elantra generation. With a wraparound dashboard and center console, it is refreshingly modern and also features an LED strip for adjustable ambient lighting.

The tech has also been updated for this new generation with a standard 8.0-inch infotainment screen that can be upgraded to 10.3 inches. The gauges can also be upgraded to another 10.3-inch digital display. A Wi-Fi hotspot, as well as Apple CarPlay and Android Auto, are all standard, as is Hyundai's suite of safety features including automated emergency braking, lane-keeping assist, and adaptive cruise control with lane-centering.

For the 2022 model year, there are no changes to Elantra's styling or specs. 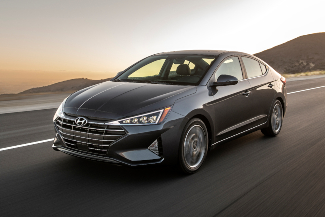 Now in its sixth generation, the Elantra comes in a variety of trim levels and engine choices; most models are a four-door, five-passenger sedan though the GT is a four-door hatchback model.

The wheelbase is the same as the previous generation and the exterior styling transformed into a sleek profile with a low roofline.

Most versions of the Elantra (base SE and Limited sedans and the GT hatch) run with a 2.0-liter, four-cylinder engine with 147 horsepower combined with either a six-speed manual or six-speed automatic. The Eco version uses a 1.4-liter turbocharged four-cylinder engine that puts out 128 horsepower and 35 mpg of combined gas mileage. This engine is paired with a seven-speed dual-clutch automatic gearbox.

The Sport model features unique performance-oriented trim pieces inside and out plus a 201-horsepower, 1.6-liter turbocharged four-cylinder engine and a six-speed manual transmission or a seven-speed dual-clutch gearbox. The suspension has also been retuned for more dynamic handling.

This generation of Elantra GT hatchback was significantly updated for the 2018 model year. The car grew longer and wider and featured a more premium exterior design. The base model continued with the 2.0-liter four-cylinder engine while a new GT Sport version comes with the Sport sedan's 1.6-liter turbocharged four that makes 201 horsepower and uses either a seven-speed dual-clutch gearbox or a six-speed manual.

For the 2019 model year, Hyundai gave the Elantra sedan a thorough makeover. The exterior was completely redesigned and now featured an angular look in the headlights and more premium, horizontally-oriented taillights. New active safety features were added and the interior features a larger touchscreen in the dashboard and a new infotainment software system.

Trim levels now include the SE, SEL, Value Edition, Limited, Eco, and Sport. All models (the mainstream versions and then the Eco and Sport) carry over their powertrains. 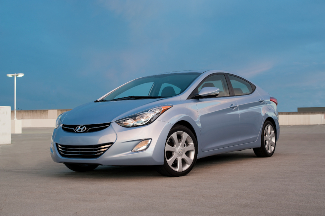 The Elantra was completely redesigned for its fifth generation and now featured a distinctly sporty style with clean, crisp lines. It grew in size to a 106.3-inch wheelbase and a curb weight between 2,560 and 2,877 pounds.

The Elantra offered two trim levels to start with its four-door sedan. All featured a 1.8-liter, four-cylinder engine and the choice between a six-speed manual or six-speed automatic transmission.

The GLS featured competitive base features and also added three different equipment packages with even more options. The Limited trim only came with an automatic transmission and had luxury features like leather seats, AC, and heated front and rear seats.

A two-door Elantra Coupe was added in 2013, which featured GS and SE levels of trim.

The 2014 model year received a mild facelift, including an Elantra Sport model that featured a 2.0 liter GDI engine. The GLS trim became the SE trim as the base and then it was followed by the SE Preferred Package, Limited, and Sport. 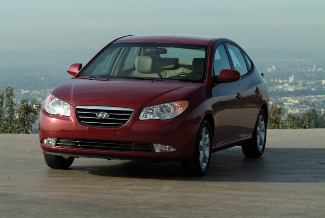 The fourth-generation Elantra continued to increase in size as it now had a 104.3-inch wheelbase and an overall length of 177.4 inches.

The body style was only a four-door sedan for this generation.

A 2.0-liter, the four-cylinder engine came on all models; a five-speed manual transmission was standard and a four-speed automatic was optional.

Unlike the previous generation, the base model of this generation did not have AC as a standard feature. It did add side curtain airbags and all-wheel disc brakes with ABS, however. This generation had the most interior room of any vehicle in its class and it was technically classified as a midsize sedan by the EPA.

For the 2008 model year, Hyundai dropped the Limited trim, which left only the GLS and SE trims. The SE trim was the upgraded base with features like electronic stability control, sunroof, and leather seats as an option.

The 2009 model added USB and iPod connectivity as a standard feature for the SE.

The 2010 model year saw the addition of a Blue trim, which was a base model with better fuel economy and a modified grille. GLS and SE trim now offered standard automatic transmissions, while the Blue trim only had the manual. 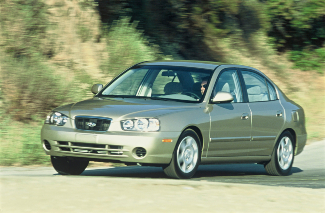 In its third generation, the Elantra became even larger and roomier. The wheelbase was now 102.8 inches, and it was offered as a four-door sedan and five-door hatchback. The curb weight was up to 2,635 pounds.

The standard trim was the GLS and the top trim was the GT. The latter trim added a performance suspension, leather seats, alloy wheels, fog lights, and a spoiler. The GT trim debuted in 2003 and was removed in 2005 to be replaced with the Limited trim.

All versions of this generation featured standard front airbags, AC, power locks, and windows as well as power steering.

Hyundai refreshed the car in 2003, giving it a redesigned exterior, new lights, and a new dashboard. The engine for this generation was a 2.0-liter, four-cylinder unit that made 140 horsepower. Available transmissions still included a five-speed manual and a four-speed automatic. 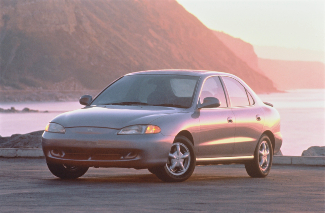 The second generation of Elantra continued as a four-door sedan but was also available as a five-door station wagon. The exterior was fully revised and featured more rounded lines, while the interior debuted new dual airbags.

The new engine for the U.S. market was the 1.8-liter four-cylinder which produced 130 horsepower. A 2.0-liter version was also added at a later date.

The car was slightly bigger for this generation with a 100.4-inch wheelbase and an overall length between 174 and 175 inches for the sedan. A slight facelift happened in 1999 to improve the overall design. 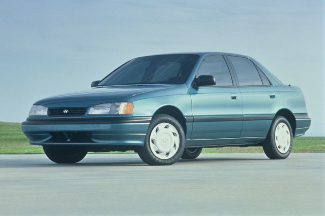 The first generation of Elantra was a four-door sedan with a boxy look, more similar to American cars of the period versus Japanese competitors.

This generation started on a 98.4-inch wheelbase and weighed about 2,522 pounds. The engine was a Mitsubishi-designed 1.6-liter inline-four that put out 113 horsepower. It was paired with either a five-speed manual or four-speed automatic transmission.