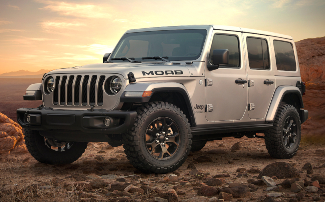 While retaining the overall appearance of prior Jeep Wrangler generations, the Jeep Wrangler JL features improved aerodynamics, greater fuel efficiency, and upgraded technology throughout. New engine options, including a turbo four-cylinder and a diesel version, headline the fourth generation updates to the Wrangler.

The 3.6L Pentastar V6 gas engine carries over from the previous generation but has been revised for improved fuel economy, and a new option is the eight-speed automatic transmission. The diesel will be a 3.0-liter V6 turbodiesel. This new engine, which produces approximately 260 horsepower and 442 lb-ft. of torque, is the same one that is available in the Jeep Grand Cherokee (WK2) and the Dodge Ram 1500.

Numerous improvements also make it easier to convert both hard and soft top versions for travel without doors or a roof, including lighter doors, a fold-down windshield, and storage compartments for removed parts. The JL continues to use the UConnect infotainment system, with several different touchscreen displays available and satellite radio comes standard on most trims.

Some upgrades include retro styling that recalls earlier Wrangler and CJ models, such as the steering wheel and instrument panel. Improved side-impact airbags and strengthened pillars make the JL safer than earlier generations, as does a blind spot monitor built into the taillight housing. As with its predecessor, the JL comes in two- and four-door configurations with a variety of trim and option packages.

The drivetrain in the fourth-generation Wrangler remains the same as in previous generations with part-time four-wheel-drive (4WD) as standard. The fourth-generation Wrangler welcomes back the Jeep Wrangler Gladiator which has been one of the most popular selling trucks of 2021 with 48,784 units sold. The Gladiator offers the seating capacity and wheel-base of an unlimited wrangler but also offers the benefit of a small truck bed and flared fenders for more off-road focused ability. 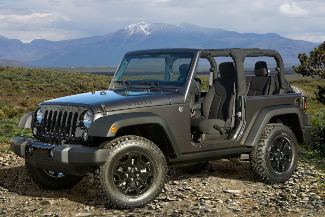 Among the significant changes introduced with the third-generation Wrangler was the introduction of a four-door Unlimited model, which provided a longer wheelbase and increased interior space for passengers. Other new features included power windows, remote entry, and optional navigation. As with prior generations, soft and hardtop versions were available, including both options on the four-door model.

The Jeep Wrangler JK was the first Wrangler designed and manufactured under the ownership of Daimler Chrysler. Several new features were also introduced with the 2009 and 2010 model years, including Hill Start Assist, which improved performance on hills; Trailer Sway Control and Electronic Stability Program, which improved towing control; and UConnect entertainment systems.

Minor changes and updates continued through 2015, such as the introduction of new body colors, a new touchscreen for the UConnect system, new tire options, and an eight-speaker stereo system. With all of these upgraded comforts, the JK generation of Jeep Wranglers made for a proper daily driver.

The JK retained prominent features of earlier Wrangler models, such as part-time four-wheel drive and a separate body and frame. A 3.8-liter EGH V6 engine was introduced as the base engine on the 2007 model and was replaced on the 2012 model by the 3.6-liter Pentastar V6 engine. Both engines came with a six-speed manual transmission, with a four-speed automatic transmission available through 2011 and a five-speed automatic transmission available starting in 2012.

Numerous editions, trims, and option packages were available, including the Islander, Rocky Mountain, Mountain, Moab, and Overland editions. The JK was manufactured in Toledo, Ohio. 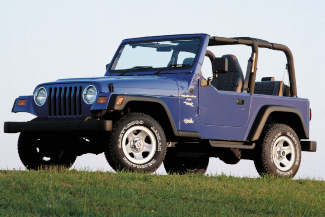 The Jeep Wrangler TJ was the second generation of Wrangler and it was introduced in 1996 for the 1997 model year. The most noticeable exterior change was the reintroduction of circle headlights, which were a distinctive feature of classic Jeeps.

In the latter part of the generation, the Jeep Wrangler Unlimited was introduced, which featured a wheelbase 10 inches longer than standard. This was essentially a preview of the eventual four-door Wrangler that debuted in the next generation. In 2003 the Jeep Wrangler Rubicon trim level was introduced which brought an impressive interior upgrade, and off-road-focused performance pieces such as stronger axles, coil springs, stability control, and locking differentials.

A right-hand driving edition with an automatic transmission was produced for use by United States Postal Service employees. A minor redesign of the TJ occurred for the 2003 model year, which included the substitution of a four-speed transmission for the earlier three-speed version. Other cosmetic changes included new fabric colors, transitioning parts from metal to plastic, and the introduction of rounder seats. 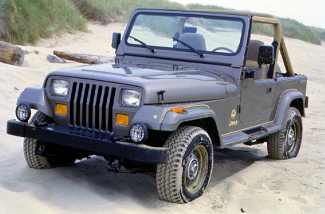 The original Wrangler looked similar to its predecessor, the Jeep CJ-7, which was first built in 1976. Chuck Mashigan worked as the lead designer on the initial model, and YJ models were manufactured in Brampton, Ontario until 1992. For the remainder of its run, the YJ was built in Toledo, Ohio.

Built for more driver comfort and wider appeal than earlier Jeep models, the YJ featured less ground clearance and improved handling compared to the CJ-7. A leaf spring suspension with trackbar suspension links, a wider base and anti-roll bars improved safety over the CJ-7. The YJ came with standard with a 2.5-liter AMC 150 straight-4 engine. Drivers could choose a 4.2-liter AMC 258 straight-6 engine through 1990. The optional engine from 1991 was the fuel-injected 4.0-liter AMC 242. Part-time 4WD came standard on all engine models.

Several optional changes were introduced during the YJ's manufacturing life. In 1992, for example anti-lock brakes were introduced, and starting in 1994 a three-speed automatic transmission complemented the traditional manual transmission. Jeep offered hard and soft tops in black, white, tan and gray off and on throughout the YJ's run, with rollbar padding matching the top.

Several trim and options packages were available, including the Wrangler Islander package from 1988 to 1993, which feathered bright colors, sunset graphics on the hood. The Wrangler Renegade Decor Package, available from 1991 to 1994, included upgraded wheels and tires, the 4.0-liter engine, fog lamps, a leather steering wheel and an extra fuel tank. Other trims available were the base S and SE trims, Laredo, Sport, Sahara and Rio Grande. 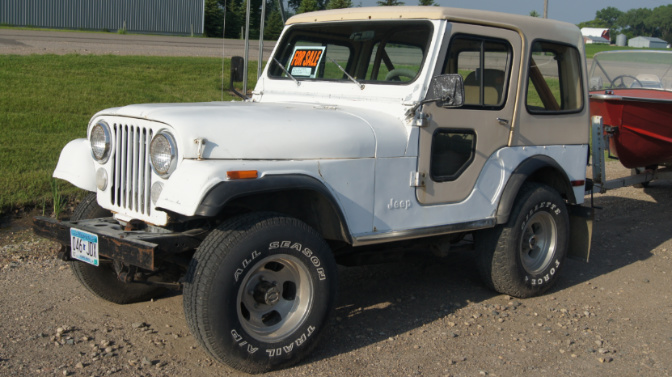 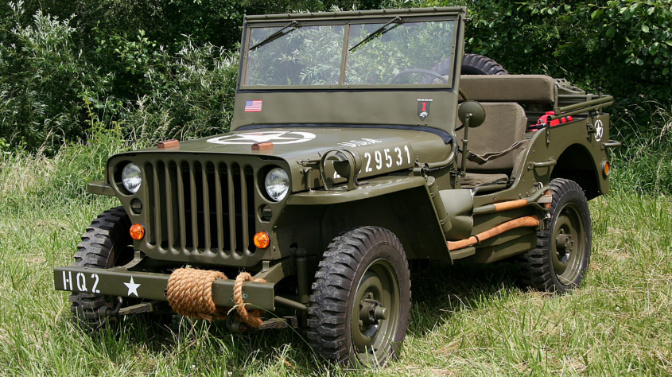 The Willys Jeep Overland was also offered in different body styles and purposes starting with the CJ-3A and CJ-3B which were produced from 1949-1968. The military-focused Jeep made its return in 1967 with the Kaiser Jeep M715. The M715 was designed as a heavy-duty vehicle and it served in the Vietnam war for other countries. In South Korea, the automotive giant Kia still makes the Kaiser M715 outfitting Southern Korea's army.