The Land Rover Range Rover is a luxury SUV produced by Land Rover, a sub-brand of Jaguar Land Rover.

Launched in 1970 by British Leyland, the Range Rover model has always aimed to be among the most luxurious SUVs on the market throughout its five generations. Despite this, it also traded on Land Rover's iconic off-road abilities. 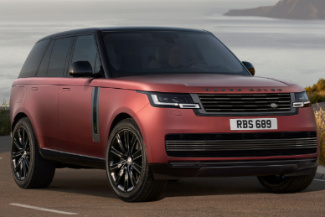 In a strange twist, the new fifth-generation Range Rover (launched for the 2022 model year) sold together with the 2022 model of the fourth generation, at least until the inventory ran out. The latest generation is available in both short wheelbase and long-wheelbase body styles, with the latter making room for the third row of seats.

Not to be confused with the 2022 model of the previous generation, the completely redesigned fifth-generation Range Rover sees changes from the ground up with updated styling, new luxury finishes, and a host of new tech features. The fourth-generation 2022 model sees minimal changes, while the turbodiesel V6 and plug-in hybrid P400e powertrains have been discontinued from the lineup, as well as the HSE model.

The new Range Rover offers a 395-horsepower turbocharged inline-six engine with a 48-volt hybrid system and a new 523-horsepower twin-turbo 4.4-liter V8 engine. The exact same engine lineup exists for the 2022 Land Rover Range Rover Sport. The entry-level PHEV is only available for the base SE trim, while the V8 engine comes standard on the First Edition and Autobiography models and is optional on the SE trim.

With its inline-six engine, the 2022 Range Rover has a highly competitive fuel economy for its class and even competes above other Land Rover vehicles with an EPA-estimated 18 mpg in the city and 23 mpg on the highway. 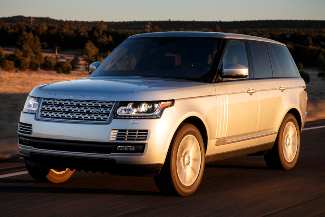 The current generation came out in 2012 as a full-sized luxury SUV and is regarded as one of the premier luxury SUVs on the market. It is available as a five-door SUV or three-door SUV for the SV Coupe trim. The transmission is an eight-speed automatic with four-wheel drive and a two-speed transfer case offering high and low range.

Perhaps the most significant update over the previous Range Rover is this version's all-aluminum unibody construction. This was a unique concept for an SUV at the time, and it reduced the Range Rover's weight by over 900 pounds from the previous model.

The new V8 engine is a 5.0-liter engine available in two versions. The high-end supercharged version makes 503-horsepower, while the regular version makes 370-horsepower. The first hybrid powertrain entered the Range Rover family for the 2013 model year. It offered an improved fuel economy and reduced carbon emissions. The hybrid model embarked on a 10,000-mile journey from Solihull to Mumbai via the Himalayas to prove its capability. 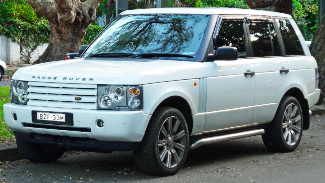 Always revolving, the third-generation Range Rover was the first to be built on a unibody platform. The design inspiration for the hull came from the tapering of the Italian Riva speedboat.

It was redesigned from the ground up. It primarily took cues from BMW design standards, specifically the BMW 7 Series (BMW owned Land Rover at the beginning of this generation's lifespan but later sold it to Tata).

Because of its BMW ownership, this generation Range Rover started with a BMW V8 engine, but in 2006 it was replaced with the Jaguar Land Rover 4.4-liter or 4.2-liter V8 that made 300-and 400-horsepower, respectively. At this point, only an automatic transmission was available across all Range Rover models.

The 2010 update also welcomed a new multicamera system, a new grille, LED lights, and 5.0-liter V8 engine options with an output of 370-horsepower on lower-end versions and 503-horsepower for the premium supercharged version.

2011 welcomed a new model to the lineup, the luxurious cross-coupe Range Rover Evoque, which was named Car of the Year by several outlets. It was unveiled at the Paris Motor Show in 2010. 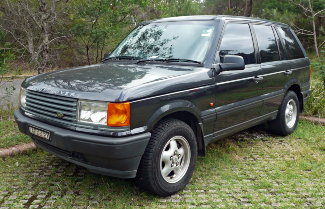 The second-generation Range Rover was introduced for the 1995 model year and was more luxurious than the previous generation. It offered two V8 engines in its powertrain lineup: a 4.0-liter that made 190-horsepower and a 4.6-liter that made 225-horsepower.

The second-generation Range Rover welcomed some design changes, including its iconic silhouette and new rectangular headlights in place of the circular ones. These changes make the vehicle instantly recognizable even to this present day. 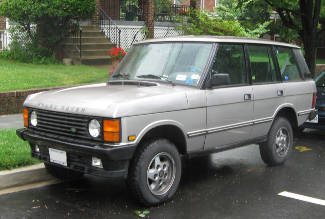 The first-generation Range Rover was introduced for the 1970 model year and was known as the Range Rover Classic at the end of its production to distinguish it from its successors. During its initial production, it was only available as a two-door body. The original model served as a basis for introducing the 1989 first-generation Land Rover Discovery. The Range Rover was the first vehicle to deliver a permanent four-wheel-drive system and featured a split tailgate, continuous waistline, and clamshell hood.

In 1981, the Range Rover became available as a four-door vehicle.

Before its release into the North American market, the Range Rover redesigned the interior to feature walnut inlay, new door cards, and a modern instrument cluster.

Another interior redesign for this generation came in 1994. This one included a soft-feel dashboard, new switches, and instruments (these late models became known as the "soft dash" Range Rovers).

These SUVs used coil springs from the beginning, which was different from the usual leaf springs of rival large SUVs at the time. Because it was heavy, the Range Rover also had four-wheel disc brakes for added stopping power.

Range Rovers entering the U.S. market had electronic fuel injection since that was an upgrade the brand made globally in 1986. The 1989 model year introduced a 3.9-liter engine with 182-horsepower. In 1992 this was upgraded to a 4.2-liter engine with an output of 200-horsepower. These models used an automatic transmission and permanent all-wheel drive.