The ES is a midsize luxury sedan from Lexus, Toyota’s luxury brand. This 2019 model is the first year in the model’s seventh generation. Lexus gave it a thorough and aggressive makeover versus the outgoing generation.

The ES is loosely based on the Toyota Avalon. It’s front-wheel drive and it slots between two rear-wheel-drive sport sedans in Lexus’ lineup -- the smaller IS and the larger GS.

The ES competes against a disparate group of fellow luxury sedans, but its closest competitors are the Acura TLX, Genesis G80, Volvo S60, Lincoln MKZ and Buick Regal and Lacrosse. It’s one of Lexus’ longest-running sedans (behind the full-size LS); it’s also Lexus’ most popular sedan by sales and its third most popular vehicle overall.

There are two versions of the Lexus ES. The base is the ES350, which starts at $40,625. It has a 3.5-liter V6 engine that makes 302 horsepower and 267 pound-feet of torque. It’s paired with an eight-speed automatic transmission.

Buyers can add to the ES 350 the F Sport package for the first time on this model. This setup doesn’t boost the car’s power but it does add larger 19-inch alloy wheels and tires, unique suspension tuning, active noise control, and various minor trim pieces and upgrades inside and outside the car.

The ES 300h -- the model we tested -- is a hybrid. It starts at $42,335 and has 215 total horsepower from an electric motor and a 2.5-liter inline four-cylinder engine and the transmission is a CVT automatic. 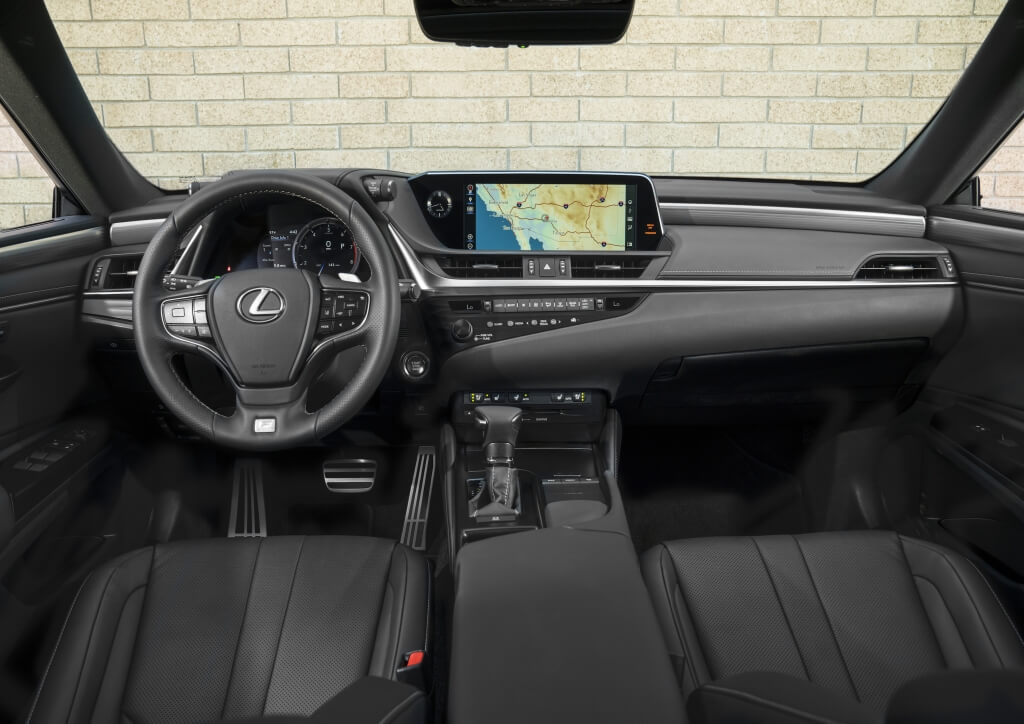 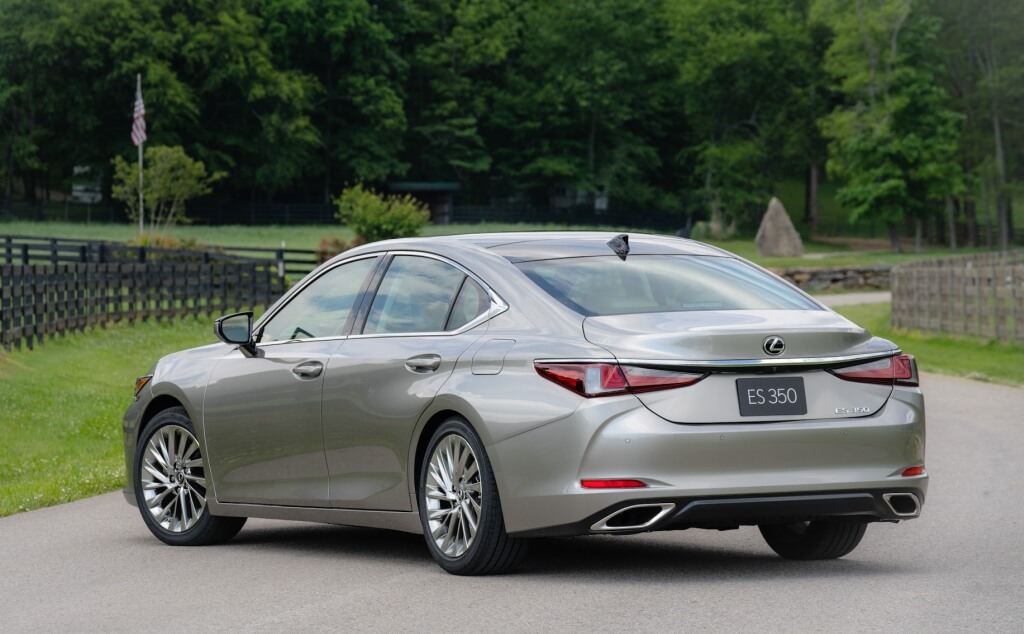 From there a variety of packages and a la carte options add on additional luxury goodies.

The $2,655 Luxury package adds perforated leather seats, wood accents in the interior, 10-way power front seats, heated and cooled front seats, acoustic side glass and rain-sensing wipers. This is the package we’d add to either model of the ES. We’d add to that the $500 panoramic moonroof upgrade since that’s a bargain for letting all that light into the cabin.

Finally, the F Sport package is available on the ES 350. For a total of $45,160, buyers get larger 19-inch alloy wheels, aluminum interior trim, active noise canceling, a sport-tuned suspension rear spoiler, larger digitial instrument panel and minor trim upgrades inside and outside the car.

There are a wide variety of midsize luxury sedans on the market; some are more direct competitors than others. Yes, a BMW 5 Series or Mercedes-Benz E Class may be in the same general segment, but they’re very different beasts and most people aren’t cross-shopping those German models with this ES. Here are some other, more direct competitors to the ES: