Vehicle Type: The 2022 Lexus LX 600 is a large luxury SUV that can seat up to seven passengers.

Powertrain: There is only one powertrain offered across all trim levels.

A 3.5-liter twin-turbo V6 engine is mated to a 10-speed automatic transmission.

Four-wheel-drive is standard across all trim levels.

The Lexus LX 600 has been completely redesigned for 2022 (it replaces the Lexus LX 570 from last year) and seeks to fill the hole left by the now discontinued Toyota Land Cruiser at the same time.

The most notable change to the new Lexus is its upgraded powertrain, upping both the power and refinement that the outgoing V8 engine and 8-speed transmission lacked.

Exterior styling has also been updated, though it now rides on a completely new platform, making its underpinnings completely new. Two new trim levels, the F Sport and four-passenger Ultra Luxury, both provide a wider potential range of appeal to would-be buyers.

Would we buy one? Probably not. While the LX 600 will no doubt be reliable, a variety of competitors from Mercedes, BMW, Range Rover, and Jeep offer more refinement and performance with just as much, if not more, off-road capability as the big Lexus. 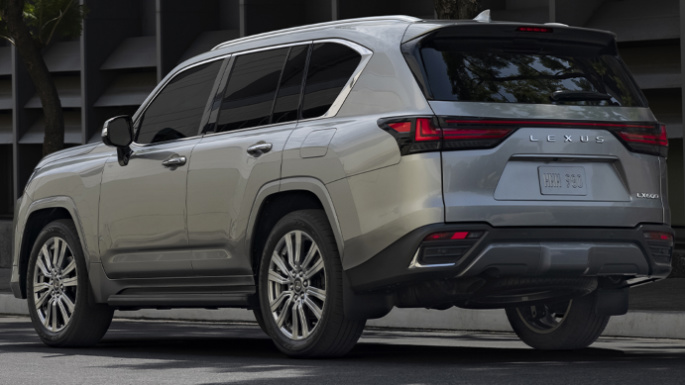 2022 marks the first year of the fourth generation of Lexus LX SUVs. They have traditionally been based on the slightly less upscale Toyota Land Cruiser, but with the Land Cruiser being discontinued for the United States market this year, the LX 600 now has to work overtime to fill the void left by its Toyota sibling and Lexus predecessor.

The Lexus LX 600 is a large luxury SUV that competes against the Cadillac Escalade, Jeep Grand Wagoneer, BMW X7, Land Rover Range Rover, Infiniti QX80, Lincoln Navigator, Mercedes-Benz GLS-Class, and Mercedes-Benz G-Class. It remains a traditional body-on-frame SUV like many of its competitors but unlike most smaller crossover SUVs.

There is both much to like and much to dislike about the LX 600. Its exterior styling and its new twin-turbo engine will both please and disappoint a certain group of potential buyers. The interior, though, is hard to dislike as it is filled with quality materials, many infotainment screens, and redundant knobs to please old-school buyers. A ton of standard tech features, a long list of standard safety features, and the anticipation of its legendary reliability are sure to capture the good graces of many potential buyers. 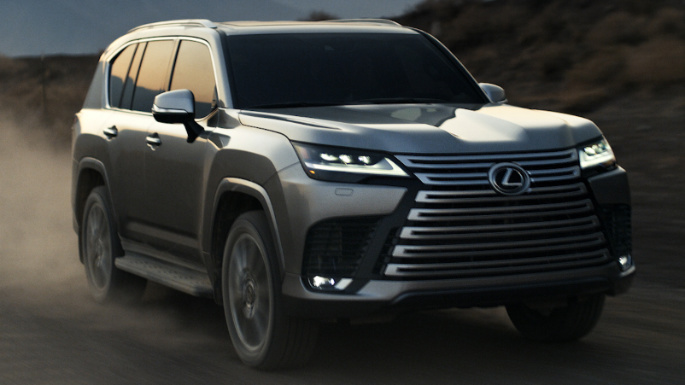 The driving experience delivered by the LX 600 is about what you might expect from a near three-ton luxury vehicle. Acceleration is surprisingly good as the twin-turbo engine kicks in, but cornering and hard-driving leave much to be desired. Its high center of gravity does not do it any favors, but that is to be expected.

Even though it does have better-than-average off-road capability and adequate ground clearance, the Land Rover Range Rover remains the king at combining luxury and capability. The LX 600 is nice to drive as the steering feel is surprisingly light. Passengers are treated to comfortable seats and plentiful headroom, but second and third-row legroom is tight compared to others in the class.

With the noted upgrade in spunk from the outgoing model, the LX 600 will still not win any races but will be more than adequate to tackle your everyday errands with a mild sense of urgency when you need it to do so. 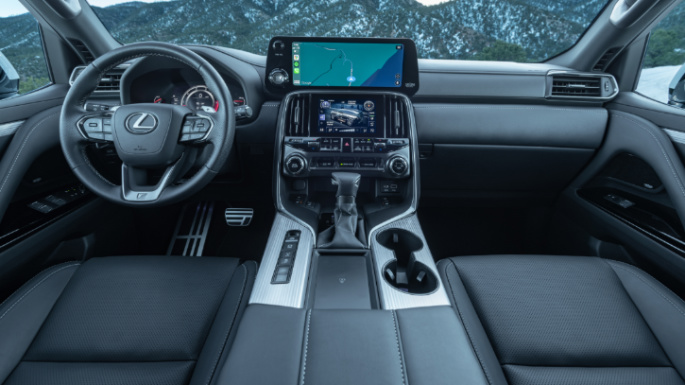 At the time of this writing, neither the NHTSA nor the IIHS has crash-tested the 2022 Lexus LX 600. Even though the LX 600 is new, it is common for both the NHTSA and IIHS to forgo crash testing on low production vehicles. Similar vehicles like the BMW X7, Land Rover Range Rover, and even the less luxurious Toyota Sequoia are similarly untested.

The only two optional safety features include a head-up display and an integrated camera within the rearview mirror. It soars above its competitors in the class with its long list of safety features, but the LX 600’s hidden official crash test results hinder it from getting a perfect score in the category. 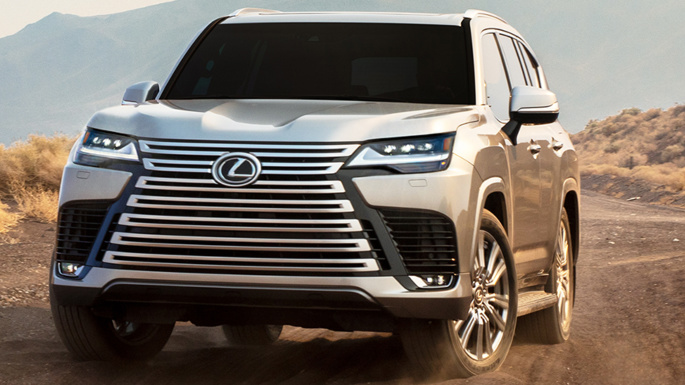 The Lexus LX 600’s value is hard to pin down. On one hand, it is hard to underestimate the power of a traditionally reliable vehicle with this level of luxury, though time will truly tell if the new Lexus still lives up to expectations with several new features and a new powertrain.

Its top-level build quality, extensive standard features list, stellar standard safety technology list, and traditionally strong resale values set it apart from its competition. However, its starting MSRP is also thousands of dollars more than that of the Lincoln Navigator, Cadillac Escalade, and Infiniti QX80. Even the BMW X7 and Mercedes-Benz GLS-Class undercut the entry-level LX 600.

Most of these competitors do not offer the same level of off-road capability as the Lexus, but many offer a much more refined luxury experience than the LX 600 can give. Most buyers shopping this class arguably prioritize brand recognition, refinement, and luxury feel over capability and even reliability. The more comparably priced Jeep Grand Wagoneer and Land Rover Range Rover are also more well-rounded, leaving the LX 600 in a tough spot. 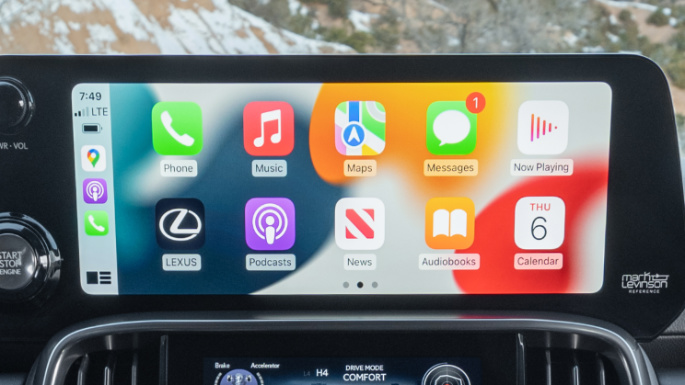 Though most of these standard and optional features are adequate for many luxury SUV shoppers, some competitors offer better features. Several offer the addition of Amazon Fire TV compatibility, larger standard and optional sound systems, and panoramic sunroofs. Others offer quad and five-zone climate control. The Mercedes-Benz GLS-Class even offers a parking damage detection system. 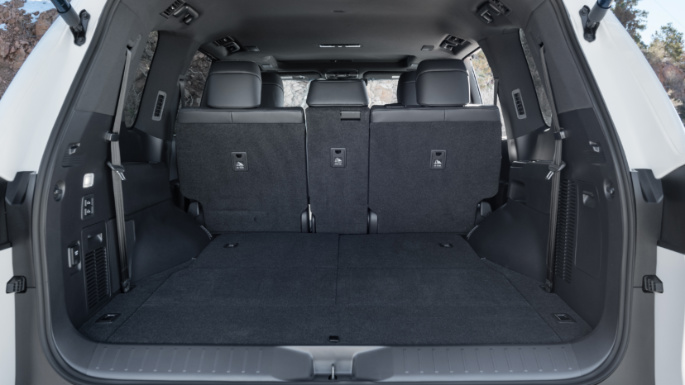 The LX 600 falls behind competitors on the practicality front. Most buyers looking for a large luxury SUV are doing so for the added space that something like a Chevy Suburban, Ford Expedition, or Toyota Sequoia has to offer but with more opulence. The LX 600 is good off-road and in poor weather conditions with goodies like terrain management and crawl control, but it offers less overall space in the third row and cargo area than others in the segment.

Towing capacity comes in at 8,000 pounds maximum. Competitors like the Mercedes-Benz GLS-Class, Land Rover Range Rover, and BMW X7 can tow less by a few hundred pounds, but the Grand Wagoneer, Escalade, Navigator, and Infiniti QX80 can all tow more. Standard four-wheel-drive is one upside the LX 600 offers as most other competitors come standard with rear-wheel drive, adding extra cost for additional capability. 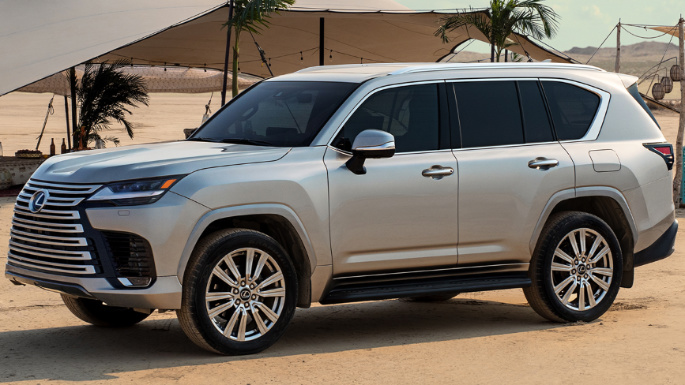 Exterior styling is the most noticeable feature of the entire SUV. Lexus grilles have been getting seemingly larger over the past several years, and the LX 600 has the largest one yet. It is hard not to talk about it or center your attention on it since the rest of its square, muscular body is rather unassuming. There are people that like it, but it dominates the other vehicle’s exterior elements.

The interior is a different story. It is laid out in a simple manner, it is filled with handsome, modern lines, and it is filled with high-quality materials that make it feel like you are paying for every bit of its price tag. Its upright stance and squared canopy assist in providing good visibility as well, a stark difference from the many coupe-inspired sedans and SUVs of the current day.

A good mix of touchscreen surfaces and knobs provides an excellent modern feel while giving passengers something familiar with which to interact. 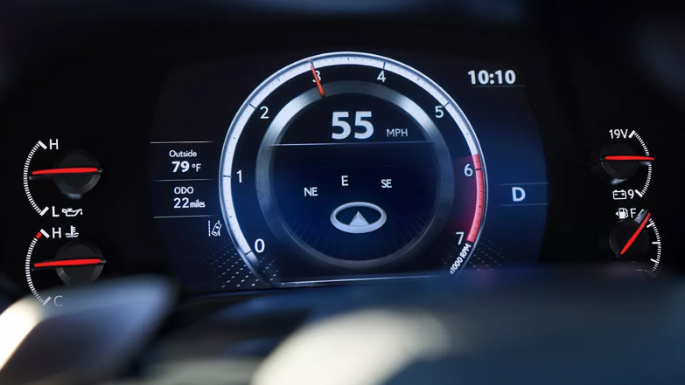 Another notable improvement from the outgoing model, provided by its new powertrain, is an improvement in fuel economy. The new Lexus returns EPA estimates of 17 miles per gallon in the city and 22 miles per gallon on the highway. This puts it in the middle of the class.

For comparison, the Cadillac Escalade is capable of achieving up to 27 miles per gallon on the highway with its turbodiesel engine option and two-wheel drive. When equipped with a regular gasoline engine and four-wheel drive, it falls much lower within the class. Both the BMW X7 and Mercedes-Benz GLS-Class can achieve up to 24 MPG on the highway and about 20 MPG in the city. They lead the class if you delete Escalade’s turbodiesel engine option. 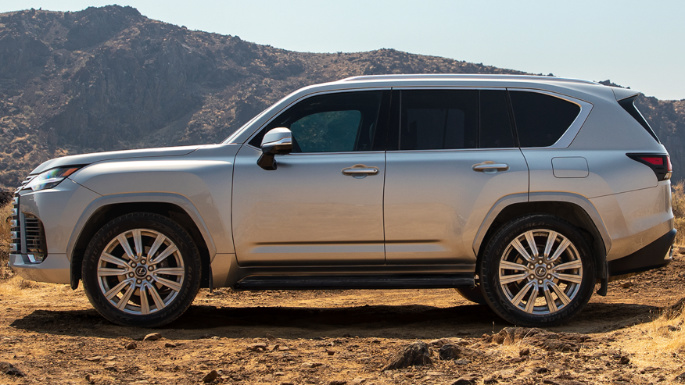 All Lexus LX 600 models come standard with a 3.5-liter twin-turbo V6 engine, a ten-speed automatic transmission, and a four-wheel-drive. Power output is rated at 409 horsepower and 479 lb-ft of torque.

Base models come standard with seating for five and a split 60/40 folding back seat.

The Lexus LX 600 F Sport Handling trim level is the sportiest of the bunch. It starts at $102,345 after the destination fee is included. A sporty, blacked-out front grille, 22-inch wheels, a Torsen limited-slip differential, a sport suspension, ventilated second-row seats, performance dampers, and a rear sway bar come standard. Both the Mark Levinson surround-sound system and active height control are options on this trim level.

Moving up to the Lexus LX 600 Luxury model will cost $104,345 with the destination fee included. The 25-speaker Mark Levinson sound system becomes standard with a wood-trimmed steering wheel and rear-window sunshades. A rear-seat infotainment system is optional.