Autolist rating: 4/5
But would we buy it? Probably
Price range: $30,750-$37,750 including destination and before tax incentives and rebates 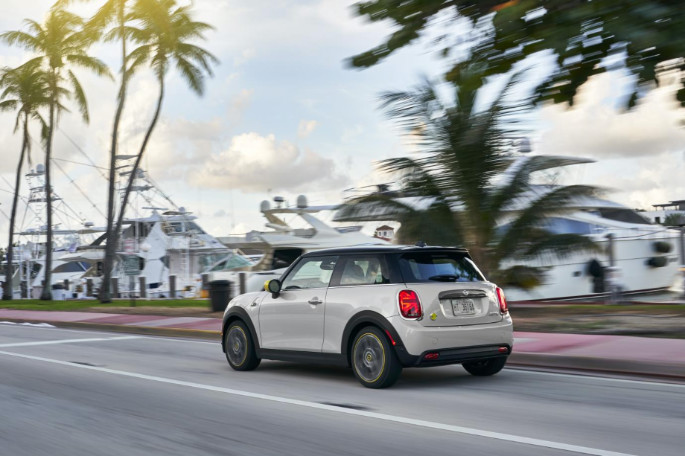 The Mini Cooper SE is the brand’s first fully electric car and the first look at a possibly all-electric future for BMW’s purveyor of retro-styled small cars. It will compete with other modestly priced, smaller electric vehicles such as the Chevrolet Bolt, Hyundai Ioniq Electric, Kia Niro EV, Nissan Leaf, Volkswagen e-Golf – and to some extent, the Tesla Model 3.

The Mini Electric sits between the Mini Cooper Hardtop and the Mini Cooper S Hardtop, which are the smallest vehicles in the British brand’s current range. These two-door hatchbacks are some of the smallest cars on the road in the U.S., which has historically made them popular in urban settings – as well as among those who like their throwback styling and cool design cues.

To that end, though, the Cooper SE receives relatively few changes to the Hardtop models, introduced in their current form in 2013 and lightly updated in 2019. The exterior has some modifications to the bumper and a largely filled-in grille, with yellow accents throughout, and a redesigned underside to improve aerodynamics. The profile, however, remains the same. Aside from some SE-specific wheel designs, most passersby will quickly recognize it as a Mini.

All EV models get a 32.6 kWh battery pack and an electric motor that produces the equivalent of 184 horsepower with a single-speed “transmission.”

There are three trims on the Cooper SE: Signature, Signature Plus and Iconic.

Range is estimated by Mini to be about 110 miles on a single charge, in optimal conditions; the EPA rating hasn’t been released yet.

Modern icon: It’s a classic look, and modifying the Mini to fit an electric drive system hasn’t altered its appearance much. Subtle yellow accents let people know you’re in the electric model, but the overall shape is retained. 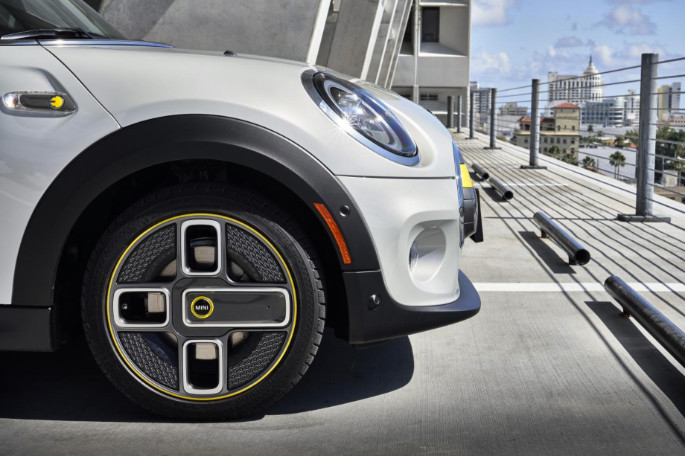 Smile-inducing driving experience: Minis are also known to be fun to drive, and the added weight of a battery pack hasn’t dulled the Cooper SE. It feels livelier than its 0-60 mph time of 6.9 seconds suggests, and its handling is especially perky around town.

Relatively affordable EV: The roughly $30,000 starting price before tax incentives make the Cooper SE one of the least expensive ways to get a new electric car. That’s even more impressive considering the standard features include items such as dual-zone climate control, alloy wheels and navigation.

TLDR: Small and quirky, and don’t stray too far from a plug.

Think small: It’s still a small car, and while the addition of a battery hasn’t impacted the space for passengers and cargo, this is more of a two-seat vehicle with two occasional seats. The two-door hatchback configuration will also make it tough to get people in the back, as well as fit car seats.

Quirky controls: Those unfamiliar with recent Mini models may have a learning curve to endure with the interior controls. The infotainment system is controlled by both touchscreen and a rotary knob on the narrow space between the front seats, while the seat controls are unusually arranged. 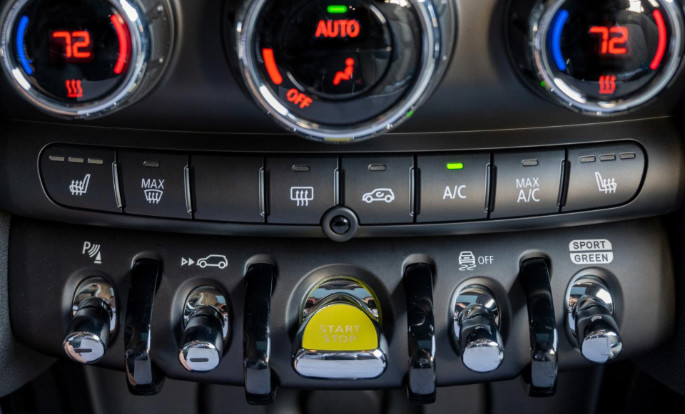 A range of issue: Then, there’s the battery range. The EPA hasn’t confirmed ratings for the Cooper SE yet, but even Mini estimates it at 110 miles on a full charge – and in optimal weather and driving conditions. Keeping the air conditioning on full blast or engaging the fun Sport mode will decrease that considerably. Consider that when buying. 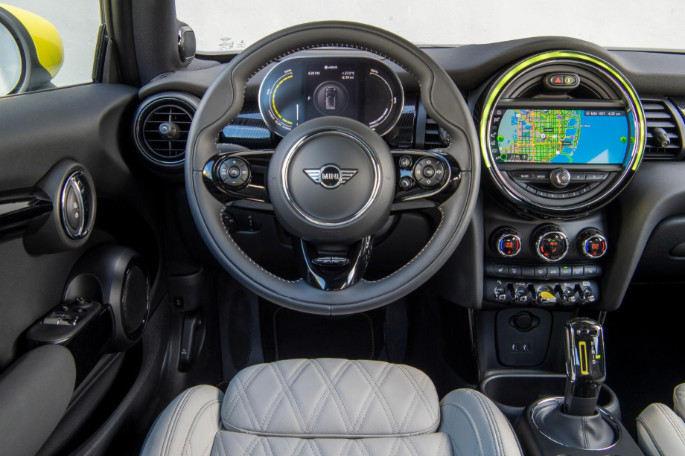 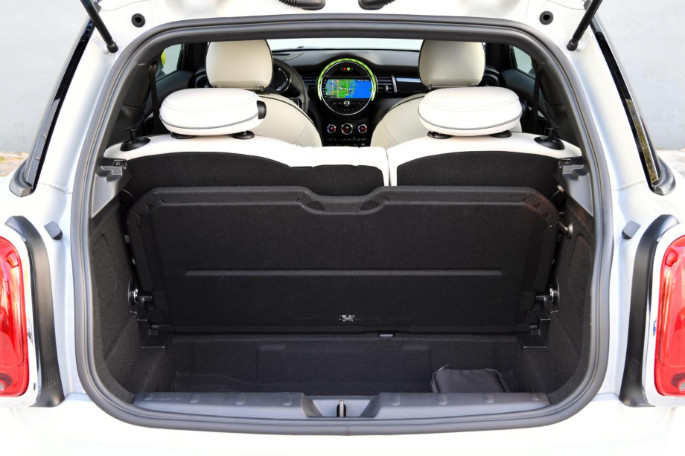 The Mini Cooper SE starts from $30,750, including an $850 destination charge, but before applicable tax incentives. It comes in three trim levels. 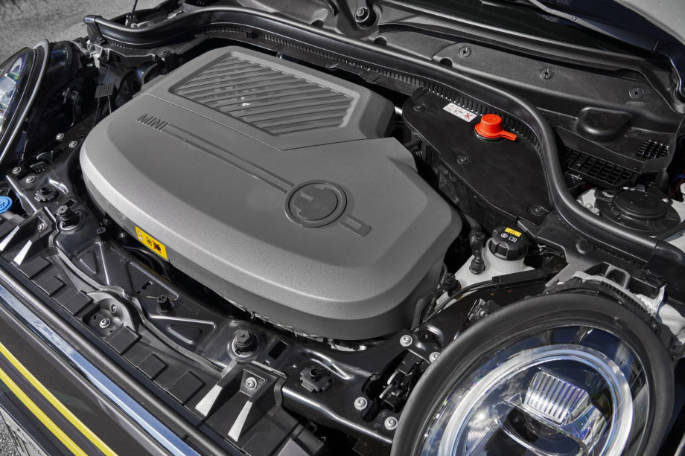 Unless you really need the moonroof, the base Signature model is the best buy and reinforces the value proposition of the Cooper SE. 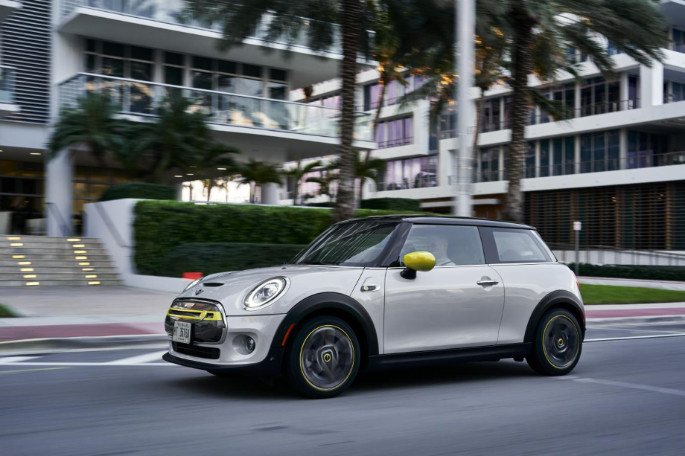 EVs with lots of range tend to be significantly more expensive than the Mini Electric, although you also pay a bit more for a less mainstream brand. Still, some models that do as much as double this little Cooper’s range aren’t much more.

The Chevrolet Bolt has been around for a few years but received a range boost to 259 miles. It’s a practical, five-door hatchback that’s still reasonably small on the outside, but the styling and interior quality don’t hold a candle to the Mini.

The Hyundai Ioniq Electric also just received a range boost for 2020 to closer to 200 miles, is priced like a mid-level Mini, and is more practical, but lacks driver appeal.

Kia's Niro EV is far more practical than the Mini, with an SUV-like shape and range well over 200 miles. It costs more, however, and isn’t known for a particularly rewarding driving experience.

Nissan's Leaf is compact and offers two versions with different ranges. The base model with 151 miles of range is well-priced and practical for up to five passengers. But the interior quality is lackluster.

Tesla's Model 3 is a formidable rival with a range over 230 miles (and over 300 in some cases) that has a premium feel like the Mini. But it’s priced more like a BMW model.

The Volkswagen e-Golf is about to be discontinued, and incentives on it aren’t as generous as they once were. But its range is similar to the Mini’s, with ample passenger space for four and hatchback versatility.

BMW's i3 shares some of the drivetrain as the Mini Cooper SE and has also been around for longer. It has two small rear doors to assist access and has a more upscale interior that feels roomier. But it’s significantly more expensive, and the interior technology is also showing its age.