The ongoing coronavirus pandemic has had a dramatic chilling effect on consumers’ travel plans for the summer, a recent survey by Autolist.com has found.

Nearly two-thirds of car shoppers -- 61 percent -- say they’ve canceled or significantly changed their summer travel plans as a result COVID-19, with worries about contracting the virus while traveling being cited as the biggest factor in their decision.

“Despite the phased reopening of dozens of states across the U.S., and months cooped up because of stay-at-home orders, it’s obvious that people remain wary of summer travel -- and justifiably so,” said Chase Disher, analyst at Autolist. “The great American road trip will need to take a summer off.”

Autolist.com surveyed 1,182 current car shoppers for a month starting Memorial Day weekend. Respondents were asked if and how the coronavirus pandemic had changed their travel plans this summer. 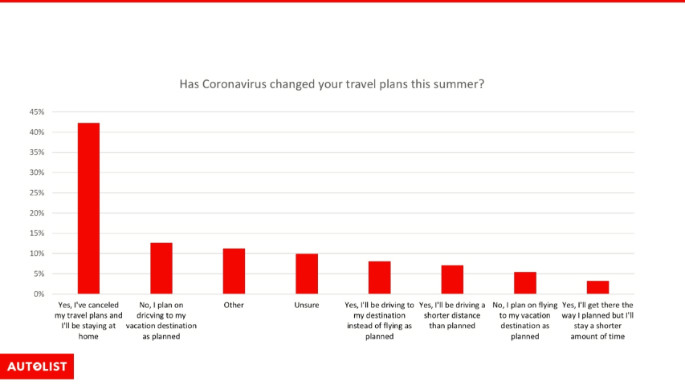 The most popular response -- by a wide margin -- was ‘I’ve canceled my trip and I’ll be vacationing at home.’ Forty-two percent of respondents said this was how the ongoing COVID-19 pandemic affected their travel plans.

Another eight percent of consumers said they had canceled their original plans to fly and would be driving to their destination instead.

Seven percent of respondents said they planned on driving a shorter distance than originally planned, due to concerns about coronavirus.

And another three percent said they would be staying at their planned destination for a shorter amount of time than originally planned. 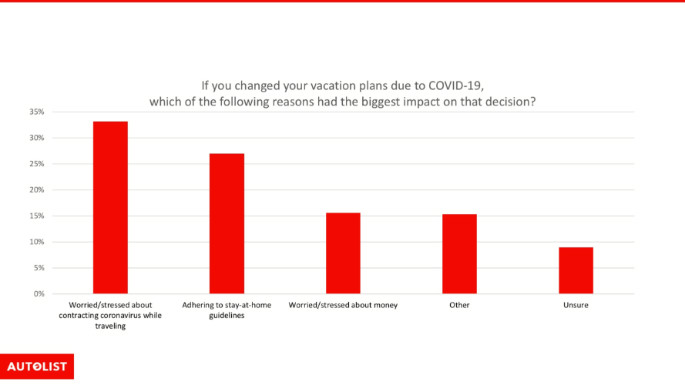 So what’s keeping people from their original travel plans? A full third of consumers (33 percent) said the biggest reason they changed their plans was that they were worried about contracting coronavirus while they traveled.

Another 27 percent of respondents said they changed their plans because of stay-at-home guidelines in their communities.

Concern about finances was the reason 16 percent of people decided to stay home; another 15 percent said ‘Other’ and nine percent said ‘Unsure.’ 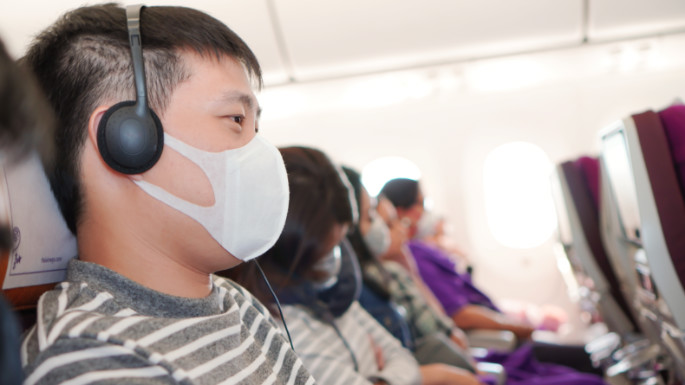 A final 10 percent of consumers said they were unsure about their travel plans, with another 11 percent choosing ‘Other.’

At the time of publication, the U.S. has recorded more than 2.3 million cases of coronavirus and 120,128 deaths. Cases are on the rise in 23 states, with a 20 percent surge in new cases nationwide in the past two weeks.

Those wary of the traditional American road trip have good reason to be cautious. A recent study by PolicyLab at Children’s Hospital of Philadelphia found that the virus was spreading along major corridors of freeways throughout the U.S., including I-10 and I-5 in California, I-85 in the south, and I-95 in the Northeast.

Autolist will continue to survey car shoppers throughout the coronavirus crisis and after it, to gauge its impact on the auto industry and the economy as a whole. We will publish future surveys regularly throughout 2020.