The Nissan Rogue was introduced in 2008 to compete in the compact crossover SUV segment, particularly the Honda CR-V and Toyota RAV4, both of which had been on the market for ten years. Since its introduction, the Rogue has continued to increase in popularity, becoming the company's best-selling vehicle in the US. 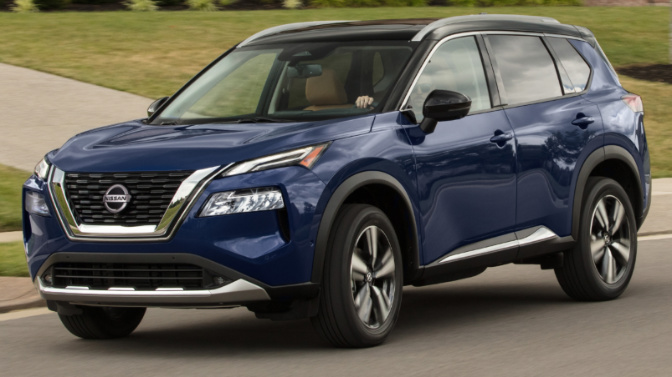 The 2021 Nissan Rogue was redesigned for 2021, with sales beginning in late 2020. Using a modified version of the previous model's underpinnings, the 2021 Rogue was also about the same size – inside and out – as the previous generation. That included interior cargo space and passenger space, as well as overall length and width.

The base engine is a new 181 horsepower, 2.5-liter four-cylinder engine, again paired with a continuously variable transmission (CVT). Front-wheel-drive is standard, while all-wheel-drive was optional. The gasoline-electric hybrid engine option for the Rogue was discontinued. Other additions standard on the 2021 model included cloth upholstery, Apple CarPlay connectivity, and an 8-inch infotainment screen. 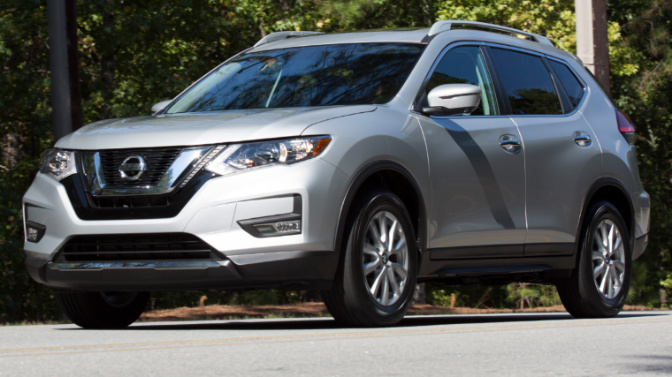 The second generation of the Rogue was released in the US for 2014. While based on the Nissan X-Trail model sold in other parts of the world, the 2014 Rogue was completely redesigned from the first generation and now produced at Nissan's facility in Tennessee. Significant changes to this new generation included a sleek new body, an increase of cargo volume by ten cubic feet for a total of 70 cubic feet, reclining second-row seats with 40/20/40 split-folding, and an option for a third row of seating, an unusual feature among compact SUVs.

All of these changes were accomplished without significant increases in the Rogue's size or weight. Additional features added to standard models included stability and traction control, a rearview camera, power steering, and four-wheel independent suspension. The powertrain also received a slight modification with a next-generation continuously variable transmission. Unchanged for 2015, the 2016 Rogue gained the NissanConnect navigation system for the top SL trim, while Apple Siri Eyes Free and a collision mitigation system with automatic emergency braking became options for all models.

The 2017 Rogue gained minor stylistic changes, namely new taillamps and headlamps, and it brought LED daytime running lamps standard to all trim levels and upgraded leather upholstery on SL models. This year also brought a few new variations to the Rogue family. A gasoline-electric hybrid option was introduced with a 2.0-liter, four-cylinder gasoline engine mated to an electric motor using a lithium-ion for a combined rating of 176 horsepower. The Rogue One Star Wars Limited Edition model was also released, featuring exclusive exterior graphics and emblems, a Bose audio system, and a panoramic moonroof. Only 5,000 units of this model were produced, and they were all based on the mid-grade SV trim.

The 2018 Rogue received a technology upgrade, increasing the touchscreen display from five to seven inches and included Bluetooth, Apple CarPlay and Android Auto connectivity as standard. All models received standard automatic emergency braking, blind-spot warning, and rear cross-traffic alert. Nissan dropped the rarely-ordered third-row seat option by 2019, but few other changes were made in the run-up to a new Rogue. 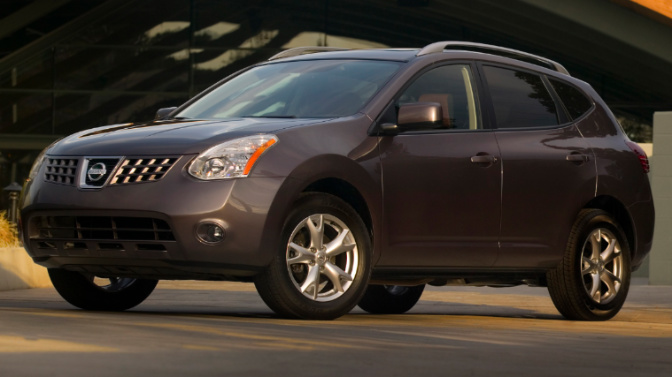 The Rogue debuted for 2008 and was based on the Sentra sedan. Produced in Japan, it joined the Murano as Nissan's second car-based SUV and a direct rival for other compact SUVs. Front-wheel-drive, a 170 horsepower, 2.5-liter four-cylinder engine, and a continuously variable transmission were standard on this first-generation model. All-wheel-drive was available as an option.

The Rogue was launched in three trim levels: the base S, SV, and the SL. The S model came with standard features such as anti-lock brakes, cruise control, power windows, locks, mirrors, and an audio system with four speakers and an auxiliary jack. Standard safety features include electronic brake-force distribution, traction control, and anti-skid control.

A 2011 update brought about some cosmetic redesigns, including the fascia, grille, front and rear spoilers, and new central dashboard design. The SV trim added an optional SL package with leather upholstery, a touchscreen navigation system, and 18-inch alloy wheels. The 2012 model year added new wheel designs, a sport mode for the transmission,

While a second-generation Rogue was introduced for 2014, the original model remained on sale as the Rogue Select through 2015. The Rogue Select only came in the base S trim level with few options as it was offered as a less expensive model to the standard Rogue and as a model for rental fleets.