The Subaru Ascent is an all-new model the brand launched in 2018 for the 2019 model year. It’s a three-row, family crossover that can seat seven or eight passengers, depending on which model you choose.

The Ascent sits at the top of Subaru’s lineup of vehicles; it’s larger than the Outback wagon, the Forester crossover and everything else in the automaker’s lineup, though the Ascent shares a platform with most of them. 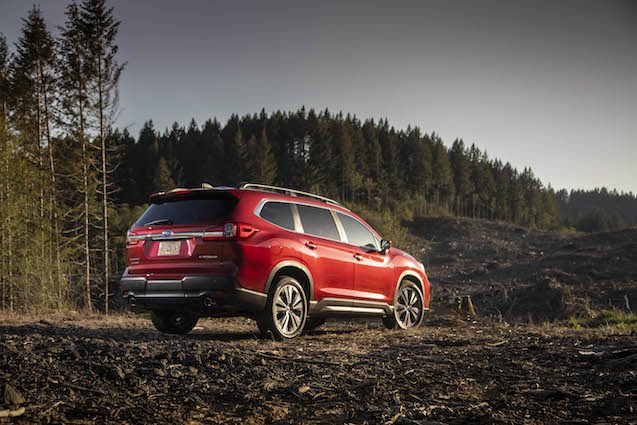 All Ascent models come with a single engine choice: a 2.4-liter, turbocharged four-cylinder horizontally opposed engine that makes 260 horsepower and 277 pound-feet of torque. This engine is paired with a CVT automatic gearbox and permanent all-wheel drive. 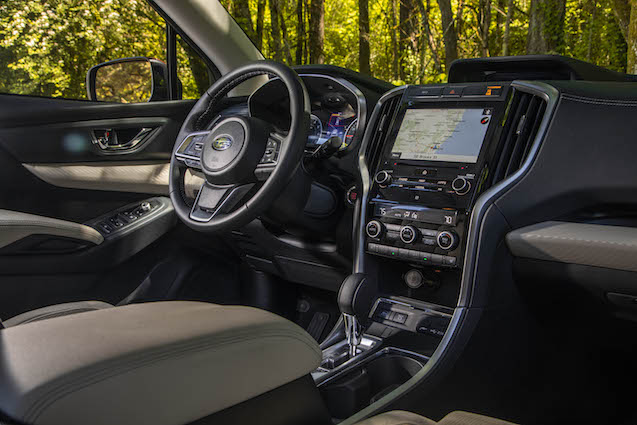 TLDR: Room for everything, safe as a safe, useful infotainment system

Space for life. Subaru did an excellent job thinking through the Ascent’s interior and how owners will use it. There’s plenty of head and legroom for adults in all three rows (though the third row is a little narrow), the seats move and slide and fold out of the way easily, there are a billion cupholders (OK,19), plus a deep console bin up front for purses or laptops and bins and cubbies for everything a family would need to store onboard. 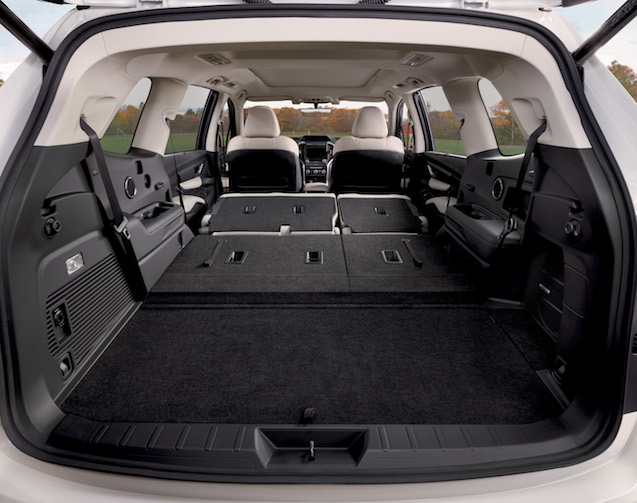 Infotainment system. The Ascent’s in-dash touchscreen setup was bright, intuitive and performed great during our week-long test. Other systems from rivals like Honda, Mazda, Ford and Chevy couldn’t match the Subaru’s savvy combination of these three attributes.

Safety. Subaru garnered a coveted Top Safety Pick Plus designation from the IIHS -- the independent agency’s highest safety rating (and something none of its rivals achieved for 2019). All models come standard with Subaru’s EyeSight suite of active safety tech; it includes adaptive cruise control, pre-collision braking, lane-departure warning and lane-keep assist.

Powertrain. Subaru is one of the few brands in this three-row crossover segment to use a turbocharged four-cylinder engine instead of a V6. Honestly, we’d prefer a V6. The Ascent turbo engine and its CVT gearbox made for an uninspired combination; we were left wanting either a real automatic transmission with gears or a V6 (or both).

Style. Or lack thereof. Subarus have never been great in the styling department, so the homely looks of this Ascent shouldn’t be a surprise. It’s not ugly, but it’s certainly more of a rugged hiking boot compared to the sleek, refined style of rivals like the Mazda CX-9, the Chevy Traverse or even the Honda Pilot.

Road noise. We generally found the Ascent’s interior to be comfy, but on freeway drives there was too much road noise seeping into the cabin for our taste. 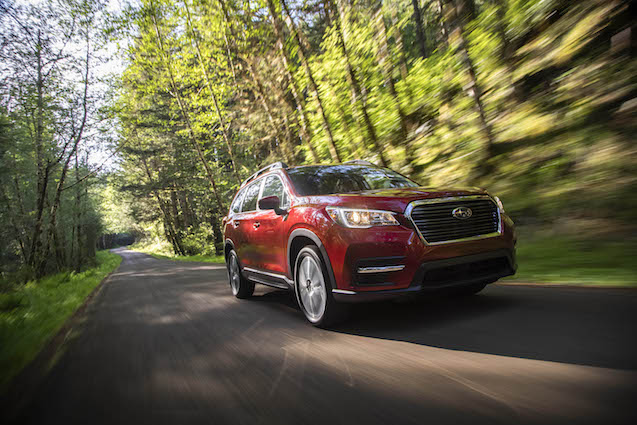 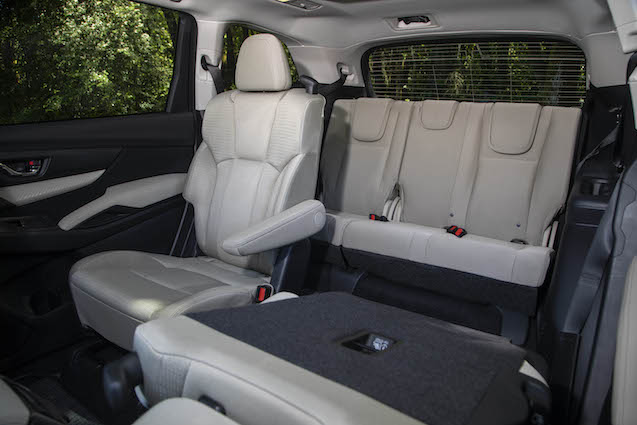 The base Ascent starts at $32,970, including destination.

The Premium starts at $35,170 and adds to the Base model 4G LTE WiFi connectivity, power driver’s seat, heated front seats, middle-row climate control buttons, an eight-inch touchscreen for the infotainment system, blind-spot detection, rear cross-traffic alert and a leather-wrapped steering wheel. It also gives buyers the option of swapping out the middle bench seat for a second-row captain’s chairs.

The Premium is the model we would buy, and then we’d add the (expensive but worth it) 7-Passenger Sporty Package. For $4,260, it adds the middle-row captain’s chairs, a panoramic moonroof, power liftgate, keyless entry, automatic reverse braking, 20-inch wheels and Subaru’s touchscreen navigation system. That’s a fully-loaded family hauler for a tick under $40,000.

Next is the Limited model. It starts at $39,970 and has basically all of the aforementioned options as standard equipment, except it subtracts the panoramic moonroof and navigation system and instead adds leather seats, heated middle-row seats, a heated steering wheel, and power front seats. This is also a favorite trim of ours, but we like the panoramic moonroof setup on the previous trim level better.

The Ascent is in one of the largest and most competitive crossover segments in the industry: the three-row, family hauler. While we recommend the Ascent, there are also several compelling rivals you should look into.