But would we buy it? Yep! 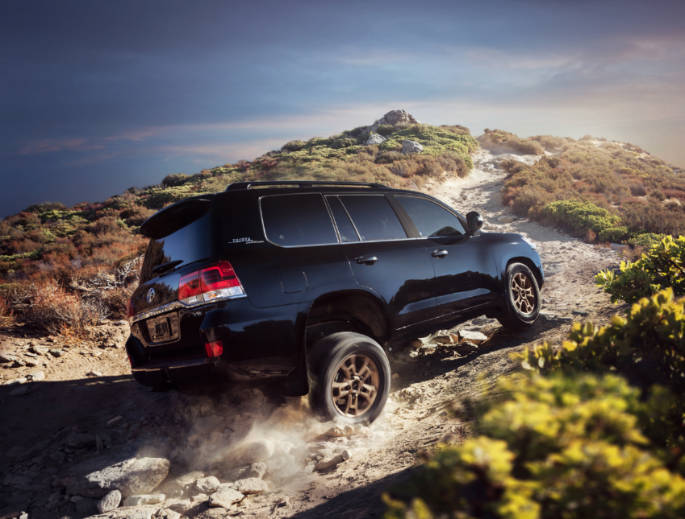 The Land Cruiser is a four-door, eight-passenger, full-size SUV that competes with the likes of the Chevrolet Suburban and Tahoe, Ford Expedition, Nissan Armada, and Infiniti QX80.

The Land Cruiser is one of Toyota’s longest-running models and is known the world over for its nearly unstoppable off-road abilities. It has become more user-friendly over the years, adding additional creature comforts and luxurious trimmings, but its roots as a go-anywhere utility vehicle are still apparent after a short time behind the wheel.

Toyota hasn’t done much to update the Land Cruiser for 2020, but it didn’t need to, as the people who are buying it aren’t after the latest and greatest in tech. Finding even a heavily used Toyota Land Cruiser for sale is difficult to do for a reasonable price, and any that are sitting on dealership lots command top dollar.

There’s one powertrain option, a 5.7-liter V-8 with 381 horsepower that puts power down through an eight-speed automatic transmission and full-time four-wheel drive. The Land Cruiser's 8,100-pound towing capacity, cavernous cargo area, and unbelievable four-wheel drive abilities make it great for buyers looking for the ultimate SUV.

The Land Cruiser sits atop Toyota’s SUV lineup, with the Sequoia and 4Runner rounding out the SUV range, and the Highlander, RAV4, HR-V making up the crossover lineup. The Land Cruiser also shares most of its underpinnings and powertrain with the Lexus LX570.

Reliability: There’s a reason why even the oldest Land Cruisers with well over 100,000 miles are still relatively expensive: They just work. Land Cruisers are among the longest-lasting vehicles on the road and are so overbuilt that they can handle nearly anything that comes their way. Take a look at new footage from any remote country with rough terrain, and you'll surely see the Land Cruiser hauling people and equipment where other vehicles can't. 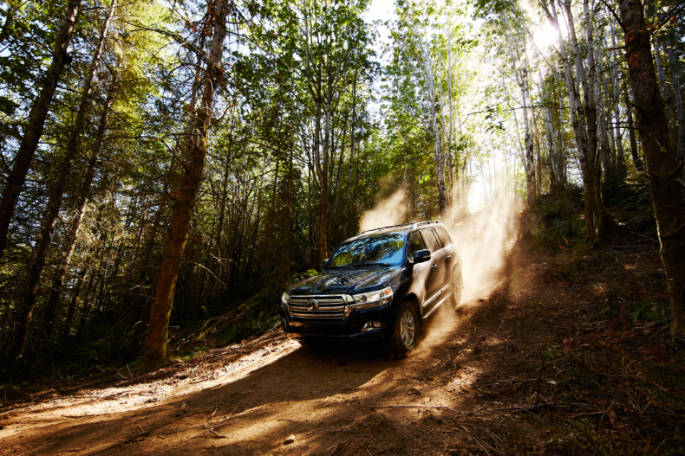 Off-Road Ability: It’s probably true that even the most enthusiastic Land Cruiser buyer won’t use the vehicle to its fullest ability, but that doesn’t change the fact that it’s one of the most capable off-roaders on the market today. Full-time four-wheel drive and the ability to tackle seriously difficult terrain make the Land Cruiser a top pick for anyone wanting a comfortable vehicle with legitimate chops.

Interior: A step inside the Land Cruiser’s interior and two things become clear: First, the cabin feels every bit like one that would and should come with a vehicle that costs over $85,000. Second, there’s nothing to indicate that underneath you sits one of the world’s most capable off-road vehicles. The seats are supremely comfortable, the styling is clean, materials are high-quality, and construction is top-notch.

TLDR: The Land Cruiser is missing the newest entertainment tech, gets terrible fuel economy, and is absurdly expensive

Dated Technology: The sky-high price tag buys a JBL stereo, an 8.0-inch touchscreen with navigation, and a boatload of off-road equipment, but it doesn’t include Apple CarPlay or Android Auto. Toyota’s Entune infotainment system is dated and clunky at its best, but at least the stereo sounds great. Toyota also endowed the Land Cruiser with its latest Toyota Safety Sense equipment, which brings radar cruise control, auto high beams, and more. 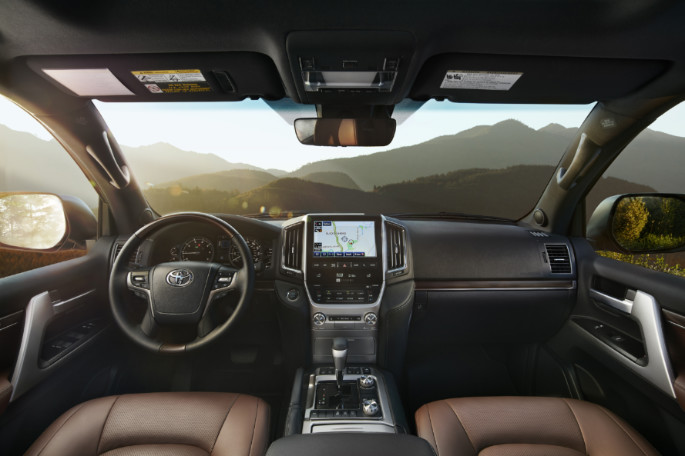 Terrible Fuel Economy: There are no surprises here. The Land Cruiser is a big vehicle with an old-school V-8 under the hood. Add in full-time four-wheel drive, and there’s a recipe for disappointing fuel economy. The big Toyota has a range of almost 450 miles, but that’s because it has a fuel tank that can hold 25 gallons. It burns through all of that fuel at a disastrous rate, hitting 13/18/15 mpg city/highway/combined.

Pricey: The Land Cruiser is multiple times more expensive than next most costly Toyota vehicle available and even costs thousands more than rivals from Ford, Chevy and Infiniti. Is it worth it? To some it might be, as an understated luxury vehicle, but many people will have a problem shelling out almost $90,000 for a Toyota. It's almost as expensive as the nearly identical Lexus LX 570. 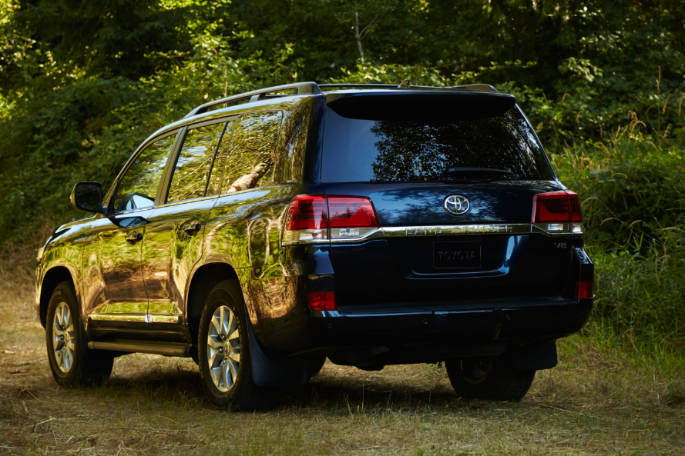 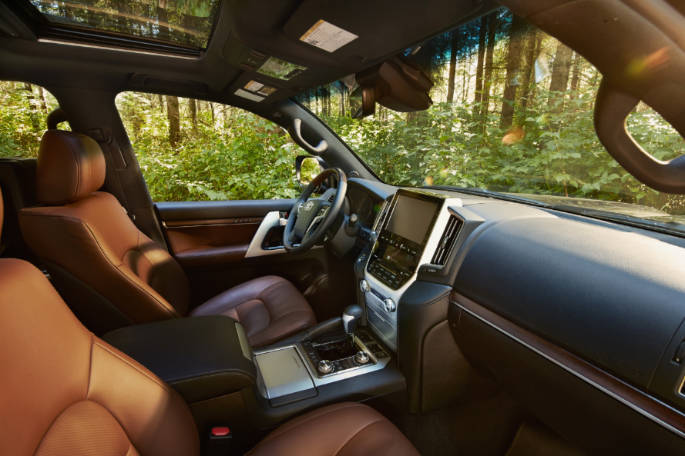 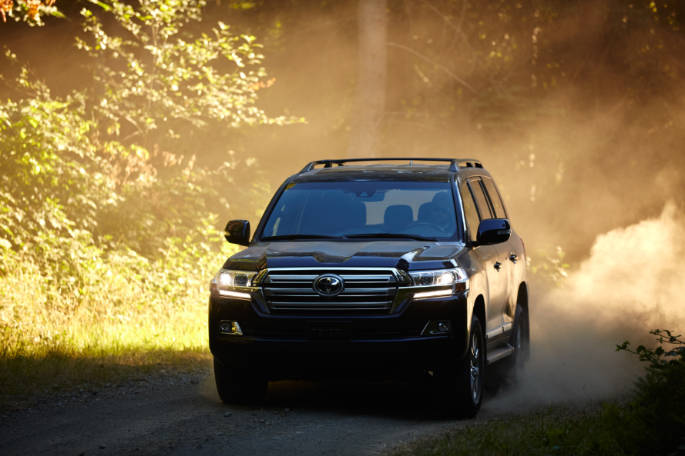 There’s also the 2020 Land Cruiser Heritage Edition. For a base price of $87,645 plus destination, this iteration adds unique 18-inch bronze BBS rims, cuts the seating down to five passengers (no third row), upgrades the infotainment system to a bigger screen, and adds various badging and trim upgrades inside and out.

If you’re shopping for a Land Cruiser, stick to the basics. The Toyota comes stacked with almost any option you will ever need, and a couple of tablets will do just as well as the very expensive rear-seat entertainment package. The high base price may turn some people off, but the big value proposition with a Land Cruiser is that it will last forever with low maintenance costs. 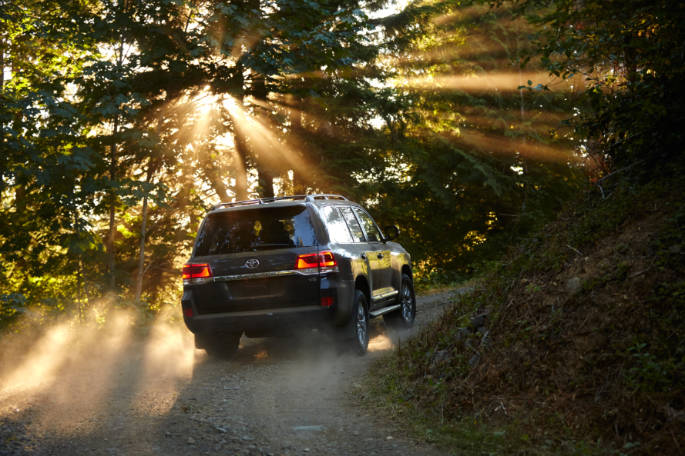 The Infiniti QX80 is quite a bit less expensive and has some of the newer tech that the Land Cruiser omits. The QX80’s interior is also nicer (it gets a sizable upgrade for 2020), but the truth is that both SUVs are in need of an overhaul. The Infiniti is also closest to the Land Cruiser's fuel economy, which is to say it's not very good on gas.

The Lexus LX is basically a Land Cruiser wearing fancier clothes. There’s no performance or capability benefit to paying a few thousand dollars more, but you do get some nicer trim pieces and a much more aggressive exterior design.

The Mercedes-Benz G-Class is stuck in another time, but the price tag is totally modern. It starts around $125,000 and has some of the blockiest, most utilitarian looks of any vehicle on the road.

Luxury shoppers might also consider the BMW X7, Lincoln Navigator, or Cadillac Escalade, but both are significantly more expensive and lack the off-road credentials that the Land Cruiser has. With the Land Cruiser's longevity, buyers may also find themselves shopping new models against ones from a few years ago.