Would we buy one? Yep! It adds a nice level of refinement and style to what's essentially a RAV4 Hybrid underneath.

Powertrain: The 2021 Toyota Venza is powered by a 2.5-liter four-cylinder engine paired with an 88 kW electric motor.

An electronically controlled continuously variable transmission and all-wheel-drive are standard. 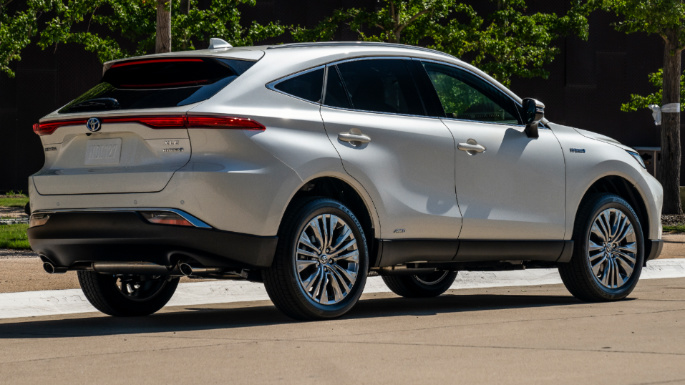 After six model years off the market, the Toyota Venza name returns to the automaker's lineup, this time in a more traditional crossover shape. The new 2021 Venza also offers a generous list of equipment. It's similar to the Toyota RAV4 Hybrid compact SUV in some ways but has an upscale feel like some larger Toyota Highlander models.

Buyers can have the Venza with any engine set up, as long as that way comes with a gas-electric hybrid powertrain and all-wheel-drive. The line is powered solely by a 2.5-liter four-cylinder engine and an 88 kW electric motor that combine for 219 total system horsepower. All-wheel drive is standard, partially powered by the electric motor. The rear wheels are spun by battery power, while the gas engine powers the front wheels.

The Toyota Venza is aimed at new car buyers who want a midsize, upscale SUV and are also interested in a hybrid's greater efficiency. It competes with the Chevrolet Blazer, Ford Escape, Ford Edge, Nissan Murano, Honda Passport, Hyundai Santa Fe, and more.

Worlds away from the vehicle that preceded it, both in terms of tech and styling, the Venza's $33,590 base price buys a well-equipped vehicle. It's decidedly upscale and could easily be a Lexus with just a switch of the badge on the hood. The result is a competitive vehicle that packs a luxurious interior and loads of new technology. 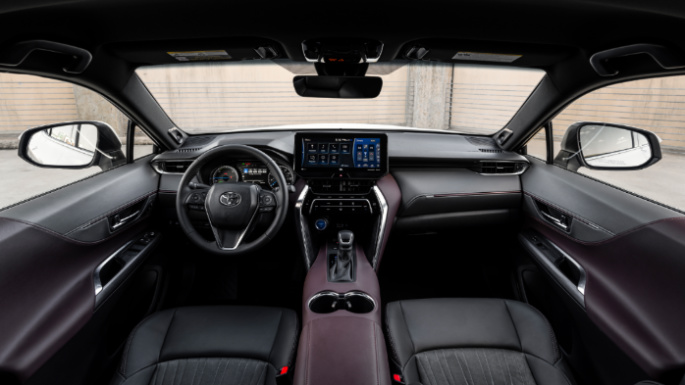 The 2021 Venza hasn't yet been tested by the Insurance Institute for Highway Safety for crash protection because it's a very new model. 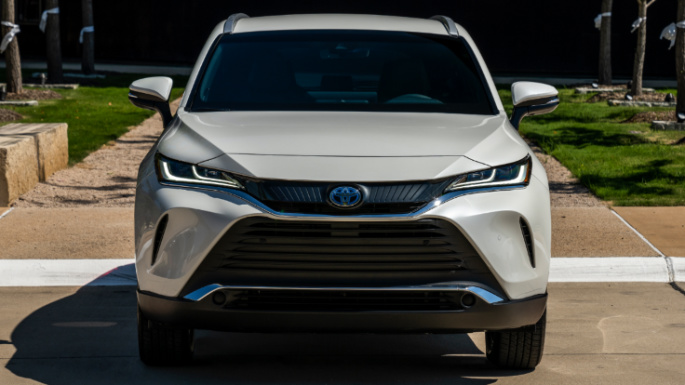 The Venza's biggest problem is its price tag, which can stretch to over $40,000 in the range-topping Limited trim. While it starts at a reasonable price, it can't compete with the capability of two-row rivals like the Honda Passport or even Subaru Outback. An advanced powertrain, AWD, and safety tech indeed command respect from a price perspective, but the Venza's space and power limitations put it just out of reach of being great.

Toyota's move to offer every Venza model as a hybrid and every one of them with all-wheel-drive is great for buyers, as it's a commonly selected option and usually imposes a fuel economy penalty. Those two options alone account for thousands of dollars on top of a similar vehicle's base price from almost every other manufacturer, so Toyota's decision to male them standard is a big win for buyers.

If it were our money on the line for a new Venza today, we'd opt for the XLE trim. It features many of the best comfort, tech, and safety options at a price that lands a few thousand dollars less than its Limited counterpart. That said, the top-of-the-line Venza Limited could be considered a bargain when compared against luxury rivals from Lexus and others from Germany. It's got many of the best features that the luxury brands carry, and its standard hybrid powertrain with all-wheel drive adds considerable value. Most automakers charge thousands for the upgrade to just one of those features, so the ability to have both in one vehicle for zero extra cash is a significant benefit for buyers.

It's challenging to find an accurate target market for the Venza because of its price, smaller relative size, and relatively small capabilities. That puts it in an awkward spot in the market, where it's forced to compete with vehicles that have more focused performance, off-road abilities, towing, and other functions that people want in an SUV. 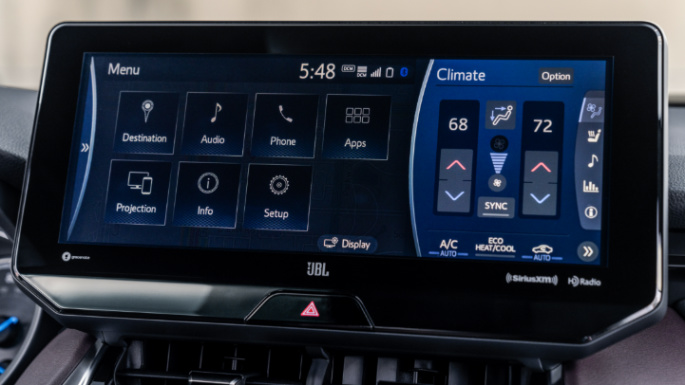 In recent years, Toyota has made several improvements to its infotainment software to the point that it's almost unrecognizable to the clunky, outdated system seen for several years prior. The newest version runs well on the Venza's 12.3-inch screen and is bright, easily legible, and responsive. Many users will opt to use Android Auto or Apple CarPlay, but the overhaul is a welcome change. 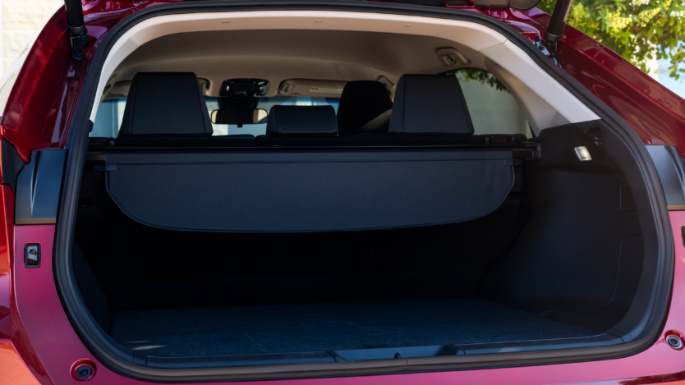 With the back seats folded up, the Venza sports 28.8 cubic feet of cargo space. That's less than the RAV4 and continues to fall short with seats folded down, where it jumps to 55.1 cubic feet.

Front headroom lands at 38.6 inches, and rear headroom lands at 39 inches. Legroom is 40.9 inches up front and 37.8 inches in back. Those dimensions are respectable, especially considering the Venza's low roofline and relatively small exterior dimensions overall. Despite that, tall passengers won't feel the love in the back seat, especially with the panoramic glass roof optioned.

Standard all-wheel-drive makes the Venza much more usable year-round for a large portion of drivers in inclement weather. Not only does the hybrid system mean fewer trips to the gas station, but it also makes driving the Venza long distances much more pleasant. Yet the Venza lacks a more sophisticated all-wheel-drive system that would make off-road driving possible. 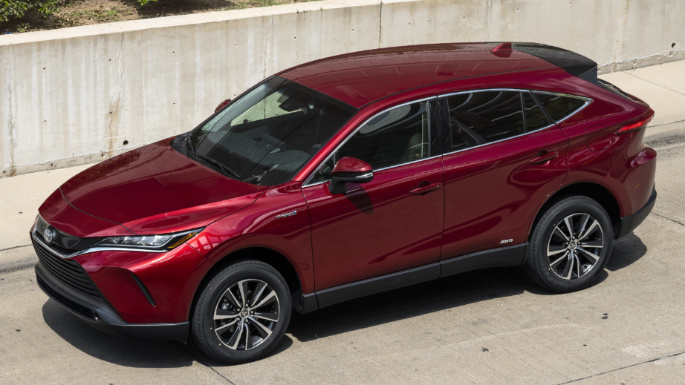 The previous Venza's styling had few fans. It was an awkward shape that was sharp in some places, frumpy in others, and odd all around. This new Venza represents a massive step forward for the nameplate's styling. The crossover features a low, sweeping roof that gives it a sleek and ultra-stylish stance. The rear styling is in the same fashion, with chrome trim and narrower taillights than have been seen in other Toyota crossovers.

Inside, the Toyota's cabin is upscale most of the way. The center stack and console are filled with tech goodies, and the dramatic styling matches the Venza's sweeping exterior shape. Though the larger touchscreen can fill the blank space in the dash, its positioning makes it easily visible. Toyota did a reasonable job of tastefully integrating it into its surroundings.

Despite its luxury aspirations, there are a few low-rent areas in the Venza's cabin. There is no leather option available, as the seats in all models come covered in cloth, SofTex synthetic leather, or a mix of both. That's on top of the fact that the front seats are only eight-way adjustable.
Though not terrible, visibility is not a strong point for the Venza. The sweeping roofline, high beltline, and long hood can make it difficult for drivers, especially shorter ones, to get a good glance at what's happening around the vehicle. Standard blind-spot monitoring makes the driving experience much less stressful in this regard, and the available bird' s-eye view camera system makes parking the Venza a breeze. The vehicle's compact dimensions don't hurt, either. 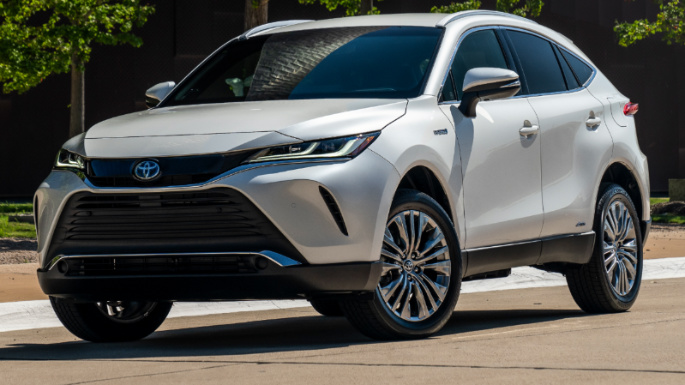 Toyota did an excellent job with the Venza's powertrain, as it delivers decent power and fuel economy, but nothing is stunning about the Venza's ride or acceleration. A run from 0-60 mph takes around seven seconds, which is in line with the rest of its class.

At times, acceleration feels softer than it is, thanks to a transmission that can sometimes be slow to prompt the powertrain for power. That said, the system is otherwise smooth and helps keep the engine where it needs to deliver the best fuel economy. It's without question the whole system is designed for efficiency over power delivery.

Braking feel is stable and predictable, even with regenerative braking on board. The overly aggressive and grabby feeling that many hybrids exhibit is not present here and the Venza feels secure and confident under braking. Steering is similarly predictable, and though it's a bit lighter than many drivers are probably used to, there's enough heft to keep the vehicle straight on the highway with little to no effort. Like other Toyota hybrids, the Venza uses a predictive driving system that can use the navigation system to learn regularly traveled routes and direct the driver to take the most efficient path. The system generates an Eco score that rates how well the driver performed in efficient braking, acceleration, and other areas. There's little surprise that it encourages gentle acceleration in nearly all situations.

There are few words to describe the Venza's ride other than pleasant. It's tuned for comfort and handles the worst roads with relative ease. That makes it feel a bit softer than RAV4, despite carrying many of the same suspension components. Even so, the ride is controlled and confidence-inspiring in nearly all situations, though the Venza is much more at home as a cruiser than it is as a canyon-carving enthusiast's ride. 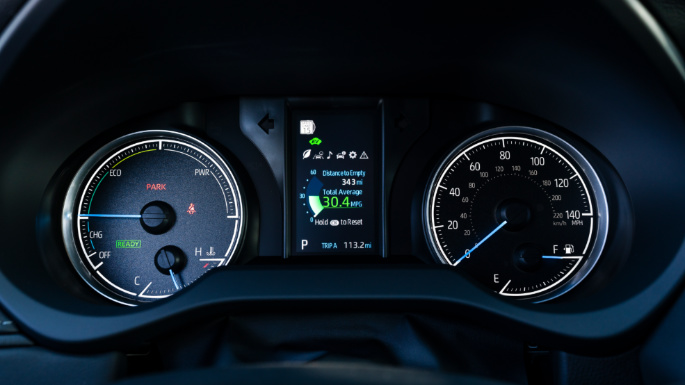 Those are respectable fuel economy numbers, but some may prefer the driving dynamics and more engaging power that a vehicle like the plug-in RAV4 Prime delivers. Regarding how it compares to the competition, the Venza is one of the most efficient crossovers that isn't a pure electric model. 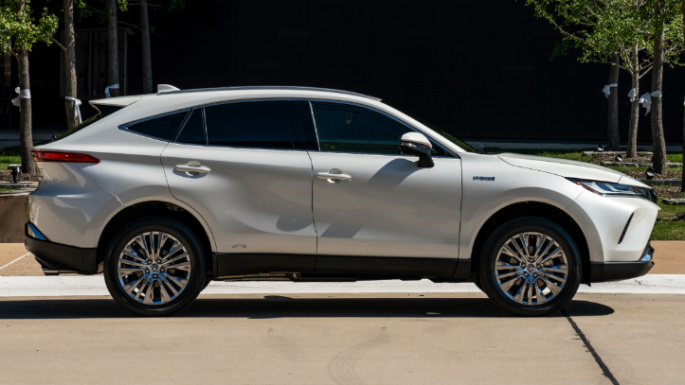 The range-topping Toyota Venza Limited has a starting price of $40,975 and comes standard with a digital rearview mirror, a bird's-eye view camera with perimeter scan, a heated steering wheel, perforated SofTex synthetic upholstery, heated and ventilated front seats, a 12.3-inch touchscreen, a navigation system, and a nine-speaker JBL audio system with subwoofer. A panoramic glass roof is optional.

There aren't many options available, but accessories can be added.