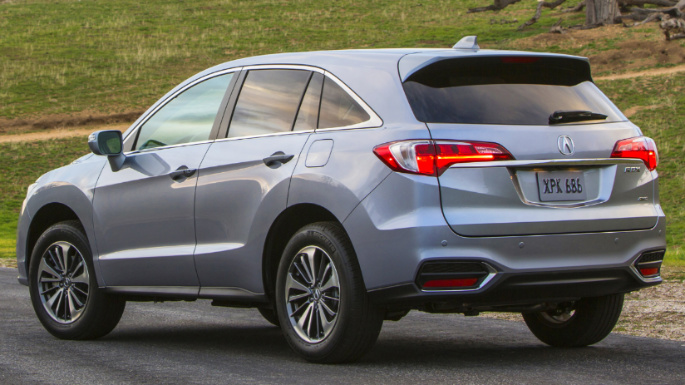 The Acura RDX is a compact luxury crossover that seats five people. Its tall ride height and large cargo area make it more versatile than a sedan, while a soft suspension and a quiet, spacious interior give the RDX a more comfort-focused feel than many competing small SUVs. It's an excellent choice for families seeking a more relaxing vehicle than the average options and drivers who prefer comfort and technology over fast acceleration and sporty handling.

After a significant update for 2016 that included a revised exterior design and a slight horsepower increase, the 2017 model year RDX received no significant changes. 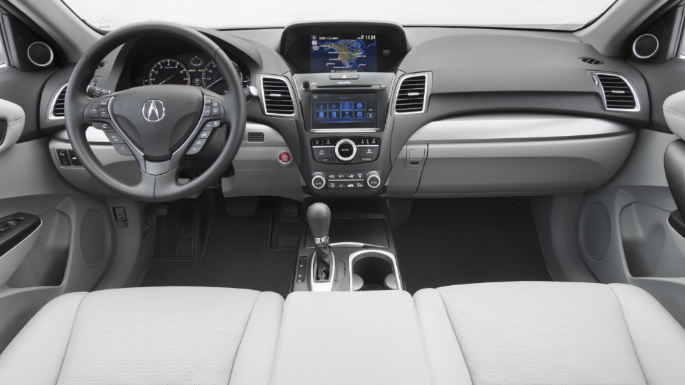 The Technology Package includes blind-spot monitoring and rear cross-traffic alert, and the two uppermost trim levels come with all of the features above. Front and rear parking sensors come only on the Advance trim.

As one of the foremost safety-testing outfits in the nation, the Insurance Institute for Highway Safety tests vehicles based on categories like crashworthiness, crash avoidance technologies, and the user-friendliness of the child seat anchors. On trims with the AcuraWatch Plus safety equipment, the IIHS awarded the 2017 Acura RDX its prestigious 'Top Safety Pick Plus' designation. That meant that the RDX, when equipped with available forward-collision mitigation technology, performed well in all testing categories.

The other major testing organization, NHTSA (National Highway Traffic Safety Administration), gave the Acura RDX five out of five stars overall. The RDX scored a five out of five in all but one of the eleven subcategories -- the rollover test, in which it scored a still-commendable four. 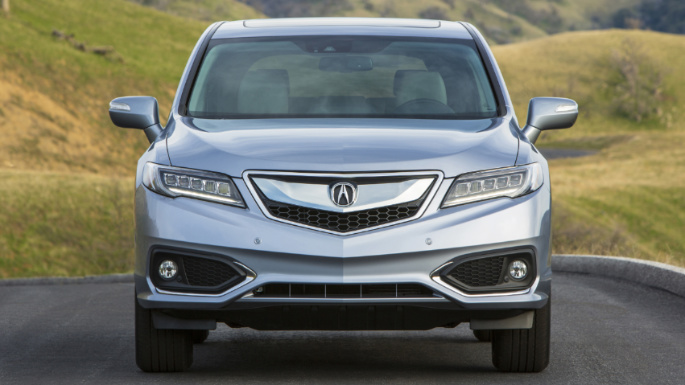 Taking a step back from the details and looking at what one gets for their money, the 2017 Acura RDX seems to be an excellent value proposition. Its starting price is thousands of dollars lower than many competitors. It looks modern, with bright automatic LED lights and a power liftgate, and the standard V6 provides very good power. The cabin is large and packed with rare standard features like heated front seats and driver's seat memory. The base 5-inch infotainment screen is a bit small compared to rivals, though. The seats are very comfortable, and the RDX has a quiet ride.

Acura's six-year/70,000-mile powertrain warranty is one of the lengthiest of any compact luxury SUV, with four years or 50,000 miles of bumper-to-bumper coverage and roadside assistance. 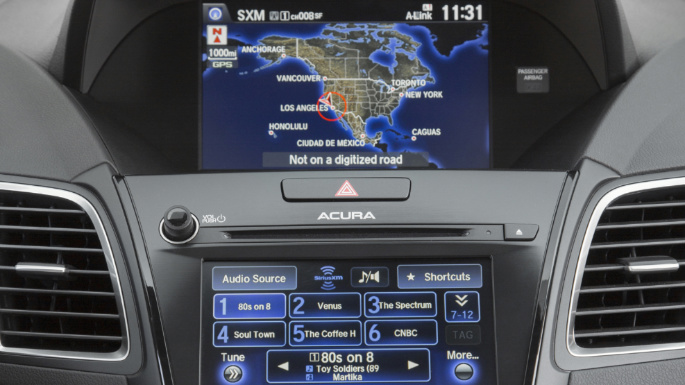 Acura is well-known for infusing great tech features into their models, and the RDX is no exception. The infotainment screen is built into the dashboard's top, protected from sun glare by a hood. A 5-inch display comes standard, and it is small and not touch-sensitive. Instead, users must control it using a dash-mounted selector wheel. Placing the wheel on the dash and not between the front seats can cause arm strain and makes one wish for a touchscreen, but the system works well enough, with intuitive, quick-responding menu screens. The Technology and Advance trims come with a dual-screen setup, which is slightly complicated to use at first but is much more visually appealing than the base system. An 8-inch display replaces the five-inch one, and beneath it, an 8-inch touchscreen serves as another way to access functions such as audio and climate control. The wheel is still there, but the two screens work in tandem, making infotainment easier to navigate and to display multiple menus at once. 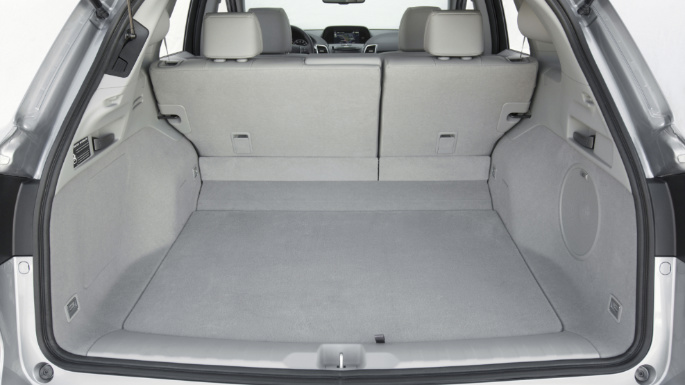 As a car-based crossover with a similar design to the Honda CR-V, the Acura RDX is a practical choice with some of the best interior storage in its class. There are front and rear cupholders, a covered center console bin, a mini overhead console, a concealed storage tray under the cargo area, and door bins for bottles and other items.

The RDX lacks the rugged strength of body-on-frame SUVs and even other crossovers. Towing capacity is 1,500 pounds, which isn't much in a category where others often can manage 3,500 pounds or more. It takes away from the RDX's practicality as a do-it-all hauler.

Cargo space is 26.1 cubic feet, which is good. Folding down the split-folding rear seat expands the cargo space to 61.3 cubic feet. Acura offers a dealer-installed all-weather cargo tray, a cargo cover, and a cargo net. Roof attachments for skis, snowboards, or surfboards are also available. 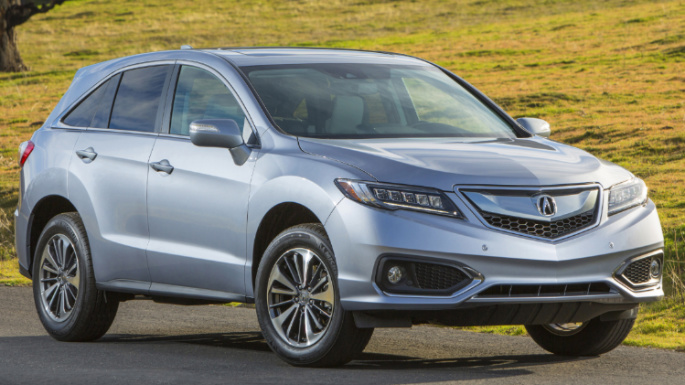 The RDX's cabin is reminiscent of the larger Acura MDX SUV, as well as Acura sedans like the ILX and TLX. The cascading dashboard, large controls, and well-padded touchpoints give the RDX a modern and upscale appeal while also making it straightforward and user-friendly to operate. Leatherette is the standard upholstery type, and upper trims come with leather/leatherette seating. Heated front seats come included. The driver's seat has ten ways of power adjustment, including lumbar plus two memory settings, while the passenger seat can move eight ways. The front seats are sporty, with pronounced side bolsters that significantly improve support, and the RDX has some of the most comfortable seats in the segment. There is plenty of passenger space in both rows.

Rivals like the Jaguar F-Pace and BMW X3 have sportier and more driver-focused interiors to match their enhanced driving performance. The RDX remains firmly on the other end of the category, with a similarly plush feel to models like the Buick Envision, Cadillac XT5, and Mercedes-Benz GLC.

The exterior of the 2017 RDX is significantly sportier, thanks to a redesign in 2016. Somewhat resembling a smaller MDX, it has a sporty style that is also quite elegant. The attractive LED headlights and 18-inch alloy wheels are standard across the lineup. 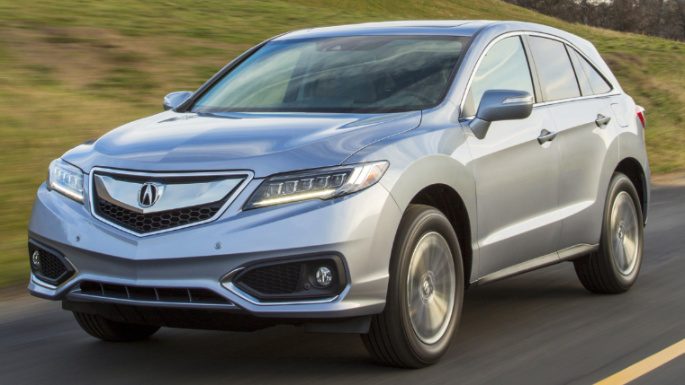 Acceleration is strong, thanks to the RDX's standard V6 engine. With 279 horsepower on tap, power is readily available in any driving situation. The six-speed transmission is just as smooth, doling out the engine's power with silky efficiency. Ride and handling are nicely balanced. Rivals like the BMW X3, Audi Q5, and Mercedes-Benz GLC have sportier handling, available high-performance engines, and race-inspired technology, making them much more fun to drive. Nonetheless, the RDX has a MacPherson strut front suspension and independent multi-link rear suspension similar to that of many luxury sedans, giving it secure and car-like handling.

The RDX has a quiet ride, thanks to the quiet powertrain and insulated cabin, and the suspension soaks up road imperfections quite easily. Outward visibility is good as well. The AcuraWatch Plus Package adds driver safety aids that provide extra peace of mind. Tech like forward-collision warning monitors for potential obstacles and remains in the background, ready to alert the driver to brake when necessary. It will initiate the automatic emergency braking should things come too close to the RDX's front-end. The Technology Package features blind-spot monitoring and rear cross-traffic alert, helping drivers be more aware of other cars just out of their immediate view.

All-wheel-drive is available for an extra $1,500. The drivetrain is a front-wheel-based setup, remaining in front-wheel-drive most of the time. When the RDX senses a loss of traction, some of the engine's power is automatically re-routed to the rear wheels. The system isn't as sophisticated as in the larger MDX, however, nor the X3.

The RDX's cabin is a lovely place to be, with soft upholstery and an excellent two-tone interior color scheme. The technology doesn't overwhelm the driver, and the available ELS Studio audio system is one of the best in the category. The seats are superb, and there's plenty of space to stretch out and relax. 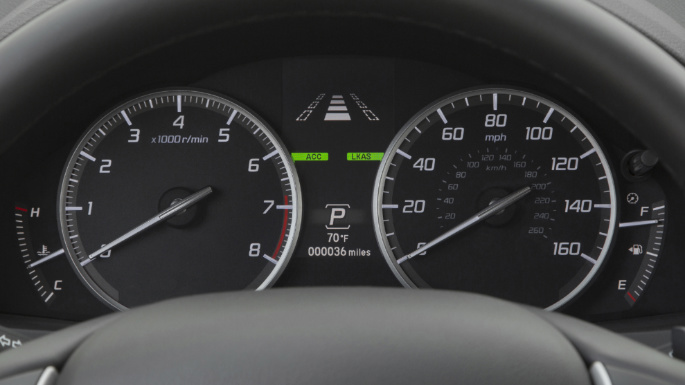 Fuel economy is one of those areas where the Acura RDX is just average. Fuel economy for the RDX FWD trims is an EPA-estimated 20/28/23 mpg city/highway/combined. The RDX AWD sees those numbers dip slightly, to 19/27/22 mpg. Those are typical figures for a compact luxury crossover, with rivals like the Audi Q5 and Cadillac XT5 getting 22 mpg overall, and the BMW X3 returning 24 mpg. One notable exception to the group is the Lexus NX; its optional hybrid powertrain gets an estimated 31 mpg combined.

The RDX takes premium unleaded fuel, which again is standard for a luxury SUV. It has a 16-gallon fuel tank. 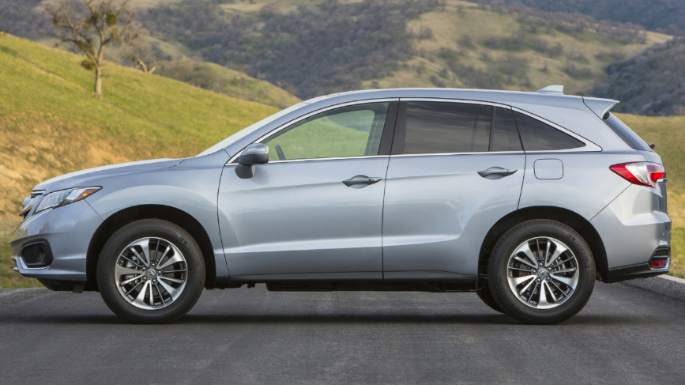 The 2017 Acura RDX is available in five trims. All-wheel-drive is available on every model for about $1,500 extra.

The Acura RDX with Technology Package comes in at $40,365. It builds on the standard RDX trim, with blind-spot monitoring, rear cross-traffic alert, leatherette/leather seats, a 10-speaker ELS Studio audio system, HD Radio, an eight-inch touchscreen with voice controls, and a navigation system.

For $41,665, shoppers can get an Acura RDX with both AcuraWatch Plus and the Technology Package.

We think most shoppers would be happiest with the Acura RDX with AcuraWatch Plus. It comes with all of the critical driver assistance features expected from a modern luxury vehicle. While upper trim levels have high-end amenities, the standard RDX still comes with plenty of features and for a low price, making it one of the best values in its segment.