Would we buy one? Yes. BMWs don't handle like they used to but the 5 Series remains one of our favorite midsize luxury sedans.

Powertrain: There are three powertrains:

A 2.0-liter turbocharged four-cylinder engine that generates 248 horsepower and 258 lb-ft of torque.

Rear-wheel-drive is standard with an 8-speed automatic transmission as the drivetrain. 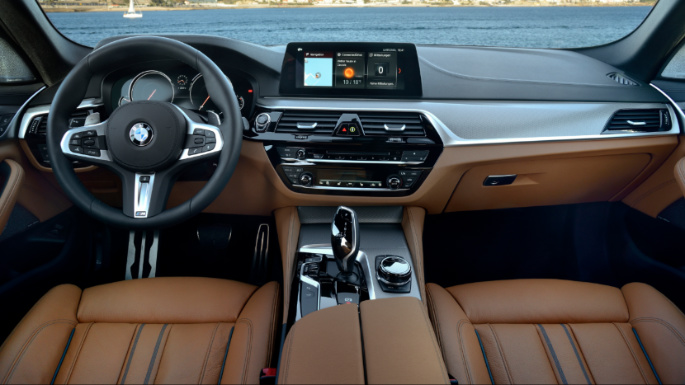 The National Highway Traffic Safety Administration (NHTSA) has not rated the 2020 BMW 5 Series in crash tests at the time of this writing, and the Insurance Institute for Highway Safety (IIHS) designated the 5 Series in most tests as 'Good' and awarded the BMW their 'Top Safety Pick' designation. 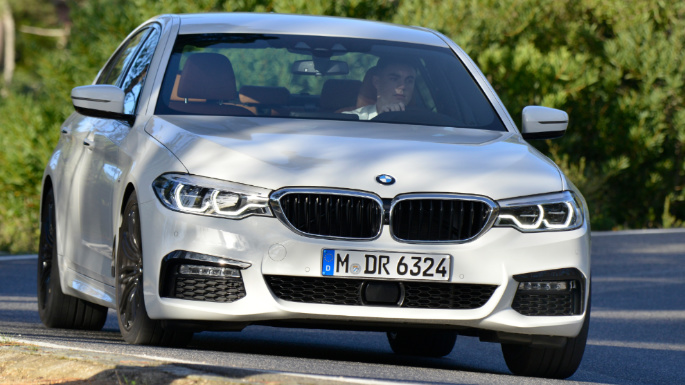 The 2020 BMW 5 series sedan is relatively affordable as far as luxury cars go, but it can get pricey.

Less expensive rivals like the Lincoln MKZ offer many similar features, though not quite as fancy as the 5 Series, for a more affordable price. If the price was not a concern and we were looking for a luxury car, we would get the M550i xDrive with the Executive Package. 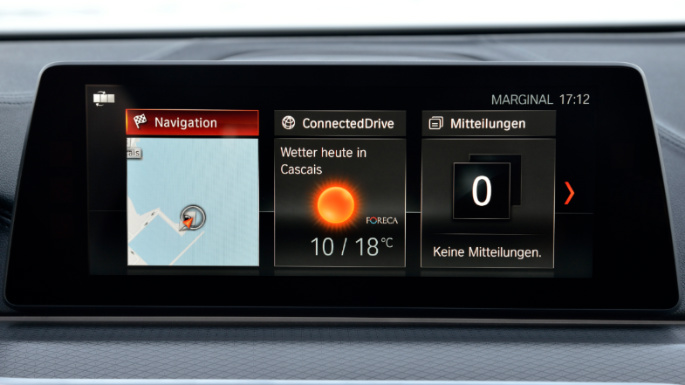 Infotainment is fair in the BMW 5 Series, and it does satisfyingly hit on several consumer demands for modern industry-standard conveniences like Bluetooth connectivity and Apple CarPlay. Android Auto is missing, however.

For 2020 the 5 Series gets enhanced features standard that includes a Live Cockpit instrument cluster and the iDrive 7.0 infotainment system with gesture control. The 10.25-inch display can be used via voice, touchscreen, or gestures. A navigation system, climate control, powered moonroof, keyless entry, and a 12-speaker audio system are also included with base trims. An improved Harman Kardon 16 speaker audio system comes standard with the 550i.

Extras like a head-up display and expanded rear-seat multimedia entertainment are available.

The 530i and 540i come with BMW TeleServices, a useful feature that sends maintenance information and statistical reports to your dealership to assist in scheduling upcoming vehicle services.

An 5 Series rival, the Audi A6, may be considered if a more intuitive infotainment system is important to you. 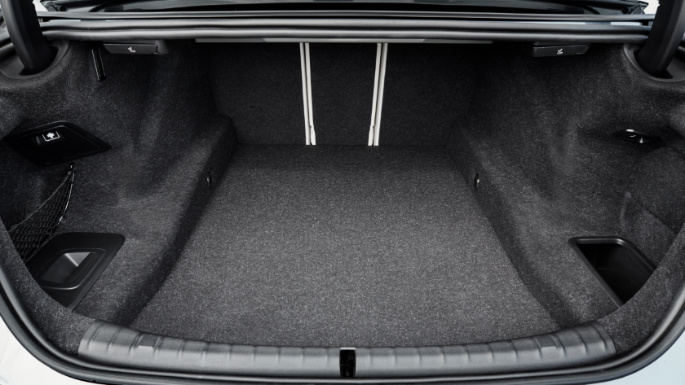 The 5 Series has 18.7 cubic feet of cargo space in the trunk, making it more accommodating than the Mercedes C-Class that offers less space.

Front seats and rear seats are easy to enter and exit. Seating is comfortable, and soft-touch material lines the cabin adding to the plush feel. Surprisingly, even with the increase in the 2020 model year's length, the rear-seat legroom feels a little tight. The headroom is generous in the rear seats and front seats, though, despite the swooped roof design.

The M550i xDrive comes with 20-way power-adjustable front seats that are temperature controlled that we found to be very efficient at customizing lumbar and leg support. 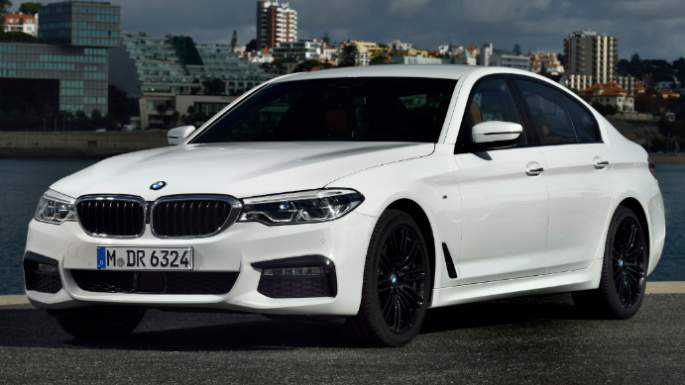 The 2020 BMW 5 Series body style did not see too many dramatic visual changes; instead, it falls back on a more reserved midsize sedan look with performance tucked away under the hood. Panel gapping is seamless and smooth and everything functions smoothly, as is expected for a luxury sedan with the BMW name.

The 550i xDrive is available with 20-inch wheels instead of the standard 18-inch alloys. Shadowline exterior stylings that include a unique M spoiler and leather upholstery adorn the 550i too. All trim levels receive a moonroof standard.

The 5 Series increased in size for 2020, increasing length, aiding legroom a bit. The M550i xDrive has a hefty curb weight of 4,456 lbs. making it fairly heavy for the segment. 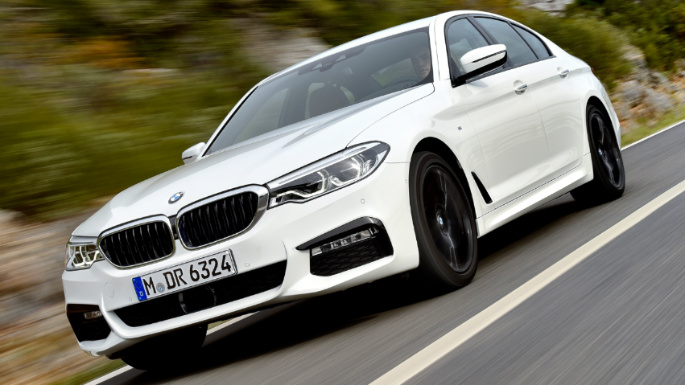 The BMW 5 Series could be called a high-performance sports sedan given the level of commitment BMW shows for improving drivability and performance of the 5 Series. However, it still retains a more luxurious and studious demeanor despite its power-laden engine options.

The standard 2.0-liter four-cylinder puts out a decent amount of horsepower and can hold its own among rivals like the Lincoln MKZ who share similar powertrains. The other two engines are more remarkable, especially the 523-horsepower V8 in the M550i xDrive. It easily crunches 0-60 mph in under four seconds, with time to spare, working through the eight-speed automatic seamlessly. The M Sport Differential on the M550i distributes torque well, helping the M550i attack corners gracefully.

Overall, the 5 Series offers a good range of powertrain options, coupled with a slick and responsive eight-speed automatic transmission, to meet several different demographic demands for performance and daily use practicality. 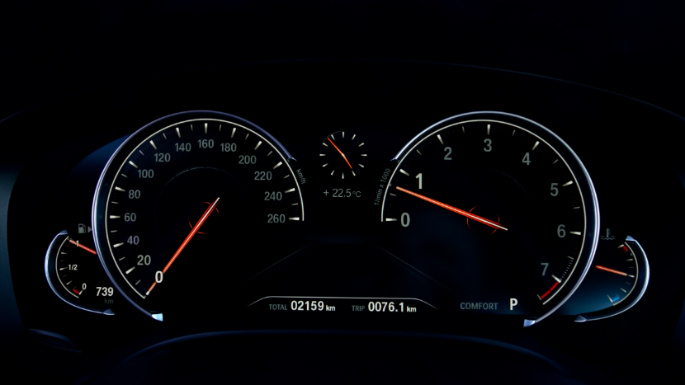 Though it may not be the segment leader, the fuel economy for the 5 Series is very efficient thanks to the refined powertrains and 8-speed automatic transmission. Consumers who want the most gas mileage will likely look to the V6 or four-cylinder powertrains offered.

For the 2.0-liter four-cylinder engine with the RWD equipped, EPA estimates are 25/33/28 MPG city/hwy/combined.

The 540i with the 3.0-liter six-cylinder RWD gets 22/30/25 MPG city/hwy/combined according to EPA estimates losing one highway mile when equipped with AWD.

The 530e xDrive plug-in hybrid coupled with a gas and electric motor gets 69 MPGe.