Price Range: Starts at $42,945 for base models and goes up to $77,895 for the sporty M Competition model. Pricing includes the $995 destination fee and does not include options.

Powertrain: The standard engine is a 2.0-liter turbocharged four-cylinder that produces 248 horsepower and 258 pound-foot of torque.

An all-wheel-drive plug-in hybrid is also offered for the 2020 model year.

All trims come standard with an eight-speed automatic transmission. 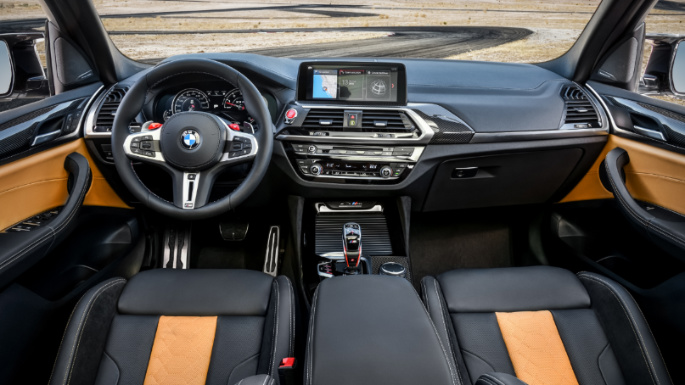 The X3’s overall safety score is good, but the standard safety features fall short compared to competitors and what its starting price point might suggest. The NHTSA has awarded the X3 an overall five out of five-star safety rating, earning five stars in both front driver and front passenger-side crash test results. The Insurance Institute for Highway Safety (IIHS) awards similar results with the best overall rating of good except for a marginal headlight rating. Despite its headlights, the IIHS has also awarded the X3 with a Top Safety Pick award. 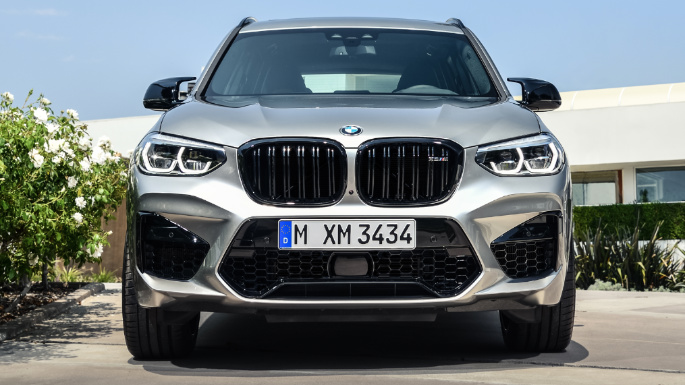 Many reviewers believe the BMW X3 has a high starting price for its size, standard features, and what it provides buyers at baseline. The middle trim X3 xDrive30i offers better value than the base model as it includes more standard features, a larger engine, and an all-wheel-drive as standard. The X3 M and X3 M Competition come with high starting costs but also nearly every safety feature offered by BMW and additional niceties like adaptive suspension, a 10.25-inch touchscreen, and heated seats all-around.

The most notable addition to the highest-priced M models is the engine. Reviewers universally agree that BMW’s twin-turbo inline-six engines are fantastic, and at 473 or 503 horsepower depending on which M model the buyer chooses, it could be hard to argue against its price, even if it soars close to the $80,000 mark.

Most people will not find the X3 to be a better value than the Lincoln Corsair, Volvo XC60, or even the Audi Q5 as their packaging is better overall, but those who want a BMW SUV may find it easier to choose the X3 at its high price points, especially as it offers superior performance, plentiful cargo and passenger space, and high safety ratings. The X3’s starting prices are still some of the highest in the class, so if buyers are on the fence, it may not be that difficult to go with a competitor. 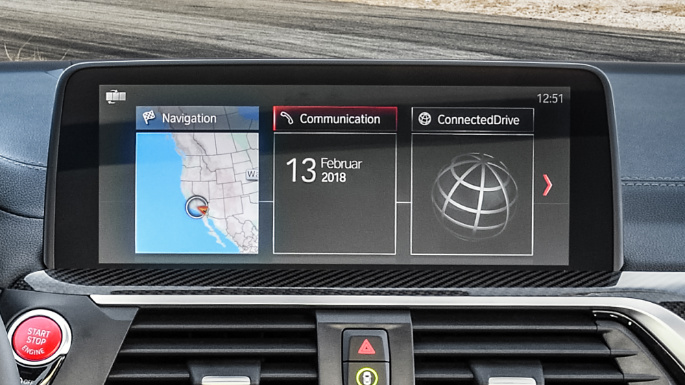 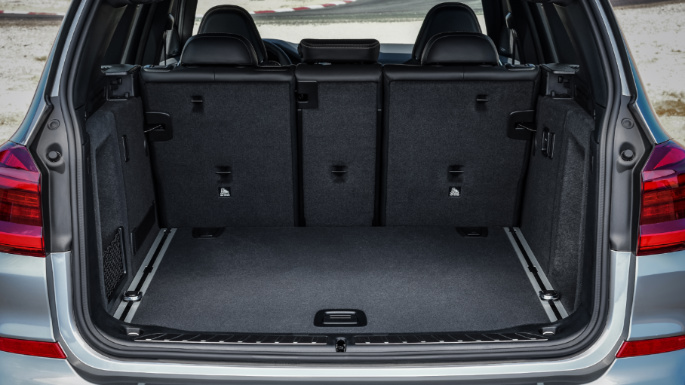 The BMW X3 scores excellent marks for its practicality. It offers class-leading cargo and passenger space. Though it does not sit at the very top of the class, it offers 28.7 cubic feet of cargo space when the rear seats are up and 62.7 when they are folded down, more than almost every competitor. The rear seats are also 40/20/40 split-folding, allowing a variety of options for long cargo. Despite its small size, even larger reviewers find rear headroom and legroom to be ample. Entering and exiting the roomy SUV is straightforward.

All-wheel drive on most models does not lend as much to off-roading as it does to performance and some inclement weather security. An additional party trick includes the ability to tow almost 4500 pounds. 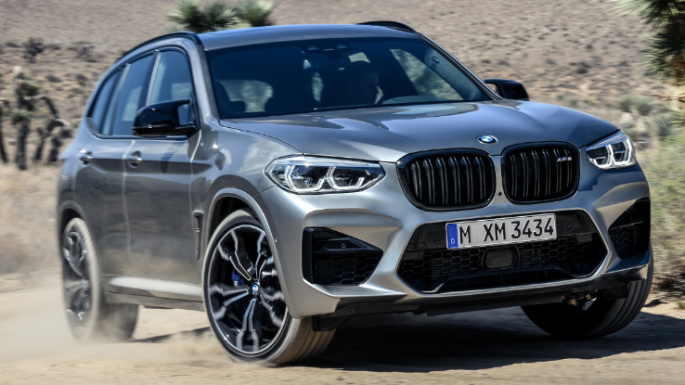 The X3 is instantly recognizable as a BMW SUV. Its signature grille, dual-halo headlights, and smooth body lines are not as overdone as in many modern vehicles, and reviewers agree that its design elements mesh better than some other BMW offerings. Large wheels and a more aggressive design give it a planted look and the sports touches offered on M models give it an aggressive appearance.

Interior design is welcomed with a mixed bag of feelings from reviewers. Materials are noted to be excellent, including the base model faux-leather upholstery, but many note that its styling is too bland for a vehicle at its price point. Those who like simplicity will most likely not be disappointed as it is a nice place to spend time, but with everything else the X3 provides, many reviewers believe the interior should offer more luxury. 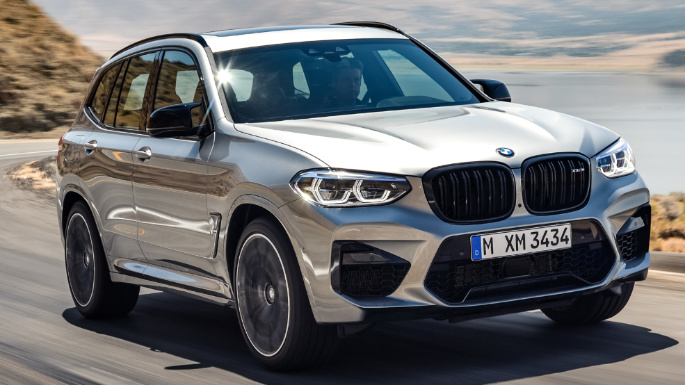 The X3’s driving experience almost earns a perfect score. Several reviewers note that the ride is a little stiff for their liking and that the steering is slightly too heavy in sport mode. Despite this, almost all give the BMW top ratings for comfort, ride quality, power, and handling capability. The adaptive suspension does a good enough job at smoothing out bumps on any trim, and the Driving Dynamics Control system lets drivers customize the X3’s overall dynamics based on personal preference.

Few complaints were applied to the 8-speed automatic transmission or any engine option. All offer smooth acceleration with plenty of power. Models equipped with the base engine can accelerate to 60 miles per hour in around six seconds. For those wanting a more intense experience, both the M and M Competition supply more than enough power to please anybody, including the reviewers. Acceleration in both models undercut the four-and-a-half second mark. Braking power met with equally stellar reviews, a good thing considering that the X3 is one of the best-performing luxury SUVs in the class. 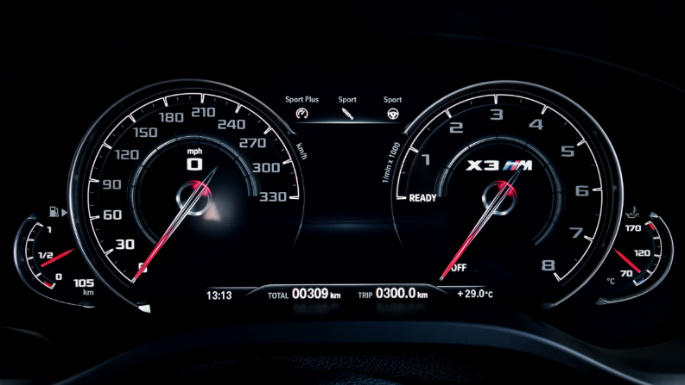 The X3’s fuel economy estimates are all over the segment, with base engines returning some of the best EPA numbers in the class and the most powerful models returning some of the worst. In its base trim, with the 2.0-liter turbo and rear-wheel-drive, the sDrive 30i X3 will get 25 miles per gallon in the city and 29 miles per gallon on the highway. Opt for BMW X3 xDrive30i all-wheel-drive, and the city mileage will drop by one MPG. The plug-in hybrid BMW X3 xDrive30e features an electric-only range of up to 20 miles with a combined fuel economy estimate of 24 miles per gallon.

For comparison, the Audi Q5, Lincoln Corsair, and Mercedes-Benz GLC-Class all return fuel economy estimates of 22 miles per gallon in the city and 29 miles per gallon on the highway, but none offer engines as powerful as the most powerful BMW models.