Would we buy one? We'd consider one.

Powertrain: A 1.4-liter turbocharged four-cylinder with 138 horsepower and 148 lb-ft of torque, with a 6-speed automatic transmission and front-wheel-drive or all-wheel-drive.

A 1.4-liter turbo four-cylinder engine 153 horsepower and 177 lb-ft of torque, with a 6-speed automatic and front-wheel-drive or all-wheel-drive. 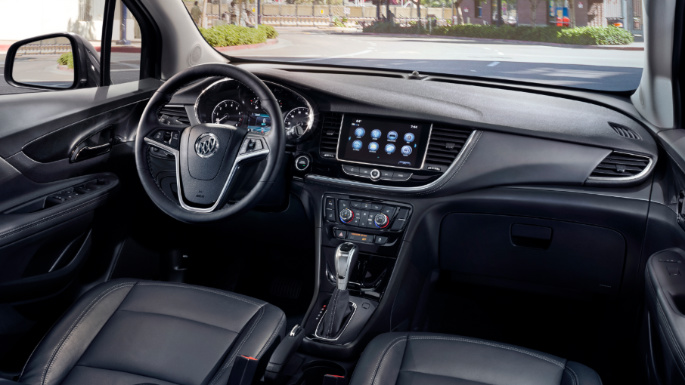 The 2017 Buick Encore scored highly with National Highway Traffic Safety Administration (NHTSA), earning five out of five stars in all crash tests except the rollover rating in which it received four out of five stars. The Insurance Institute of Highway Safety (IIHS) gave the 2017 Encore the highest Good rating in all crash-test categories except for the Small Overlap Front Passenger's Side test, where it scored the second-highest Acceptable rating. Front crash prevention was rated the lowest Basic with the optional forward collision warning system. 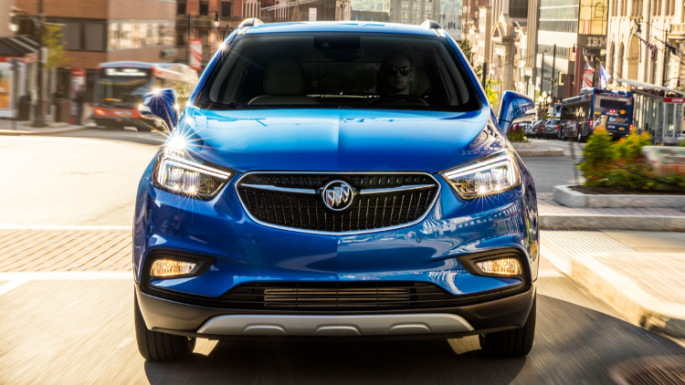 Six trim levels are available for the 2017 Buick Encore. They are the 1SV, Preferred, Sport Touring Edition, Preferred II, Essence, and Premium.

These prices are on the higher end for subcompact SUVs, with models such as the Honda HR-V and Mazda CX-3 not even reaching $30,000 for fully equipped models. And the added extras on the Encore can push the price closer to $35,000. 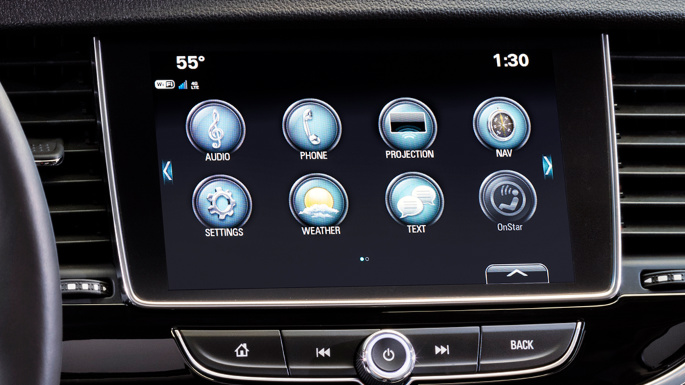 Some advanced features include push-button start and an improved Bose audio system. 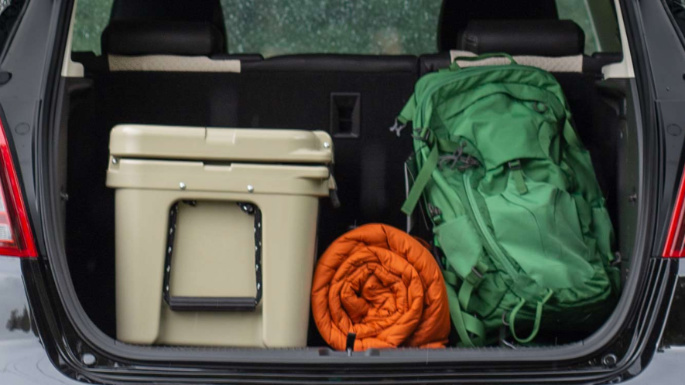 Legroom and headroom are adequate for adults in both rear seats and front seats, albeit a little tight. Occupants in the front get a more forward upright view thanks to the Encore's tall stature. Back seat occupants have a mostly clear view out as well. 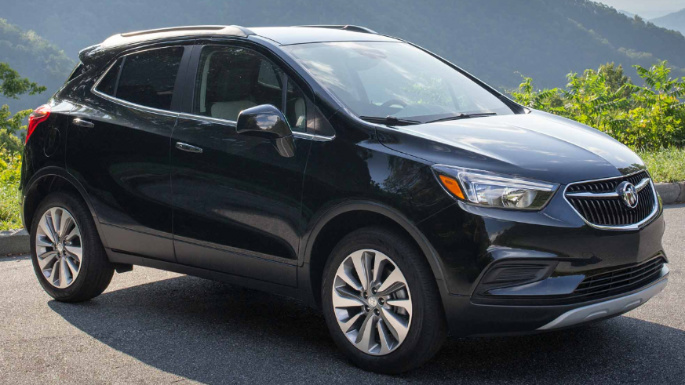 For 2017 a new grille design and remodeled front and rear fascia have been incorporated into the Encore. Upgrades for the Encore include a power sunroof, LED headlights, and front fog lamps. It better resembles the large Enclave three-row SUV, as well as the new Envision two-row midsize model -- and Buick's new LaCrosse full-size sedan. Better still, it looks better integrated with the Encore's diminutive size and gives it a more upscale look than most subcompact SUVs of this price.

The dashboard was redesigned to cut down on look-alike buttons and switches, while the infotainment screen is now much closer to the driver. But the cabin is still short on storage bins, and its narrow size means bags and odds and ends will wind up in someone's footwell. At least quality has taken a step up, and it's much nicer inside than the related Chevrolet Trax. 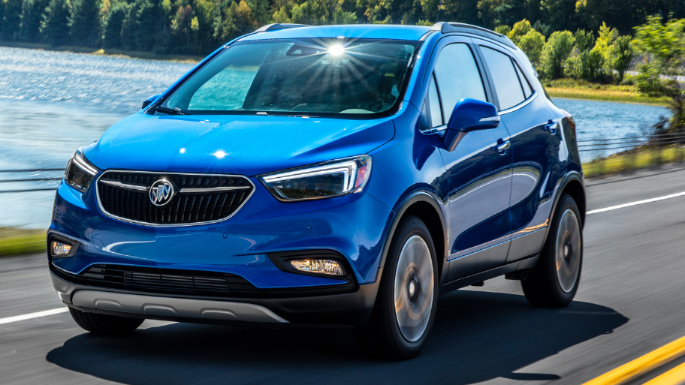 The highlight of the driving experience for the Encore is how pleasant cabin noise levels are. It's significantly quieter inside than in many rivals, with additional sound insulation and an active noise cancelation feature to mitigate road noise and the little turbo four-cylinder engine that's hard at work. While it's not "library quiet," as Buick likes to describe its sedan interiors, the Encore gives off an impression of refinement lacking in other small SUVs.

That refinement is welcome because the Encore isn't that fun to drive. Despite its small size, the standard 138-horsepower, turbo 1.4-liter four-cylinder doesn't have much surplus power for passing. It's best-suited in urban situations and when a short burst of power is needed. The 153-horsepower version finds its way smoothly through the six speeds in the automatic transmission without much lag and is generally more flexible and competitive. But cars like the Kia Soul Turbo and Nissan Juke have far more power and are more fun. 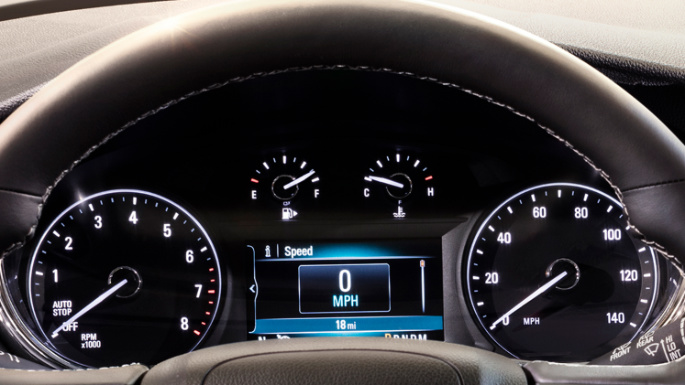 The Encore does well for fuel economy, especially with the more powerful engine. The 1.4-liter 138 horsepower engine with FWD gets 25/33/28 MPG city/hwy/combined, and with AWD added, it's rated at 23/30/27 MPG city/hwy/combined according to the Environmental Protection Agency (EPA).

Fuel economy is helped by the automatic engine stop-start feature on the more powerful four-cylinder engine. For the 1.4-liter engine with 153 horsepower and the FWD configuration, expect 27/33/30 MPG city/hwy/combined and 26/32/28 MPG city/hwy/combined with the AWD equipped according to EPA estimates.