The Dodge Journey is the automaker's entry into the mid-size crossover market. This model has been in production since 2009 with few notable changes or updates since then.

As of the 2019 model year, it has only one generation with some minor facelifts and changes during that time. Industry insiders expect the model to be canceled in the next few years. 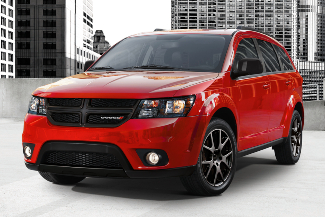 The 2018 Journey is mostly a carryover and it's unlikely that a new generation will be released before the model is canceled. For this model year, the trim line goes from four to three as the SXT trim is removed. The remaining trims are the SE, Crossroad and GT.

The Journey continues to be a midsize crossover SUV with room for seven passengers. It comes in front or all-wheel drive.

The base SE trim offers additional standard features for this update, including a sportier front and rear, plus fog lights and LED taillights. Power folding seats, heated side mirrors and climate control have also been added as options.

An additional package is available for the SE trim in the Blacktop Appearance Package. 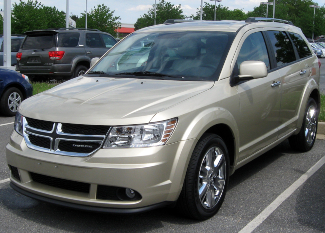 The 2011 Journey was mildly refreshed to include a modified grille and lower front fascia, plus a restyled interior, revised steering, suspension and powertrain.

Dodge's new logo was also added to the vehicle. SE and higher trim levels received LED taillights as well. 2011 was also when Dodge dropped the 3.5-liter V6 and replaced it with the 3.6-liter Pentastar V6. By the 2012 model year, the Journey was the smallest SUV in Dodge's lineup when the Nitro was discontinued.

The Journey Crossroad was introduced in 2014 for the 2015 model year and it became a distinctive trim version of the Journey. It included chrome accents, a larger bumper, black grille, smoked headlights and taillights, 19-inch black aluminum wheels, unique front and rear design, plus rails for a roof rack.

The 2012 Dodge Journey received an overall four-star safety rating from the National Highway Traffic Safety Administration. It got five stars in the two categories of frontal driver and side driver. The other categories were four stars. 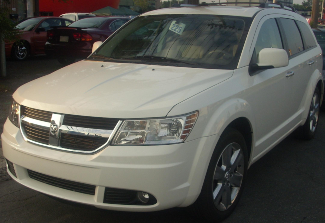 Dodge entered the crossover market somewhat late with the Journey in 2009. The Journey was built on the Dodge Global D platform, which was a stretched version of the Global C platform, and can also be found on the Dodge Avenger and Chrysler Sebring.

It was outfitted with a 3.5-liter V6 that made 235 horsepower as the standard engine for all trims except the base model, which got a standard four-cylinder unit with 173 horsepower.

The V6 was capable of towing 3,500 pounds, but the four was not rated for towing.

The Journey was designed to fit five passengers comfortably, but it can be expanded for seven people, though the optional rear seat is only adequate for children. The Journey did include some nice utility features such as a fold-flat front passenger seat that allowed for putting something as long as nine feet in the cargo area. The front passenger seat also included a bin beneath it, plus a storage area beneath the second-row floor and behind the last row. A dual glove box included a Chill Zone feature that enables it to keep drinks cold. Standard entertainment features included a six-disc CD changer and a rear DVD entertainment system.

The trim lineup for the Journey before the update included three trims in the SE, SXT and R/T. The SE was exclusively a front-wheel drive vehicle to start and the other two trims had optional AWD. Other standard features on the SE included AC, the Chill Zone storage, power windows and mirrors, adjustable driver's seat and all-season tires on steel wheels. The SXT model added cruise control, remote entry, fold-flat passenger seat, a touring suspension and all-season tires on aluminum wheels. The AWD version of this trim also added performance steering and suspension, plus fog lights. The AWD system on the Journey was primarily designed to handle slippery roads and not for off-road use as it was not equipped with low-range gears.