With both new and used cars selling for record-high prices, it is refreshing to know that some vehicles can still be had for cheap. With trucks and SUVs being so popular, it is even better to know that these types of vehicles are still available for $5,000 or less, especially if you need a 4X4 for work or daily activities.

Those who need a cheap 4X4 for their off-roading hobbies will also find a cheap truck helpful so that they can spend more on potential modifications. Regardless of the reasons, trucks and SUVs for under $5,000 are probably more readily available than you think.

Most of these trucks will have higher mileage and have seen quite a bit of use from the previous owner, but nice ones are not out of the question. Previous owners who have taken care of their vehicles can pass on the benefits of a loved vehicle to you thanks to depreciation and the desire for newer four-wheel-drive vehicles. 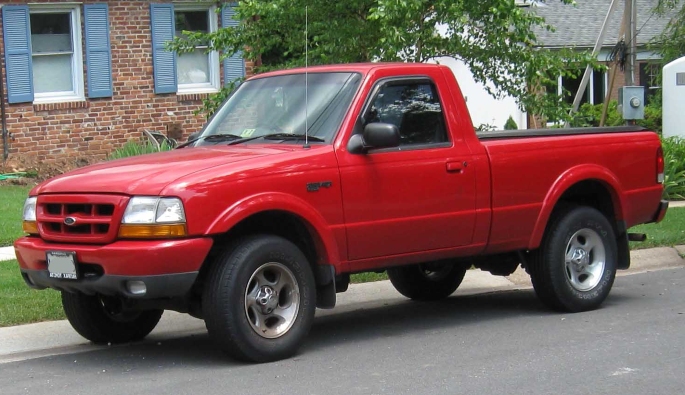 Before Ford reintroduced it in 2019, the Ranger had been absent from the market since 2011. Even then, it was not the most technologically advanced truck on the market. But, this made it simple, reliable, and practical. This simplicity is also what makes these third-generation Rangers so inexpensive. 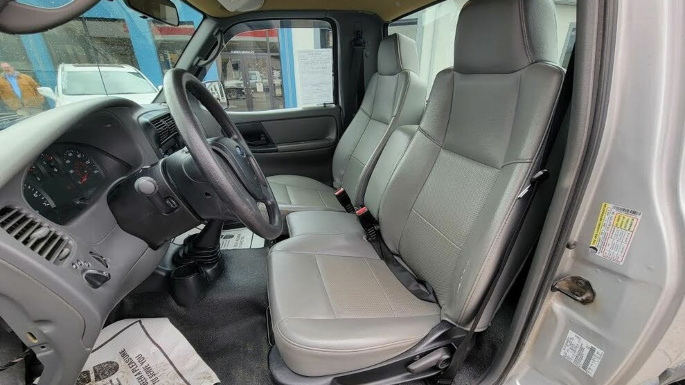 If you do not need a larger F-150, the Ranger is the perfect work truck. All trim levels but the lowest XL offered four-wheel drive, and finding a manual transmission can drop the price even further.

The third generation Ranger was offered from 1998 to 2011 and went through several minor appearance updates. Rangers equipped with the 4.0-liter V6 engine will provide the most power and towing capability with as much as 207 horsepower and almost 6,000 pounds of towing ability. However, a less powerful four-cylinder engine was also available for better fuel economy. 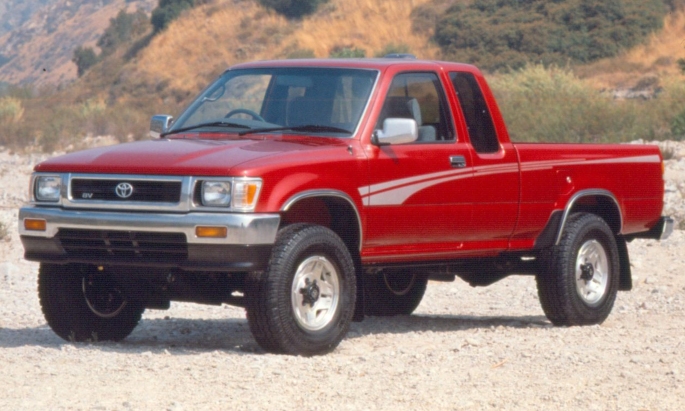 The Toyota Tacoma is a mainstay in the compact pickup truck category for just about any price point, continuing a long tradition of Toyota 4x4 compact pickups. Unfortunately, for those looking to buy a 4X4, the Tacoma retains its value incredibly well, which can make it hard to find a used late model in top shape. 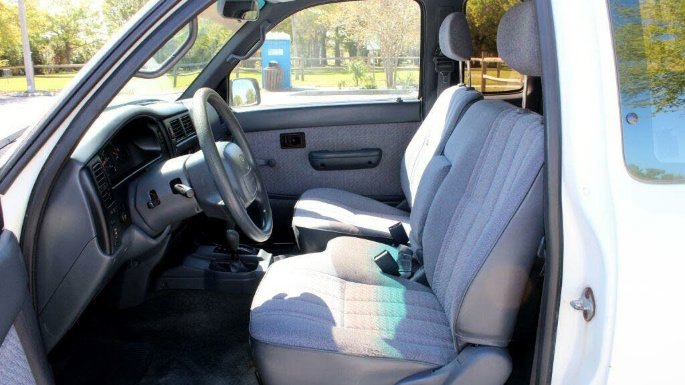 The biggest reason for their high value and desirability is their legendary reliability, but this is also why you can find one for $5000 or less. A bargain, considering Toyota's reputation for durable vehicles. Those equipped with the V6 engine are usually the ones to look for.

Although a four-cylinder engine has also been offered in the Tacoma, towing capacity and power are not nearly as good as the larger V6. However, the ability to operate a manual transmission is helpful for buyers who want a used example since they are not uncommon, and strong aftermarket support allows off-road enthusiasts to customize their Toyotas as they like. 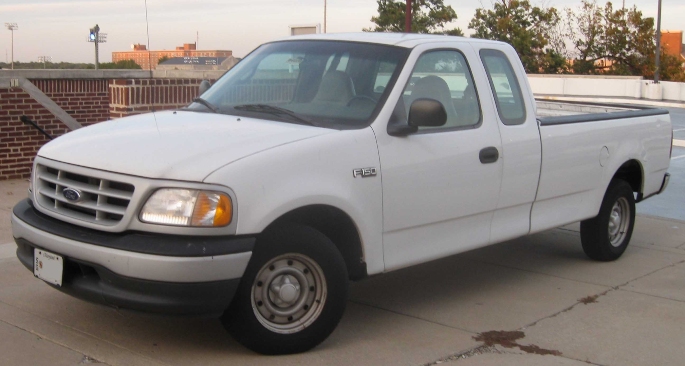 The Ford F-150 pickup truck has been the best-selling pickup truck for years on end. It also makes the used market rich with examples back to the late 1990s and early 2000s. For those who want or need a little more power, the F-250 offers it. They can also be found for reasonable prices since there are so many still on the road. 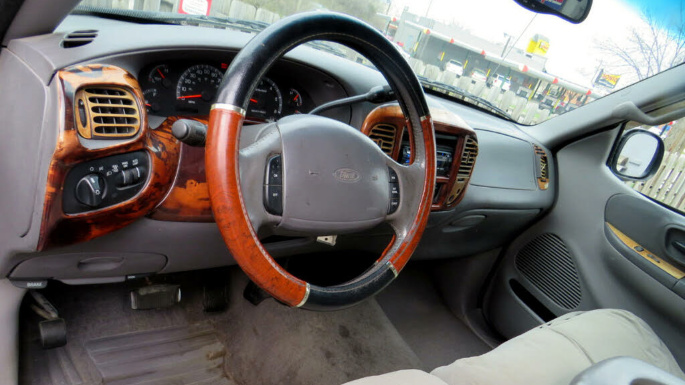 F-150s have always come with at least one V8 engine option, as well as a V6, giving them plenty of towing capability and good baseline ruggedness. Aftermarket support lets you make just about any F-150 into a street cruiser or an even more rugged off-road machine. In addition, Ford F-150 XLT and Lariat models provide enough amenities for non-tuners to enjoy some luxury features like leather seating.

F-250s provide the extra size, power, and work capabilities the F-150 cannot. Super Duty diesel engine models, particularly those with the excellent 6.0-liter V8, are available as well as gasoline models to hit any buyer's sweet spot. Like its smaller counterpart, XLT and Lariat trim levels offer more features than base XL models, and a manual transmission is available in older models. 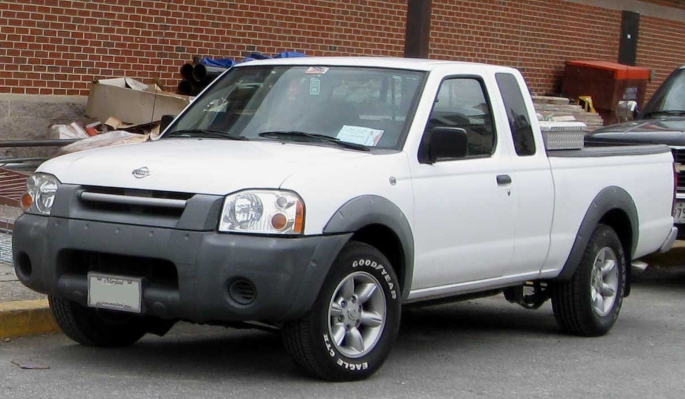 The Nissan Frontier is the Tacoma's primary used compact pickup truck rival. These are usually a little less expensive comparatively because they do not have quite the reliability record of the Tacoma. Still, early-2000s models are primarily known to last well over the 200,000-mile mark without issue. 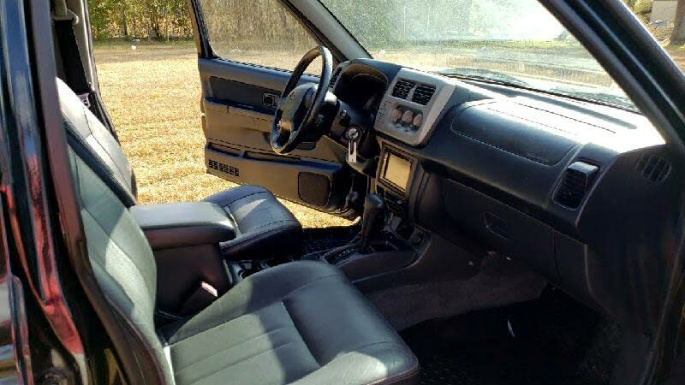 Nissan's unwillingness to update its simple design is a testament to how well it has held up over the years, but it also means that the used market is rich with decent examples around and below the $5000 mark. For that, the truck offers surprisingly good off-road capability and seating for up to five.

Fuel economy and towing capability have never been as good as competitors, but the Frontier's versatility has kept it relevant. Two-wheel-drive base models serve as good work trucks, manual transmission models are easily found, and Nissan has offered plenty of factory off-road items. 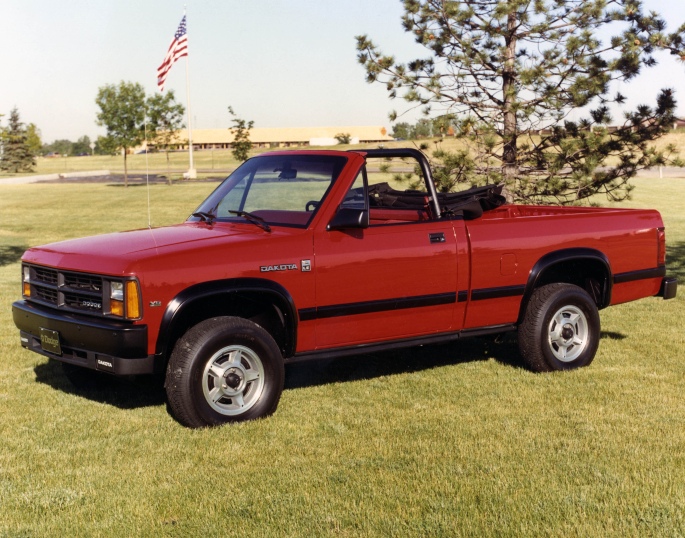 The Dodge Dakota is an oft-forgotten 4X4 pickup truck since it is not being manufactured anymore and lived in the shadow of the more popular, full-size Ram. Competitors like the Chevrolet Colorado, Toyota Tacoma, and Nissan Frontier generally offered better packaging and styling, but this means that Dakota pickups are out on the market for the taking. 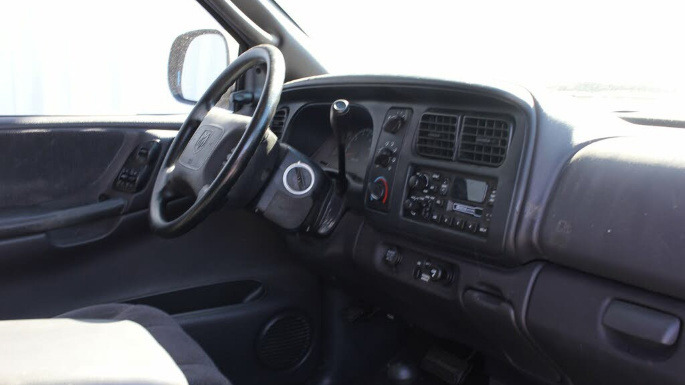 Second-generation models offer the most trim level diversity, have a more substantial fan following, and can tow slightly more than third-generation models when appropriately equipped, but just about any Dakota model can currently be found for less than $5,000. 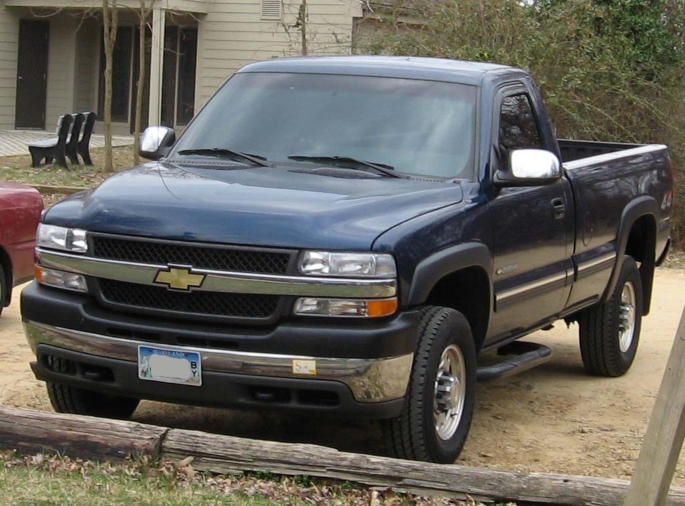 Even though the Chevy Silverado and GMC Sierra have different names, the two full-size pickup trucks share most significant components with only slight differences in appearance and target market. The Sierra caters to those who want a more upscale look, but both can be found for $5,000 or less. 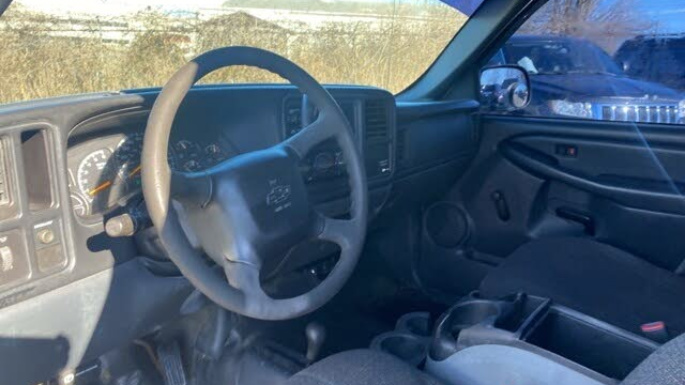 Pre-2007 Sierra and Silverado 1500 models are the ones to seek out, though the 2002 and prior model years are the most readily available. Both models feature a V6 engine in their base form, but most buyers will look for those equipped with one of the several available V8 engines for increased towing capability of over 9000 pounds when properly equipped.

Despite their large size, both the Silverado and Sierra can be equipped with four-wheel-drive, helping to offer surprisingly good off-road capabilities. Additionally, these trucks are wildly popular for customizing to fit anybody's taste. Finally, they are simple to work on and reliable as yet another bonus. 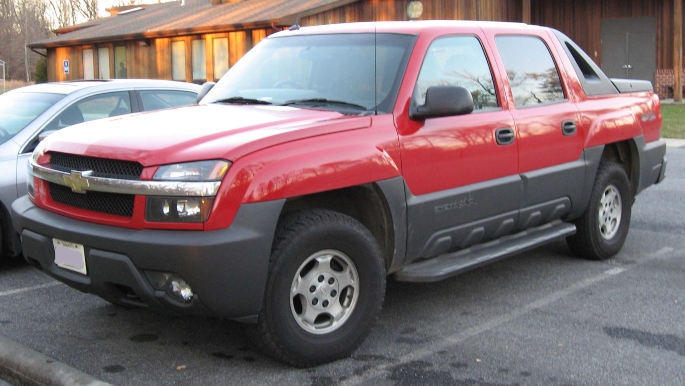 Many scoffed at the Chevrolet Avalanche for not being a "real truck" like the Silverado or F-150 because it was designed to be a cross between a truck and SUV. The result was that it did not offer an extended bed version like many other pickup trucks, making the Avalanche's aspirations of being a true workhorse vehicle somewhat limited. 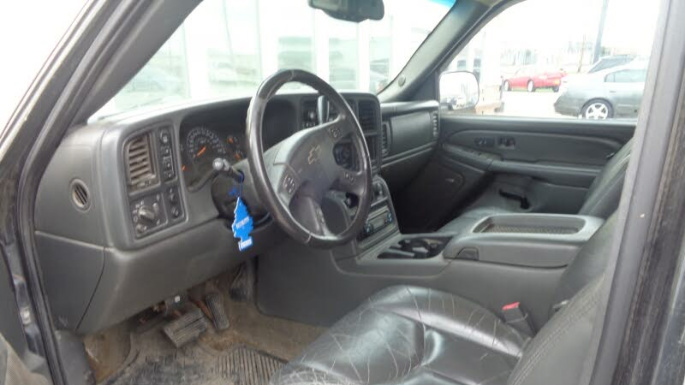 What many would-be buyers failed to see was that it could still tow more than 8000 pounds. In addition, the partition between the cab and bed could fold down to allow more cargo. That last part caused much confusion among buyers and reviewers at the time, although it still won many accolades.

The Avalanche has now been out of production for the better part of a decade. Still, having essentially the same drivetrain, engine components, and other features as the Silverado of the time, it remains a good truck for those whose budgets are only around $5,000. 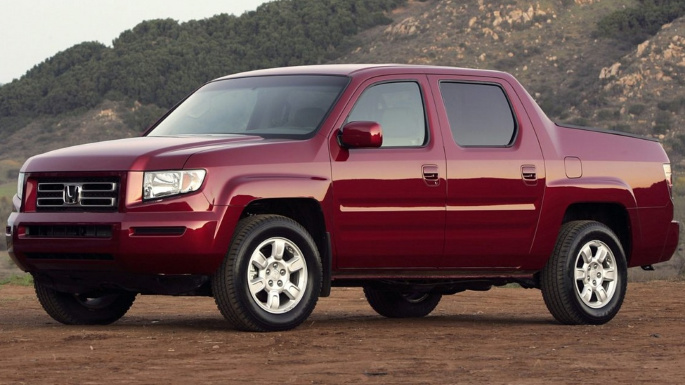 Many truck purists consider the Honda Ridgeline a lesser pickup truck than the Silverado, Ram 1500, and F-150. That's because it's built on a unibody frame, like a car or minivan, and can only tow 5,000 pounds. However, the Ridgeline was designed with those who wanted to transition from a car or minivan into a pickup truck in mind. 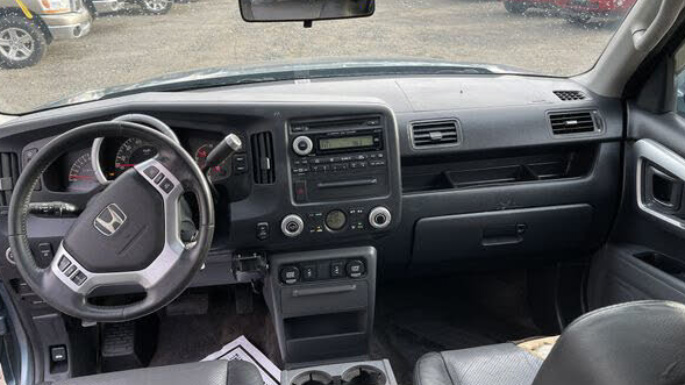 It shares its pickup truck and SUV combination body style with the Avalanche, making some of its capabilities less than those of both real trucks and SUVs. It has far from Jeep-like off-roading capability with an all-wheel-drive system that Honda calls VTM-4, which can send variable torque to the wheels that need it, as well as a locking rear differential.

Even though many traditional truck guys are not fond of the Ridgeline, it provides good ride quality, Honda reliability, and decent MPG numbers. It was also highly rated by many different reviewers when it first debuted. As a result, the Ridgeline remains a good used pickup for around $5000 if you look hard enough. 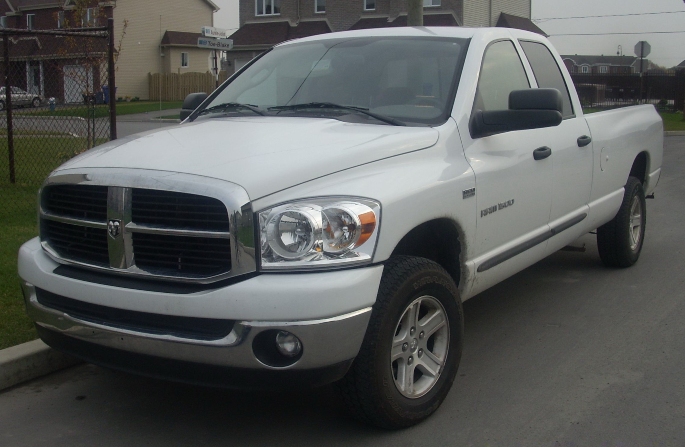 Nowadays, Ram Trucks is a separate brand and line of trucks and commercial vehicles. But the Dodge Ram 1500 used to be fully under Dodge, its parent company. Second-generation models, model years 1994-2001, are the most plentiful and make up most of the Ram 1500s at the $5,000 price point. However, some early third-generation models to the mid-2000s have depreciated to this level. 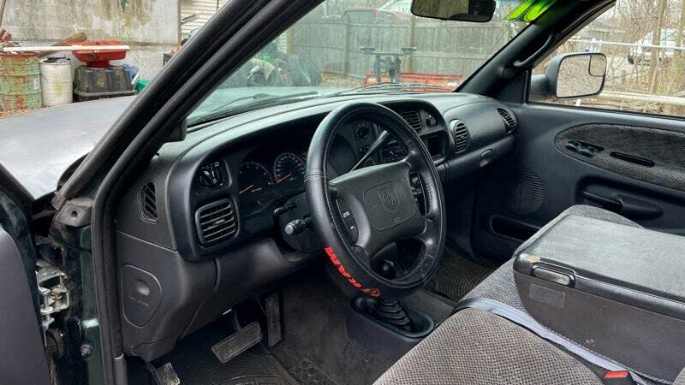 A full range of trim levels and engine options, including the beloved 5.9-liter Cummins inline-six-cylinder diesel, ensure that the used truck market is well-stocked. In addition, a variety of cab and bed sizes, towing capacity of up to 8,000 pounds, and the availability of a manual transmission further enhances the Ram 1500's used marketability.

Many of the engines in these trucks, especially the 5.9-liter Cummins turbodiesel, usually outlast the rest of the truck. That means that even if a $5,000 Ram 1500 looks a little rough, it still could have plenty of life left for either work or personal customization. 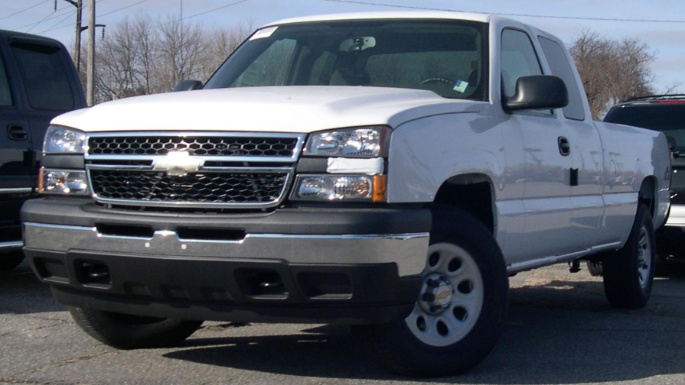 Similar to its larger Silverado and Sierra brothers, the Chevy Colorado and GMC Canyon are almost identical. Both fill the compact pickup truck segment. Both share many of the same drivetrain options. And both are largely overshadowed by the likes of the Tacoma, Frontier, and even the Ranger. 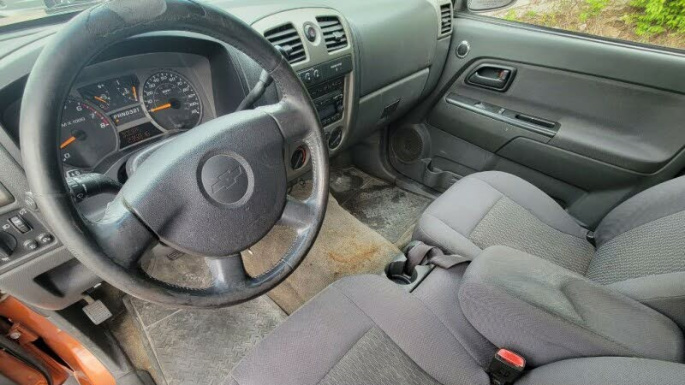 These trucks replaced the smaller Chevy S-10 and GMC Sonoma models to be a little larger while still fitting into the compact pickup segment. Offering regular cab, extended cab, and crew-cab configurations, the choice of a four-cylinder or a five-cylinder engine, and the option of a manual transmission, first-generation models fit the versatile, inexpensive pickup truck bill nicely.

Both come standard with rear-wheel-drive, but of course, four-wheel-drive is available and preferred. Towing capacity comes in at around 4,000 pounds for both models when appropriately equipped. The Canyon SLT and Colorado LT are the highest trim levels available for the most options. 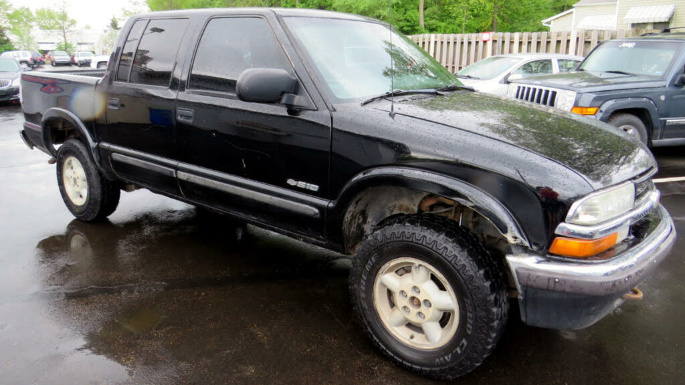 The Chevy S-10 and GMC Sonoma pickup truck models are similar to so many Chevrolet and GMC products in that they are nearly the same truck. They are also some of the smaller used pickups still available in any vehicle market. 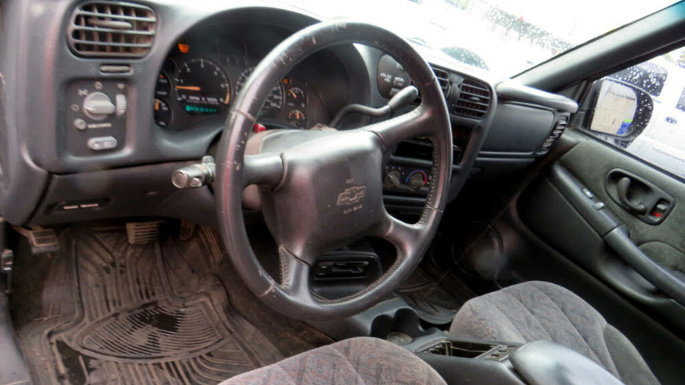 They were offered with both four and six-cylinder engines, and a four-door crew cab was offered to accommodate buyers starting in 2001. Previous model years were only available in single and extended-cab versions. Although rear-wheel-drive was standard, four-wheel-drive was also available.

These trucks remain a favorite choice for entry-level, aspiring off-roaders. However, even if you are looking for a good used pickup, these are a solid choice since there are so many on the market, they are very simply built, and they are widely available for around $5,000. 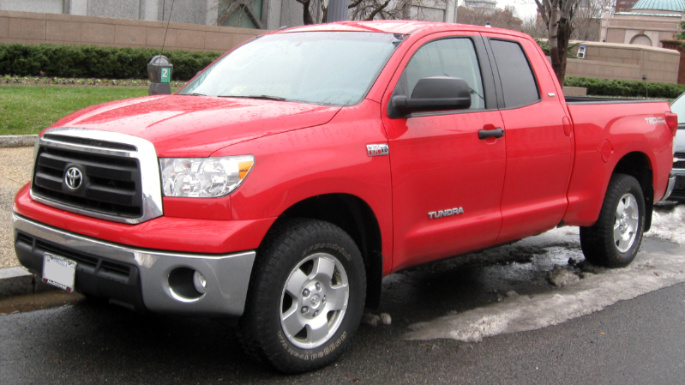 If you take just about everything good about the Tacoma and make it a little bit larger, you end up with the Toyota Tundra.

It is a full-size truck that is not as popular as the F-150 or Silverado, but that keeps up without skipping a beat, especially in terms of reliability. Resale value remains high, but older models are available if you look for them. 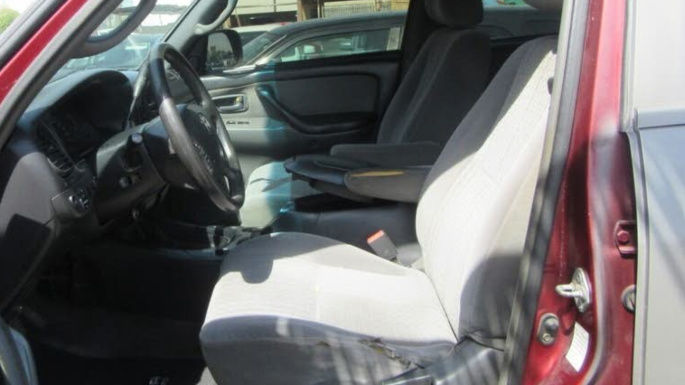 The Tundra name started with the 2000 model year. V6 and V8 engines were offered in first-generation models, most commonly found at this price point.

First-generation trucks offered between 250 and 280 horsepower, a four-door extended cab or larger crew cab, a Stepside option, and nearly 7,000 pounds of towing capability. Of course, being a Toyota, these can often be found with well over 200,000 miles and still be in good working condition.