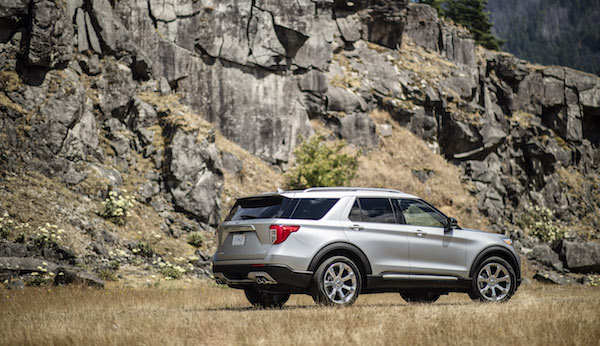 The Explorer is the venerable midsize family SUV of which Ford has built six generations since 1991. It’s Ford’s family SUV, larger and more expensive than the EcoSport, Escape and Edge but smaller than the Expedition.

Redesigned from the ground up for the 2020 model year, this new generation of Explorer rides on an all-new rear-wheel-drive platform, offers three turbocharged gas engine options and the first-ever hybrid model.

There are five trim levels of the 2020 Explorer: Base, XLT, Limited, performance-oriented ST and the top-end Platinum.

There’s also a new Explorer Hybrid, which comes in Limited trim only for the time being.

The Explorer base seats seven passengers; all other trim levels seat six; two in the front, two in the middle and two in the rear seats, which fold when not needed.

The Base, XLT and Limited gas models come with a 2.3-liter EcoBoost turbocharged four-cylinder engine that makes 300 horsepower and 310 pound-feet of torque. Multiple drive modes and rear-wheel-drive is standard with all-wheel-drive is a $2,000 option.

Finally, the first-ever Explorer Hybrid uses a 3.3-liter V6 engine and an electric motor to make a total of 318 horsepower and 322 pound-feet of torque. It comes standard with rear-wheel-drive; all-wheel-drive is a $2,195 option. 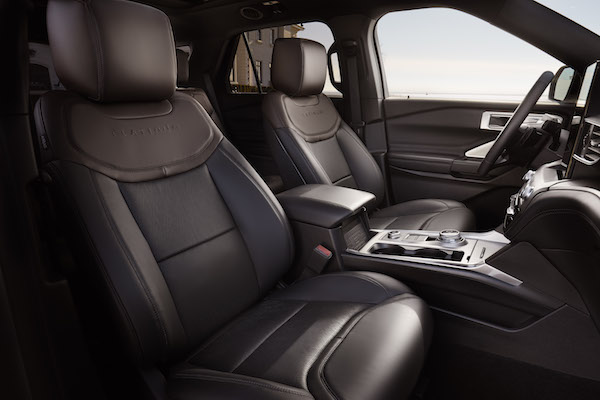 The exterior of this new generation of Explorer is roughly the same size as the previous model, but it has a bit more passenger space inside and more cargo room with the second and third-row seats folded.

The Explorer competes in one of the most popular segments in the industry: the family SUV or crossover. Nearly all of its competitors offer a third row of seats as standard or optional, with turbocharged four-cylinders or V6 engines being the norm.

Base engine. Forget the headlines about Ford’s (admittedly impressive) 3.0-liter turbo V6 in the Platinum or ST models; it’s the base 2.3-liter EcoBoost turbo four that’s the real winner here. With 300 horsepower and 310 pound-feet of torque, this engine has more than enough smooth and refined power. It’s also paired nicely with the ten-speed automatic transmission to make quick work of gear changes and acceleration on demand. So what if it’s the base choice; we came away believing this was all the engine you’ll need.

Space! Front row, middle row even the dreaded third row…they’re all perfectly capable of holding a full-sized adult for even long trips. We set up the seating to hold six six-footers and every seat in the house had more than enough head and leg room. This isn’t the case for many of Ford’s competitors in this segment, so it was refreshing to see a full-size family SUV that could actually haul an entire full-size family. 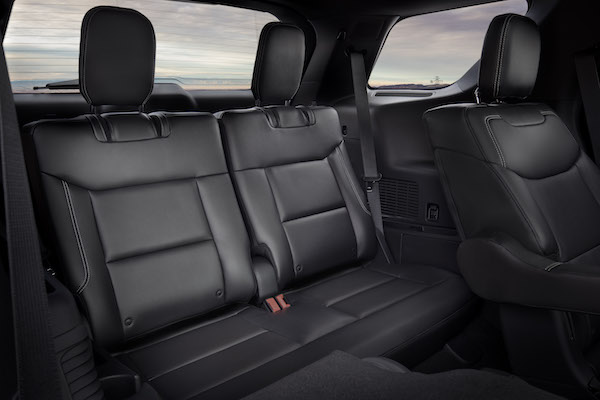 Hybrid availability. This may be a bit of a surprise but hybrid offerings are rare in this family-sized segment; only the Toyota Highlander currently offers a hybrid option. So kudos to Ford for making one available. We tested it and found it perfectly suitable for daily driving; the V6 won’t overwhelm you with its power but it’s more than adequate. In our roughly 50 miles of testing on both city and highway driving (and driving hard too), we saw 24 MPG without even trying. That’s great for an SUV this size and more conservative drivers will easily see higher figures. We just wish it didn’t start at $53,375.

Infotainment. This generation of Explorer comes with Ford’s Sync 3 infotainment system, and it left a little to be desired. Not only the did the system lack enough physical buttons (too many of the functions relied on the touchscreen) but the screen’s menus were often overwhelming or counterintuitive. This was the case on both the standard eight-inch touchscreen on lower trims and the optional 10.1-inch setup on higher trims.

Gone with the wind. This is a minor gripe but we noticed a surprising amount of wind noise coming from the Explorer’s side-view mirrors, particularly on the freeway. While the rest of the driving experience was quiet and refined, this was a bit of a surprise. So if you’re planning on test-driving this latest model, make sure your route includes a jaunt on the highway to check it out.

How much? Ford worked hard to make the Explorer a sound value for the segment but we still found many of the trim levels to have a higher asking price than their comparably-equipped rivals. True, Ford dealers will likely offer incentives that bring down the sticker price but on a pure MSRP basis, the Explorer isn’t as good as value as some rivals. And the high-end Platinum version -- which easily hits $60,000 -- doesn’t have near the refinement or sophistication that it should for that kind of money. 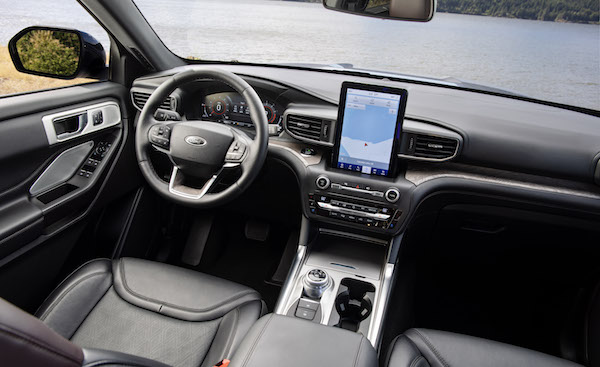 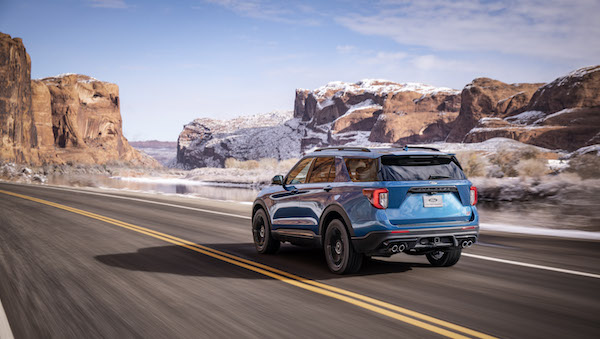 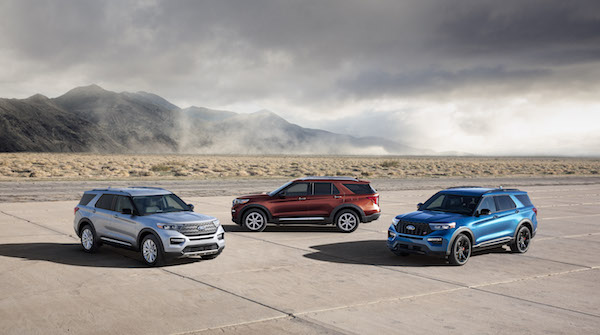 The Limited Hybrid (the only trim level the Hybrid comes in) starts at $53,375. In addition to swapping in the hybrid powertrain, this model also adds unique 20-inch alloys wheels and active noise control.

All-wheel-drive is an extra $2,000 on the Base, XLT and Limited models, an extra $2,195 on the hybrid model and standard on the Platinum and ST models. 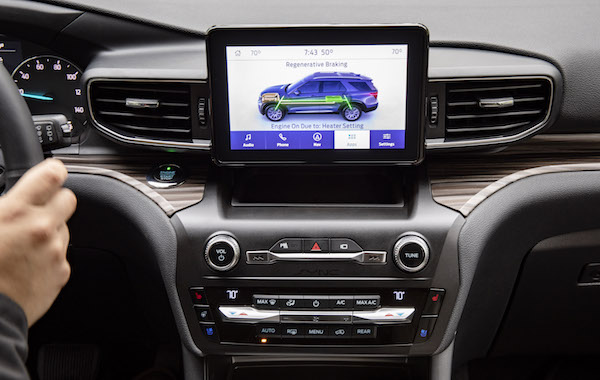 If it were our money on the line, we’d probably just opt for the Base model plus optional AWD (if needed) and be done with it. This version offers everything that’s great about this new generation of Explorer without adding unnecessary features that drive up the cost.

The Explorer competes in a hugely popular segment that offers many strong competitors. While we definitely recommend the Explorer, here are some others you should look at.

Mazda’s CX-9 is the driver’s choice; it doesn’t offer the power or space of most in this segment but it’s perhaps the best-looking and best-driving choice.

Hyundai’s new Palisade and its close cousin the Kia Telluride are both excellent options. They offer plenty of interior space, excellent value and compelling style. Both are absolutely worth a look.

Toyota’s outgoing Highlander should be skipped since it’s outdated at this point and too small in the third row. An all-new model is due for 2020.