The 2019 GMC Acadia is a midsize crossover SUV which competes against vehicles such as the Honda Pilot, Toyota Highlander, Subaru Ascent, Kia Sorento, Nissan Pathfinder.

Available with six or seven seats, the Acadia also competes with two-row SUVs such as the Toyota 4Runner, Honda Passport, Hyundai Santa Fe, Ford Edge, Nissan Murano and Jeep Grand Cherokee. It's also closely related to the new Chevrolet Blazer, which comes only as a five-seat SUV.

The GMC Acadia is also related to the Chevrolet Traverse and the Buick Enclave. The Traverse offers more space at a closer price point to the Acadia than the Buick, and it offers similar features. The Enclave is more similar in size to the Traverse and also has a standard V6, a standard third-row seat with seating for up to 8, and is generally more upscale.

The 2019 Acadia was last throughly redesigned for 2017 and offers the Black Edition trim as the sole new feature for this year. The Black Edition Acadia adds black wheels, black exterior styling trim, and black roof rails. A more substantially updated 2020 model has already been announced.

Compared to many of the newest and most recently redesigned SUVs, the Acadia certainly has a conservative look to it. The front fascia contains a rounded grille that looks like it would fit on the larger Yukon SUV. From the side, the Acadia is simple. Black and chrome trim pieces border the bottom of the vehicle and its slightly squared wheel arches. 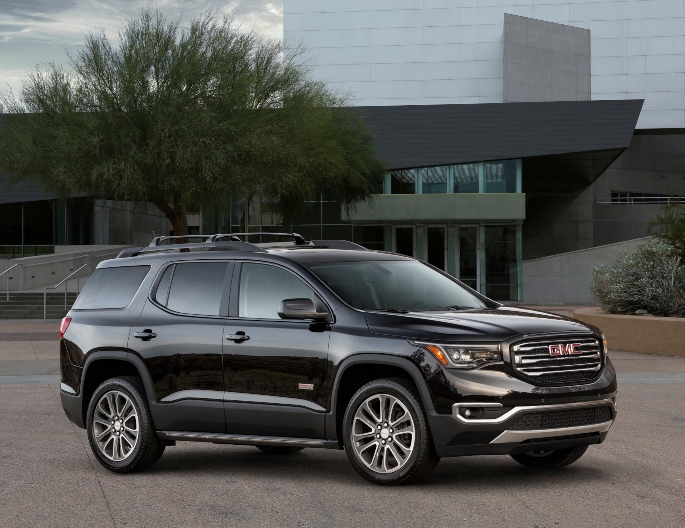 The rear continues the trend of simplicity. The Acadia's taillights are similar in shape to its headlights with a chrome trim piece making up the space between the two. Dual tailpipes ensure a clean finish to the Acadia's form and add a nice touch of quality to the SUV.

Overall, the Acadia has soft lines without being overly rounded and has no overwhelming styling elements. Buyers may find the Chevrolet Blazer or Mazda CX-9 more visually interesting, however. 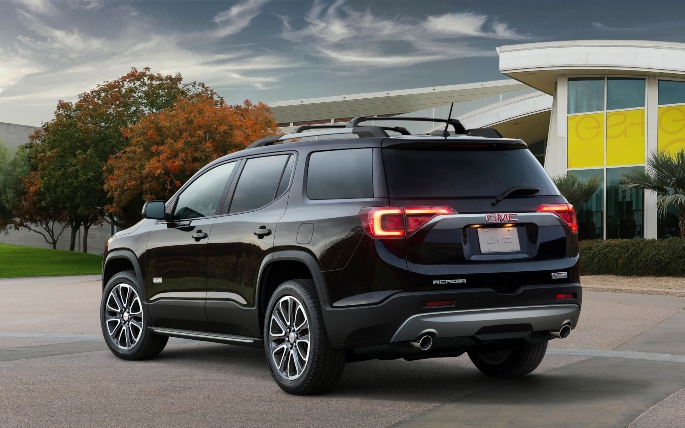 Seventeen-inch wheels are offered on the base trim of the Acadia, which are relatively small by today's standards, but the 18, 19, and 20-inch wheels are available on higher trims.

Reviewers praise the Acadia's ride comfort as one of the best in class. Seats are noted to be comfortable without being overly supportive. Even the second-row seats are reportedly comfortable for adults.

The back seats in three-row configurations are noted to be cramped as the Acadia is smaller than the previous generation and many other true three-row SUVs. Reviewers note that even small children may be uncomfortable for long periods of driving.

Cabin quality and styling are simple, non-offensive, and perhaps bland, according to reviewers. Quality materials are used throughout the cabin with simple infotainment and climate controls, though many reviewers note that fit and finish is not as good as it should be. Panel gaps are noted to be larger than average. 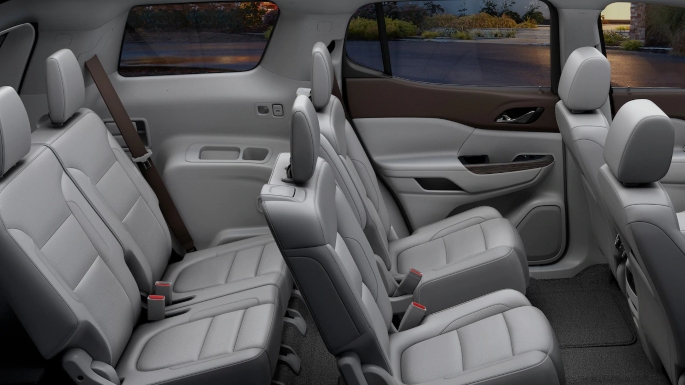 Reviewers praise the limited amount of cabin and road noise with the lack of suspension crashing over bumps and rough roads.

Utility and practicality are both average by the standards of this class. Rivals such as the Chevrolet Traverse and Honda Pilot offer considerably more space.

Even though the third-row seats are cramped, the way the second-row seat slides allows reviewers easier access to it. Wide door openings allow for reviewers to step comfortably into the first and second rows.

The cargo area in the Acadia is only average for the class, but a wide cargo deck and fold flat seating allows for easy loading and unloading with plenty of usable space, according to reviewers. 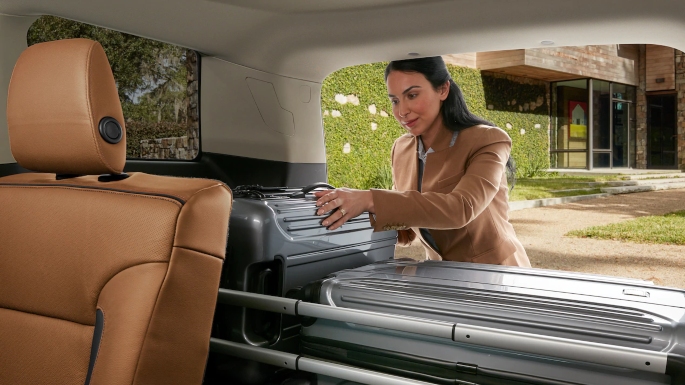 Two additional cargo areas can be found under the load floor, further increasing usable space in the rear cargo area. The number of interior storage compartments is noted by reviewers to be lacking compared to competitors.

Adding to the Acadia's versatility is the available All Terrain package, which adds hill descent control and GMC's advanced twin clutch all-wheel-drive powertrain. Detracting slightly from its utility is its 4,000-pound maximum towing capacity, less than many other SUVs in the segment. 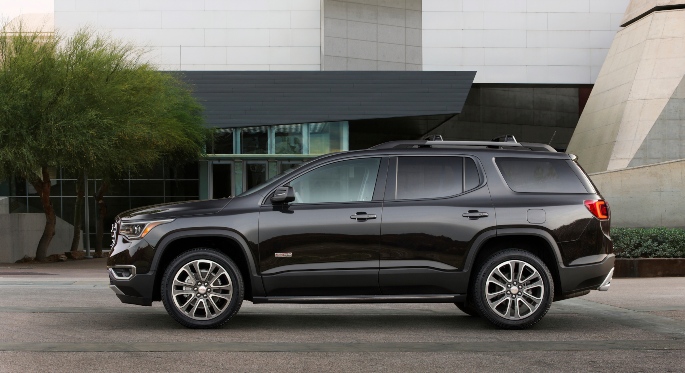 Visibility is noted by reviewers to be average. The driver's seating position is reportedly good, but the steep windshield and rear pillars obscure views on all sides, according to testers. 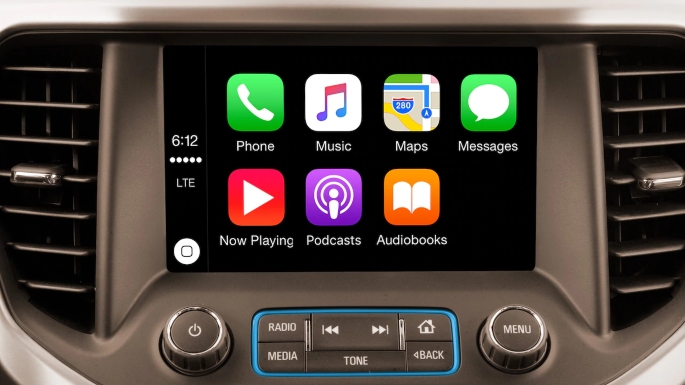 The Acadia is a very safe vehicle, earning a five-star crash test rating from the National Highway Transportation Safety Administration and a Good overall rating from the Insurance Institute for Highway Safety.

It should be noted that the front-wheel-drive Acadia only earned a four-star overall safety rating from the NHTSA. The IIHS awarded the Acadia a Superior score for its wide array of available driver assistance systems.

Acadia reviewers are very pleased with the overall driving experience it provides. Though not a performance vehicle, the Acadia is well suited for regular commuting, family trips, and as a run-around vehicle for the average consumer.

All engine options are paired to a 6-speed automatic transmission which is noted by reviewers to be smooth and surprisingly responsive.

Almost all reviewers praise the power availability provided by the V6 engine. Acceleration is noted to be surprisingly quick for a vehicle of this size. It only took testers 6.3 seconds to reach 60 miles per hour, a best-in-class time.

Braking is another highlight for Acadia testers. It is noted to have a solid feel throughout the pedal travel with a consistent, firm bite.

Fuel economy is near the top of the class when compared to its competitors, especially when equipped with the smaller four-cylinder engine and front-wheel-drive.

Buyers who want a reasonably-priced, safe, fuel efficient, comfortable crossover SUV with a third-row seating option for emergency use will get the most out of the Acadia. Its optional four-cylinder engine makes it an appealing choice over many competitors who only offer a V6 engine.

Its reasonable variety of standard infotainment equipment and technology features are enough for most any family to be comfortable on a daily basis.

For those who need the maximum amount of interior cargo capacity, a consistent third-row seating option, and some adventure-focused versatility, the Acadia falls short.

Though the All Terrain package does offer an advanced all-wheel-drive system, which increases its poor weather capability, the Acadia is not well-suited for serious off-roading the way a Jeep Grand Cherokee or Toyota 4Runner is.

The base model GMC Acadia SL comes standard with the 2.5-liter engine, front-wheel-drive, and is a strictly built-to-order model, offering only white and silver color options. Pricing starts at $30,195 with destination charge included.

The SL comes with second-row bench seating, allowing it to seat up to seven passengers.

The Acadia SLE starts at $33,995, including destination, and comes standard with front-wheel drive and the 2.5-liter four-cylinder engine. The SLE-1 and SLE-2 are both SLE subtrims.

The SLE-2 is much more generously equipped and starts at $36,395. It comes standard with 18-inch alloy wheels, heated front seats, a power adjustable driver's seat, a power liftgate, foglights, and roof rails.

Second-row captain's chairs replace the bench seating from the SLE-1 and below, decreasing passenger capacity to six.

Other optional extras on the SLE-2 include a dual-pane sunroof, All Terrain Package, and the Trailering Package, which consists of an advanced cooling system, trailer hitch, wiring harness, and an enhanced rearview camera with a centerline display.

The Acadia SLT starts at $39,195 with destination included. It comes standard with front-wheel-drive and the 2.5-liter four-cylinder engine. It is also broken down into SLT-1 and SLT-2 sub trims, both of which come standard with second-row captain's chairs rather than bench seating.

Both the All Terrain Package and Trailering Package are available upgrades.

The Trailering Package is standard on SLT-2 models.

The top-of-the-line Acadia Denali comes standard with the V6 engine and front-wheel-drive. It starts at $46,695, including destination. All-wheel-drive is a $2,000 option.

Optional features include a rear entertainment system and the Technology package. Included in the Technology Package are adaptive cruise control and a top-down 360-degree camera.