Sometimes pickup trucks are the only vehicle for the job. Trucks are still high in demand in the U.S., and that means the used market is quite healthy with plenty of options in a lower price range. If you're on a budget and looking for a cheap used truck under $5,000, then you have a lot to choose from as long as you're willing to buy a higher mileage vehicle or take a two-wheel-drive model over four-wheel-drive. Let's take a look at 12 used truck bargains. 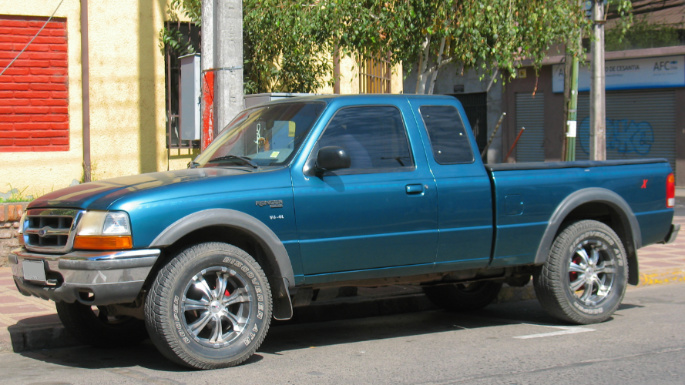 The Ranger is a midsize Ford pickup that has been around since the 1980s. It offers a range of body styles, including single cab, extended cab, four-cylinder and six-cylinder engines. The Ranger sold well, so there are plenty of used ones on the market, and replacement parts are easy to come by as well. The third generation of Ranger received minimal changes during the 14 years it was produced. Another option to consider is the Mazda B-Series pickup from the same timeframe as it was mechanically identical to the Ranger. 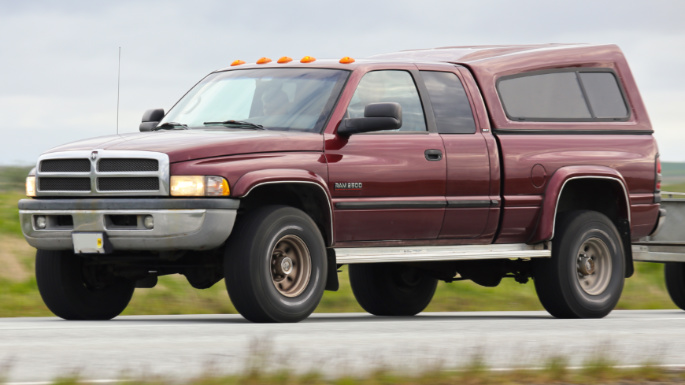 If you're in the market for a used heavy-duty pickup, then an older Dodge Ram 2500 with a Cummins diesel is a solid choice. Not only were the trucks themselves very durable, but the Cummins diesel was well-known for racking up well over 100,000 miles without too many problems or significant repairs. Considering that a truck in the $5,000 price range is likely to have high mileage, it's essential to find vehicles known for their reliability over the long haul. 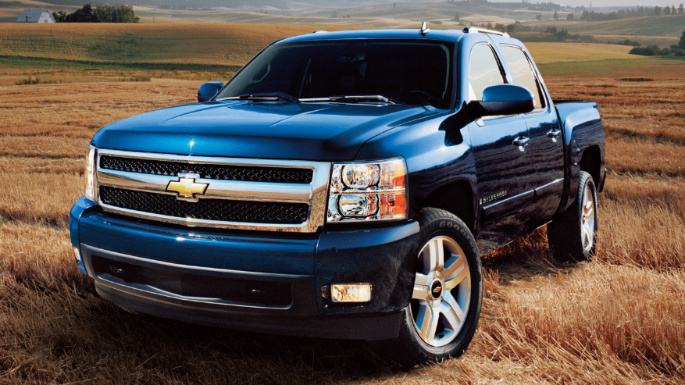 Chevy's larger truck, the Silverado 1500, has plenty of available models on various auto listing sites. In terms of the newer models, you'll likely be looking at the regular cab, two-wheel-drive versions of the truck. These are work trucks, but since vehicles for fleets or contractors must be reliable, they will likely be well-maintained despite having higher mileage. If you want something beyond the basic work truck, then you can look at older models to find some extended and crew cab models. The V6 versions are where the most savings are, but you may be able to find V8 models as well. The Silverado's mechanical twin is the GMC Sierra, which can be found in this year range as well. Like the Ranger, the Silverado offers mechanical simplicity and a wide variety of available replacement parts. 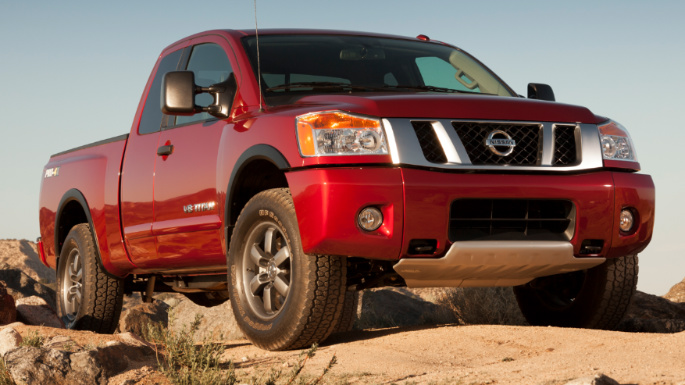 The Titan has been in production since 2004, and the age range listed here is its first generation. To find one around the price range of $5,000, you'll be looking towards the beginning of that range and likely at two-wheel-drive versions. The Titan did not come with a regular cab, so you'll only find extended cabs and crew cabs with four doors. The only engine offered was a 5.6 liter V8 paired with a 5-speed automatic transmission. Generally speaking, used Titans at this price range typically have high miles and might be a little worn cosmetically. 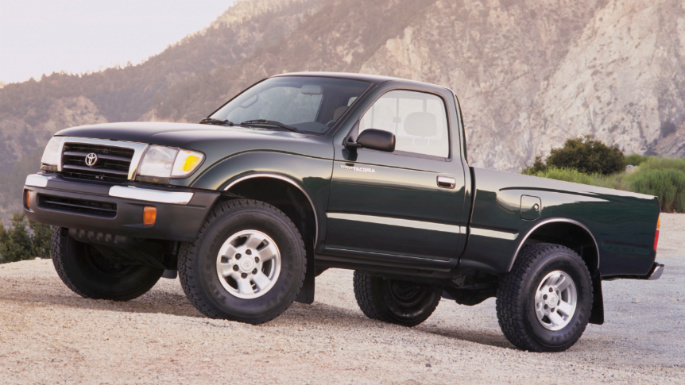 The Toyota Tacoma probably has some of the strongest resale values of any used pickup truck, but if you look in the earlier year range at higher mileage vehicles, you can find some under $5,000. If you look at two-wheel-drive trucks, then you can find some a bit newer. The good thing is that the Tacoma is well-known for its reliability, so it's not a significant risk to get a high mileage model. Watch for rust, however. Along with the Tacoma, you might also consider the Toyota pickup made before the Tacoma's release. Those were known for going well over 200,000 miles, and you should be able to find four-wheel-drive models as well. 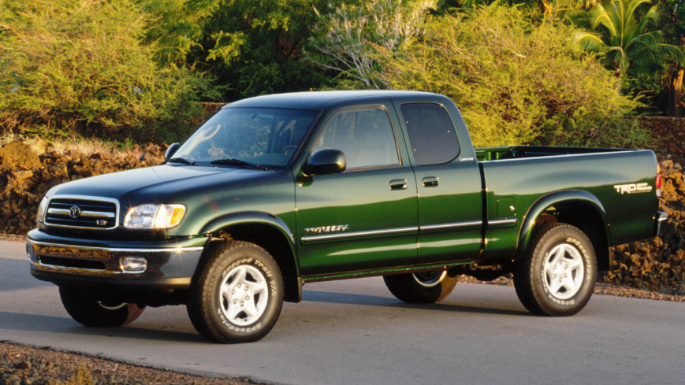 Along with the Tacoma, the larger model of Toyota pickup is also a respectable choice. However, it's much harder to find one under $5,000 as they were rarely used as work trucks. The Tundra offers both V6 and V8 engines, but far fewer Tundras were sold over the years versus trucks like the Silverado and Ranger, which means the used market is a bit sparse. The V8 option was surprisingly affordable, and if you look at higher mileage two-wheel-drive Tundras, it's possible to find them around $5,000. 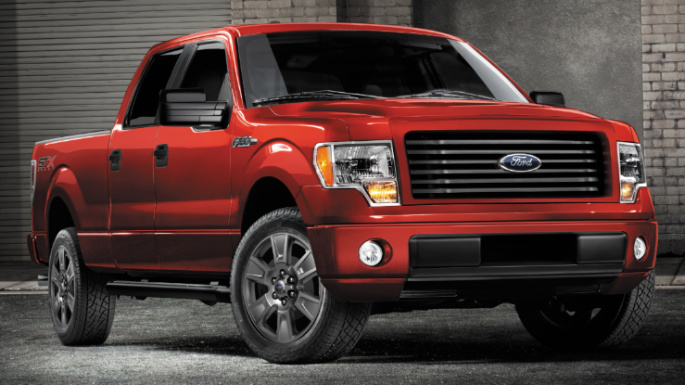 Another well-made used truck from Ford, the F-150 is a step up from the Ranger in size. The majority of F-150s available for around $5,000 are models between 2004 and 2008. Most of these are two-wheel drive, but there are some four-wheel drives available as well. You can find various options here, including double cabs, short beds and long beds. To find more features, you'll likely be looking at trucks with higher mileage, but like the other vehicles on this list, the F-150 was built to last. 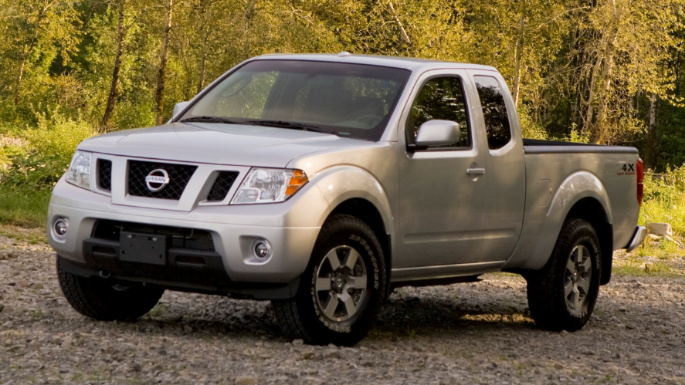 The Frontier is Nissan's midsize pickup, and it's much less prolific than the Tacoma, though still very durable. That means it's even easier to find models under $5,000 versus the Tacoma. However, you'll still generally be looking at high mileage two-wheel drive options. The main difference between looking for a used Frontier vs. a used Tacoma is that you should be able to find newer versions of the Frontier, which makes it an excellent value truck. 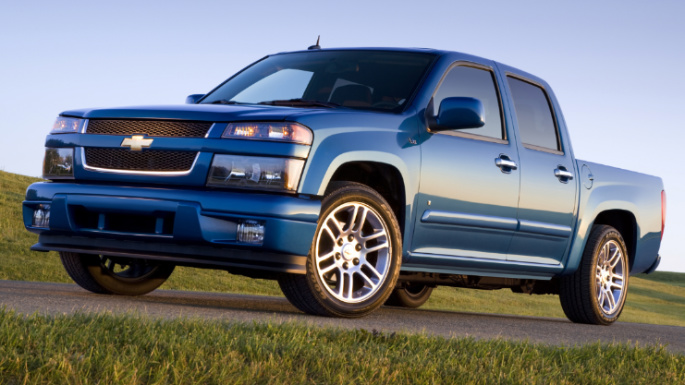 The Colorado replaced the old S-10 model for 2004 first-generation models can be found in the $5,000 price range. In this generation, the Colorado offered two bed lengths and three cab styles. The majority of Colorado trucks priced at $5,000 are two-wheel-drives just like most of the trucks on this list, but some four-wheel-drive versions are out there with higher mileage. It's also good to consider the Colorado's identical platform twin in the GMC Canyon. 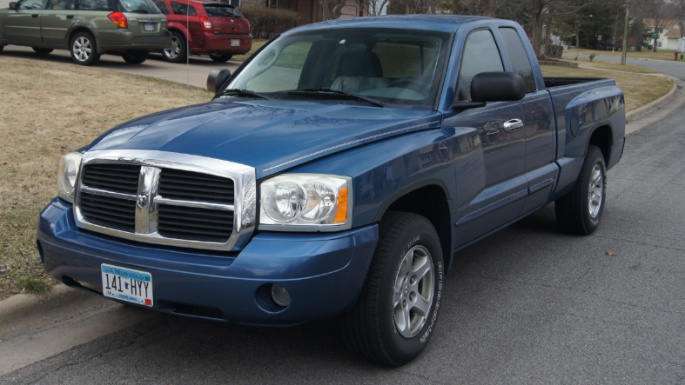 The last generation of Dakota was available with a 3.7-liter V6 and two different 4.7-liter V8s. The main distinguishing feature of the Dakota during its run was that it had the most cab space and the longest available standard bed compared to other midsize pickups. Like the Titan, the Dakota only offered extended and crew cab versions. While you're looking at Dakotas, don't forget the rather rare Mitsubishi Raider, which was identical to the Dakota in mechanical components. 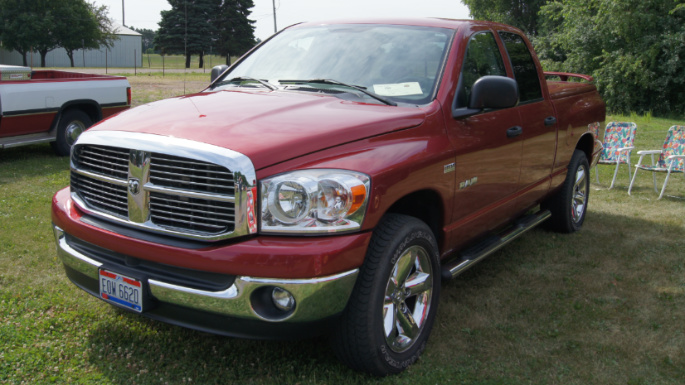 Similar to the large trucks from Chevy and Ford, the Ram 1500 offers plenty of power, towing ability and payload. A V6 and two V8 engines were available during this period, and the majority for sale used are equipped with the larger engines. There are plenty of two-wheel-drive Rams on the market in the $5,000 price range, but quite a bit less in four-wheel drive. Either way, you'll get hauling ability up to 1,400 pounds and towing up to 8,550. 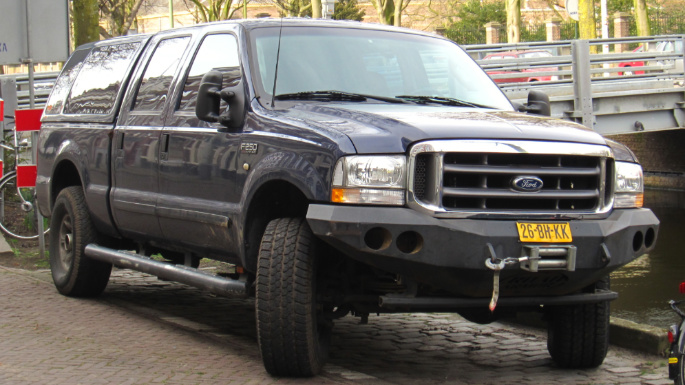 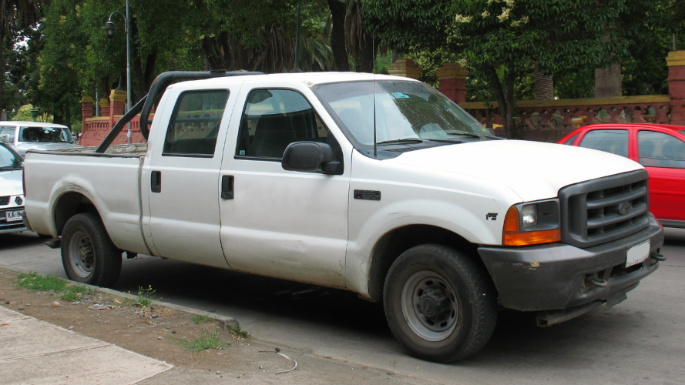 If you're looking for a really heavy-duty work truck, then it's hard to look past the F-250 and F-350. Many of these on the used market are also selling with various utility features like a dump bed or snowplow. Work trucks like this typically hold their value well, so you might be in for a bit of a hunt for an example that is both affordable and in reasonable condition.