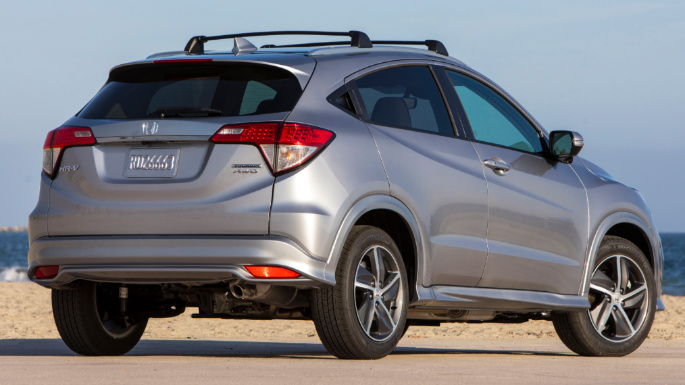 The HR-V is a subcompact crossover, Honda’s entry-level model under the CR-V, Passport, and Pilot. It’s also among the company’s least-expensive offerings, making it appeal to younger buyers and swaying them with available all-wheel-drive, a spacious cargo area, and slightly sportier looks than its more expensive models.

After some moderate styling and equipment changes for 2019 that brought a lower-cost Sport model with larger wheels and more features over the base LX and a new top-trim Touring model that added new premium equipment, the HR-V is unchanged for 2020.

The HR-V is available in five trim levels. 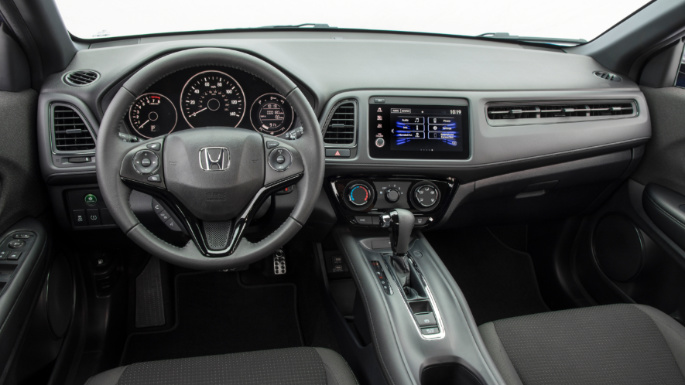 The National Highway Transportation Safety Administration (NHTSA) awarded the 2020 HR-V five stars in overall safety ratings, its highest score, for front and side crash tests. The Insurance Institute for Highway Safety (IIHS) gave the HR-V its 2019 Top Safety Pick, the second-highest rating. It scored well in all crash test measures while scoring well in crash prevention on models equipped with the Honda Sensing package of driver assistance technology features.

The Honda Sensing package includes features such as adaptive cruise control, forward collision warning, automatic high beam assist, lane departure warning, and lane-keep assist. It also incorporates features known as Collision Mitigation Braking System, which adds brake force in the event of an impending collision, and Road Departure Mitigation, which can sense if the vehicle is veering off the roadway and tries to steer it back into a lane.

Unfortunately, these features aren’t available on the base two HR-V trim levels. And the IIHS only deemed the top-trim Touring’s LED headlights to be Acceptable in testing – all other models had poorer-scoring lights. 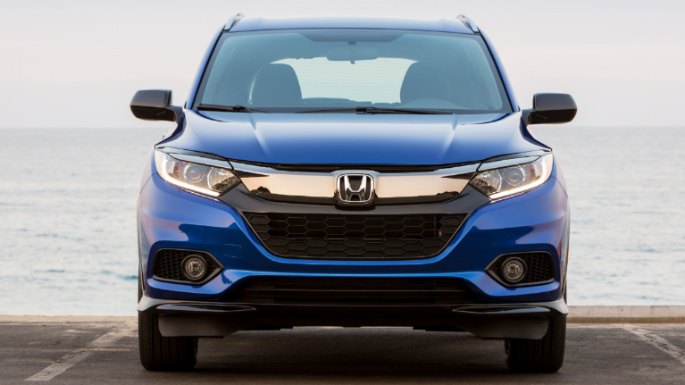 At just over $22,000, the HR-V LX comes reasonably well-equipped for the class, with 17-inch alloy wheels, Bluetooth streaming audio, USB port, and a multi-angle rearview camera. But other than that, it’s somewhat sparsely equipped compared to a similarly priced compact sedan.

For $1,700 more, the Sport adds useful features such as Apple CarPlay and Android Auto compatibility, while the EX goes further and brings in useful driver assistance technology and heated front seats – but for around $25,000.

At the top end, the Touring gets leather upholstery, a power driver’s seat, auto-dimming rearview mirror, and built-in navigation, but for more than $30,000. That’s well into the territory of well-equipped, larger SUVs. That’s why the front-drive EX trim is likely the best value in the lineup.

A Nissan Kicks, meanwhile, has a base price that’s roughly $4,000 less than the HR-V, although that model has less horsepower and doesn’t offer all-wheel-drive at all. A Subaru Crosstrek starts at around the same price as the HR-V and includes standard all-wheel-drive, but doesn’t have the interior space of the Honda. 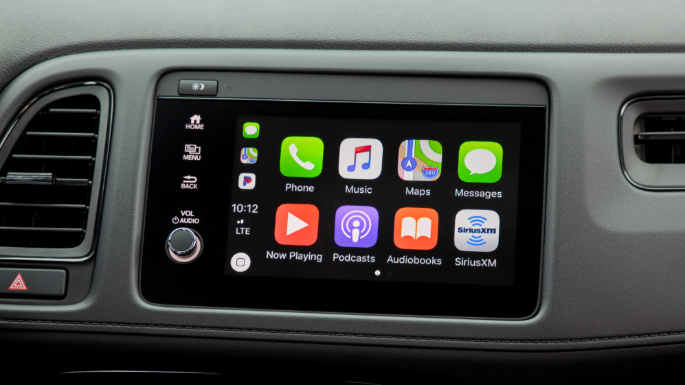 All but the base LX model get a 7-inch touchscreen with Apple CarPlay and Android Auto compatibility, while only the top Touring trim level gets built-in navigation. The HR-V LX makes do with a 5-inch display and Bluetooth streaming audio and a USB port.

But even the HR-V’s upgraded infotainment system was behind the times when it debuted and isn’t aging particularly well. The menus are confusing, response times slow, and some of the fonts are grouped together too closely.

The Buick Encore GX, Fiat 500X, and Jeep Renegade have slick and responsive infotainment systems, while the Nissan Kicks’ system is at least easy to use and clear. A volume knob is the HR-V system’s only physical control, and it’s too reliant on touch-sensitive shortcut buttons that are hard to use at a glance.

Most HR-Vs are fairly basic when it comes to tech features, partly due to the low base price. Apart from smartphone integration and the driver assistance systems, there isn’t much offered throughout most of the lineup. EX and higher get an automatic climate control system with touch-sensitive buttons that are harder to use than rotary-style knobs, while keyless entry and push-button start are also standard at that level, along with satellite radio and HD radio.

Only the Touring offers a universal garage door opener and LED headlights. A power liftgate isn’t available at all, as it is on rivals such as the Mazda CX-30. And while Honda’s LaneWatch system allows a camera image of what’s on the right side of the vehicle to be projected in the infotainment screen, it’s not exactly a good substitute for traditional blind-spot monitoring that’s becoming more common in this class. 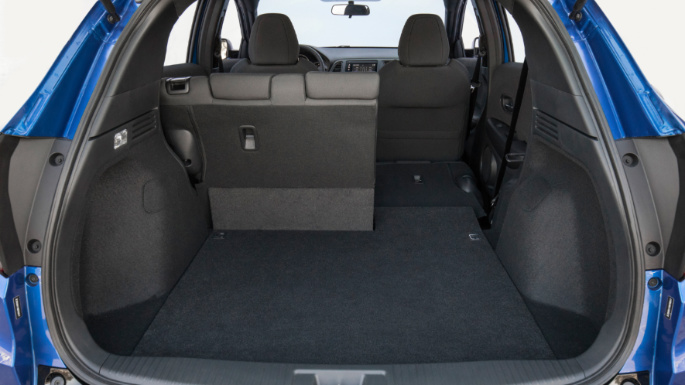 Part of the HR-V’s appeal is how cavernous the interior can be for a vehicle with such a small footprint. At nearly 59 cubic feet of cargo space with the rear seats folded, the Honda has nearly as much space inside as the larger Mazda CX-5 compact SUV. It has vastly superior cargo space to the Mazda CX-30, Nissan Kicks, Toyota C-HR, and even more than the externally larger Buick Encore GX and Subaru Crosstrek.

The HR-V can do this because of its so-called “Magic Seat” folding system, where the rear seat folds flat with the very low cargo floor. The seat bases can also be folded up to allow tall items to be loaded through the rear doors. But a low cargo floor and tall ceiling mean it’s easy to pack the HR-V up with lots of boxes.

The low floor is also flat, which gives rear passengers lots of space to spread out. While the HR-V is slightly too narrow to sit three adults across comfortably in the back seat, three kids should be fine and two adults more than comfortable. People in the front have a reasonable amount of headroom and legroom, although the wide console may impede knee room for some taller occupants. The center console is two-tiered, with cupholders up top and storage for phones or wallets on the lower level. The door bins are also spacious. 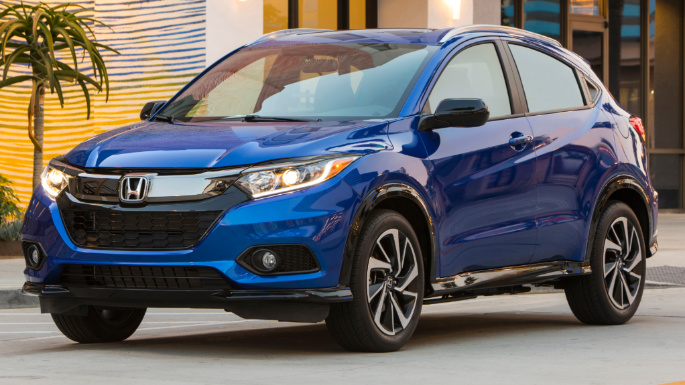 Honda gave the HR-V exterior styling that focuses on form more than function. Other than a corporate-looking front end, the HR-V’s appearance owes little to the other SUVs in the Honda lineup. That arguably helps it stand out a little more than its rivals, without resorting to the two-tone paint that the Nissan Kicks and Toyota C-HR resort to. The upswept windows towards the rear, however, impede the view out, especially for kids. And those kids won’t necessarily like the hidden handles for the rear doors that are a bit of a reach.

At least the moderately sporty rear styling doesn’t harm driver visibility too much, and the HR-V’s tidy exterior dimensions make it a snap to drive in tight spaces. The interior controls, unfortunately, aren’t always as straight forward. The automatic climate control system on EX and higher trims isn’t as easy to use as the rotary knobs on LX and Sport trim, while the touchscreen infotainment system on all but the base LX is tricky to use.

The instrument panel, however, is more straightforward than some other recent Honda designs. It’s also easy for most drivers to get comfortable, as the steering wheel and seat have a wide range of adjustment, even if a power driver’s seat is only available on the most expensive Touring grade. 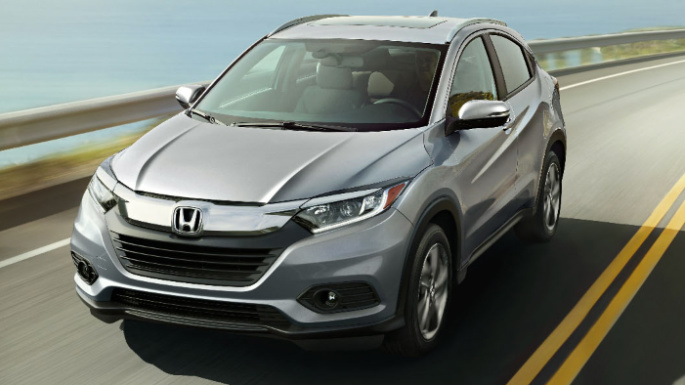 All HR-V models use a 141-horsepower, 1.8-liter four-cylinder engine mated to a continuously variable transmission. Front-wheel-drive is standard, while all-wheel-drive is available.

Especially on AWD cars, the HR-V is sluggish under heavy acceleration. While the Honda has about 20 more horsepower than a Nissan Kicks and is on par with a Toyota C-HR, its weight and transmission smother the power at speeds that far exceed those in urban driving. Sport and higher trims are tuned to simulate a 7-speed automatic transmission and have paddle shifters to “downshift” into preset ratios, but this doesn’t necessarily improve acceleration. The torque found in the turbocharged engines from the likes of the Buick Encore GX, or the additional 40-plus horsepower on the Mazda CX-30, make those vehicles easier to live with.

And under hard acceleration, the HR-V can get loud inside. But that’s typical for the class, and for the most part, the Honda is mostly quiet when cruising on the highway. Its ride is also more compliant than most small SUVs, while it also has a solid feel and isn’t particularly susceptible to crosswinds as some small, tall cars are. 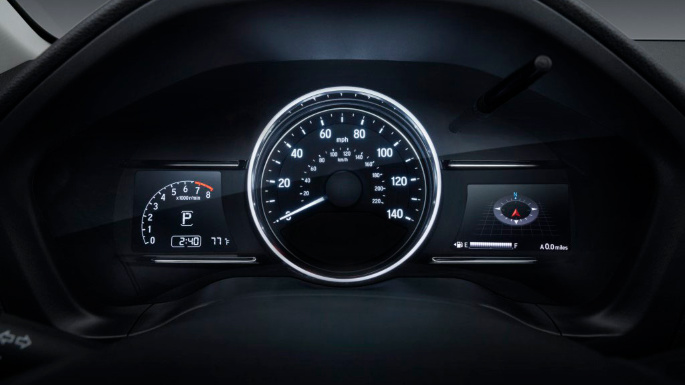 Those figures look competitive against the HR-V’s immediate rivals, performing slightly better than the Hyundai Kona, Mazda CX-30, Toyota C-HR, and Jeep Renegade. Only the Nissan Kicks and Buick Encore GX do better. But closer comparisons reveal the HR-V does no better than the larger Honda CR-V, which is also significantly more powerful.

The HR-V all-wheel-drive also does slightly worse than the much larger Subaru Outback with its standard all-wheel-drive. As is the case with many small SUVs, size doesn’t necessarily guarantee superior fuel economy. 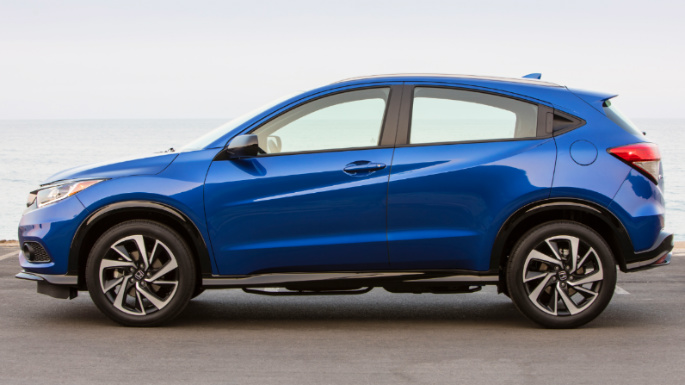 The HR-V EX-L starts from $26,690 MSRP. It adds to the EX a leather-wrapped steering wheel and shift knob, leather upholstery, and an auto-dimming rearview mirror.