The Jeep Cherokee is an iconic SUV that has changed dramatically over the past 50 years. Historical models have retained a cult-like following and have seen prices jump significantly in recent years. The newest Cherokee models, meanwhile, offer modern amenities and excellent off-road capability for consumers who want the best of both worlds.

Despite these numerous changes, the Cherokee's primary purpose has remained the same: To be one of the most capable and rugged SUVs available on the market. 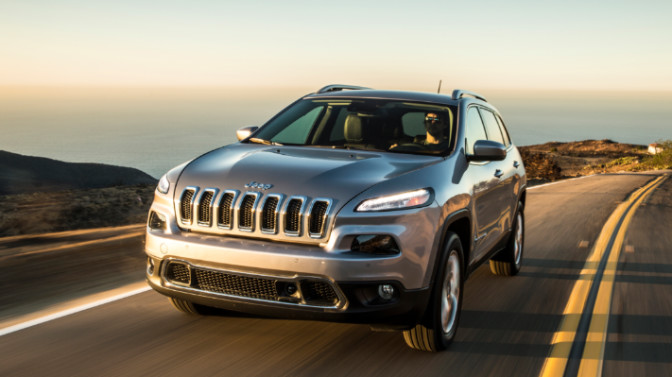 To replace the old Liberty, Jeep brought back the Cherokee name for 2014. The third-generation Cherokee was the most significant departure from traditional Cherokee styling ever. Its smooth lines, consistent with other modern SUVs, did not subtract from the Cherokee's off-road capabilities.

Three different four-wheel-drive systems were available depending on the trim level. A 2.4-liter four-cylinder or the 3.2-liter V6 were offered. Both were paired to a 9-speed automatic transmission.

Standard equipment with a base model included a Uconnect touchscreen infotainment system, cloth seating, and an optional appearance package. The Latitude trim offered a higher level of technology and luxury features such as a larger touchscreen and a premium sound system. It replaced the Sport model as the base trim in 2019.

The Trailhawk featured the most off-road focused features of any other trim level and came with the most advanced four-wheel-drive systems.

Limited trims came with more luxury items such as heated front seats, remote start, and leather upholstery. An additional trim level, the Overland, was added in 2016 to slot above the Limited to add further standard features. 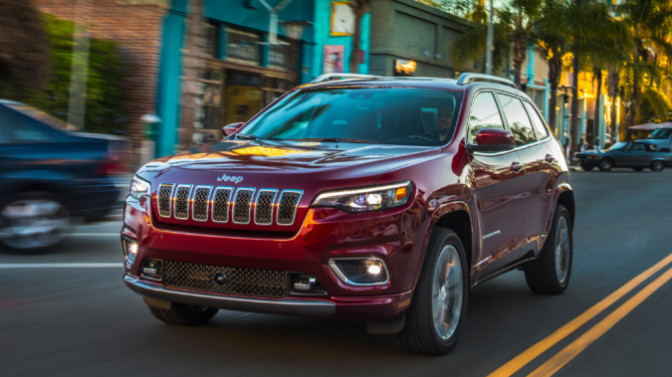 Jeep completed a mid-cycle refresh for 2019, seen above, altering the Cherokee's appearance mainly by changing the formerly controversial front fascia. Additional changes include an optional 2.0-liter turbocharged four-cylinder engine and the upgrading of the Cherokee's infotainment systems to provide Apple CarPlay, Android Auto, and a WiFi hotspot. 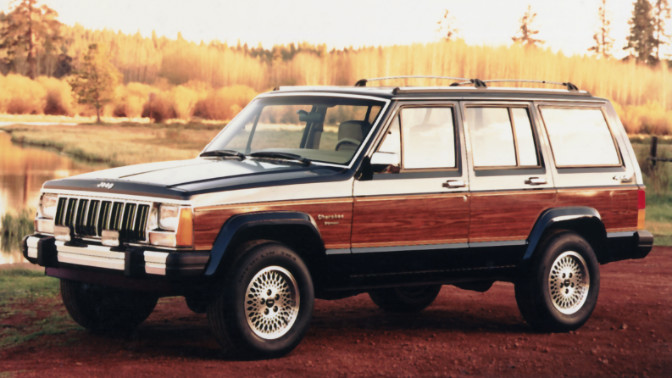 The second-generation "XJ" Cherokee is perhaps the most widely-known and most famous Jeep model to date as it was considered instrumental in the historical development of 4x4 SUV. They can still be easily found as used vehicles and are slowly increasing in value as their collectible status rises. Similarly to the first generation Cherokee, the second generation remained generally the same in terms of styling.

It is known as the first off-road-focused American SUV with a unibody, ladder-box design as well as Jeep's first all-new vehicle design since 1963. It was offered with rear-wheel-drive or four-wheel-drive as well as two or four doors and an automatic or manual transmission. 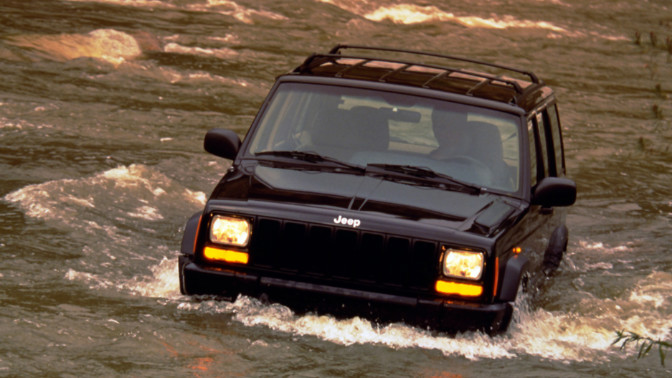 Although a mid-cycle refresh came in 1996, little changed. Exterior updates included adding slightly smoother lines to its still boxy appearance, revised taillights, and replacing the fiberglass liftgate with a steel one. Various trim levels were offered through the XJ's lifespan, with several special editions sneaking into the lineup. The base model – later changed to SE – the Sport, the Classic, the Laredo, the Limited, the Pioneer, and the Wagoneer were the most longstanding trim levels, mostly distinguished by interior cosmetics and material changes. Some trims like the Pioneer, Laredo, and Limited included additional luxuries like air conditioning, keyless entry, and power seats. Most limited trims included special badging, colors, and wheels. 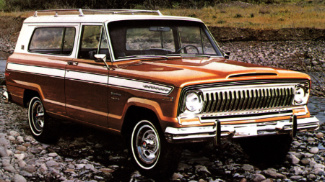 The very first Jeep Cherokee was spun off from the Jeep Wagoneer to replace the Jeepster Commando. The Cherokee was mostly a Wagoneer that was changed from a four-door to a two-door by eliminating the C-pillar. As the Wagoneer was more like a big, rugged station wagon, the Cherokee was designed to cater more to younger buyers who needed less space for a family. Because the Cherokee was simply a shorter Wagoneer, there were not many differences between the two models.

It came with a plethora of engine options, including the 401 AMC V8, which produced 215 horsepower and could out-perform nearly every other competitor. Other engine options included a 5.9-liter V8 with a two-barrel carburetor that produced 175 horsepower, a 4.2-liter inline-six that produced 110 horsepower, a four-barrel carbureted 360 V8 engine, and a turbo diesel. A four-speed manual transmission came standard on all Cherokees, while a General Motors Turbo-Hydramatic automatic was optional until 1979 when it was replaced the Chrylser TorqueFlite automatic. Automatic Cherokees received a full-time four-wheel-drive system, and a transfer case with a low range was equipped as standard for manual transmission vehicles.

They were little changes through the first generation's life, with a few exceptions. The Cherokee Chief package was introduced in 1976 as an additional trim with extended fenders and a wider track for larger tires. The base, sport, Laredo, Golden Hawk, and Golden Eagle trim – which was only offered for the 1979 year – were the only trims offered throughout the first generation and included little more than cosmetics and visual differences. A four-door model was introduced for 1977.