The Kia Optima was released for 2001 and started as a thinly disguised Hyundai Sonata, following Kia's sale to the fellow carmaker from South Korea a few years earlier. It gave Kia a model it never had before and expanded the brand into the competitive midsize sedan segment in the US.

While the Optima and Sonata have shared components ever since Kia has exercised more freedom to give its sedan a style and personality of its own. It has made the Optima a highly competitive vehicle as some other companies have given up on the segment altogether. It was discontinued after 2020 and replaced by the Kia K5.

The Optima was replaced for 2021 with the similarly sized K5 sedan. 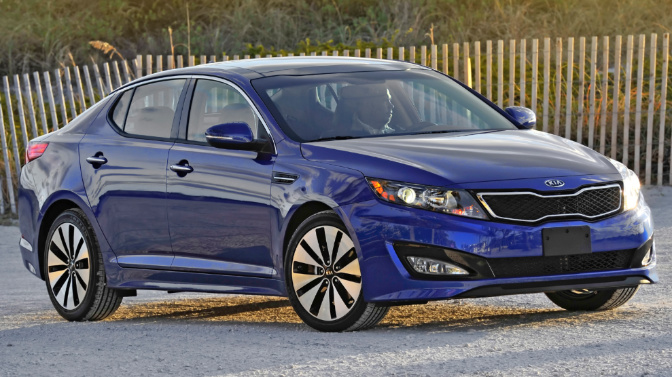 For 2011, Kia introduced the third-generation Optima, and it was a sharp departure for the brand and the segment. With a new elegant exterior, classy interior, and more powerful engines on five trim options – including a hybrid – this new model became an immediate standout amongst competitors. The trims for 2011 were the LX, EX, EX Turbo, SX, and Hybrid. Each model comes with a single powertrain configuration. LX and EX trim levels came fitted with a 200-horsepower, 2.4-liter four-cylinder engine. The EX Turbo and SX models received a turbocharged version of the four-cylinder that put out 274 horsepower. The gas-electric hybrid model received a 2.4-liter four-cylinder engine paired with a 40-hp electric motor for 206 total horsepower. Each engine was paired to a six-speed automatic transmission except for the base LX trim, which offered a six-speed manual transmission option. Significant additions to the list of standard features for the new generation are keyless entry, power lumbar support, and 60/40 split-folding rear seats.

For 2013 Kia modified the Optima's trim lineup, discontinuing the EX Turbo and splitting the hybrid into LX and EX trims. Both hybrid models carry the same powertrain but offer different feature packages. The manual transmission option for the base LX model was also eliminated. A 2014 update brought styling modifications for the front and back ends while trim levels were modified again with the addition of a high-end SXL trim that featured the 274-hp turbo engine. 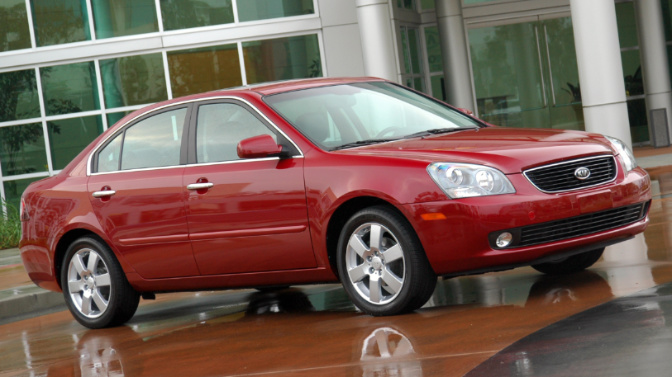 Designed on a new platform, the second-generation Optima was released for 2007. For the first time, Kia significantly altered the styling from the Hyundai Sonata that was released a year earlier, even though the two were still related under the skin. The Optima continued to be offered in two trim levels, the LX and EX, with two powertrain options. Both trims come standard with a 161 horsepower, 2.4-liter four-cylinder engine. The LX trim was mated to a standard five-speed manual transmission or optional automatic transmission, and the EX trim mated to a five-speed automatic transmission. Both variants had the option to upgrade to a more powerful 185 horsepower, 2.7-liter V6 engine. Few components were carried over from the previous model as the Optima made significant strides in driving dynamics and interior quality.

For 2009, Kia gave the Optima lineup a facelift with minor styling tweaks, power increases to both engine options, and an additional sport-oriented SX trim option. Standard features on all models include 16-inch steel wheels, full power accessories, and a six-speaker sound system with a CD player, satellite radio, and auxiliary and USB audio jacks. The standard safety package for 2009 added antilock brakes and stability control. 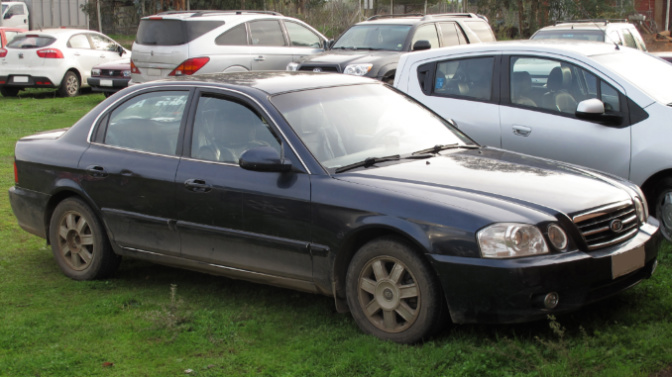 The first-generation Kia Optima was a variant of the Hyundai Sonata and was introduced for 2001 in two trim levels, the base LX and upgraded SE. Both models came standard with a 149 horsepower, 2.4-liter four-cylinder engine mated to a standard five-speed manual transmission or optional four-speed automatic. A more powerful 170-horsepower, 2.5-liter V6 engine, and a four-speed automatic transmission were available. All models came standard with features such as a fully independent suspension, side-impact airbags, and air conditioning.

In 2002, the Optima only received slight modifications, boosting the V6 engine to 176 horsepower and trading the standard 14-inch wheels for 15-inch on base LX models. Kia restyled the Optima the following year with a new grille and headlamps. Inside, the Optima received a new center stack and seat material while adding cruise control and a CD player as standard equipment. While this generation was relatively successful for Kia, a ground-up redesign for 2007 separated the Optima more from its Hyundai sibling.