This Range Rover Velar is the newest member of the Range Rover family, bringing with it immense styling inside and out.

There are three engines available for the Velar, spread across a variety of trim lines. All of them are paired with a standard eight-speed automatic transmission and all-wheel drive. 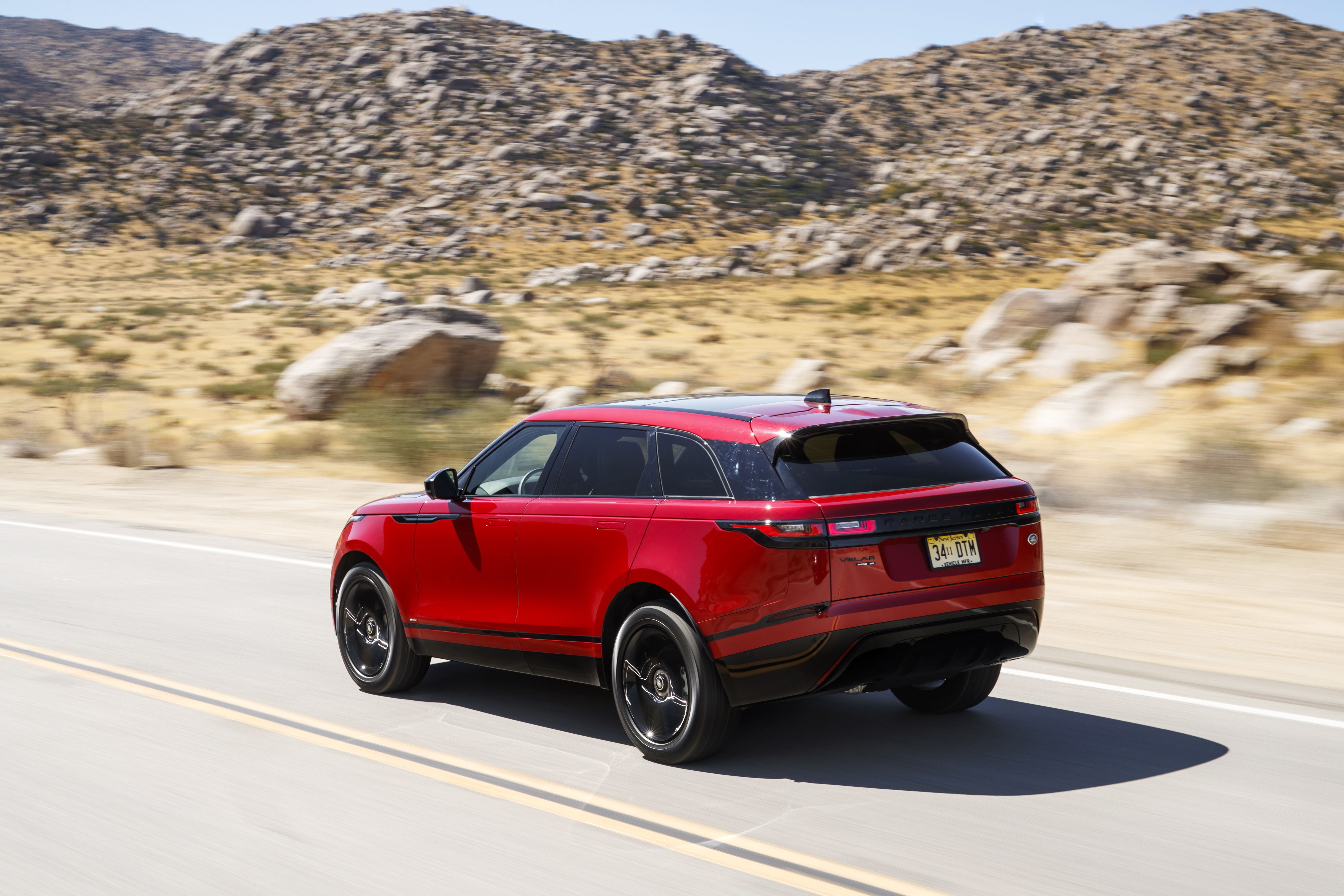 The base engine is a 2.0-liter, turbocharged four-cylinder unit that makes 247 horsepower and 269 pound-feet of torque.

There’s an optional 2.0-liter diesel motor that’s good for 180 horsepower and a healthy 317 pound-feet of torque.

At the top of the heap is the engine we tested, a 3.0-liter supercharged V6 that makes 380 horsepower and 332 pound-feet of torque.

There are a variety of trims available on the Velar, depending on the engine you choose. All three engines can be had in S, R-Dynamic SE and R-Dynamic HSE trims. (R-Dynamic is just a unique trim package with minor tweaks and cosmetic upgrades to the interior and exterior). The base four-cylinder engine also comes in a base Velar trim and the optional V6 engine can be had in a non-R-Dynamic SE version.

The price range for the Velar is wide, starting at $50,895 for the base Velar with the four-cylinder engine and topping out at $78,095 -- before options -- for the V6 model in the R-Dynamic HSE guise.

We tested a straight-forward Velar S with the optional V6.

The Velar competes with a range of luxury crossovers, including the Audi Q5 and SQ5, BMW X5 and X6, the Jaguar F-Pace (which is mechanically identical to the Velar, since Land Rover and Jaguar have the same parent company), the Mercedes-Benz GLC and GLC Coupe and the Porsche Macan and Macan S.

TLDR: Good looks backed up by a great personality 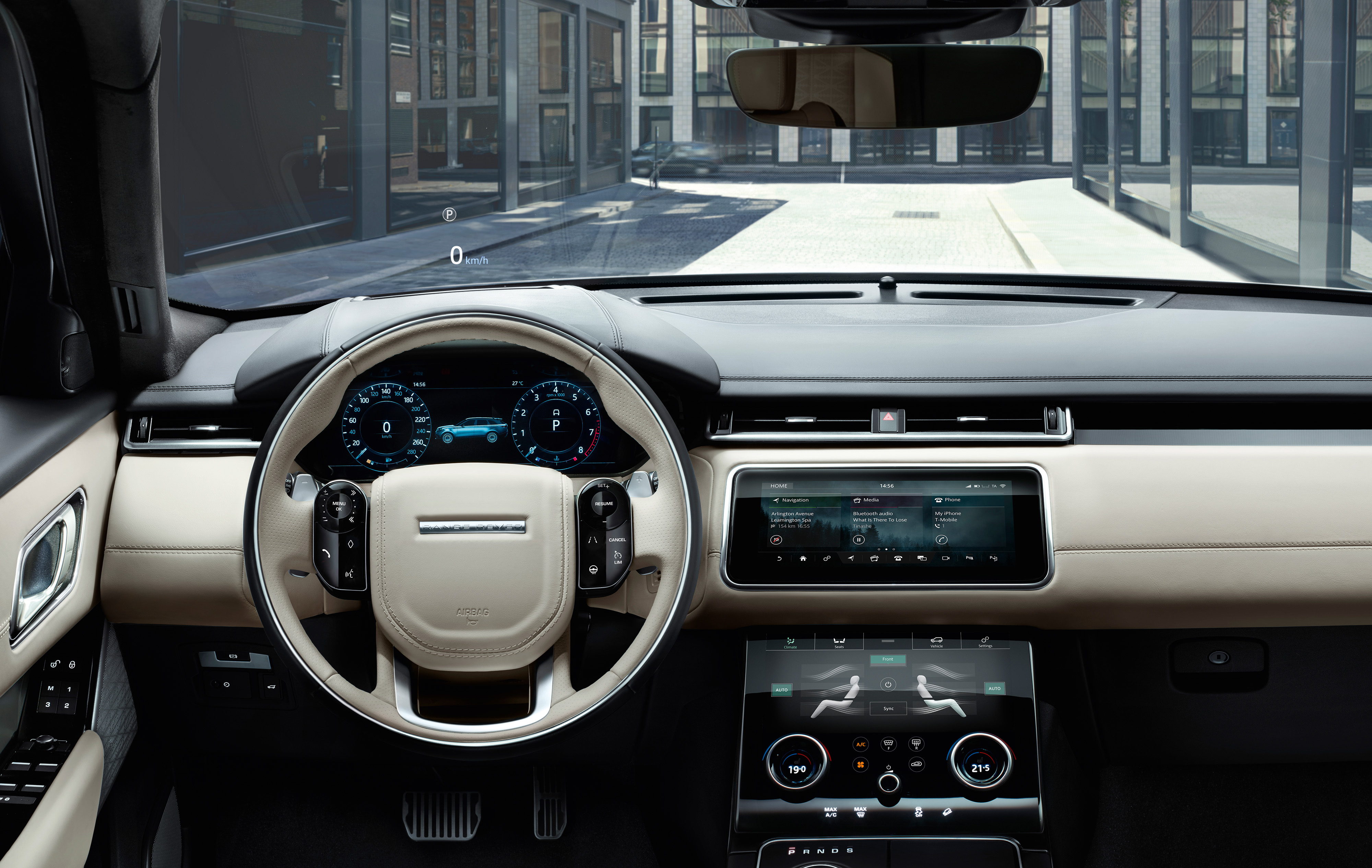 As we mentioned, the Velar starts at $50,895 for the base model with the 247-horsepower, turbocharged four-cylinder engine.

These features also come on the V6 model, which adds $9,500 to the four-cylinder’s base price. The diesel engine adds about $1,500 to the price of a four-cylinder model.

Most trims can also be had with the R-Dynamic upgrade, which adds cosmetic goodies like unique front and rear bumpers with copper accents, front fog lights and larger wheels. Despite the name, there are no mechanical upgrades with the R-Dynamic package.

A fully-loaded R-Dynamic HSE with the V6 engine includes heated and cooled leather seats with massaging and 20-way adjustability up front, parking sensors, lane-keep assist, adaptive cruise control and a panoramic moonroof for around $78,000...and that doesn't include all of the options you could add.

If it were our money on the line we'd choose essentially the mode we tested: a Velar S with the V6 engine since we liked the power that it gives the vehicle. Be disciplined with the options and you'll stay under $70,000.

Or if you're on more of a budget, the Velar with the base turbocharged four-cylinder engine still comes with plenty of style and comfort and can be had for just over $50,000.

The Range Rover Velar sits in the middle of a brutally competitive luxury crossover segment, so there aren’t many bad choices here. As we’ve said, few of its peers can top the Velar’s style -- inside and out. In terms of handling, the smaller Porsche Macan is the model to beat. Audi’s SQ5 is a more low-key choice, but it has a nice mix of power and refinement. Same for Mercedes’ GLC and CLG Coupe.