Powertrain: A 2.0-liter turbocharged four-cylinder producing 245 horsepower and 275 lb-ft of torque offered with both front and all-wheel-drive.

A 3.0-liter twin-turbocharged V6 producing 350 horsepower in a front-wheel-drive layout.

A 3.0-liter twin-turbocharged V6 producing 400 horsepower and 400 lb-ft of torque in an all-wheel-drive layout.

A 2.0-liter four-cylinder engine with a hybrid motor producing 188 horsepower. 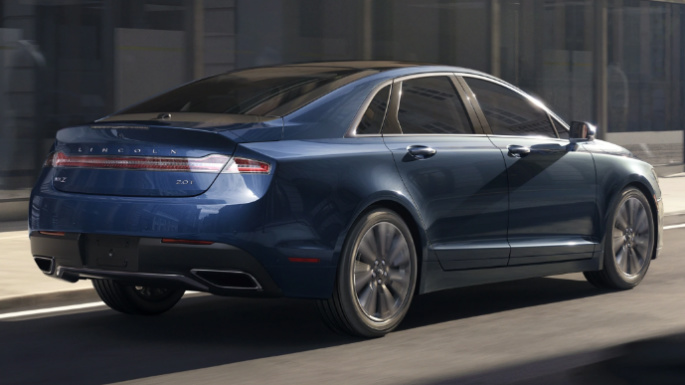 The MKZ’s competition includes the BMW-5 Series, Lexus ES, Genesis G80, Volvo S90, Acura TLX, Mercedes-Benz E-Class, Jaguar XF, Audi A6, and Cadillac CT5. Because of its stiff competition and long current production run, the MKZ has crept down reviewers’ rankings within the pack. Newer designs like the G80, CT5, and S90 and longstanding segment players like the BMW 5-Series, Audi A6, Mercedes-Benz C-Class, and Lexus ES create the necessity for the highest quality and best features, facets reviewers’ agree the MKZ is lacking.

Despite its competition, the MKZ does offer several benefits over several of its competitors, including a fairly low entry-level price tag, a comfortable ride, a powerful V6 engine, and good tech features like Sync 3 and Lincoln Co-Pilot 360. Buyers who are looking for subtle refinement will also appreciate the MKZ for its handsome appearance. Even though it is not as eye-catching as some competitors, Lincoln’s recent efforts to differentiate itself as a separate brand from its parent company, Ford, have shown themselves in the MKZ’s overall design. 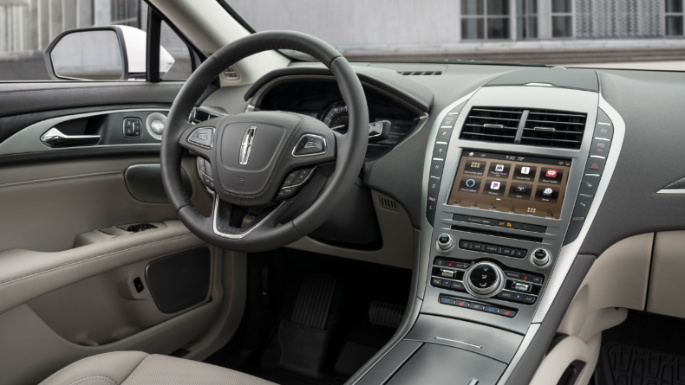 The Lincoln MKZ is a safe car. It earns a good score in nearly all measurable categories from the Insurance Institute for Highway Safety, the exception being a poor headlight score, and five out of five stars from the NHTSA crash tests. 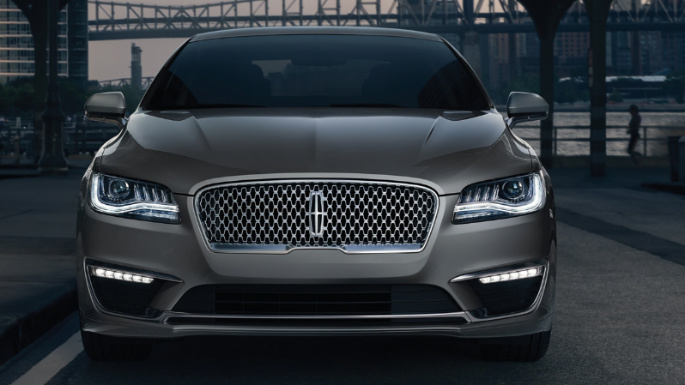 The Lincoln MKZ does offer good value at the surface level. It has a very reasonable starting price tag, and with that, buyers get a comfortable, handsome car with good standard features and a large amount of safety technology. Reliability is also predicted to be better than average, an added value bonus that many luxury vehicles lack.

Despite this, the Lincoln MKZ does not offer the value proposition when compared to its competition in its segment. Because it is marketed as a luxury sedan, it has to compete with Mercedes-Benz, Audi, and BMW, three giants in the luxury vehicle segment. All three offer midsize luxury sedans that cost more but are considered benchmarks of the category. Reviewers agree that the MKZ does not provide as much refinement, as many quality materials, or other advanced luxury features to knock these competitors off the podium.

Additionally, the Volvo S90 and Genesis G80 offer newer technology, sportier ride quality, and more modern design. Even though it is the new kid on the block, the G80 is impressing reviewers with its combination of luxury, ride quality, build quality, and affordable price. The Lexus ES does not quite have the perceived luxury pedigree as Volvo, Mercedes-Benz, Audi, and BMW. Still, it comes with great materials, build quality, and reliability that remains nearly unrivaled across the board.

Even though the MKZ affords buyers the ability to step into the luxury sedan world at a good price, it cannot truly reach the levels of luxury of top competitors in the segment.

Buyers looking for an upgrade from their Toyota Camry or Honda Accord will most likely be satisfied by the MKZ’s offered value. Still, many reviewers agree that the top trim levels of those and other non-luxury midsize sedans will provide a similar experience. 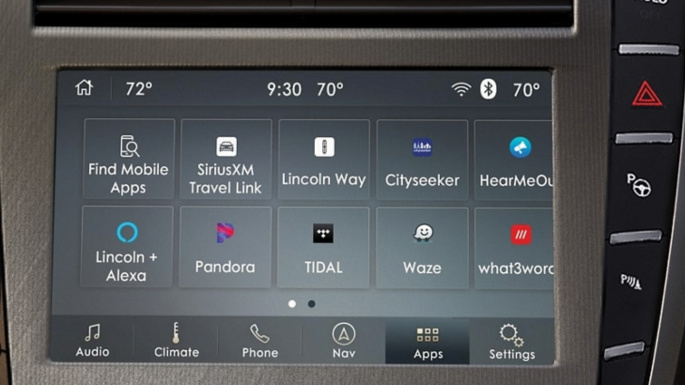 Technology features on the MKZ are a mix of both good and subpar. Similar to other categories, the MKZ generally offers many standard features but can’t compete with top-level competitors in the options department. 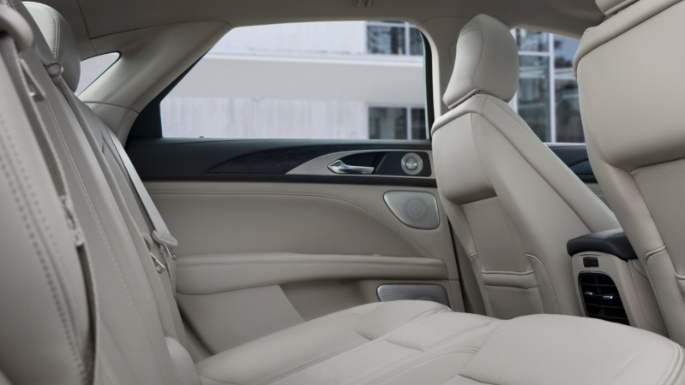 According to reviewers, the MKZ is a mixed bag in terms of practicality.

Cargo space is one area in which the MKZ excels. It offers 15.4 cubic feet of space, bettering the BMW 5-Series by more than one cubic foot, the Mercedes-Benz E-Class by over two cubic feet, and the Audi A6 by nearly two cubic feet. The Lexus ES and Jaguar XF are the only two competitors to beat the MKZ for trunk space, but reviewers note that the MKZ’s trunk opening is narrow relative to the cargo space.

The interior passenger room is also a contested area for reviewers. Most agree that the front seats offer a comfortable and supportive experience, neither competing with the very best in the class nor being as stiff as the worst in the class. Rear passenger seating is said to be both good and bad. Though the seats are still comfortable, some testers find the headroom tight because of the low roofline. As a result of this and the thick pillars, getting into the rear seats is slightly less comfortable than many think it should be. Once inside, the legroom is average for most adults. Taller reviewers find it to be a little tight while most average-sized reviewers find it acceptable. Most agree that the fifth middle seat is not ideal except in a pinch. Cabin ergonomics and ease of use are average.

Visibility is one of the car’s downsides. The same thick pillars that prevented easy access limit rear visibility. Many reviewers also find that the trunk lid and roofline pinch off visibility straight rearward as well.

The MKZ’s available all-wheel-drive earns it some more practicality points for driving safety and handling the engine’s power. Even though all-wheel-drive is a great option, it is par for the course as all others in the segment also offer all-wheel-drive. 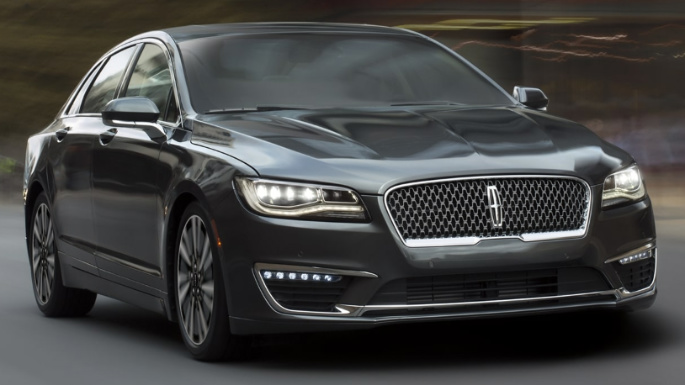 In the cabin and exterior styling, the Lincoln MKZ displays more of an old-school luxury design than many competitors. According to reviewers, most competitors offer more comprehensively modern styling with sporty exterior features and well-sorted interior design.

Many traditionalists will like the MKZ's exterior. It is simple and handsome, but there are no risks taken, as in the Lexus lineup's bold styling or the new Cadillac CT5. The MKZ's smooth exterior lines, reserved front fascia, and full-length rear taillight suit the car yet show its age. The Genesis G80 does a much better job of combining the most modern styling features with several historic luxury design features. The Volvo S90 is much more striking while still displaying an executive look.

Lincoln’s interior falls behind most competitors. Reviewers find it to be simple and clean, yet uninspiring and bland. That is not necessarily a bad thing for buyers who find an uncluttered modern interior to be refreshing. Still, the standard set by other competitors and recently refreshed models makes reviewers feel that the MKZ’s interior offerings are becoming outdated. Additionally, interior materials are good though not outstanding -- a downfall compared to the best-in-class. 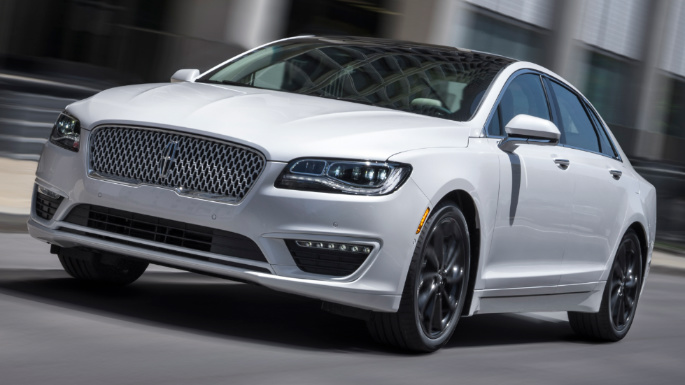 According to reviewers, the MKZ provides a good driving experience, given the right expectations. It is one of the last in a dying breed of big, American luxury cars, and it rides and handles as such.

Reviewers note that regardless of drivetrain or powertrain, the car rides very smoothly, and everything else runs nearly flawlessly. Despite its aging design, the six-speed automatic transmission shifts effortlessly and without any noticeable shift points. Both the four-cylinder and twin-turbo V6 engines also function without vibrations and much noise, as noted by reviewers. Almost all agree that the V6 engine is the one to go with for appropriate power for the car's size. One common complaint is that the four-cylinder engine is underpowered, even if it functions very smoothly under usual driving conditions.

With the V6 engine's high praise also comes some unsettled driving when the MKZ is equipped with front-wheel-drive. Testers experienced some unexpected uneasiness under hard acceleration, but the all-wheel-drive system helps propel the car forward with surprising force.

Where the highly-rated engines excel, the handling of the MKZ lets the car down compared to others in the segment. The MKZ does deliver superior ride comfort, in part, because of its adaptive suspension; however, this also makes the car lazier around the corners. No reviewer has called the car sloppy, but almost all note that it does not stand up to competitors when precision handling is necessary. One strong point the MKZ does offer is its drive mode selection system – Lincoln Drive Control. Reviewers find it to work well, even compared to others. Many of these systems do not offer a noticeable difference in driving experience when utilized, but in the MKZ, it is said to help.

The hybrid MKZ is not designed to be as peppy or powerful as the V6, but it gets the job done similarly to the base four-cylinder with the added benefit of torque from the electric motor. Even though it only provides 188 horsepower instead of the 245 horsepower made by the standalone four-cylinder, it feels powerful at lower speeds. In more urgent circumstances, the weight of the car and the added weight of the electric motor make it feel more sluggish, according to testers. 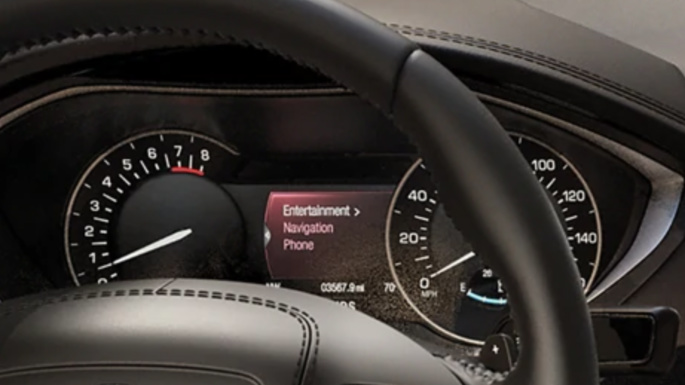 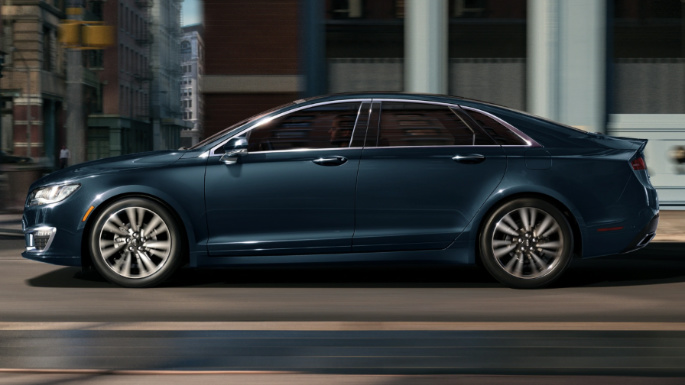 The base Lincoln MKZ pricing starts at $37,745 after a $995 destination fee is added to the $36,750 MSRP. Front-wheel-drive comes standard with all-wheel-drive as a $1000 upgrade. The only engine available for base models is a 2.0-liter turbocharged four-cylinder making 245 horsepower.

The Lincoln MKZ Reserve is the only other trim level offered for 2020. It starts at $43,495 after adding the destination fee. Reserve trim levels come standard with the turbo four-cylinder from the base model and front-wheel-drive. Both all-wheel-drive and a twin-turbo V6 engine producing 400 horsepower are options for the trim and add $3000 to the total cost.

In addition to the standard features from the base MKZ, the Reserve trim adds active park assist, a power-operated trunk with a soft-close feature, leather upholstery, a voice-activated navigation system, power moonroof, a 14-speaker Revel audio system, and a power steering wheel.