Despite heaps of attention paid to the first-ever Porsche Taycan and a reported 30,000 pre-orders for the all-electric car, many car shoppers say they’d still prefer a Tesla Model S.

Shoppers were then asked to pick three reasons they chose the car that they did.

Here’s a look at the top reasons people choose the Model S and the percentage of respondents who chose that in their top three reasons: 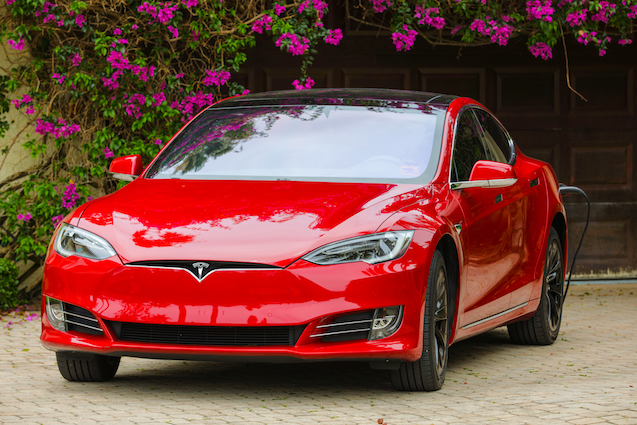 Porsche Taycan:
The top three most popular reasons consumers chose the Taycan and the percentage of respondents who chose them were:

“The Taycan is arguably Tesla’s biggest challenger yet,” said Chase Disher, analyst at Autolist. “It can match point-for-point nearly all of the things that have made the Model S so popular for so long.”

Yet the survey identified one key advantage for the Tesla: Supercharging.

Brand reputation, performance and styling matter to consumers, regardless of which of the two cars they choose, Autolist’s survey found. But access to -- and familiarity with -- the Supercharging network could tip consumers towards Tesla rather than the Taycan and other forthcoming rivals.

Tesla currently has more than 600 Supercharging stations across the U.S., a network that no other EV brand can currently match.

“Porsche -- like any brand challenging Tesla on the EV front -- has its work cut out for it when it comes to charging infrastructure,” said Disher. “Even as the luxe EV market heats up in the near future, Tesla’s Supercharging network will continue to be a huge advantage.”

Autolist found in an earlier survey that access to a robust charging infrastructure was a crucial element buyers considered when shopping for EVs.

Porsche has worked to minimize long charge times on the Taycan by equipping it with an advanced 800-volt charging system. This setup can add as much as 60 miles of range in about four minutes and as much as 80 percent of battery capacity (roughly 250 miles) in under 20 minutes.

The new Taycan will need a robust fast-charging network in order to put that high-powered system to proper use.

Enter the nascent -- and growing -- Electrify America network. It’s owned by Volkswagen and is mandated as part of the settlement resulting from the VW’s Dieselgate scandal. Currently, the outfit is building 300 charging stations along U.S. highways in 42 states, plus another 180 stations in and around 17 major cities.

Meanwhile, the Taycan’s advantage could lie in its performance.

Official specs for the Taycan’a powertrain -- which Porsche initially launched as the Mission E concept -- have yet to be revealed. But the four-door model is expected to offer more than 600 horsepower (more with a short-term overboost feature) and from a pair of electric motors, a sub-three-second 0-60 mph acceleration time and a range of 230 to 250 miles based on the EPA test cycle (which is more strict than the European WLTP test cycle). 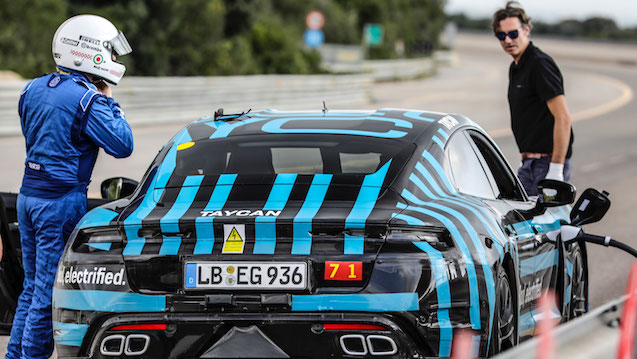 It is smaller than Porsche’s Panamera full-size sedan but larger than the 911 sports car.

Performance when the road curves

That the sedans’ performance was a priority for respondents regardless of which brand they chose should bode well for the potential success of the Taycan.

The Model S has earned rave reviews from critics and consumers alike for its straight-line performance.

Yet it’s a heavy sedan that likely won’t match the handling and dynamics of the smaller Porsche, particularly more expensive trim levels (like the expected Turbo S) that are expected to include an active anti-roll suspension system and four-wheel steering.

Porsche has made it clear that handling will be a priority, running the electric vehicle around the famed Nurburgring track in 7 minutes, 42 seconds.

If the electric Porsche can live up to its brand’s reputation, it could replace the Models S as the benchmark for EV sedans over time.

“Clearly performance is important to luxury EV buyers, as this study shows,” Disher said. “Porsche is well-positioned to capitalize on its performance pedigree and decades of racing success and this could really start to erode Tesla’s stranglehold on the electric sedan market.”

Curiously, more practical factors like the cars’ range, battery-recharge times and whether or not buyers would get their car from a dealer (which Porsche has while Tesla does not) ranked at the bottom of priorities for both the Taycan and the Model S. Tesla’s ability to update its vehicles’ software over the air also ranked low on buyers’ list of priorities.

That respondents made battery charge times a low priority runs could be an unwelcome speedbump for Porsche, given the considerable time and money that Porsche has spent developing the Taycan’s 800-volt system. 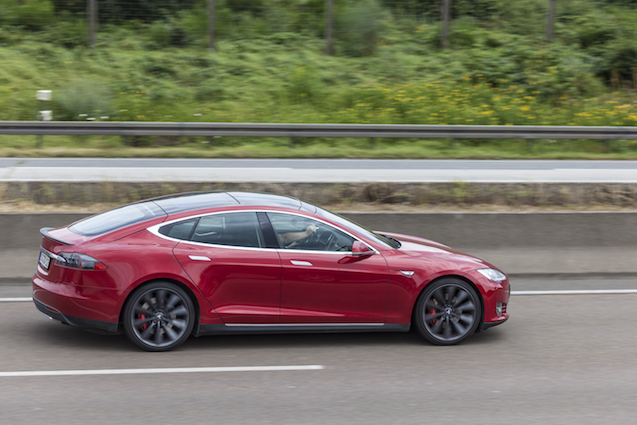 Autolist’s survey also found that buyers choosing the Porsche Taycan preferred it for very specific reasons, while there was more parity in the top attributes of the Model S.

For example, the Taycan’s top three attributes (brand reputation, performance and exterior styling) gathered of the vote 59 percent, 46 percent and 37 percent, respectively, significant margins above the other factors.

On the Model S side, it was a different story. As mentioned, the top three reasons people said they preferred the Model S were: brand reputation, performance -- and then in a four-way tie for third -- the car’s efficiency, exterior styling, greater trust in Tesla to build an EV and Tesla’s Supercharging network.

But those attributes of the Model S each gathered a lower percentage of votes than the Porsche Taycan:

The Taycan will go on sale in 2020. Porsche’s corporate cousin Audi is expected to launch its own version of the Taycan to be called the e-tron GT.