Poll: Consumers prefer EV trucks from GM, Ford over Rivian, Tesla Cybertruck, but not by much

The electric pickup truck wars haven’t officially started yet, but there’s potentially good news for General Motors and Ford as they look to stave off challenges from Tesla and Rivian. A new survey by Autolist.com found that more consumers would prefer an EV pickup from the incumbent brands than the newcomers -- unless they’ve never owned a truck before.

Autolist surveyed roughly 1,100 current car shoppers in late November and early December and asked them which of the four upcoming electric trucks they would prefer: the unnamed General Motors pickup, Ford’s next-gen all-electric F-150, the Tesla Cybertruck, or Rivian’s R1T.

Across all respondents, GM’s truck was the top choice, grabbing 29 percent of the vote. Ford’s truck followed closely behind, with 27 percent, followed by the Rivian R1T at 24 percent, and Tesla’s Cybertruck, with 20 percent.

“Frankly, these results are good for all four brands,” said Chase Disher, analyst at Autolist.com. “It shows that Ford and GM can leverage their considerable -- and existing -- truck followings to boost interest in their EV models. Meanwhile, it shows that Tesla and Rivian could be poised to grab a meaningful share of a crucial new growth segment.”

This quartet of EV trucks is expected to start hitting the road in 2021. Of the four, details on GM’s model remain the thinnest; the automaker has yet to confirm which of its nameplates will carry the EV pickup, and there are persistent rumors that GM will resurrect the Hummer brand as an all-electric nameplate. 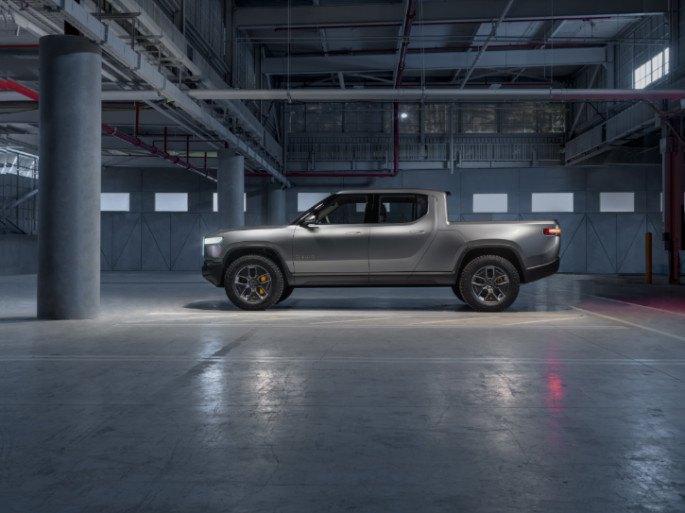 Autolist also asked respondents whether they currently own or have previously owned a full-size truck, to see if there was any correlation between existing truck ownership and appetite for an EV version.

Fifty percent of respondents had never owned a truck; 49 percent had owned a truck, and one percent was unsure.

The survey found that if people had never owned a truck before, they were more likely to consider the Tesla Cybertruck than if they have owned a truck in their lifetime.

In fact, among non-truck owners, the Cybertruck was the most popular choice of the four in the survey:

Here’s the popularity of the four EV trucks among people who had owned a truck before:

One noteworthy result here was the fact that the popularity of the EV trucks from Ford, GM, and Tesla swung considerably, depending on prior truck ownership. Yet interest in the Rivian was nearly the same regardless of whether the consumer had owned a truck before.

“What this tells us is that the upcoming Rivian and Tesla trucks can coexist on the market as newcomers without cannibalizing sales from one another,” Disher said. “The Rivian can appeal to a more traditional truck buyer looking for something fresh, while the Tesla can appeal to those new to the segment looking for a more performance-based model.”

The significant price difference between the base Cybertruck (priced between $40,000 and $69,900) and the Rivian R1T (which starts at $69,000) should help further differentiate the two.

Strengths of each model

Autolist also asked each respondent to pick three reasons why they choose that particular truck.

The top five most-cited reasons for each truck -- and the percentage of respondents who choose each -- are as follows: 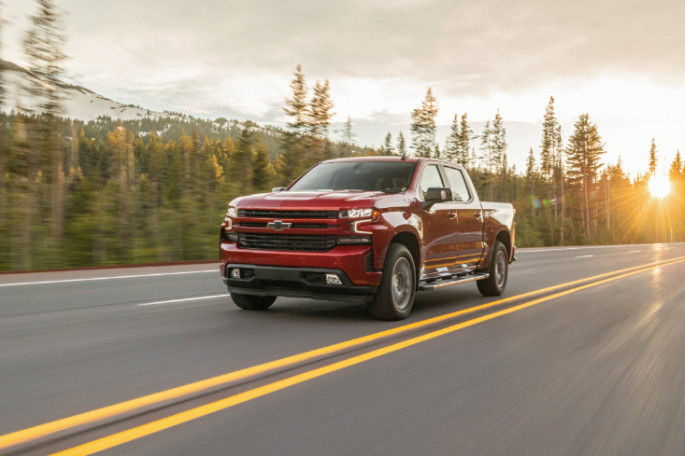 “This survey indicates that GM -- regardless of which brand they launch their EV truck with -- has the most to gain from awareness and trust in its current products,” Disher said. “This is likely due to the combination of a strong truck portfolio and a longer EV legacy than most incumbent automakers.” 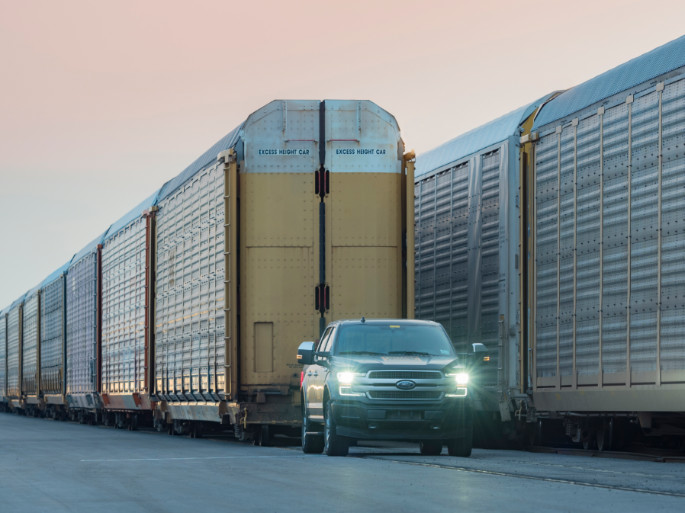 “Like GM, Ford should be able to capitalize on its widespread awareness and trust in the F-150 name,” Disher said. “It’s practically its own brand within Ford, and its immense annual sales volumes should give the upcoming electric version a leg up in terms of overall sales.” 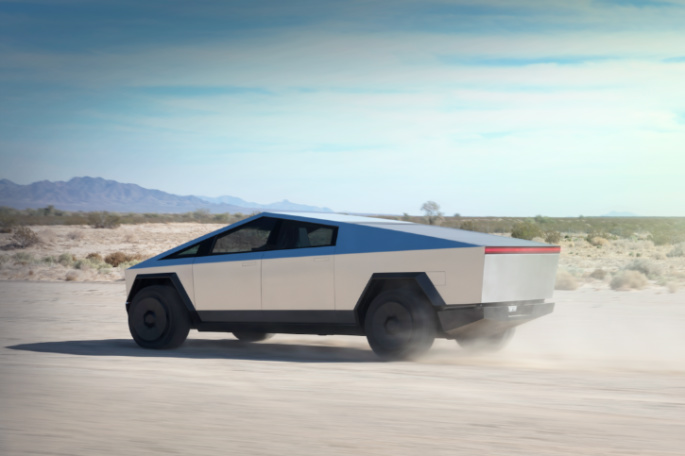 The number one reason people choose the Cybertruck was its expected performance, which was not the case for any of the other three rivals.

“This shows us what’s drawing people to the Tesla truck,” Disher said. “It’s not outright practicality, efficiency, towing or hauling capabilities as is generally the case with pickups. Fans of this truck like it for its promised performance first.”

Also interesting was the lack of “Exterior styling” among the top reasons people choose the wild -- and polarizing -- Tesla Cybertruck. In fact, not a single respondent choose “Exterior styling” as a reason for picking the Tesla over the other three EVs.

It’s also worth noting that two of Tesla’s best-known entities -- its Supercharging network and its Autopilot hands-free driving system -- were cited in the top five reasons people choose the Cybertruck. The popularity of these features is regularly cited by experts and executives at other automakers as important advantages weighing in Tesla’s favor.

It’s also a phenomenon Autolist has also observed in two prior surveys that pit a Tesla vehicle against a legacy competitor, be it Porsche’s Taycan or Ford’s Mach E. 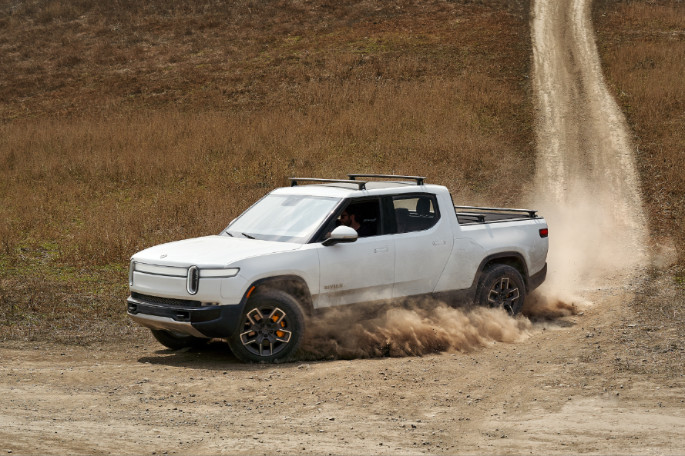 Rivian’s results were noteworthy because -- unlike the Tesla -- its exterior styling proved to be its biggest draw in Autolist’s survey. It’s also the least well-known brand in this four-way comparison, yet it still topped Tesla’s Cybertruck overall in this poll.

“The Rivian R1T falls on the premium end of the growing lifestyle truck segment and offers a unique mix of aspirational features and everyday practicality,” Disher said. “It’s just different enough so as to attract plenty of well-heeled, outdoor-minded buyers, but unlike the Tesla, the Rivian’s shape and design are familiar enough to make existing truck owners feel comfortable driving one.”

Autolist’s survey found that the popularity of Tesla’s Cybertruck was closely linked to the age of the respondent: the younger the consumer, the more likely they are to choose the Tesla.

It was the most popular choice by a wide margin among respondents 18 to 28 years old, with Ford’s F-150 Electric ranking second with this age group, Rivian’s R1T coming in third, and GM’s EV truck in fourth.

The Rivian was the most popular with shoppers 29-35, followed by the GM, the Ford, and the Tesla. Those results repeated themselves for shoppers 46-55 years old.

For all other age groups, it was the GM electric that was on top, followed by the Ford, with the Tesla Cybertruck on the bottom.

“This is both a blessing and a curse for Tesla,” Disher said. “While any automaker welcomes the enthusiasm of a younger buyer, it’s typically the older, affluent consumer who actually buys more of these high-dollar vehicles.”