Tesla is still the most trusted name in autonomous vehicles, according to a recent study by Autolist.com. But the electric automaker’s reputation among consumers is slipping.

The study asked current car shoppers which company they trusted the most to bring to market a self-driving vehicle. Tesla was the top choice, with 24 percent of respondents choosing the Palo Alto company.

That number is down from a year earlier when a 2018 version of the same survey found that 32 percent of consumers picked Tesla as the company they trusted the most.

“Tesla’s reputation as a leader in the autonomous space has taken a hit over the last year,” said Chase Disher, analyst at Autolist. “While its semi-autonomous Autopilot system has a loyal following and great name recognition, several high-profile crashes and concerns about its driver monitoring system may be eroding the public’s impression of Tesla as a potential leader in the self-driving space.” 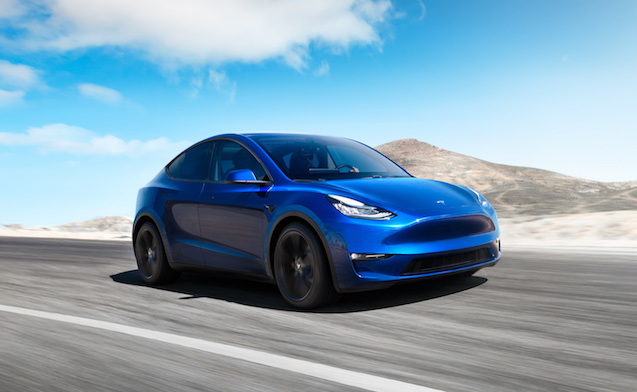 Toyota was the highest-ranked legacy automaker for the second year in a row, with 18 percent of respondents choosing it as their most-trusted brand, a bump from 15 percent last year.

General Motors saw the biggest increase in public perception year-over-year in Autolist’s survey. It moved to 15 percent from nine percent in 2018.

Finally, there were signs that Uber may be putting last year’s fatal accident with a cyclist in Arizona behind it: seven percent of respondents cited it as their most-trusted company, a slight increase over last year’s six percent.

Autolist’s survey polled 1,650 current car shoppers in early April to gauge their impressions of leadership in the semi-autonomous and self-driving space.

“It’s important to remember that currently, no automaker offers a fully autonomous or self-driving vehicle,” Disher said. “And the reality is that this tech is likely years away from being ready.”

The systems that are currently available do allow hands-free driving on the highway but they require the driver to pay attention at all times and be ready to intervene whenever necessary.

General Motors’ Cadillac luxury brand has earned praise for its Super Cruise hands-free semi-autonomous freeway driving system that’s available on its CT6 (and which will be rolled out to all Cadillac and other GM products in the coming years). 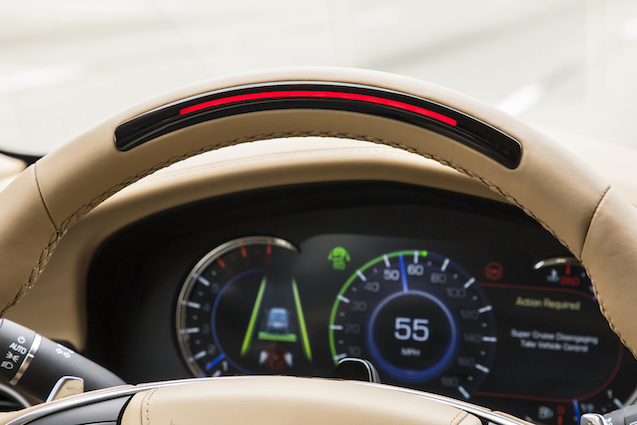 The Super Cruise setup -- seen above -- is notable for its driver monitoring functionality, which aims an infrared camera at the driver’s face and it can detect when the driver looks away or is otherwise distracted. After about eight seconds of inattentiveness, the system will first alert the driver before starting an escalating series of actions before eventually disengaging the system and bringing the vehicle to a stop.

Tesla’s Autopilot is the best-known example of a semi-autonomous system currently available, and an update earlier this month now allows Tesla vehicles to drive on freeways from on-ramp to off-ramp without driver intervention, including automatic lane changes.

Critics of Tesla’s Autopilot have pointed out that while the system is one of the most advanced on the market, it doesn’t yet have a robust driver monitoring system to match its capabilities as the Cadillac setup does. This, plus the fact that Tesla has marketed the most advanced version of the Autopilot system as “Full Self Driving,” could lead to a false sense of security.

Several high-profile fatal crashes of Tesla vehicles over the past year may have also soured consumers on the Autopilot name. “Accidents involving Teslas have always attracted more attention than legacy brands,” Disher said.

The National Highway Traffic Safety Administration is investigating both crashes and it’s not yet known if Tesla’s Autopilot played any role in either.

Looking to double down on its perceived leadership in the semi-autonomous space, Tesla held an “Autonomy Investor Day” on April 22 at its Palo Alto headquarters. The automaker says its in-house fully self-driving computer is “currently in production and...will enable full-self driving via future over-the-air software updates.” Investors were given a “deep dive” into the brand’s self-driving tech.