Powertrain: A 2.5-liter four-cylinder engine with 170 horsepower and 175 pound-feet of torque, paired to a continuously variable transmission (CVT) and front-wheel-drive.

A 2.0-liter four-cylinder engine paired with a 30-kW electric motor for a combined output of 176 horsepower. 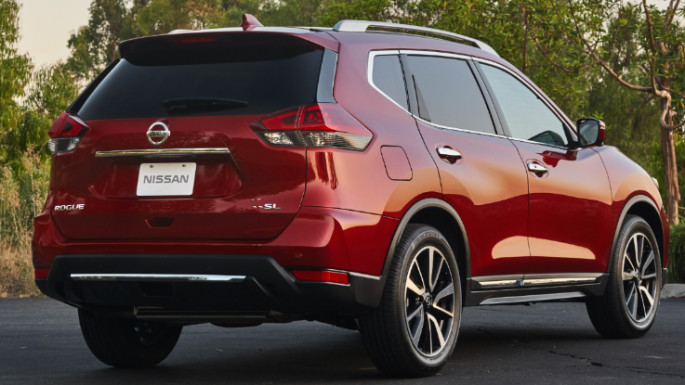 The Nissan Rogue is an essential model for its maker and has been one of the brand's top-selling vehicles for several years. It slots in between the smaller Juke and larger Pathfinder in the company's lineup. The Rogue was last thoroughly updated for the 2014 model year. Updates for 2019 include the addition of several new packages and a host of newly standard advanced driver assistance features.

The 2019 Rogue is offered in three trims: S, SV, and SL. All models are available with all-wheel-drive, but come standard with front-wheel drive. The crossover comes with one powertrain for 2019: A 170-horsepower 2.5-liter four-cylinder engine. It's paired with Nissan's continuously variable transmission (CVT) with a specialized shift program to emulate a "normal" automatic gearbox.

The Rogue Hybrid is powered by a 2.0-liter four-cylinder paired with a 30kW electric motor and a CVT. The total system output is 176 horsepower.

The Nissan Rogue does business in a crowded and highly competitive segment that also includes the Honda CR-V, Toyota RAV4, Subaru Outback, Mazda CX-3, Ford Escape, Hyundai Tucson, and Volkswagen Tiguan. Buyers may also shop the Rogue against the Subaru Forester or Mazda CX-5. It's targeted at price-conscious new car buyers that want a comfortable crossover with excellent safety features.

The Rogue's big win in the segment is its smooth and calm ride. Nissan didn't try to pack the crossover with sporty features or overly aggressive styling that can muck up the ride with big wheels and small tires, stiff suspension, and a gruff, sporty interior. The Rogue knows its place in the crossover world and performs its duties as a family hauler and road trip machine admirably.

Where the Rogue falls is in handling and driving experience. It's designed for efficiency and comfort over all else, which has led Nissan to equip the crossover with soft suspension that allows far more body roll and motion in corners and on the highway than we'd like to see. 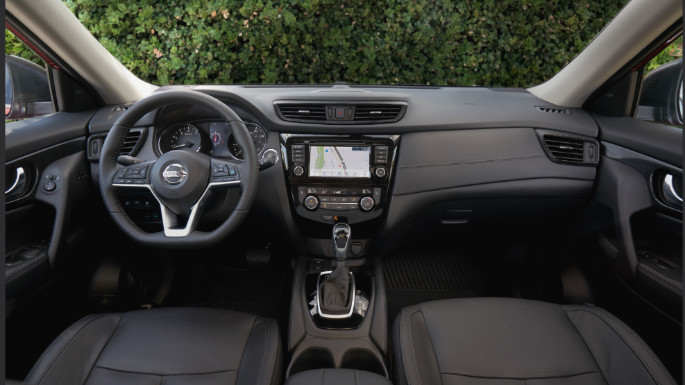 The Insurance Institute for Highway Safety awarded the 2019 Rogue with a Top Safety Pick designation. That award is based on the crossover's Good scores in all crashworthiness categories except for passenger-side, where it earned an Acceptable rating. Its headlights were rated either Acceptable or Poor, depending on the trim level and equipped options. Front vehicle-to-vehicle crash prevention was rated Superior, but front vehicle-to-pedestrian crash protection earned an Advanced rating. The Rogue's LATCH system ease of use was rated Acceptable because of the crossover's back seat features that make it difficult to install and uninstall car seats. 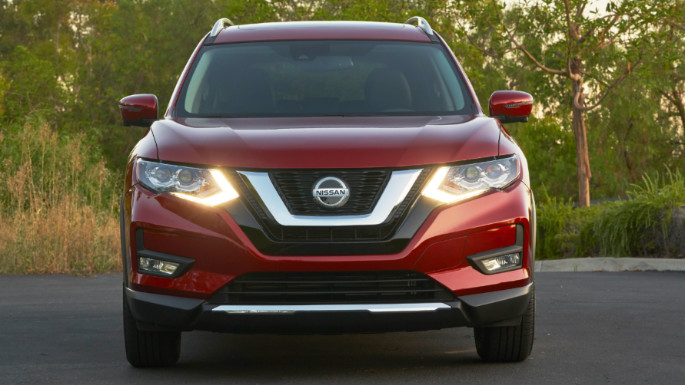 There's not much to complain about with the Rogue's standard equipment, but some of the best features, especially safety tech, are held back for the highest and most expensive trim level. That said, the Rogue is priced competitively and can be outfitted nicely without stepping up to the most expensive models.

Even though it's got a healthy list of standard features, the Rogue's driving experience and powertrain aren't up to the task and drag the crossover's value proposition down quite notably. Other competitors in the space, such as the Toyota RAV4 and Honda CR-V, have refined powertrains that provide more than enough acceleration. At the same time, the Rogue was designed with an emphasis on efficiency over performance.

The Rogue Hybrid has many of the same features as its gas-powered counterpart but adds an extra fuel efficiency layer. It's also priced reasonably against the Toyota RAV4 Hybrid, which pushes the Rogue Hybrid's value ahead of the standard Rogue. 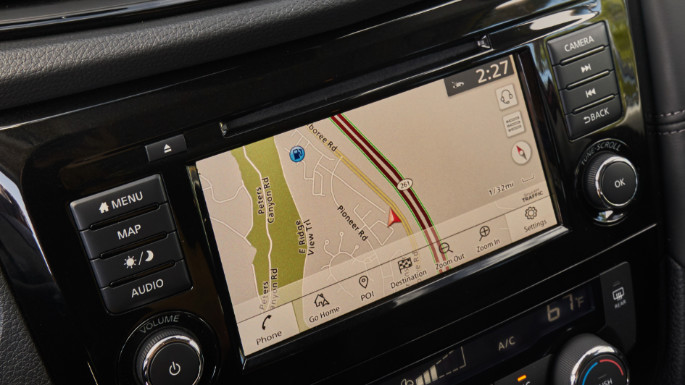 Nissan's infotainment system is a bit clunky and feels outdated compared to its competitors. The Rogue's 7-inch screen runs that software flawlessly, however, and the standard inclusion of Apple CarPlay and Android Auto will help most drivers overcome the system. The Rogue's quiet, smooth ride helps the stereo sound great, even in its base configuration. Sounds are clear, loud, and free of distortion at all but the highest volume levels. 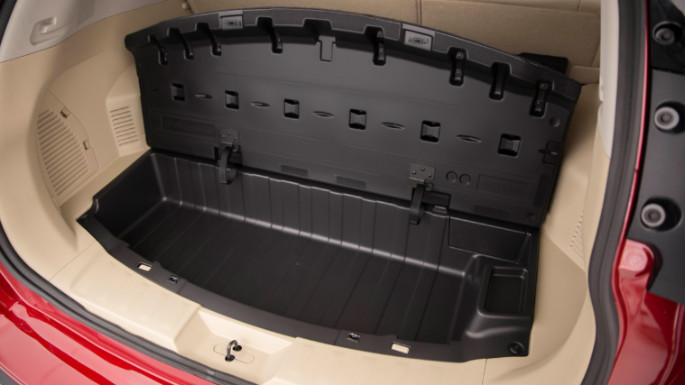 The Rogue offers generous passenger space in both rows of seats. The tallest adults will find the rear seats to be a bit cramped as legroom isn't the best, but overall comfort is top-notch. Nissan's Zero Gravity front seats come on every 2019 Rogue, and they are among the most comfortable in any vehicle on the market today.

The Rogue's cargo area is cavernous, despite the crossover's compact overall dimensions. The cargo hold can carry several carry-on sized bags and can accommodate quite a few suitcases as well. The cargo space in non-hybrid models offers the ability to raise or lower the floor for more flexibility carrying large items. The vehicle's reasonable ride height and low load floor make it easy to get heavy items in and out.

That same agreeable nature will make parents happy with the Rogue. The back seat is spacious and makes an ideal home for car seats of all sizes. The vehicle offers sizeable rear door openings with doors that swing wide to allow easy loading and unloading of children. The Rogue's questionable LATCH system rating from the IIHS refers to how hard it is to install or remove car seats. That is because the crossover's back-seat padding interferes with the anchor points, partially covering them and making them difficult to find with a seatbelt harness. 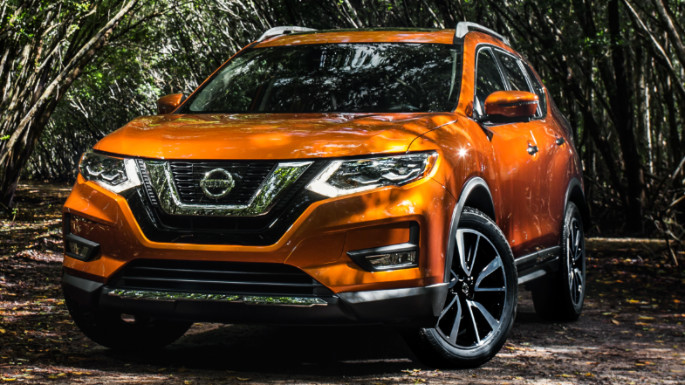 The Nissan Rogue's style has moved more in the aggressive direction in recent years and is light years away from the round, somewhat frumpy shape that dominated the crossover's lineup in the beginning. Recent updates have brought Nissan's "V" grille to the Rogue, and the rest of the crossover's exterior has become sharper than before.

The Rogue's interior isn't anything fancy, but it's designed with usability and utility in mind. That means that entering and exiting the vehicle and using its interior functions (infotainment, etc.) is easy and intuitive. All displays, buttons, and infotainment screen are oriented in such a way as to be easily accessible for both the driver and front passenger. Though smallish, the display is bright and has good viewing angles that make using it while driving much more comfortable.

The Rogue has an agreeable ride height that makes it easy to enter and exit. It makes the Nissan ideal for people who regularly need to transport passengers with mobility needs, parents with children in car seats, and people who live in tight urban areas where quick entry and exit are key. Outward visibility is good, but large D-pillars make for a difficult time with blind spots. Thankfully, the Rogue is equipped with a load of safety tech that reduces anxiety in traffic. 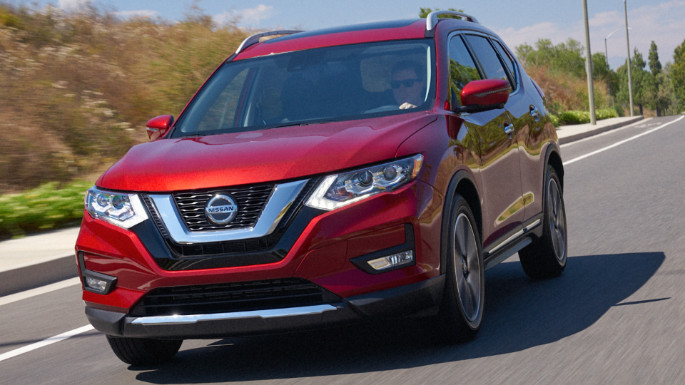 The Rogue's powertrains are designed for efficiency over all else. The crossover takes considerable effort to get up to speed and makes a loud, strained noise while doing it. That's due in part to the transmission's tendency to perform sluggishly, which causes the engine to whine and wail harshly. A standard automatic transmission would've been better here, but fuel economy would likely suffer.

Both the Rogue and Rogue Hybrid have quiet, relaxed rides that make them pleasant over almost any road surface or condition. That same comfort makes for a soft feel in the corners, making it seem unsettled at times. There's more movement than is expected, especially at highway speeds.

Steering is light and sharp, which significantly benefits in-town maneuverability, but also makes the crossover feel even softer and wobblier than the suspension already does. 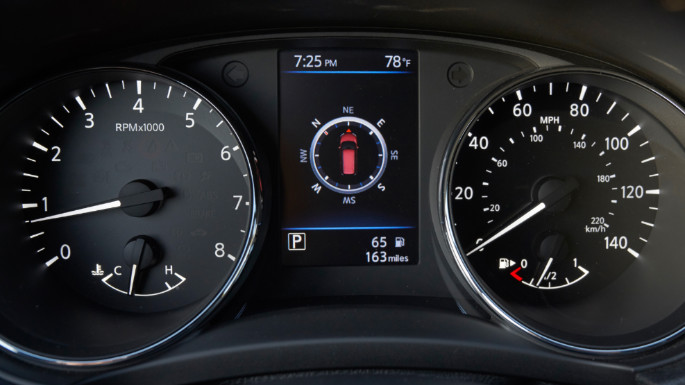 The Rogue Hybrid with front-wheel drive is rated at 33/35/34 mpg city/highway/combined. With all-wheel-drive, those ratings change to 31/34/33 mpg.

Though it's got competitive fuel economy numbers, the Rogue's problems arise with its power output. Driving the vehicle with any sense of urgency taxes the anemic powertrain greatly and reduces gas mileage considerably. Longer drives through mixed traffic conditions consistently results in the standard Rogue delivering lower fuel economy numbers than its EPA estimates would suggest.

The Rogue's saving grace is its Hybrid. For not a lot more money, buyers can opt for the more efficient crossover, which is competitive with other crossovers and many sedans. 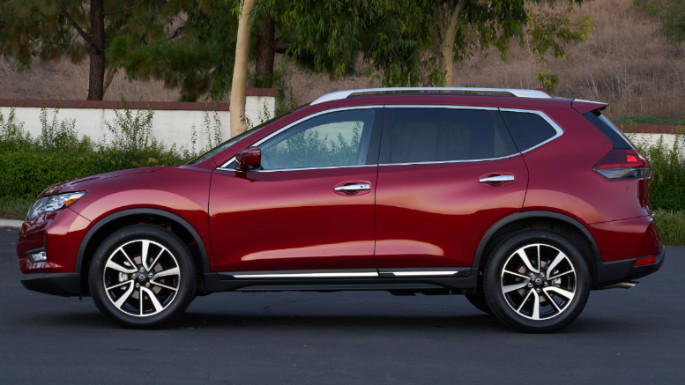 The Rogue SV FWD has a base MSRP of $27,485. It comes with heated side mirrors, rear privacy glass, roof rails, a motion-activated liftgate, outside mirror-mounted turn signals, heated driver and front passenger seats, and rear automatic emergency braking.

If we were in the market for a Rogue today, we'd opt for the midrange SV trim and upgrade to a hybrid model. Since the Rogue's focus is on fuel economy over outright performance, the hybrid system makes the most sense. The same comfortable ride and cushy interior accommodations come in the Hybrid model, which offers significant fuel economy benefits over its standard fuel-powered counterpart. That said, it's hard to argue with the range-topping SL model's price tag. The all-in price of just over $34,000 buys a vehicle with every bell and whistle available, and the fuel economy is a big bonus to that luxurious setup.